How do you watch the Star Wars movies in order? A long, long time ago, in a galaxy far, far away, George Lucas wrote and directed a science fiction movie that’s spawned one of the biggest franchises in the world, introducing the world to literally hundreds of Star Wars characters. Over 40 years later, it’s still going, with new instalments, spin-offs, and more merchandise than you’d ever know what to do with.

Since the original trilogy back in the ’70s and ’80s, Lucas himself has gone back and made a second set of movies, the prequels, leading into the events of A New Hope. Then, in the 2010s, Disney bought Lucasfilm, and got to work making the sequel trilogy, carrying on from after Return of the Jedi.

That’s not all Disney produced: two spin-offs were made, exploring different avenues of the canon, and several sci-fi series. It can be a little much, and if you’re a casual or lapsed fan, or someone who’s decided to figure out what all this ‘the Force’ guff is about, look no further. It doesn’t matter if you’re Jedi or Sith, this is how you watch the Star Wars movies in order.

What is the correct order to watch Star Wars in? 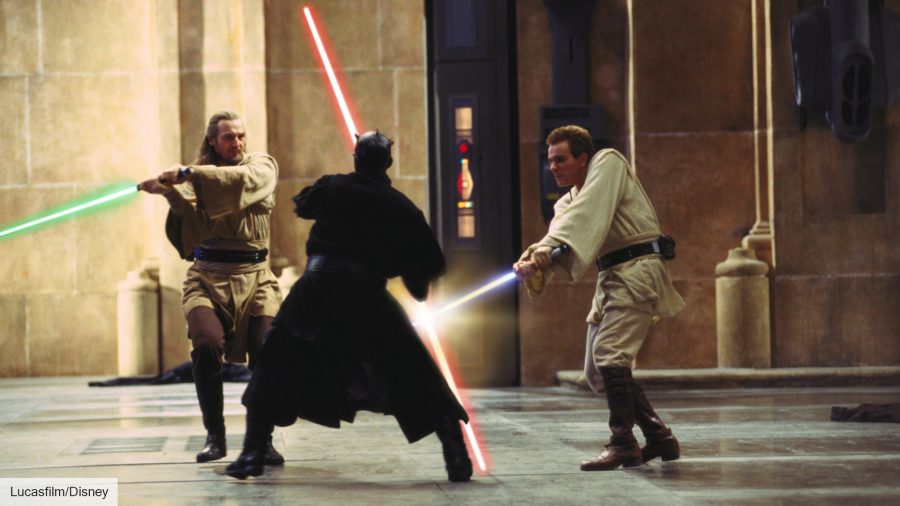 The simplest way to watch every cinematic chapter of Star Wars is to start at, well, the start, and work your way forward. Kick off with The Phantom Menace, from 1999, and become acquainted with a young Obi-Wan Kenobi (Ewan McGregor), Queen Padmé Amidala (Natalie Portman), and Anakin Skywalker (Jake Lloyd). There’s the Jedi council, too, and scenes of the Trade Federation give an insight into the crumbling intergalactic politics, and you have the mysterious Darth Sidious (Ian McDiarmid), and his protege, Darth Maul (Ray Park).

Anakin, Obi-Wan, and Padmé’s story continues into Attack of the Clones, where it turns out Count Dooku (Christopher Lee) is working with the elusive Sidious to lead an insurgency using a droid army. This carries into Revenge of the Sith, where Anakin is manipulated by Palpatine to turn to the dark side, helping to wipe out the Jedi and force survivors into hiding. Anakin loses a battle to Obi-Wan, and becomes Darth Vader in the crushing end scene.

Padmé had Anakin’s children, and their twins are separated for protection. Yoda and Obi-Wan retreat to the shadows. We see the fallout in Solo: A Star Wars Story, where plucky upstart Han Solo (Alden Ehrenreich) spends a little time fighting in the trenches of the Empire’s ongoing crusades before resigning himself to a life of crime. Chewbacca (Joonas Suotamo) is by his side, and Lando Calrissian (Donald Glover) is knocking around, too.

Rogue One: A Star Wars Story takes a different angle, showing The Rebellion’s masterplan to finally put a real dent in the Empire. Jyn Erso (Felicity Jones) and Cassian Andor (Diego Luna) lead a misfit group that includes blind Force believer Chirrut Imwe (Donnie Yen), and K-2SO (Alan Rudyk). Nobody survives, but they get the plans for the Empire’s new weapon to a grown-up Leia.

The next movie is the Star Wars we’re all familiar with – Episode IV: A New Hope. We meet Luke Skywalker (Mark Hamill) and Princess Leia Organa (Carrie Fisher), Darth Vader (David Prowse and James Earl Jones), and Han Solo (Harrison Ford) shows up. Some plucky robots named R2-D2 (Kenny Baker) and C-3PO (Anthony Daniels) are involved, too. An older Obi-Wan (Alec Guinness) brings them together, for their combined stand against Vader’s efforts to rule the galaxy. 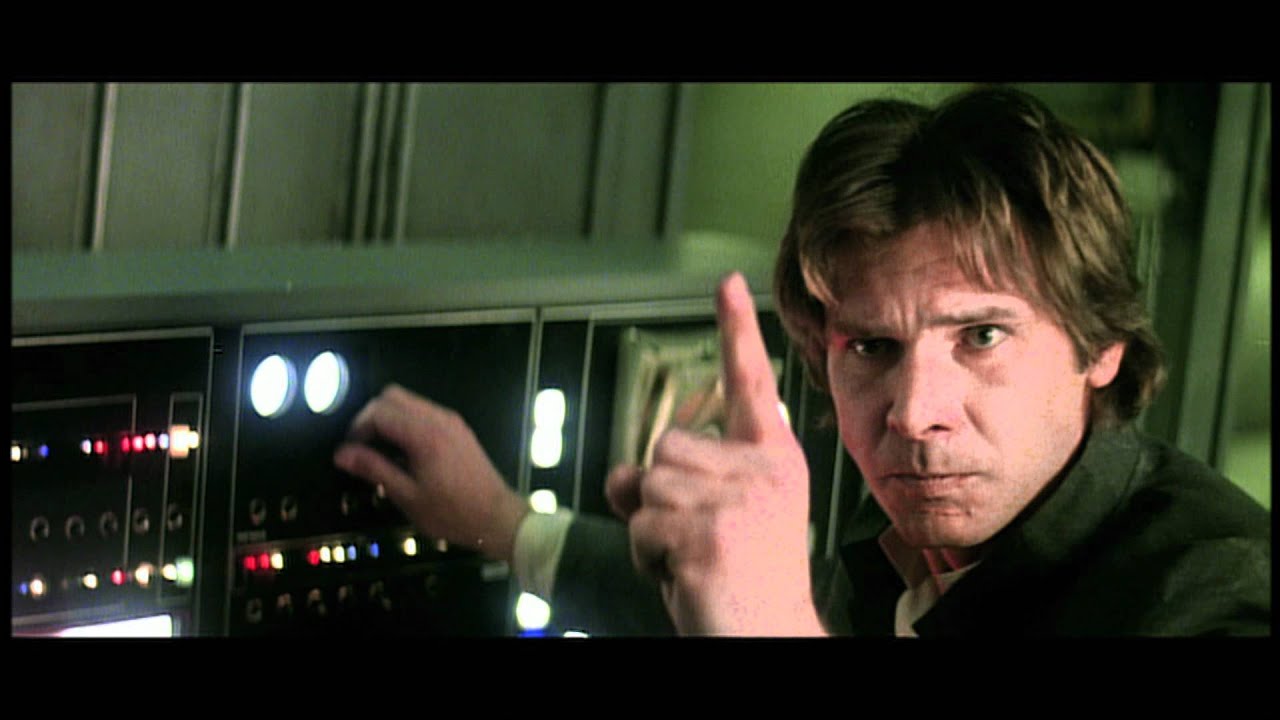 The Empire Strikes Back deals our heroes some losses. Luke starts his Jedi training under master Yoda, and Lando (Billy Dee Williams) proves he’s still as tricky as ever. Losing the Death Star in A New Hope brings out Vader’s vengeful side, and a broad cliffhanger brings us into Return of the Jedi.

With some Ewoks by their side, the heroes manage to destroy a second Death Star and save everyone. Peace is temporarily restored, but some still find the Empire’s ideals pervasive. Fast forward to The Force Awakens, the franchise’s big screen return in 2015.

The Force is strong: The best sci-fi series

Almost immediately after, we get into The Last Jedi, and the Rebel Alliance, now calling themselves the Resistance, are outmanned and outgunned against the First Order, and everyone’s getting desperate. Finn and newcomer Rose (Kelly Marie Tran) go on a wild goose chase, and Rey begins appealing to Kylo after learning about how Luke almost killed him. Luke, in hiding out of fear, makes a triumphant return in the nick of time.

Lastly, there’s The Rise of Skywalker, and the Emperor makes one last gasp at restoring the dark side and taking over the galaxy. This is Star Wars, so you can guess how that went for him. Lando shows up for the save, and that’s the Skywalker Saga, and Star Wars as a whole, done. From beginning to end, the discovery of Anakin Skywalker and the re-emergence of the dark side, through to a new ethos created around the force by a new generation. 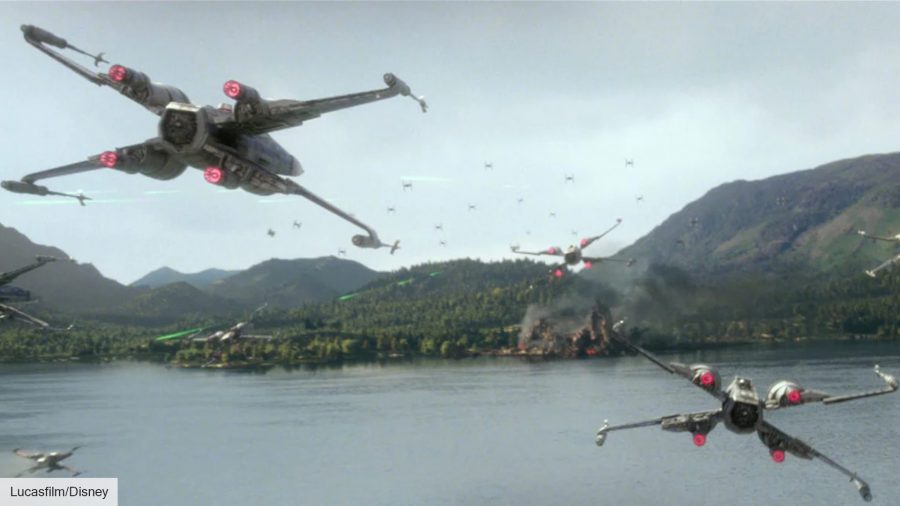 It’s not much for coherence, but watching the Star Wars movies in order of when they came out gives some insight into the filmmakers behind the camera, and the general situation around the movies. The original trilogy – A New Hope, Empire Strikes Back, and Return of the Jedi – provides a stunning evolution in sci-fi and blockbuster filmmaking. George and Marcia Lucas, Irvin Kershner, Richard Marquand, Lawrence Kasdan, and Leigh Bracket, all wrote the handbook on big-budget production and sequelising.

Then we move to 1999, for the grand return of George Lucas and Star Wars for the prequel trilogy. All three were written and directed by Lucas, and it shows. Lots of playful CGI and strange designs, pulpy scripting, and exaggerated performances. The Phantom Menace, Attack of the Clones, and Revenge of the Sith may not be good, but they are memorable, and they’re great for spirited conversation among friends.

One Disney acquisition later, we have the sequel trilogy, kickstarted by director JJ Abrams with The Force Awakens, a movie that worships at the altar of what came before, and pushes the treasured franchise into a new era. Rogue One: A Star Wars Story arrives the year after, filling in the gap between Revenge of the Sith and A New Hope, and then we have Rian Johnson’s The Last Jedi. Easily the most contentious Star Wars movie, it’s undeniably beautiful looking, and focuses on character psychology more than previous entries.

The following year, 2018, is Solo: A Star Wars Story, giving Han that backstory he was so obviously lacking, and then 2019’s The Rise of Skywalker caps off the Star Wars cinematic saga. While not the greatest peak to end on, the future is bright.

The Mandalorian season 3, Ahsoka, and The Bad Batch season 2 are all on the way, and Rian Johnson and Patty Jenkins both have films in development. 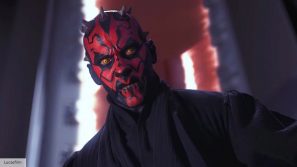