Who are the best Naruto characters? That’s a pretty loaded question, to be honest, as with over 720 episodes, dozens of huge arcs, and an awful lot of filler, we’ve met enough shinobi and random villagers to fill an entire country. Still, we’re nothing if not diligent here at The Digital Fix, so we’ve been through all of the anime series to break down the top ten Naruto characters.

In case you’ve never seen it before, Naruto tells the story of Naruto Uzumaki, a young ninja growing up in the Hidden Leaf village, known as Konoha. From the moment he was born, Naruto was shunned due to having the nine-tailed demon fox sealed within him, which left our hero with a bit of a complex. To gain the respect of his village, Naruto sets out on a quest to become Hokage – the leader of the village – and become the strongest ninja around.

Along the way, he makes enemies into his friends, his friends into enemies, and even convinces a homicidal demon that being sealed in a teenage boy isn’t that bad. But you’re not here for a synopsis; you’re here to see who we think the best Naruto characters are.

Who are the best Naruto characters? 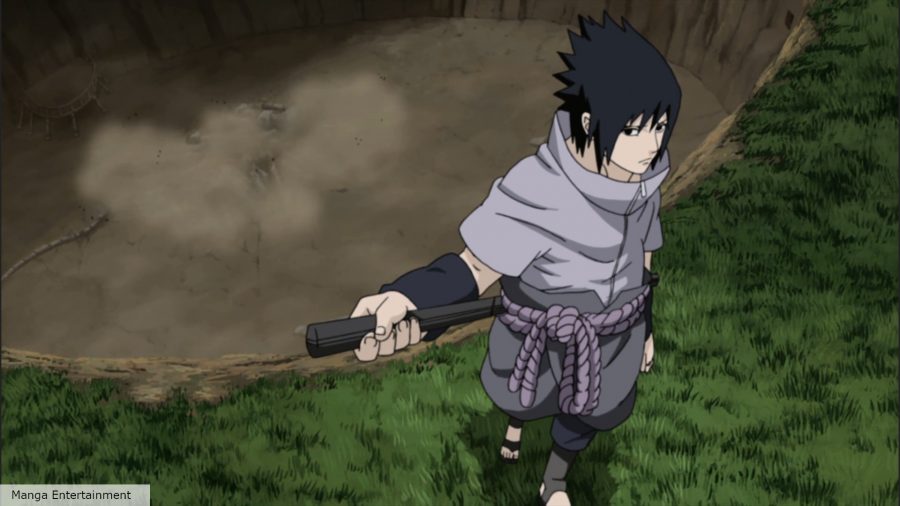 Sasuke barely breaking the top ten! Shinobi sacrilege, surely? Well, unfortunately, Sasuke has never done much for me. I’ll say this; he’s a cool looking character with some interesting powers.

He’s also the deuteragonist of the whole series, so he deserves to be on the list but let’s be honest, Sasuke’s as interesting as a community college class on cushion repair.

He’s a slightly cliched, white bread take on a Shounen rival, Vegeta without the edge – which is saying something. That said, he’s still the second most interesting Uchiha, if only because of his unique and contemptuous relationship with Naruto. 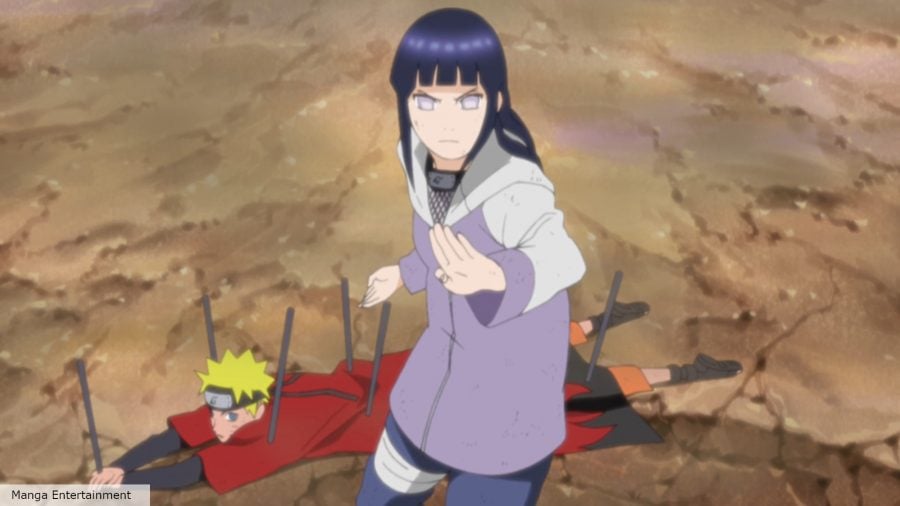 Naruto’s female characters aren’t the most well defined but Hinata bucks the trend. While she starts as a satellite love interest, she slowly develops throughout the series into a confident and powerful ninja in her own right who’s willing to stick up for what she believes in.

Her fight with Pain, when most of Konoha’s shinobi had been literally blown away, always stands out as one of the finest moments in the series and a reminder of Naruto’s core message that friendship is more powerful than hate. Yes, we know she loses… 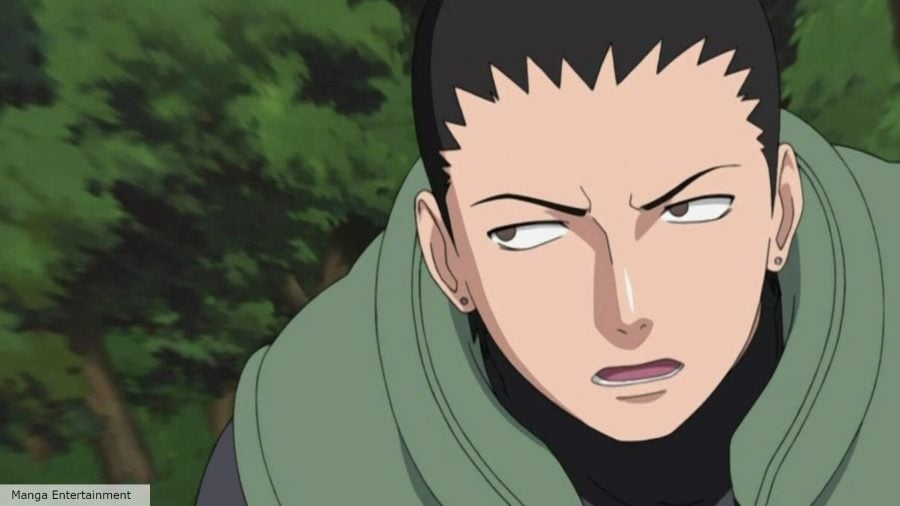 At its heart, Naruto is a series about ninja. So as fun as it is seeing our superpowered heroes chuck balls of undying flame at each other; conjure giant demon foxes from the ether; or teleport, some of the series best fights have come down to tactics and duplicity.

No character embodies this more than Shikamaru, a ninja who lacks the physical prowess of his stealthy comrades but makes up for it with his incredible mind. His battles against Tayuya and Hidan were some of the most interesting in the series thanks to his well thought out strategies which allowed him to beat opponents afar stronger than he was. 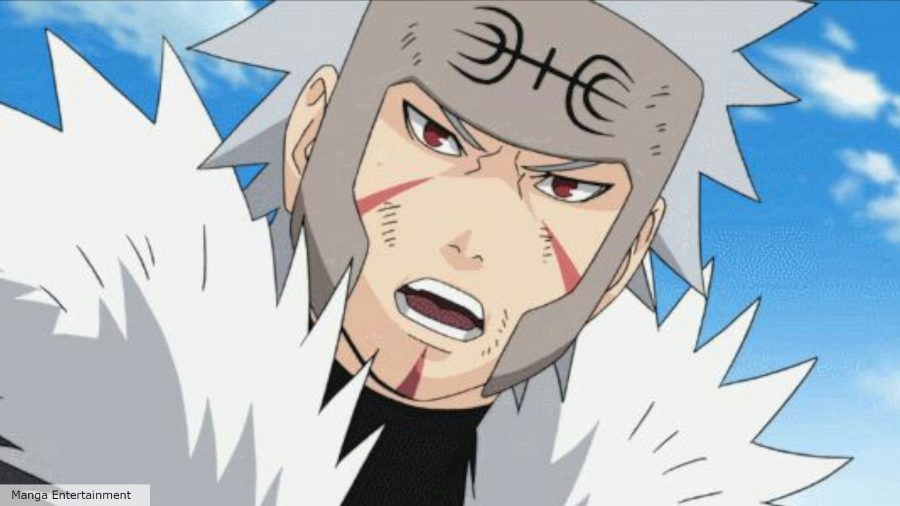 Most people would probably put Hashirama Senju on this list. After all, Hashirama is the elder brother, the First Hokage, and uses the more unique ninjutsu. Yet, to us, Tobirama is the infinitely better character, and it’s the disparity between the two brothers that makes him more interesting.

While Hashiarama was a prodigy, born with a power that essentially made him unbeatable, Tobirama only had standard water jutsu. This forced him to devise his own far more interesting and sinister techniques.

Let’s not forget it was he who invented the Flying Thunder God technique that made Minato a legend, the Shadow Clone that put Naruto on the road to Hokage, and the most evil jutsu seen in the series Summoning: Impure World Reincarnation. Basically, the entire Naruto series would be a lot duller without Tobirama. 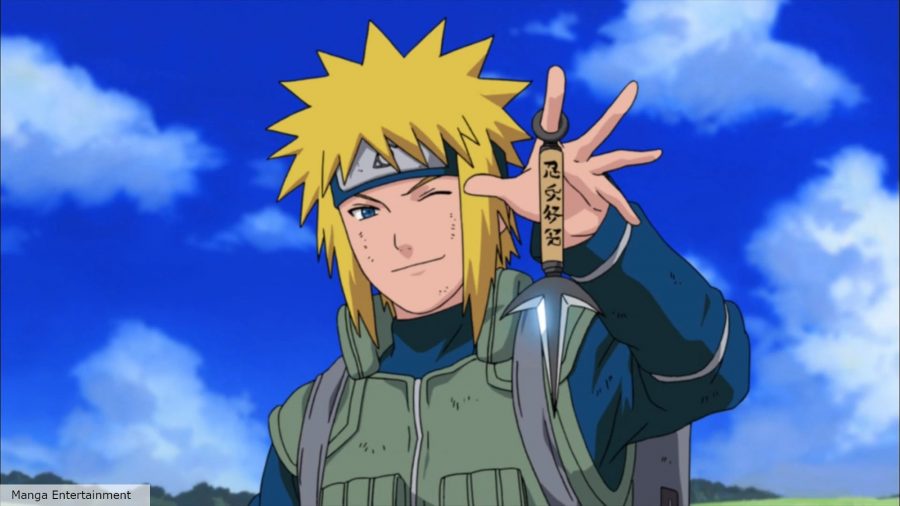 Dad’s in Naruto get a bad rap. They’re either terrible parents who neglect their kids or dead. Minato gets the dubious honour of being both.

Jokes aside, Minato is probably my favourite Hokage outside of Naruto himself. That’s partly down to his unique power set – I’m a sucker for characters that can teleport – but if I’m honest, what I like most about Minato is the awe and dread he inspires through the series.

To the people of Konoha, he’s the valiant hero who gave his life protecting the village from the demon fox Kurama. To his enemies, he’s the last thing you see before you die, and no scene captures how deadly Minato can be than during Kakashi Gaiden.

During this flashback we see the Fourth Hokage wipe out a squad of ninjas without breaking a sweat. There’s a reason why ninjas were ordered to flee on sight of Minato. 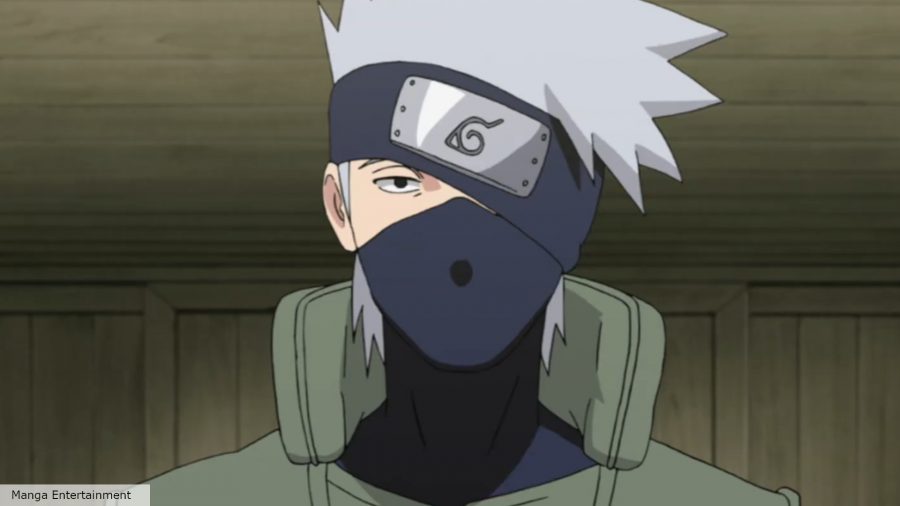 The Copy Ninja himself, Kakashi, seems like one of those typical shounen characters who are so impossibly cool you’d have to keep them in a fridge to stop them going bad. The reason we like Kakashi so much, though, is how uncool he actually is.

For many, Kakashi’s defining moments are his battle with Hidan, confrontation with Obito, or near-death experience after fighting Pain. For me, though, Kakashi will always be that guy who got pranked by Naruto on the first day of school. 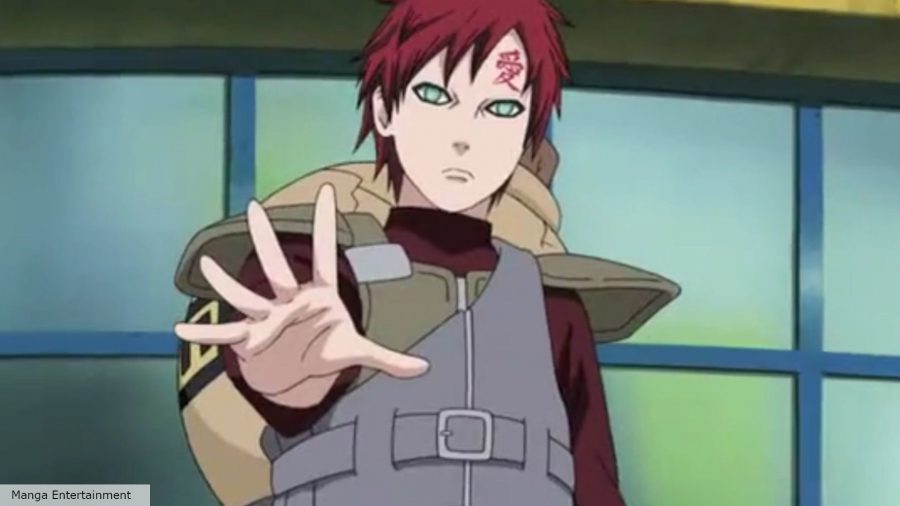 If there’s one thing we hate at The Digital Fix, it’s sand. It’s coarse and rough and irritating, and it gets everywhere. This, of course, makes it the perfect weapon to use against your enemies and is just one of the reasons I love Gaara, who enjoys complete dominion over sand.

Beyond his incredible ability to use sand as a weapon, thanks to being the host for the demon Shukaku though, Gaara is one of Naruto’s more dynamic characters who grows and changes in ways other characters don’t.

Gaara effectively stars off as a dark mirror for Naruto, with both of them shunned by the shinobi of their respective villages for being jinchūriki (those with demons sealed in them). While Naruto became determined to be recognised in the village though Gaara turned his hatred outwards using his vast power to torment and kill those around him.

After meeting Naruto, though, Gaara questions his philosophy, adopting Naruto’s dream to become Kage as his own. Next, we see Gaara he’s become a far kinder and wiser figure, ultimately serving as the field commander of the Shinobi Alliance. We’re also not afraid to say what Kishimoto never could; Gaara was a better friend to Naruto than Sasuke ever was. 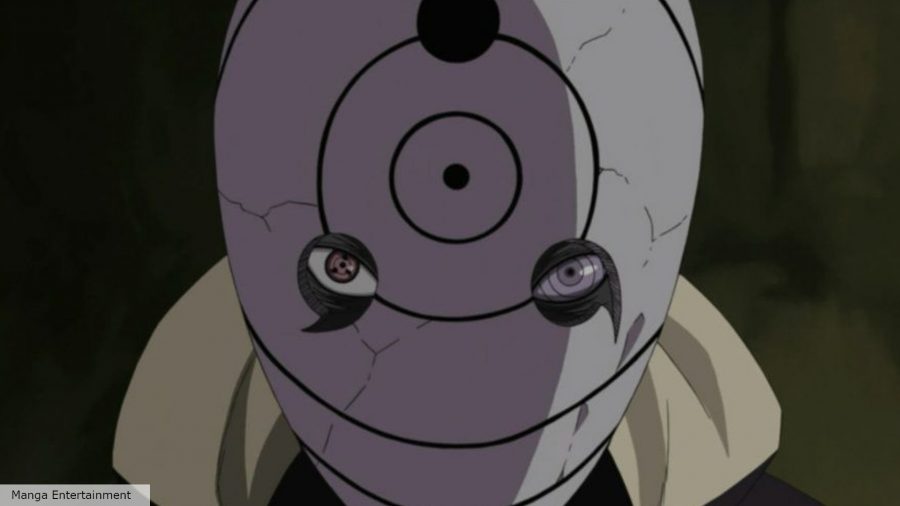 Obito is probably the most tragic villain in all of Naruto. Born a loser in a clan of winners, Obito had to work hard to be recognised by his friends and allies. Despite always being overshadowed by his teammate Kakashi, Obito didn’t let this get him down, knowing when he awakened his Sharingan, he would prove everyone who doubted him wrong. Then on the day he finally taps into his true potential, he gets crushed by a boulder and seemingly dies.

Of course, he actually survives and is taken in by Madara Uchiha, who manipulates Obito into believing he’s been betrayed by his friends and village. Abandoning his name Obito becomes a vessel for Madara’s will and begin plotting to plunge the world into the Infinite Tsukuyomi.

Aside from his calamitous backstory, Obito’s mask and cloak make him one of the more unique looking villains in a series full of typical anime pretty boys, plus his power set is, to be frank bonkers. He can transport himself into a parallel dimension, which makes him intangible, allows him to teleport, and incapacitate enemies with a single touch.

If Obito were a videogame character, he’d be patched immediately for being so broken. In fact, his powers were so obscene he’s possibly the only character who became weaker after becoming a jinchūriki. 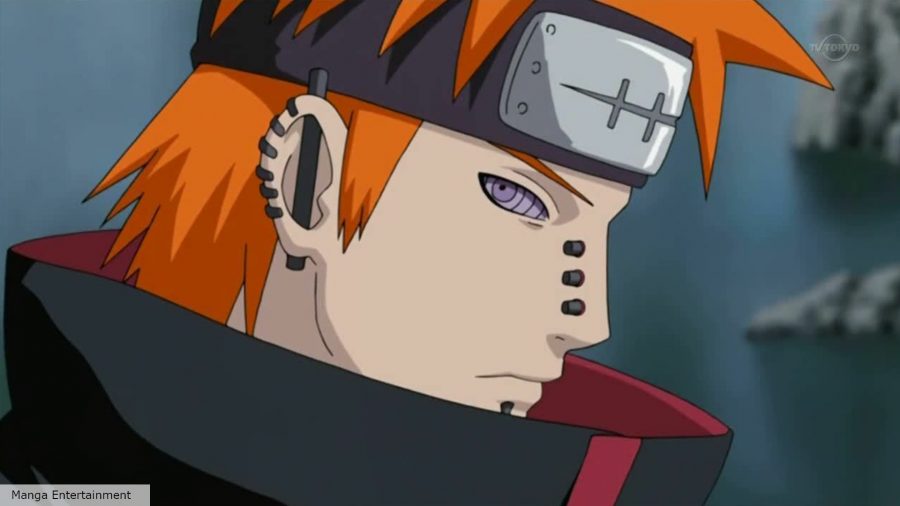 The leader of the Akatsuki, God of the Rain Village, and one of the most powerful villains Naruto ever had to face, Pain needs little introduction. Few bad guys had the presence, power, and personality of Pain.

When he invaded the Hidden Leaf Village, things felt genuinely hopeless. He was like an insert from Dragon Ball Z, capable of casually wiping out the entire village with a wave of his hands. His strange and esoteric powers made his fights some of the best in the series, and his battle with Naruto is probably where the series should have ended.

The pain was more than just a physical threat. He challenged Naruto’s philosophy in a way no villain had before. I’d argue it’s through naruto and Pains conversations that Naruto finally starts to realise that being Hokage requires more than just strength; you also have to be wise, empathetic, and forgiving. 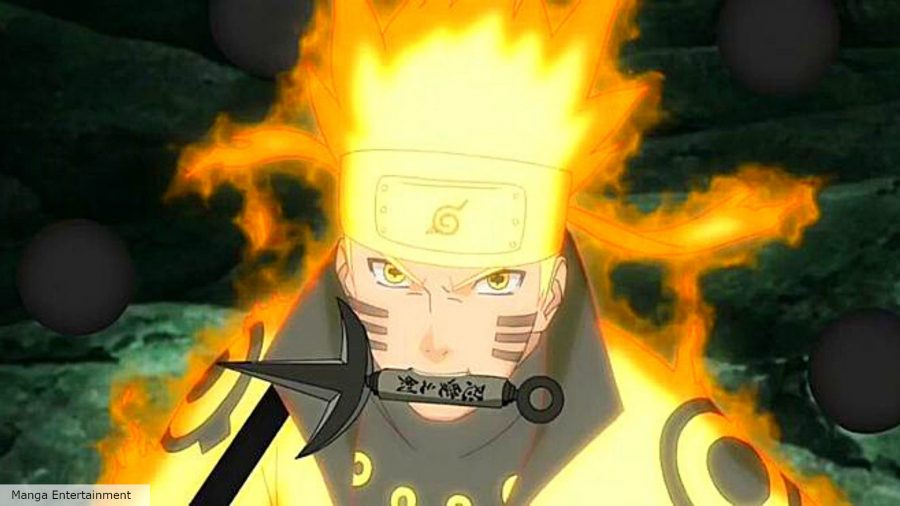 Konoha’s number one hyperactive, knucklehead, ninja, Naruto’s place on this ranking was never in doubt. We see Naruto grow from an insecure boy desperate to become Hokage to a wise and powerful shinobi worthy of leading his village and people through the series.

Along the way, he masters the power of the demon fox sealed within him, battles countless foes, overcomes the impossible and turns his deadliest enemies into firm friends. Typical Shounen stuff, really, but Naruto will always have a special place in my heart.

Naruto was the first anime series my friends, and I ever watched from start to finish, and as the title character, I’ll always look fondly on the loudmouth ninja.

If you love anime check out our guide on where to watch One Piece, Pokemon, and Dragonball, or if you prefer long-form stuff try our best anime movie guide. 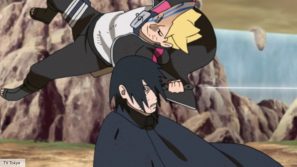