Sadly, only a small portion of the many great works produced in this style have gotten any kind of wide release or publicity in English-speaking countries, and rarely anything close to the scale of Disney movies or Pixar movies. Often, if a translation happens, it’s part of a quiet home media or streaming service launch, leaving the film to be discovered amid a sea of other options.

In order to help you discover more of this incredible avenue of filmmaking, we’ve collected what we believe are the absolute must-see best anime movies. You’re likely to recognise a few – it’s hard to avoid Studio Ghibli, and anime series like Pokémon have made their contributions – but there’s a few rarities here that, frankly, deserve to be seen by more people. Pop the kettle on, settle in, and enjoy.

What are the best anime movies? 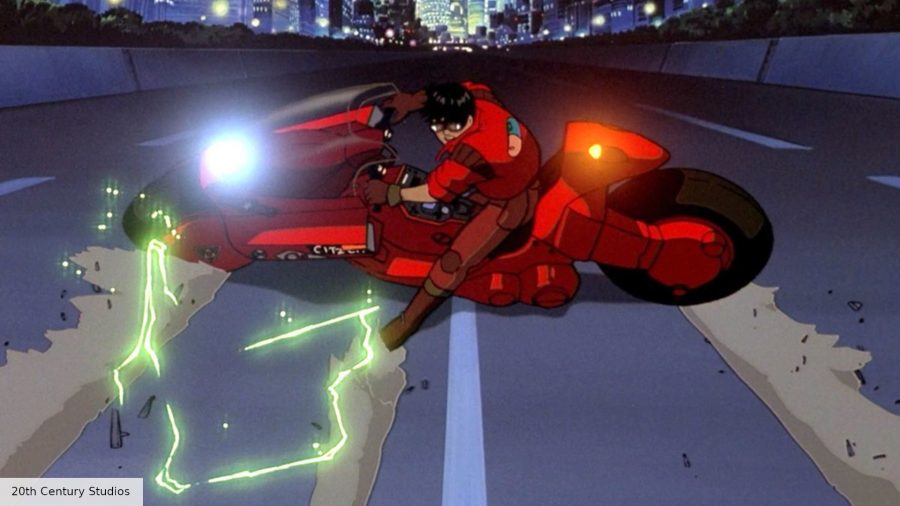 Starting with an obvious one, Katsuhiro Otomo’s futuristic cyberpunk science fiction movie is a standard-bearer for the marriage of technique and storytelling. In a dystopian, er, 2019, biker gangs rule the streets of Neo-Tokyo. During one clash, Tetsuo Shida rides straight into an esper that gives him strange powers.

What happens next is best left for you to witness for yourself, but it’s dazzling, if more than a little disturbing. The flow is exhilarating, and the technological landscape is recreated in striking detail such that you’ll be rewatching just to visit. 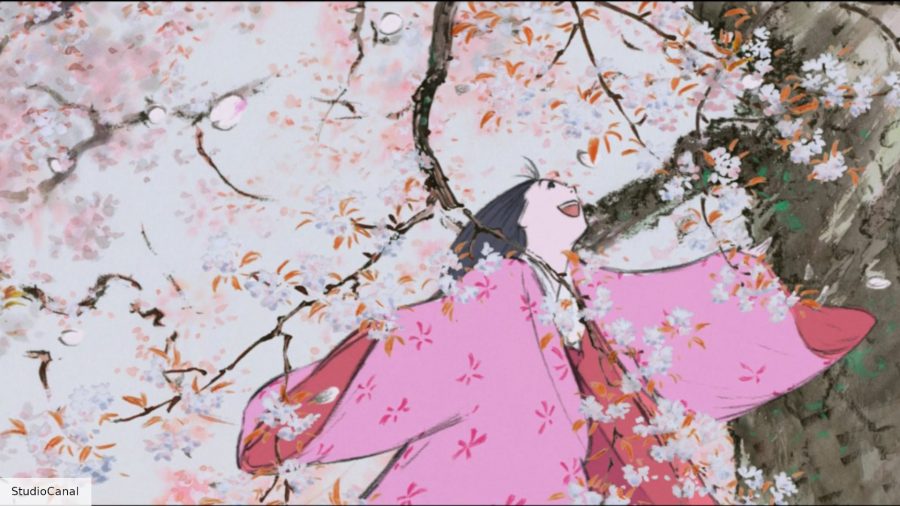 Working in animation since 1961, Isao Takahata has an extensive filmography full of highlights. Yet, it’s this late-career fairytale made with Studio Ghibli that gets him on our list. Using beautiful watercolour paintings, Takahata retells The Tale of Bamboo Cutter, a tenth-century Japanese story about a magical young girl from the moon who’s raised by a bamboo cutter and his wife.

The art-style gives everything a relaxed sense of wonder, like hearing it from a beloved grandparent, all kept swaying by Ghibli regular Joe Hisaishi’s score. Despite some length, it always feels disappointing when the credits roll and you’ve to return to the real world. 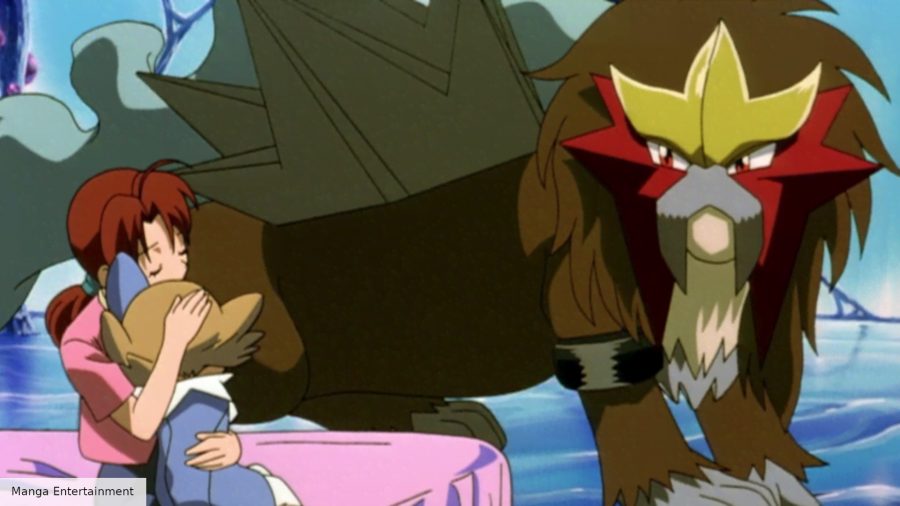 There have been nearly two dozen animated Pokémon movies since the first in 1999. Most require some knowledge of the Pokémon games, or anime series, to fully understand. Pokémon 3: The Movie eschews this barrier to entry by delving headfirst into the mythical side of the franchise, involving alternate places of reality, dimension-altering monsters, and the legendary Entei.

When professor Spencer Hale disappears while investigating the elusive Unown, his daughter, Molly, deciphers a code to summon them. She uses their powers to fulfil her deepest desires, with predictably troubling consequences Ash, Pikachu, and the usual gaggle of regulars get stuck in the middle of. 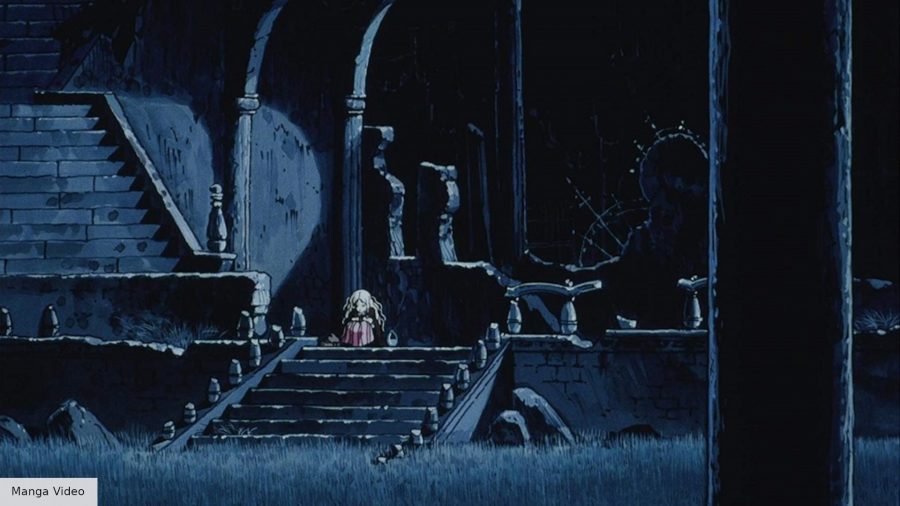 A decade prior to Ghost in the Shell, Mamoru Oshii wrote and directed this piece of gothic dystopian surrealism. Largely a tone piece, it follows a young woman who cares for an oversized egg in a derelict building in a rundown city under military lockdown.

Moving from street to street, she avoids roving biomechanical forces, and increasingly dreamlike sequences provide a loose recollection of what has led up to now. Strange, mesmerising, and worth your time if you’ve never explored Oshii’s other work. 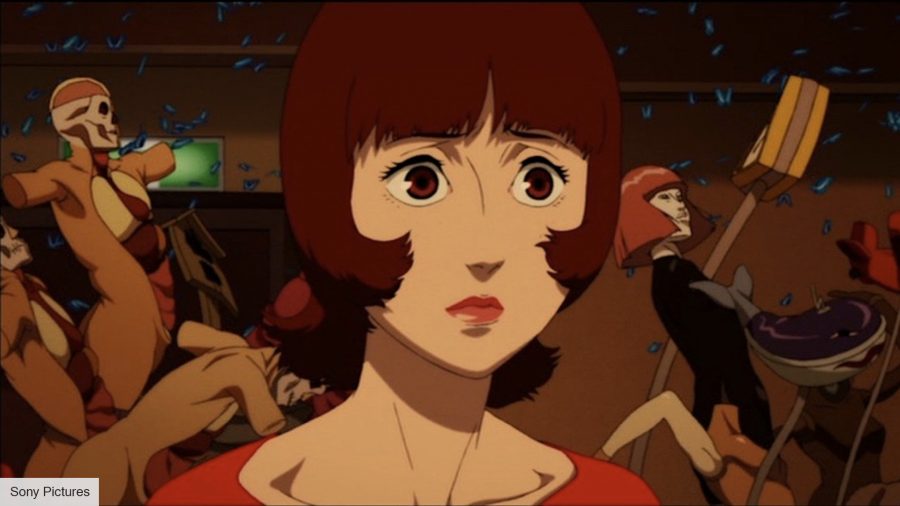 Director Satoshi Kon’s last feature film before his passing is a powerhouse in psychological storytelling that uses animation to capture people’s innermost thoughts. Experimental devices designed for therapy through a person’s dreams become a gateway for people to invade each other’s psyches, completely shattering what it means for anything to be “real”.

A very literal parade of reality-questioning concepts, every time you think you’ve got it all figured out, another set-piece blossoms forth and changes everything. Sitting in the middle is the titular alter-ego of doctor Atsuko Chiba, one of the creators of said dream exploration tech. But who’s who is up for you to decide. 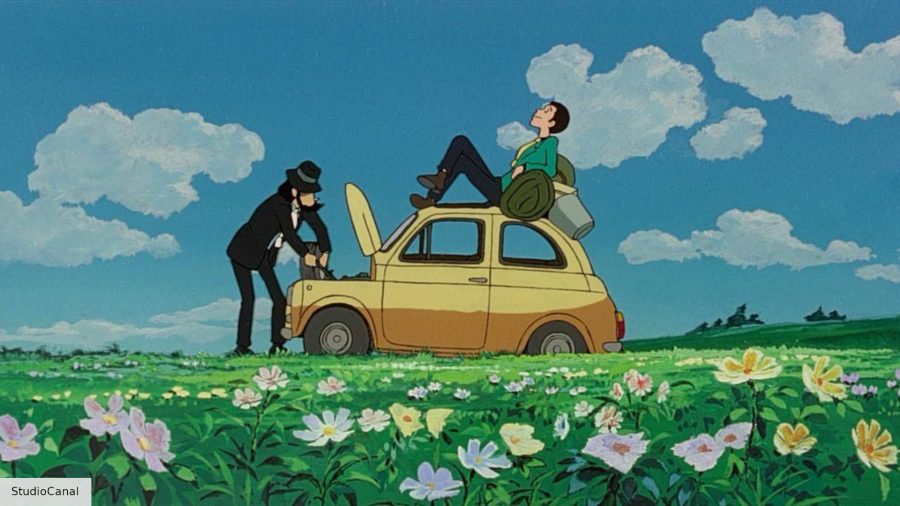 Chances are you don’t need anyone to espouse the virtues of director Hayao Miyazaki. However, his first directorial outing in 1979, The Castle of Cagliostro, is an under-appreciated gem. Based on Lupin the Third, an ongoing Japanese franchise about a career thief of the same name, it follows Lupin and his partner Daisuke Jigen, who try to rob Cagliostro, but wind up pivoting to stop a politically motivated sham marriage.

Energetic from the opening chase, Miyazaki’s signature sense of motion is immediately evident, as is his penchant for alluring characters. Slapstick comedy, romance, and even some coercive stealth are involved, making it a romp that’s relatively distinct within Miyazaki’s oeuvre. 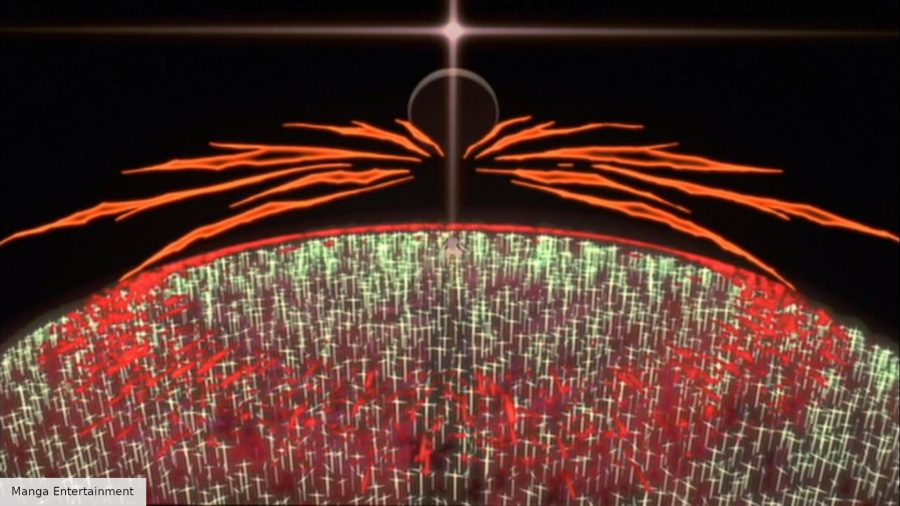 We have Neon Genesis Evangelion as one of the best TV series of all time, and as we pointed out there, explaining the narrative elements of Hideaki Anno’s mind-bending mecha show is a tall order. The gist is that after a major global event leaves us with a stream of interstellar invaders, humans rely on giant robot suits called Eva to protect us.

When the initial ending proved divisive, Anno decided to redo it in feature-length form with more nuance. No longer bound by the structure and scope of episodic television, Evangelion becomes yet more pathological and inscrutable. Being up-to-date beforehand is advised, but it stands on its own if you’re prepared to truly be in the deep end. 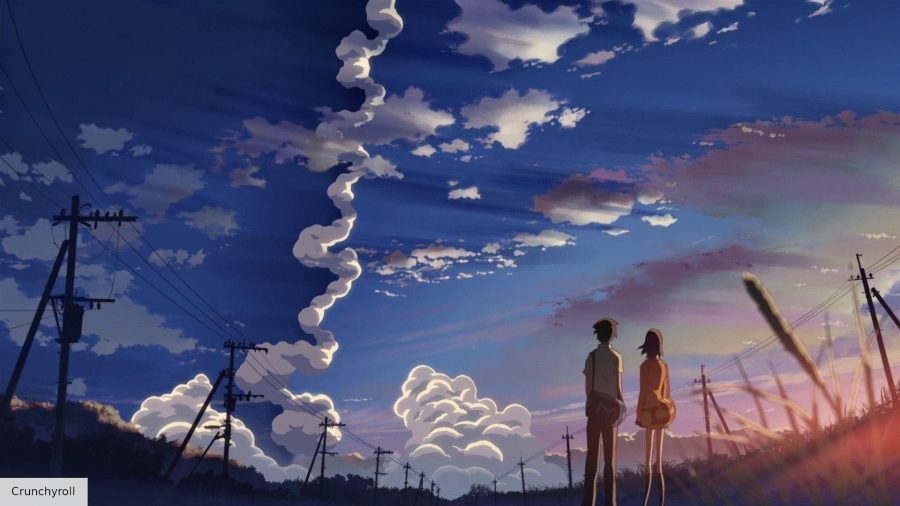 Makoto Shinkai has rightfully become well-known thanks to the critical and commercial success of 2016’s Your Name, and 2019’s Weathering With You. However, it’s the poetic 5 Centimeters Per Second that we’ve chosen here.

Broken into three parts, each about a particularly important relationship or memorable period for main character Takaki Tono, we’re given a portrait of Tono’s growth from childhood to adulthood.

The segments vary in backdrop and dramatic thrust, Shinkai’s multi-faceted animation and brilliant colours employed in different ways for each. They’re held together by loneliness, unrequited love, and the invisible ways we grow and stay the same. Stirringly humanist. 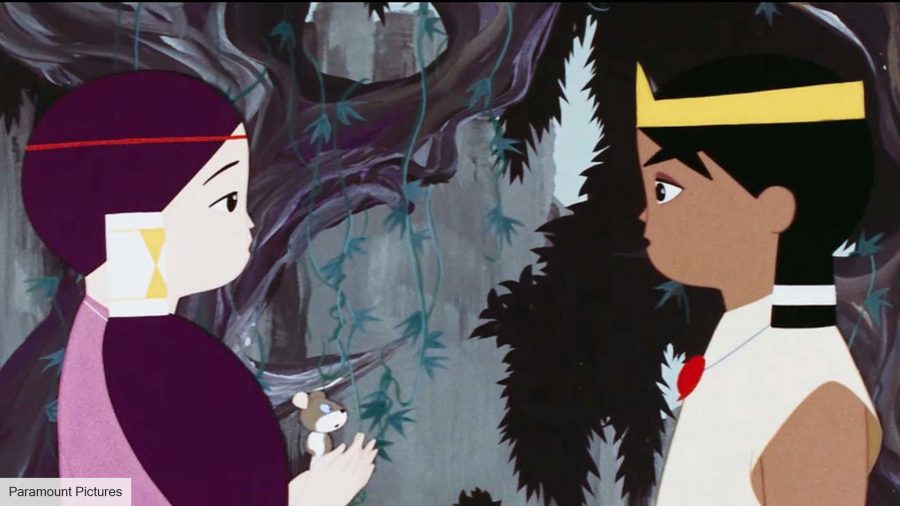 Little Prince and the Eight-Headed Dragon (1963)

Something classic now – a standard-setting production that featured several pioneers, and inspired a few more. Drawing from ancient Japanese myth, the young deity Susanoo cannot handle the death of his mother, and sets off to find heaven and get her back, rabbit companion Akahana by his side. Landing on another province, Susanoo vows to help a family being terrorised by a multi-headed serpent.

In the mood for love? The best romance movies

Genndy Tartokovsky, creator of Samurai Jack, and Tomm Moore, director of Song of the Sea and Wolfwalkers, both name-dropped it as an influence. Limited releases thus far have made it frustratingly hard to find, but this is history that warrants the effort. 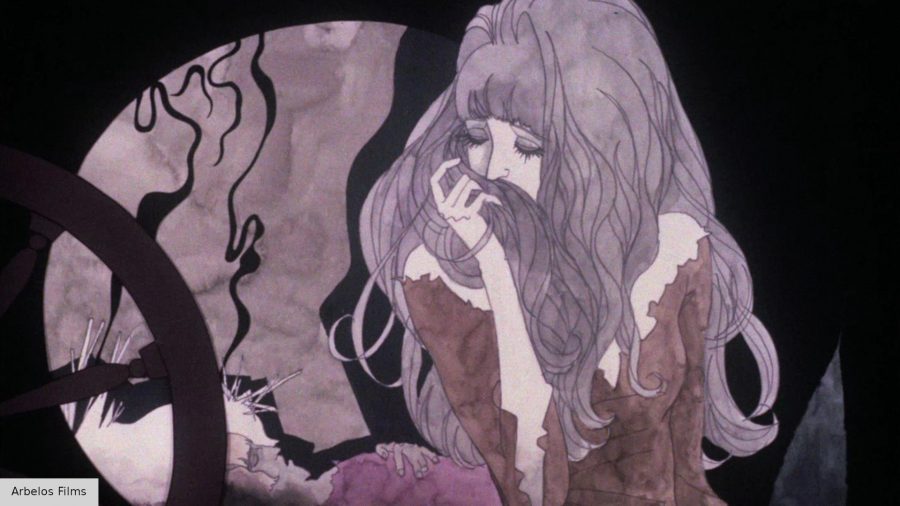 In France during the Middle Ages, Jeanne starts practising witchcraft after she’s sexually assaulted by neighbouring villagers, nearly murdered by her husband. She has fever dreams, and encounters the Devil, all depicted in stylised images that are moved across the screen with music and dialogue. 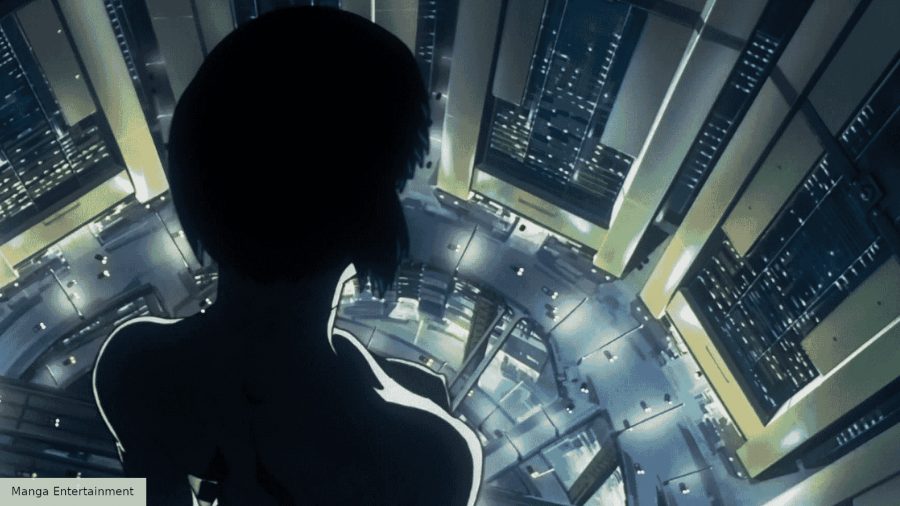 The seminal ’90s anime feature. In 2029, technological upgrades and augmentations on the human body have become common, and the internet can be accessed through special headsets that provide neural links. Much of the police force has been mechanised, and major Motoko Kusanagi, a cyborg cybercrime investigator, is on the tail of a mysterious hacker called The Puppet Master.

Have a laugh: The best comedy movies

Adrift in loneliness, director Mamoru Oshii captures a future where tech does little to fix our systemic issues, merely creating new avenues for us to feel isolated. Stunningly detailed, body horror captures the way our body as we know it is a facade, something to tinker with as we see fit. 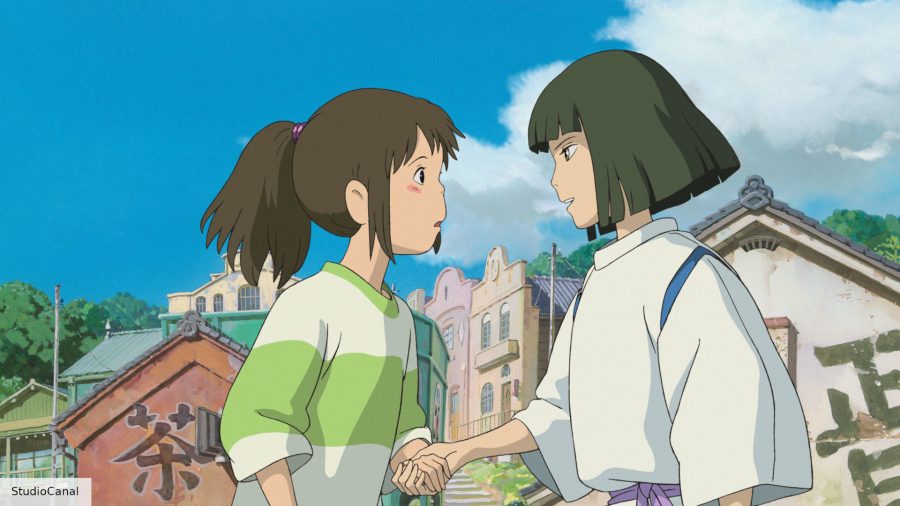 Just like Citizen Kane on our best movies list, this is a very typical answer, but in our defence: Spirited Away is a masterpiece. Director Hayao Miyazaki’s eighth feature-length production is gorgeous, delightful, sometimes terrifying, a little distressing, and spiritually nourishing.

Young Chihiro and her parents are moving across Japan, and she’s not too keen on it. During a pitstop, they explore an old theme park, which becomes a bathhouse for spirits that traps the parents. Alone and afraid, Chihiro is assisted by some kind-hearted inhabitants, and works to free her parents, untangling some personal grudges while she’s at it.

Never more beguiling in his world-building or amiable in his characterisation, Miyazaki sculpts a realm beyond our own that feels as warm as it is unfamiliar. We may not have mystical beings watching over us like Chihiro, but this is a worthy substitute.

If you love anime then we’ve got a treat for you. We’ve ranked our favourite One Piece characters, listed the best Dragon Ball Z characters, and even got a little something about Naruto’s Akatsuki. 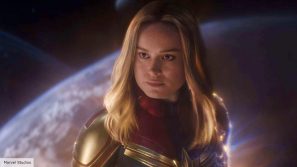