From Pixar to Studio Ghibli, there is no shortage of brilliant films when it comes to kids. With tons of adorable animated and live-action movies now available at a click of a button thanks to streaming services like Disney Plus and Netflix, it’s safe to say that family movie night has never been easier – in theory at least.

But when it comes to kids movies, there are hundreds if not thousands of amazing stories ready to whisk you away to a world of childlike wonder, and in the sea of wholesome cinema, how do you find the best picks out of the cinematic bunch?

Well, the good news is that we here at The Digital Fix have found the top choices that any child (or responsible adult) can enjoy. Be it bright animation, catchy musicals, or fantastical stories with a light-hearted twist; we’ve gone through the best that modern and classic cinema has to offer. So sit back, grab some popcorn and enjoy the best movies, which are guaranteed to become fast favourites in your household, and amaze any kids who decide to tune in.

What are the best kids movies?

My Neighbor Totoro is an animated movie that will always fire up kid’s imaginations with its adorable characters and magical story. One of Studio Ghibli’s best movies that is specifically geared towards children, the film is set in 1950 Japan, and follows two young sisters who, to stay close to their hospitalised mother, move to the countryside. Their new house is full of cute forest spirits who eventually lead them to the giant friendly spirit Totoro.

Totoro and the spirits bond with and watch over the girls until they adjust to their new home. It’s an adorable plot that harks back to the age-old concept of imaginary friends, and the anxiety of big life changes when you are young. As you watch it, you can’t help but feel comforted, as if Totoro has reached out and given you a big hug, promising that you are never alone. 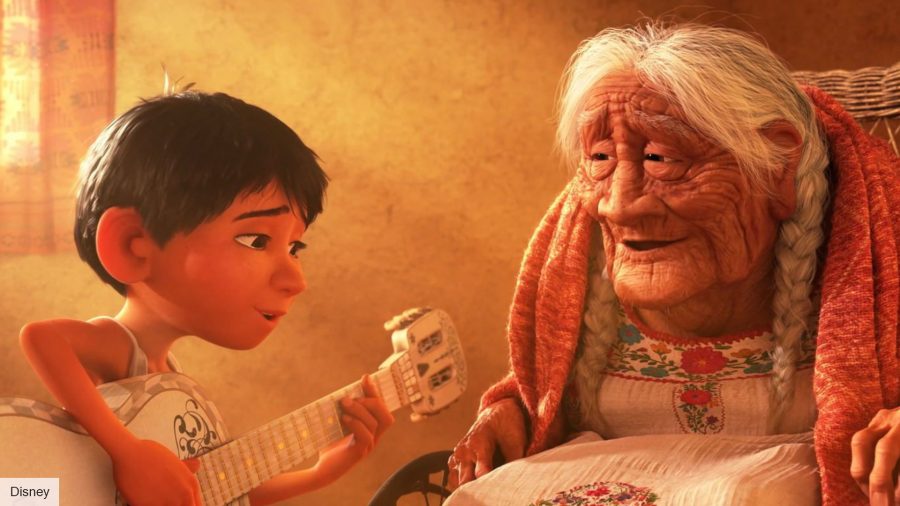 A stunning Disney and Pixar movie centred around the Mexican holiday, the Day of the Dead, Coco is a beautiful animation with a great heartfelt message. The movie is about family, showing how you must work together to overcome the hard times and celebrate the happy ones while you can. But most importantly, it is a film about never forgetting where you came from or those close to you.

In a house where music is banned, young Miguel (Anthony Gonzalez) longs to be a singer like his idol, Ernesto de la Cruz (Benjamin Bratt), and will do whatever he can to fulfil his dream. However, his efforts to follow his musical ambitions lead to a curse, and he must travel to the land of the dead to receive a blessing from his ancestor before it’s too late. The movie is touching, colourful, and full of meaningful themes, making it a perfect choice for kids during family movie night. 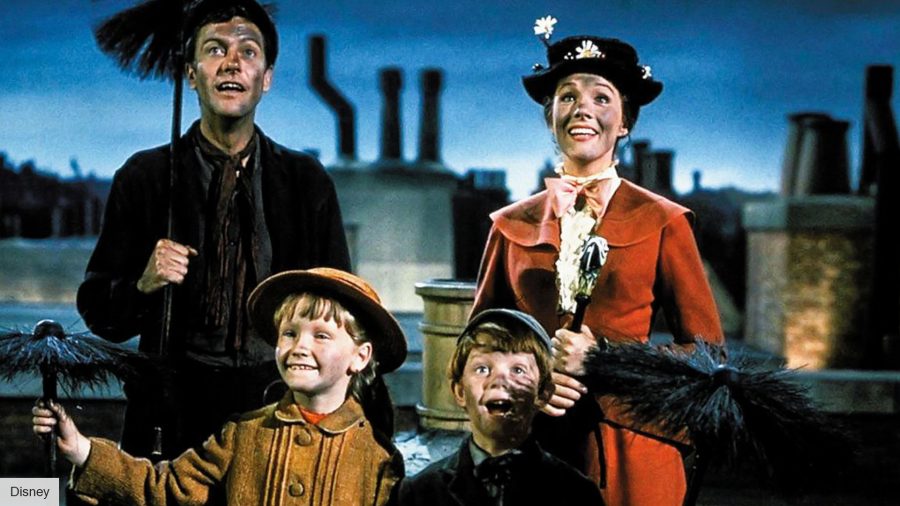 Sometimes you just can’t beat a classic, and the timeless live-action Disney movie, Mary Poppins, is still one of the best kid’s musicals to grace the big screen. The mysterious magical nanny Mary Poppins (Julie Andrews) is hired to take care of the stern Mr Banks’ (David Tomlinson) two children. At its magical core, the movie’s plot shows the importance of family time, and how taking breaks to enjoy life together is just as important, if not more so, than making money.

The film is fantastical, full of iconic songs, and will amaze children with its whimsy even today. Also, besides giving us one of the best characters in Disney history, Mary Poppins shows a unique optimistic outlook on the world, Dick Van Dyke as a wise high kicking chimney sweep, oh and dancing penguins, so what more could a child ask for?

Cloudy with a Chance of Meatballs (2009) 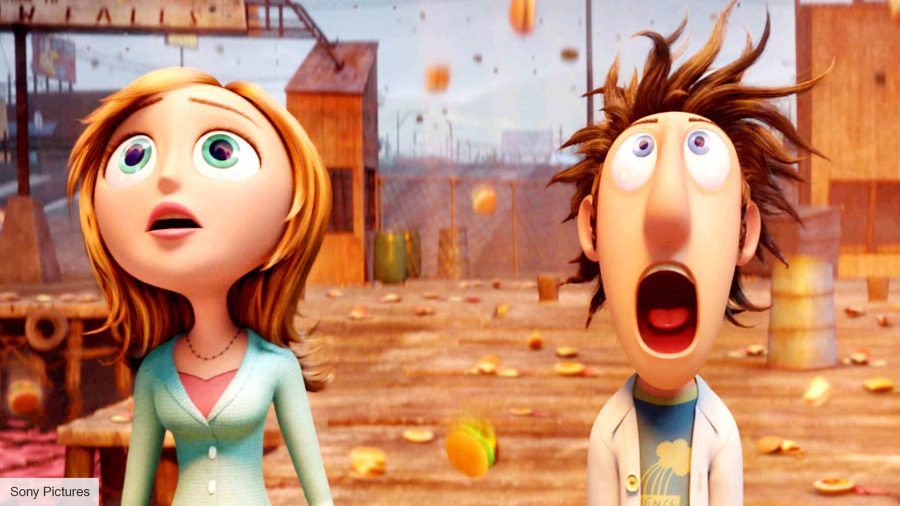 A science fiction movie for kids that is chaotic, fast-paced and just plain fun. Based on the children’s book of the same name by Judi and Ron Barret, the movie’s plot is absolutely bananas and fully embraces its wacky premise. Flint Lockwood (Bill Hader), a scientist in a small sardine fishing town, makes a machine that transforms water into food. The device is launched into the sky, and soon it is raining hamburgers and snowing ice cream.

However, when malfunctions begin to occur, mealtime becomes deadly, and Flint must save the day. The film is packed with almost surreal one-liners that will make both kids and adults laugh. It breaks the normal kids’ movie comedy formula, replacing mature hints in the jokes with hilarious situations that are just downright absurd. Truly an underrated comedy movie, Cloudy with a Chance of Meatballs is a must-watch.

Harry Potter and the Philosopher’s Stone (2001) 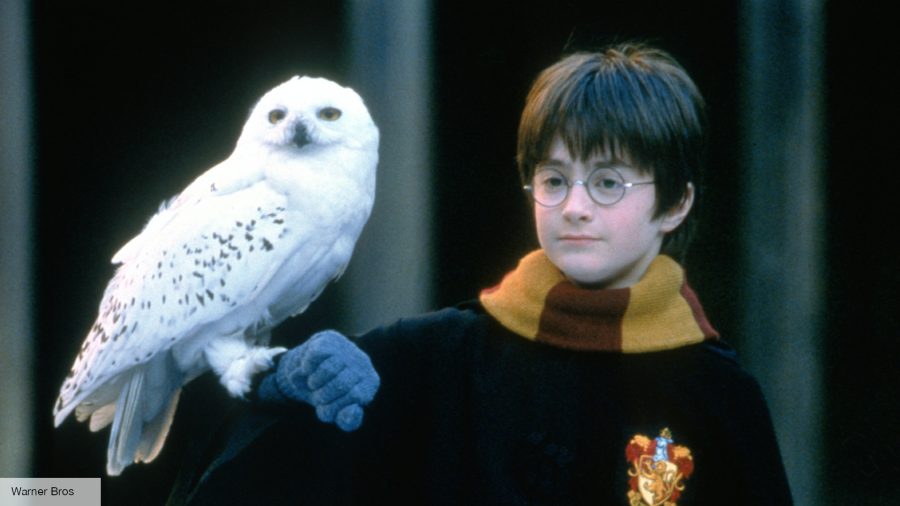 The first film of the Harry Potter universe, and arguably the most child-friendly one as well, Harry Potter and the Philosopher’s Stone (known as Harry Potter and the Sorcerer’s Stone for all our US based readers), is a magical adventure about a 12-year-old wizard. Based on the best-selling novels by JK Rowling, the film introduces us to the wonderful wizarding world, as well as an epic saga between Harry and the evil wizard Lord Voldemort.

Perhaps a tiny bit on the scary side, and one that any unicorn fans may want to miss, Harry Potter is still a fantastic kids movie for those aged seven and up, and will spark imagination with its detailed magical take on modern England. It is also easy to get dragged into the series as a whole, and you’ll most likely be watching all the Harry Potter movies in one go after you see it, and really who doesn’t love a good movie marathon? 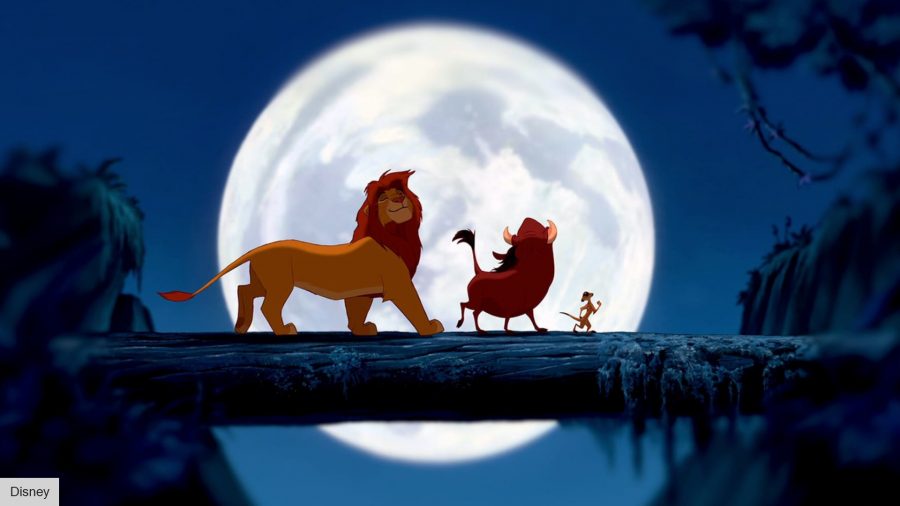 Most Disney films tend to be a winner when it comes to kids movies, but The Lion King manages to stand out from the lineup as a true masterpiece, and will be a sure-fire cinematic hit no matter the occasion. It is full of colour, has some of Disney’s best songs, period, and is a great story about embracing responsibility.

Adapted from Shakespeare’s play Hamlet, after tragedy hits, a lion cub named Simba is put on a journey of self-discovery, and slowly learns the importance of self-sacrifice when it comes to the greater good. The Lion King is one of Disney’s biggest success stories for a reason, with its fun but deep script that shows how sometimes life isn’t always carefree (or should we say Hakuna Matata). It’s also still one of the highest-grossing animations to date, and will dazzle any child who decides to watch it.

Willy Wonka and the Chocolate Factory (1971) 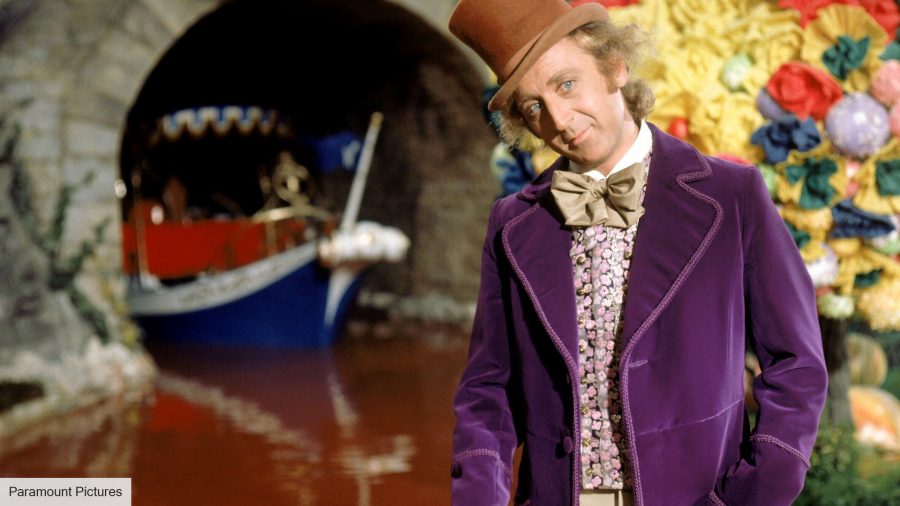 A musical fantasy film that is guaranteed to satisfy your sweet tooth, Willy Wonka and the Chocolate Factory is a staple kids movie, and a must-watch for any family night. Based on Roald Dahl’s 1964 book, Charlie and the Chocolate Factory, and originally made to promote a candy bar, the film has gone down in history as a memorable feature full of sweet treats, layered characters, and reprimanding singing Oompa-Loompas.

After winning a golden ticket, Charlie (Peter Ostrum) is one of five lucky children who gets to visit Willy Wonka’s (Gene Wilder) famous chocolate factory. As the five children wander around the magical factory, their fatal flaws are exposed. With the mysterious employees (the Oompa-Loompas) singing morality songs at each of the kids’ downfalls in a candy-filled paradise, it is a movie that is both joyous, and pointedly full of fable-like messaging. 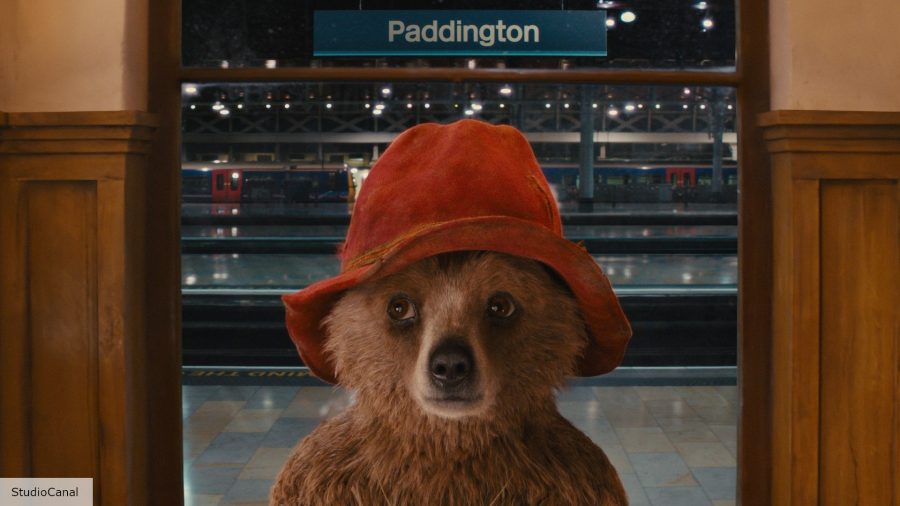 A little bear from Peru ventures into the big city for a London adventure. Paddington is downright adorable, has some stellar acting, and an engaging story that will please both kids and parents alike. When dealing with a beloved character like Paddington the Bear (based on Michael Bond’s original stories), there is always a fear that seeing them on the big screen will disappoint. Thankfully, that isn’t the case here.

Directed by Paul King, Paddington is taken in by a family in London who helps him search for an explorer who encountered his family years ago. However, the loveable bear soon finds himself being hunted by Millicent Clyde (Nicole Kidman), a taxidermist hoping to donate him to the Natural History Museum. The movie introduces Paddington to a new generation, the animation is stunning, the jokes are hilarious, and all in all, it’s impossible to dislike such a cute marmalade obsessed bear who is simply trying his best. 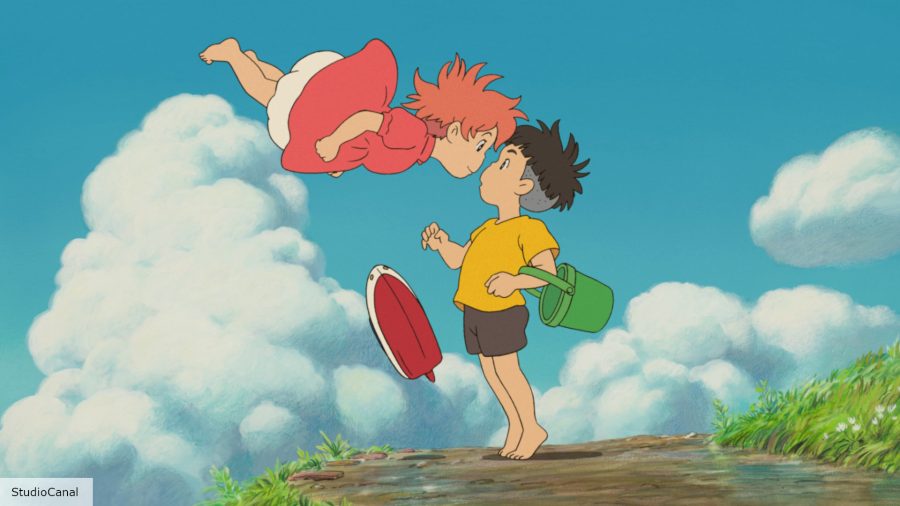 Hayao Miyazaki does it again, bringing us stunning visuals and a vibrant world full of imagination and magic. Ponyo is a beautiful hand-drawn animation that will leave you smiling and having a greater appreciation for the environment by the time its credits start to roll. Adapted from The Little Mermaid, it tells the story of a daughter/ goldfish (later called Ponyo) of a magical sea wizard who escapes her underwater bowl. Ponyo meets a little boy named Sosuke, and after some time, turns into a girl. The two become fast friends, however as Ponyo’s father begins to look for her, Sosuke’s seaside home is threatened by watery magic and rising sea levels.

The story is a bit surreal and otherworldly, but still incredibly engaging, and will stun every child who sees it. With messages around family, love, and environmental conservation, it is a timeless movie. At its heart, it is about an extraordinary girl who simply wants to live her own life, oh and ham, you can’t forget that Ponyo also wants ham. 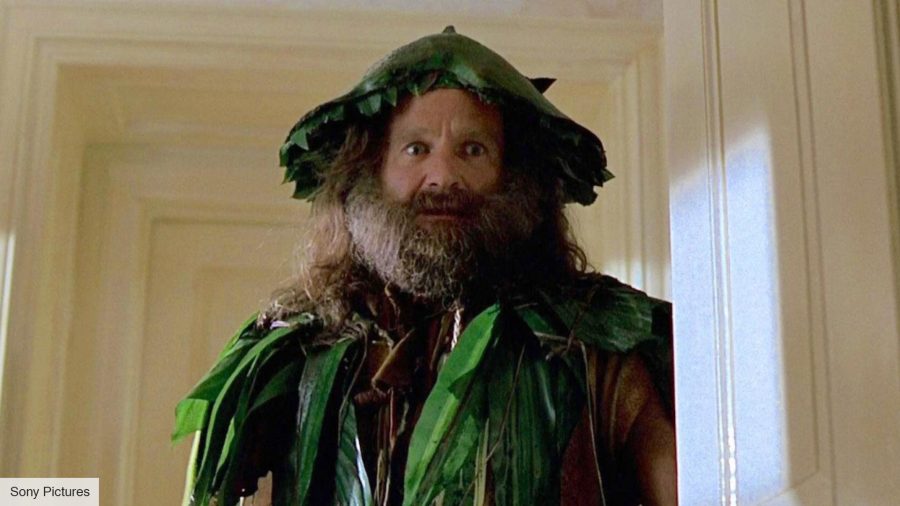 A movie about a magical mishap and being held hostage by a mysterious game, here is a film where the jungle is unleashed…literally. When two kids find a mysterious board game, they free a strange man named Alan (Robin Williams) who was trapped in it for years, as well as a slew of dangers and wild animals that can only be stopped by finishing the game and calling out its name, Jumanji.

Jumanji is delightfully crazy, all about the action, and truly is centred around your experience of watching it instead of delivering a complex story. But sometimes, a simple plot is just what you need, a fun film that is action-packed, and driven by adventure and humour first and foremost. Sure some of the movie’s CGI animals are goofy looking compared to modern standards (those monkeys were a huge mistake), but Jumanji is still heaps of fun, and a tremendous kid-friendly pick. 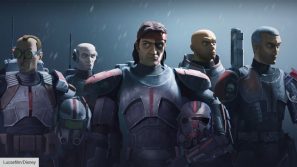