The name that revolutionised computer animation, Pixar is one of the leading figures in the genre and is the studio responsible for some of the most wholesome, and downright heartbreaking family films in history.With its debut film and the world’s first CGI feature, Toy Story, changing the way we see animation completely, it’s a studio that’s always pushed for new artistic possibilities, and continues to spark the imagination of kids and adults alike.

With unique worlds, intelligent stories, and wide-eyed cute character designs, Pixar has a quality guarantee, and continues to raise the bar for modern animation with each new release. Pixar’s superiority is pretty much undeniable at this point, with the studio normally dominating the award scene each year and gathering waves of acclaim from both critics and animation connoisseurs on a regular basis. So, keeping that in mind, the real question is how do you pick which Pixar movies are the best when nearly all of them are fantastic?  Well, we’ve managed to find the best of the best in the sea of Pixar magic.

Please note that this list comes after our best Disney movies guide, which included some of our Pixar top picks that we decided not to repeat here. As huge Pixar fans, we simply wanted to expand our choices as we felt one list wasn’t enough. So any Toy Story, Coco, or Up fans fear not, we haven’t forgotten about your faves here; they are simply over on our Best Disney movies list, recognised, and highly honoured, we promise.

Now, if you have a box of tissues nearby, and are ready for some animation magic without further ado, here is our expanded list of the best Pixar movies of all time.

What are the best Pixar movies? 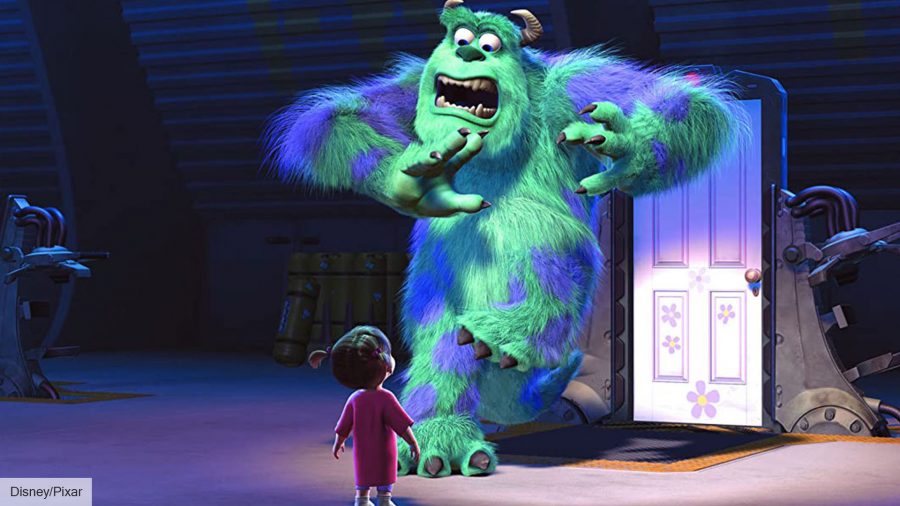 Pixar’s fourth film and the feature debut of Pete Docter (director of Up, and Inside Out), Monsters Inc. is a must-have on any top Pixar list. It’s charming, funny, has some of the best character designs seen in early CGI animation, and a banging Oscar-nominated original score. Telling the story of a city of monsters who power their world via children’s screams (who they are also terrified of), Monsters Inc. is about overcoming fear.

It’s also a bit dystopian, hinting towards the horrors of capitalism and mass control, making it a script that all ages can enjoy. Although it lost out to Shrek for the best animated feature Oscar on release, Monsters Inc. has gone down as iconic, beloved after all these years, and (sorry Scooby-Doo fans) still has the best door/chase scenes to hit the big screen yet. 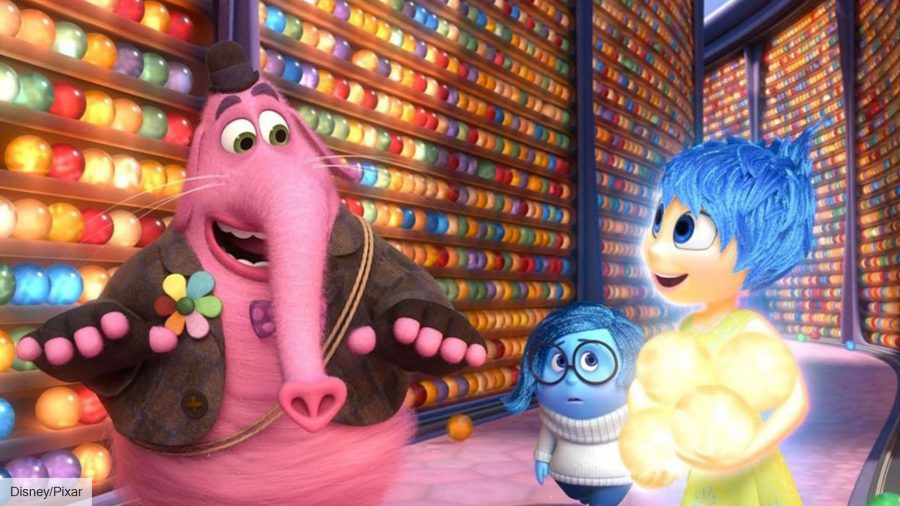 Inside Out is a unique animation that delves deep into the inner workings of our minds…literally. The movie embodies everything that makes Pixar an animation powerhouse; it’s inventive, full of likeable characters, and isn’t afraid to sprinkle tragedy into an already moving story (R.I.P Bing Bong).

The plot centres around an 11-year-old Riley dealing with the stress of a big move to a new city. Her emotions (now personified as cute characters) must work out their differences to help her through the stressful transition. Besides a layered script that feels authentic in tackling complex human emotions, the film also sports a bright animation style inspired by ‘50s Broadway aesthetics, making this Pixar masterpiece stick out amongst its peers. 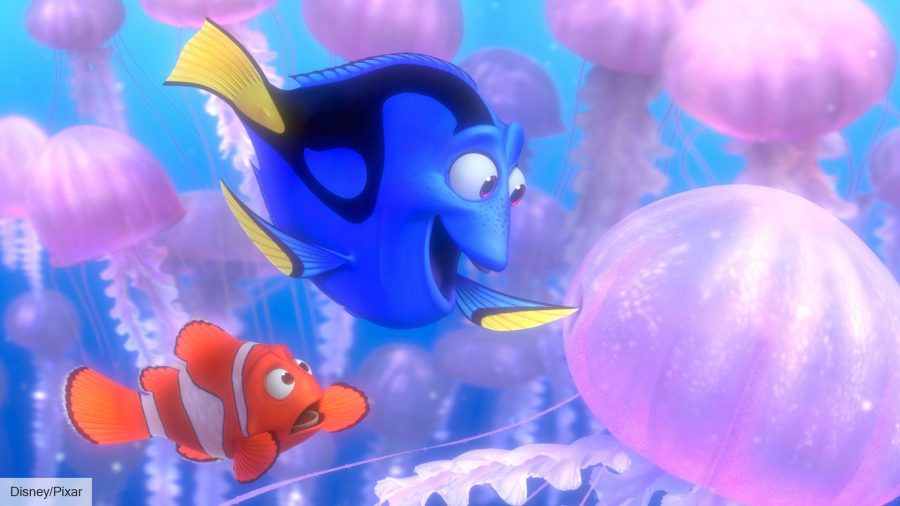 To this day, Finding Nemo holds the crown for the top underwater animated movie in terms of both story and art style. Animation wise Pixar outdid themselves, exceeding everyone’s expectations in the early 2000s, with the lighting and scale of the CGI sea impressing an entire generation of animation lovers.

The film also has a straightforward and simple plot of a clownfish going on a journey to find his abducted son. The clean script never takes away from the busy watery setting and is packed full of memorable one-liners that’ll leave you quoting the film for years to come.  As you watch turtles ride bubbling currents or underwater mines exploding in shark’s faces, it’s impossible not to fall in love with the aquatic world when watching Finding Nemo. 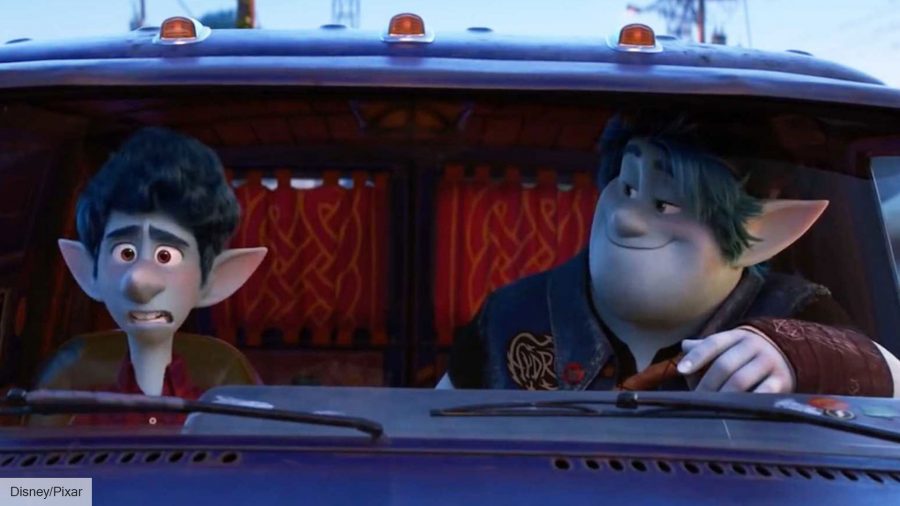 Pixar’s CGI animation has recently been toeing the line between realism and cartoony. Backdrops tend to be lifelike, while characters are cute and colourful. Onward is Pixar’s first true success in bringing the two styles together, building a world that feels alive and draws you into the setting, instead of the two art styles clashing and making for an uncomfortable watch (we’re looking at you Good Dinosaur).

The film is also, as we’ve come to expect from Pixar, an original story, full of whimsy, and even sports a few Dungeons and Dragons references. The quest storyline of two brothers in a magical world is full of gags, childlike wonder, and Easter eggs for all the  fantasy nerds out there. We also get some stellar vocal work from Chris Pratt and Tom Holland, making Onward stand out as one of Pixar’s newest hits as well as the visual benchmark for modern animation. 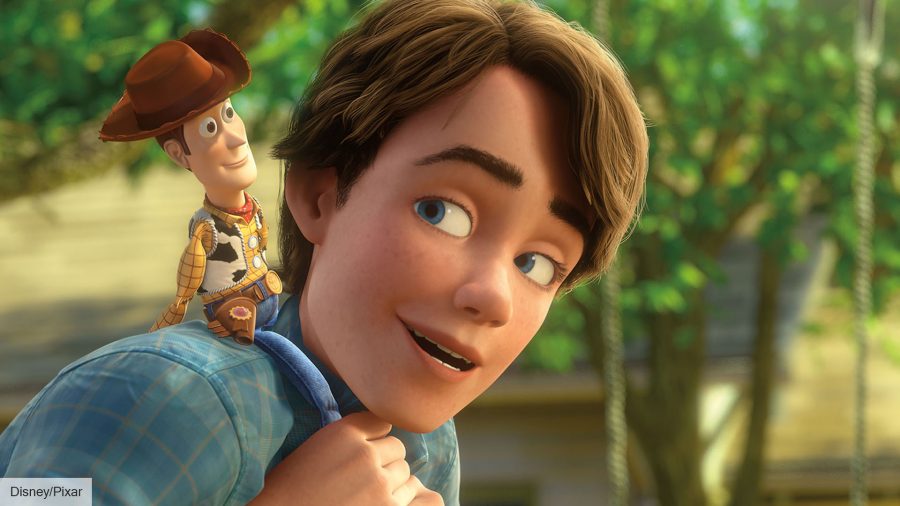 Toy Story 3 is a sentimental masterpiece and the perfect finale to Andy and Woody’s saga. Yes, there’s a fourth film technically, but this was the title that completely rounded up the first two movies and left us all bawling in the cinema. From the clean animation to the tackling of mature themes, Toy Story 3 is arguably the reason why the series is recognised as one of the best you can find in cinematic history.

Best in cinematic history? These are the best movies

Its plot focuses on the natural progression of life, showing Andy now getting ready for college and saying a final goodbye to Woody and Buzz. At its release, the movie reflected its audience (as many were now the same age as Andy themselves) while also crafting a timeless story around the universal human experience of ageing. It’s pretty much Pixar performing at its peak, giving us colourful worlds while addressing hard life truths through a great script. 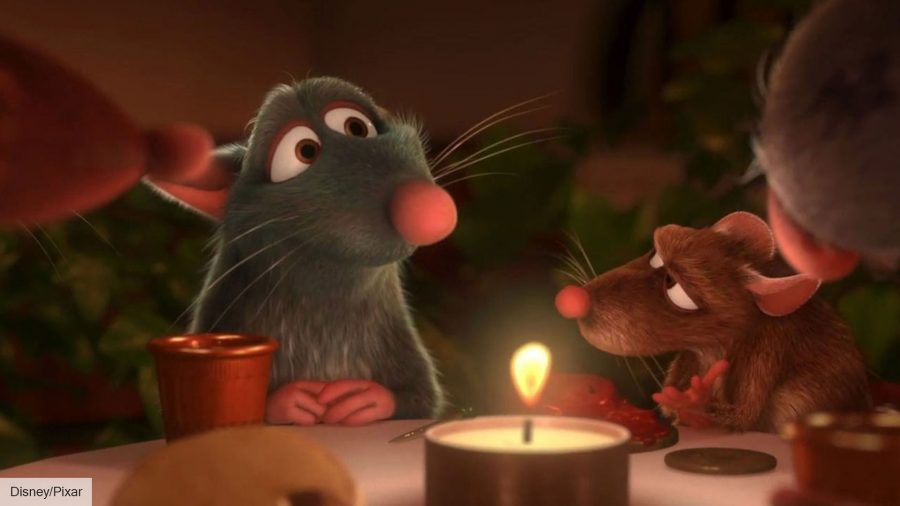 Anyone can cook, even an anthropomorphic rat. Despite having one of the lowest opening box offices out of all Pixar films, Ratatouille is among Pixar’s most highly praised and beloved animations. The journey towards being a celebrated chef in Paris is an uphill battle for any rodent, and young Remi soon finds the odds, critics, and health inspectors up against him during his culinary quest.

Ratatouille’s story is so fantastic that it helped it win best animated feature at the 80th Academy Awards. The intertwining of themes regarding prejudice, passion, and all the charming animated bursts of colour during the scenes when both rats and humans experience the universal joy that is flavour, fit together so seamlessly that it’s easy to understand why critics love this film. 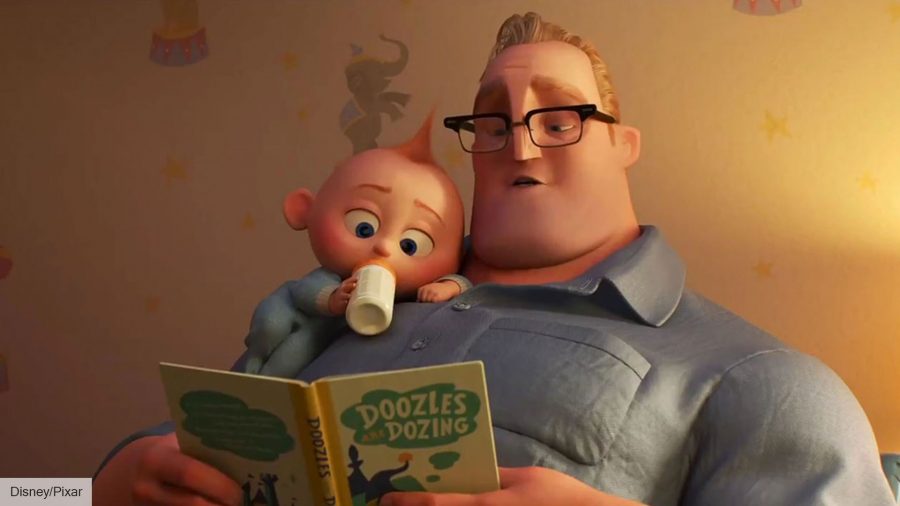 Brad Bird (director of The Iron Giant, and Ratatouille) famously said he wouldn’t do an Incredibles sequel unless he were certain he could make it as good as the first film, and after 14 years, he didn’t disappoint us. Apart from some of the most imaginative fight sequences seen in modern animation in general, The Incredibles 2 shows a unique take on power and gender roles.

It’s about how being a hero isn’t just Elastigirl saving the day, but it can also be being a parent, changing diapers, and getting the kids to school. Being a family is shown to be heroic in itself, giving a fresh spin on the superhero genre and making The Incredibles 2 feel just as smart, original, and fun for the whole family as the first movie was. 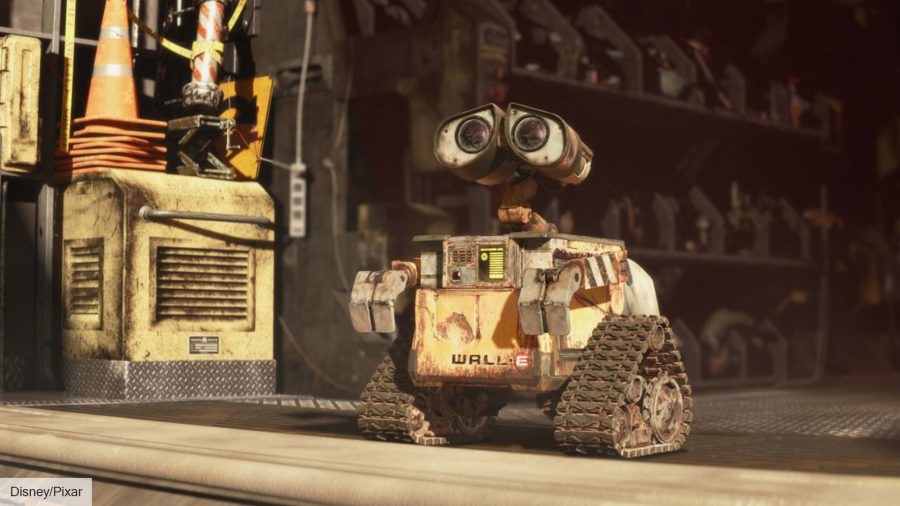 Too often, family films follow the same light-hearted formula, steering clear of any stories on the bleaker side of the animated coin. Wall-E delivers dark themes, top tier visual storytelling, and quite possibly the cutest little robot you’ll ever see. At its core, it’s a movie about loneliness with a little animatronic wandering around the polluted and deserted landscape of future earth.

Need more sci-fi? These alien movies will do the job

The film’s first half features little to no dialogue, which shocked the public upon its release, as cheap jokes were replaced with Wall-E’s whirs. However, this relatively silent film truly showcases Pixar’s artistic chops, proving you don’t need slapstick or lengthy monologues to make someone laugh or cry. Wall-E is a movie that is expertly crafted, delivers points about global warming and consumerism in a digestible way, and is all in all just insanely adorable. 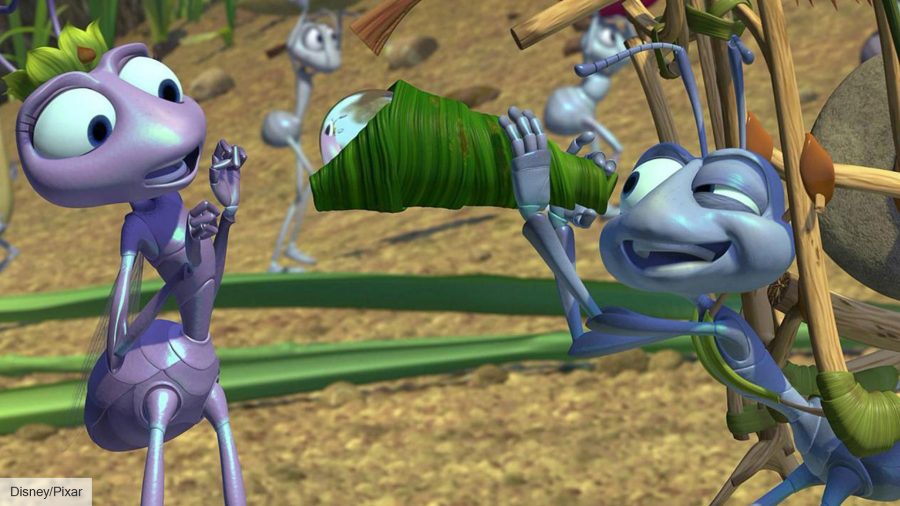 Every ‘best of list’ needs a wildcard, and ours is A Bug’s Life, the underdog story about an ant who must find a way to save his colony from a gang of grasshoppers. Yes, the story is a bit predictable compared to its layered Pixar peers, but what truly makes A Bug’s Life so spectacular is its playing with perspectives and the larger than life world seen in its animation.

Witnessing mundane settings through the eyes of a bug turns the everyday sights into an exciting new spectacle. It’s a film focused on delivering enjoyment as you experience it, wowing viewers with a new take on our familiar world, while telling a story that’s full of jokes and strong characters with ample amounts of personality. It may not leave you an emotional wreck, but it’s a Pixar film that will have you smiling and appreciating animation as an art form. 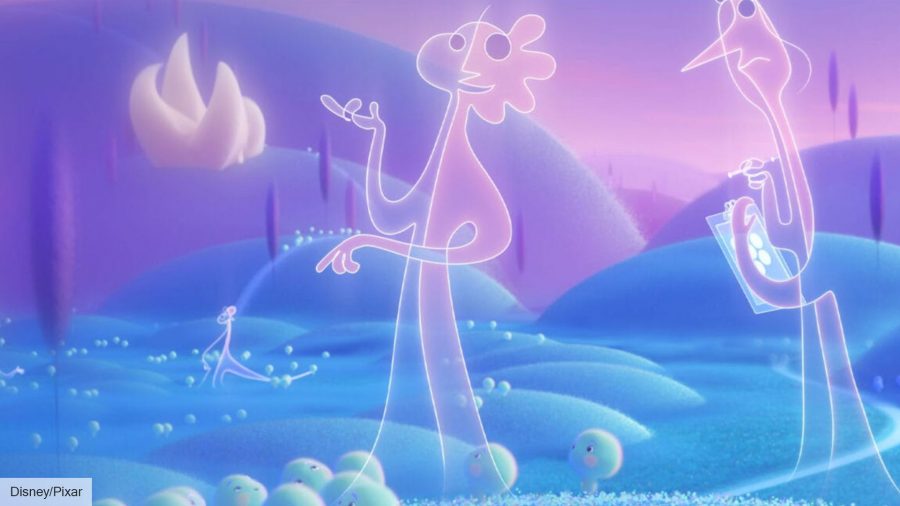 Probably one of Pixar’s most intellectual and surreal features yet, Soul is a film that will leave you sniffling in your seat while also contemplating the meaning of life. The film follows an aspiring jazz musician Joe Gardner (Jamie Foxx), who, after scoring a life-changing gig, has an accident involving a manhole, and suddenly dies. However, unwilling to go to The Great Beyond just yet, he and Soul 22 (Tina Fey) try to get him back to the land of the living.

Soul is about learning to appreciate our time on earth and finding a spark of joy in all the little wonders we take for granted every day. Its tackling of huge philosophical themes, the blending of 2D and 3D animation, and its existential and dark metaphorical imagery make it feel immensely impactful for all ages, and more mature and experimental than any other Pixar film to date.

Can’t get enough animation? Be sure to check out our list of the best animated movies.