Between all the broomsticks, butterbeer, and explosive spells, there’s no denying the Harry Potter franchise holds a special place in many fantasy lovers’ hearts. In fact, the famous story of Harry Potter and his friend’s adventures in the colourful yet dangerous Wizarding World is considered by many to be timeless. However, with ten films in total, and more on the way, it can be tricky figuring out where to start.

Unlike other franchises, Harry Potter’s titles aren’t numbered, so wizarding newbies can find themselves incredibly confused. All of the Harry Potter movies are sequential, meaning that if you don’t watch them in the right order, you’ll most likely be trying to piece together the plot yourself, scratching your head in confusion instead of enjoying movie night.

Keeping that in mind, we’ve made a spoiler-free guide to establish what’s the best order to watch the movies in and why. Looking at all eight Harry Potter films and the spin-offs, here is the list of movies, in the order which tells the magical story the best as of right now.

What is the correct order of the Harry Potter movies? 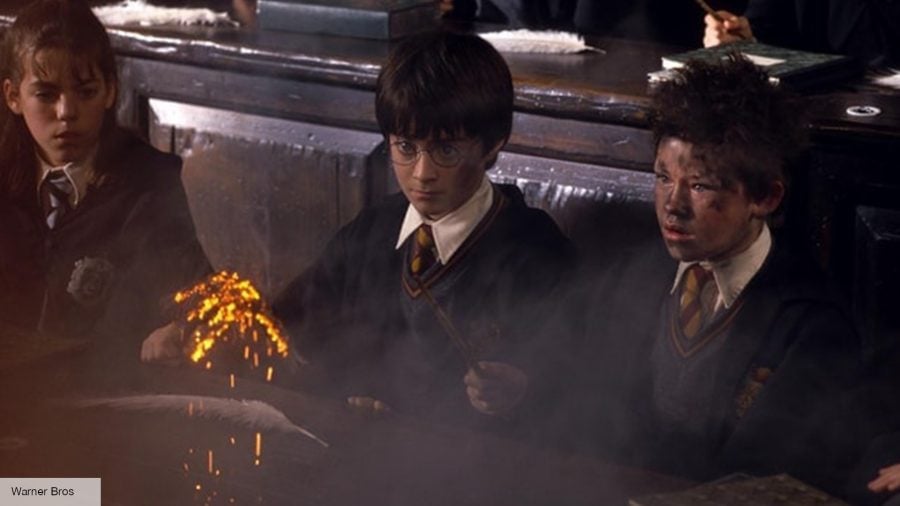 Harry Potter and the Philosopher’s Stone (2001)

The first movie (known as Harry Potter and the Sorcerer’s Stone in the US) that captured our hearts and drew us into the magical world. Here we meet Harry Potter, played by Daniel Radcliffe, an 11-year old orphan who learns the truth about his past after receiving an invitation to Hogwarts School for Witchcraft and Wizardry. 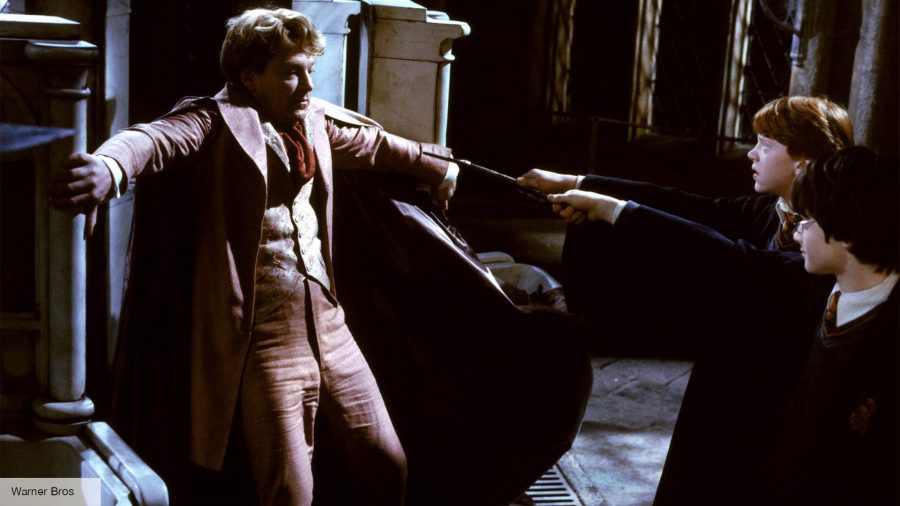 Harry Potter and the Chamber of Secrets (2002)

Following where the first movie left off, Harry Potter and the Chamber of Secrets is set during Harry’s second year at Hogwarts. Like the first movie, there seems to be no escaping danger for poor Harry, from mysterious diaries, interfering House Elves, and peculiar attacks on students; his second year proves to be just as thrilling as his first.

The movie builds up the Wizarding World introduced in Harry Potter and the Philosopher’s Stone, giving audiences more lore and backstories for Hogwarts, its professors, and some insight into Lord Voldemort’s childhood. 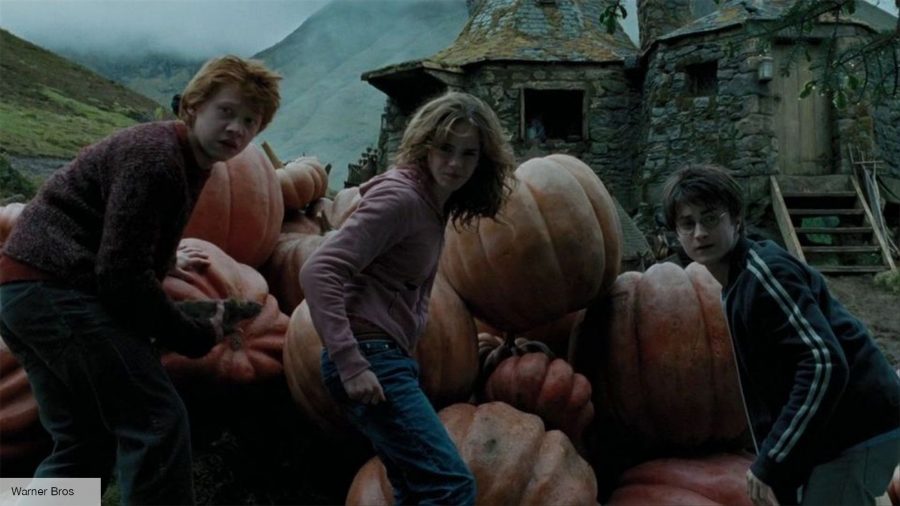 Harry Potter and the Prisoner of Azkaban (2004)

Things start getting serious in Harry Potter and the Prisoner of Azkaban. Set in 1993, during his third year in Hogwarts, Harry learns more about his parent’s death and the scary scale of Lord Voldemort’s influence.

The story becomes darker, more mature, and the stakes are raised. Not only is it considered by many to be the best Harry Potter movie overall, but the film also fully entrenches the sense of impending doom, emphasising the extent of Voldemort’s power. By the end of the movie, viewers are hooked, desperate to see how Harry can possibly triumph over his nemesis. 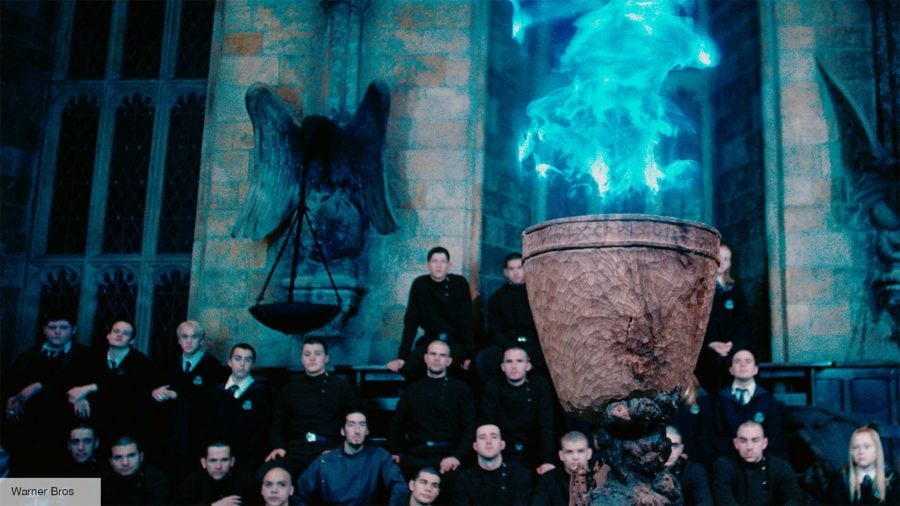 Harry loses his crush to a young Robert Pattinson (pre-Twilight), Ron becomes a grumpy killjoy, and we finally get to see Voldemort (Ralph Fiennes) in all his terrifying glory. During Harry’s fourth year, Hogwarts hosts the Tri-Wizard Tournament, and Harry finds himself suspiciously nominated.

Hot property: The best movies ever made

He’s thrown into more dangerous situations, battling dragons and sinister mermaids, all while under the scrutiny of the magical press. Harry Potter and the Goblet of Fire marks the turning point in the franchise.  Danger, Voldemort, and death become a firm reality, and the rest of the story feels darker from here on out. 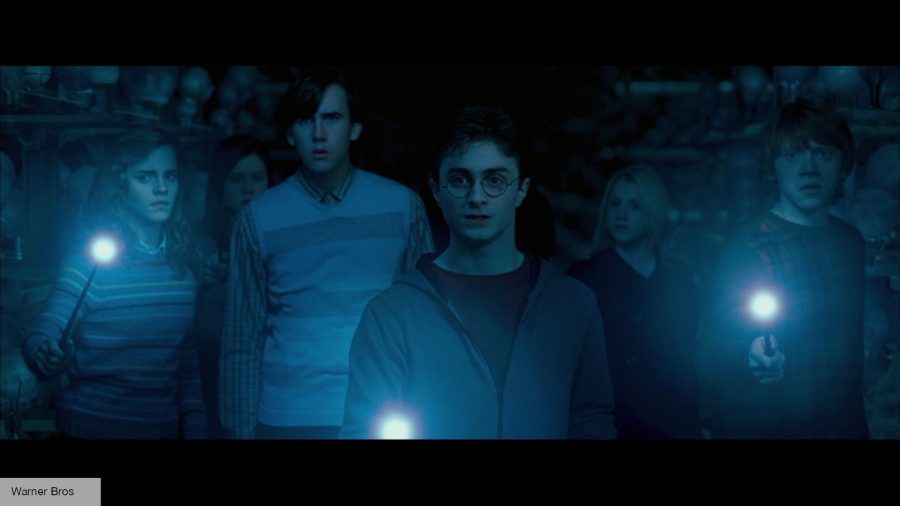 Harry Potter and the Order of The Phoenix (2007)

Following the sombre tone set by the previous instalments, themes of information suppression, and the abuse of power are introduced into Harry Potter’s story. The Ministry of Magic now has firm control over Hogwarts, Harry sets up a secret group to combat Voldemort, and we encounter the most hateable villain in the story – second only to Lord Voldemort himself – with the introduction of Dolores Umbridge (Imelda Staunton).

Harry Potter and the Order of The Phoenix isn’t the most significant movie in the grand scheme of things, but it serves an important function in pushing the story forward. 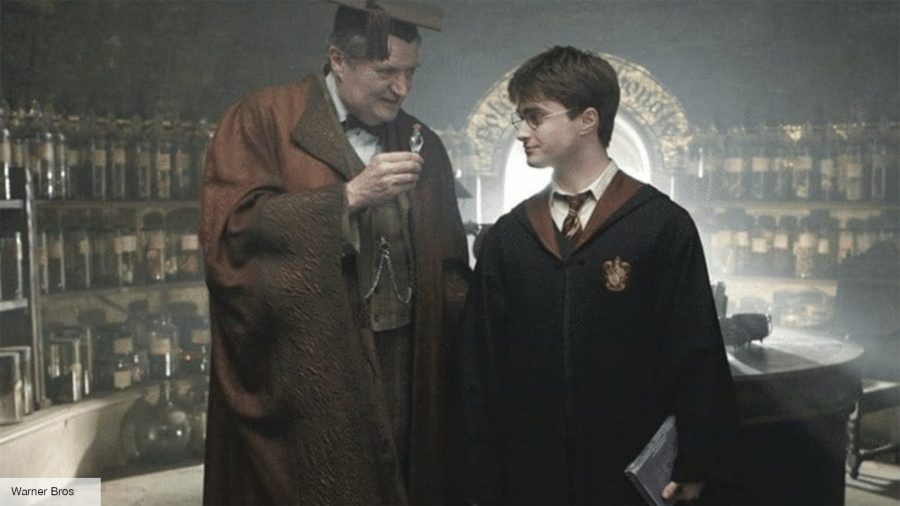 Harry Potter and the Half-Blood Prince (2009)

Harry and his friends are now fifteen going on sixteen, battling not just Voldemort and his Death Eaters but also puberty as they go through their sixth year at Hogwarts. Romance and teenage angst dominate most of this film, but some key information is introduced regarding Voldemort’s past and apparent immortality.

View masters: The best TVs for your movie nights

Here we learn about Horcruxes (objects infused with a person’s soul) and are given hope that there may be a way for our protagonists to defeat Voldemort once and for all. Harry Potter and the Half-Blood Prince is known as one of the weaker films in the story but is a necessary watch if you want to understand the last two movies in the franchise. 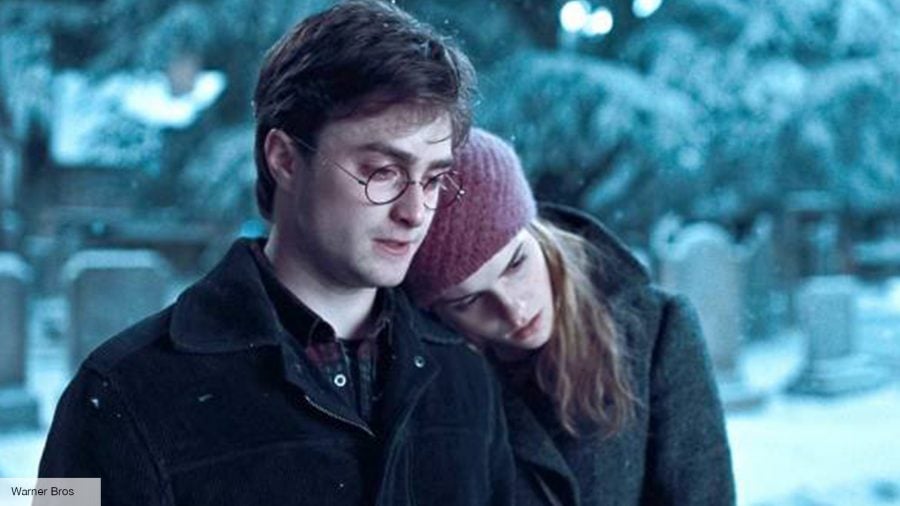 The introduction to the climax of the entire story, here is what the past six movies were all building up to, and trust us, it’s well worth the wait. Harry, Hermione and Ron have made leaps and bounds since their first adventure in the Philosopher’s Stone.

The movie sees their growth as they set out on their own, leaving loved ones and Hogwarts behind. Paired with some of the most sombre and striking moments in the entire franchise, the film is a great stepping stone to the finale. All the struggles we see the trio go through make you root for them more than ever as they gear up for their final showdown against Lord Voldemort. 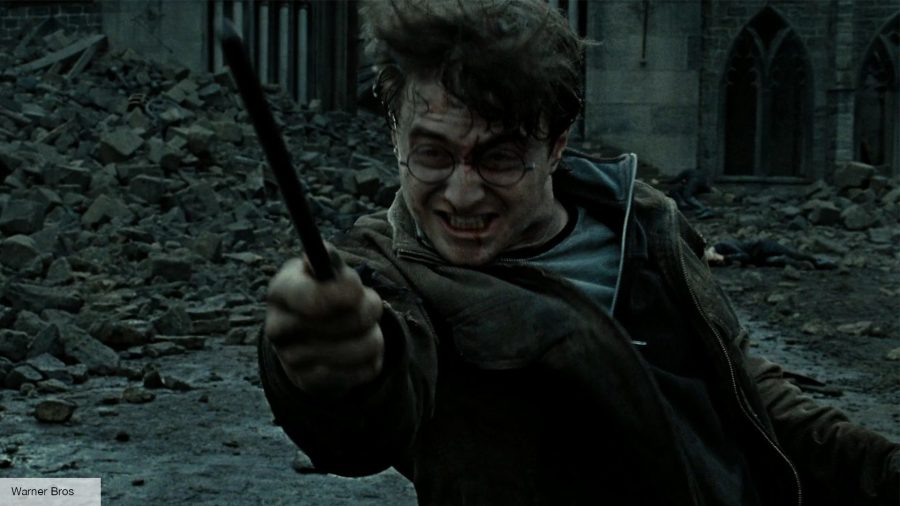 Unlike part one, which was all slow emotional set-up, Harry Potter and the Deathly Hallows: Part II throws you into the action from the get-go. From the moment the film begins the pace picks up, with each urgent and intense action scene outdoing the last, as Harry Potter’s story comes to an explosive and highly entertaining end.

After all the films where we’ve seen the characters grow from nervous school kids into impressive heroes fighting for the greater good, the ending to this epic is a satisfying conclusion to Harry’s story and ranks among the best in the series. 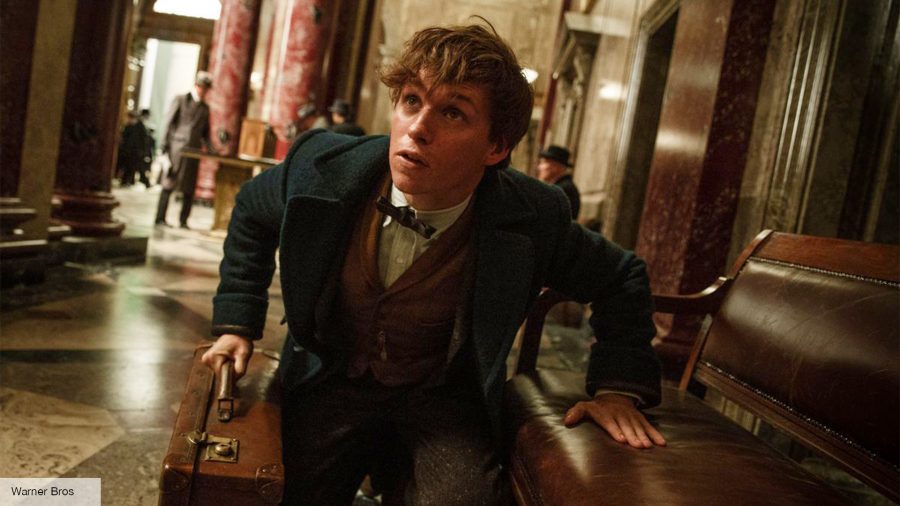 Fantastic Beasts and Where to Find Them (2016)

For the first time, viewers are shown the magical world outside England as a quirky British wizard called Newt (Eddie Redmayne) travels around New York in 1926, capturing all the magical beasts that have escaped from his suitcase.

Unlike Harry Potter and the Philospher’s Stone, the movie Fantastic Beasts and Where to Find Them doesn’t introduce the Wizarding World fully to viewers. Instead, the movie expands on it, giving everyone sad to see Harry’s story end, more magical adventures to dig their teeth into with a wholesome spin-off full of cute (well, mostly cute) critters. 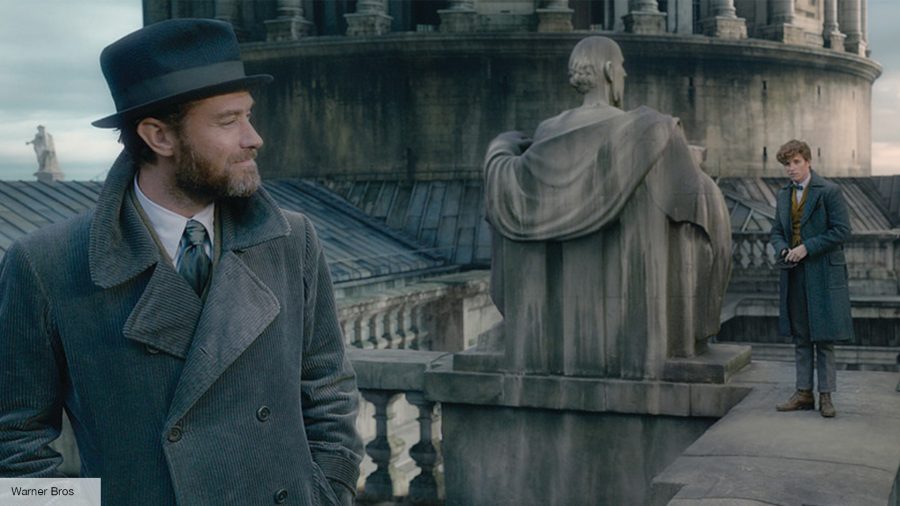 Fantastic Beasts: The Crimes of Grindelwald (2018)

Following the events of the first film, Newt is still travelling around like the Wizarding World’s version of a seasoned Pokémon trainer. However, our beloved magizoologist soon finds himself facing new threats, and nefarious figures as Grindelwald finally makes his move.

This film has so many subplots it can be difficult for even die-hard Potter fans to keep up with and the film is considered one of the weaker chapters in the Harry Potter universe. Despite this, the movie sets up some exciting future stories, like a young Dumbledore’s (Jude Law) and Gellert Grindelwald’s (Johnny Depp) romantic past.

And there you have it, that’s all the Harry Potter movies as of 2021, and the best order to watch them in. However, it isn’t the end just yet. Fans can look forward to more magic in the third Fantastic Beasts movie, which is set for release in cinemas next year.

If wands, wizards, and witches aren’t your thing why not check out our list of the best adventure movies?