What are the best streaming services? Whether you’re a seasoned on-demand watcher or just tired of broadcast TV, there are now dozens of streaming services ready and waiting to entertain you at a click of a button. With more people than ever choosing to cut the cord and new services joining the big names like Netflix and Amazon Prime Video, it’s undeniable that we have entered a new era of entertainment.

Be it live TV, sports, or the latest blockbusters, watching the best TV series and the best movies has never been easier. With all these options though, subscriptions can soon stack up, making your wallet cry, and leaving you stuck scrolling through menus instead of actually enjoying yourself. Well, we’re here to help. In this guide, we go through all the best streaming services that deserve your attention.

We’ve taken into account the names with the greatest selections, top-notch streaming quality, user experience, and the best value for money. Keeping in mind that US and UK viewers have different services available to them right now, we’ve also tried to make our guide as internationally accessible as possible, putting down options (with just a few exceptions) that everyone can enjoy, with or without a VPN.

What are the best streaming services? 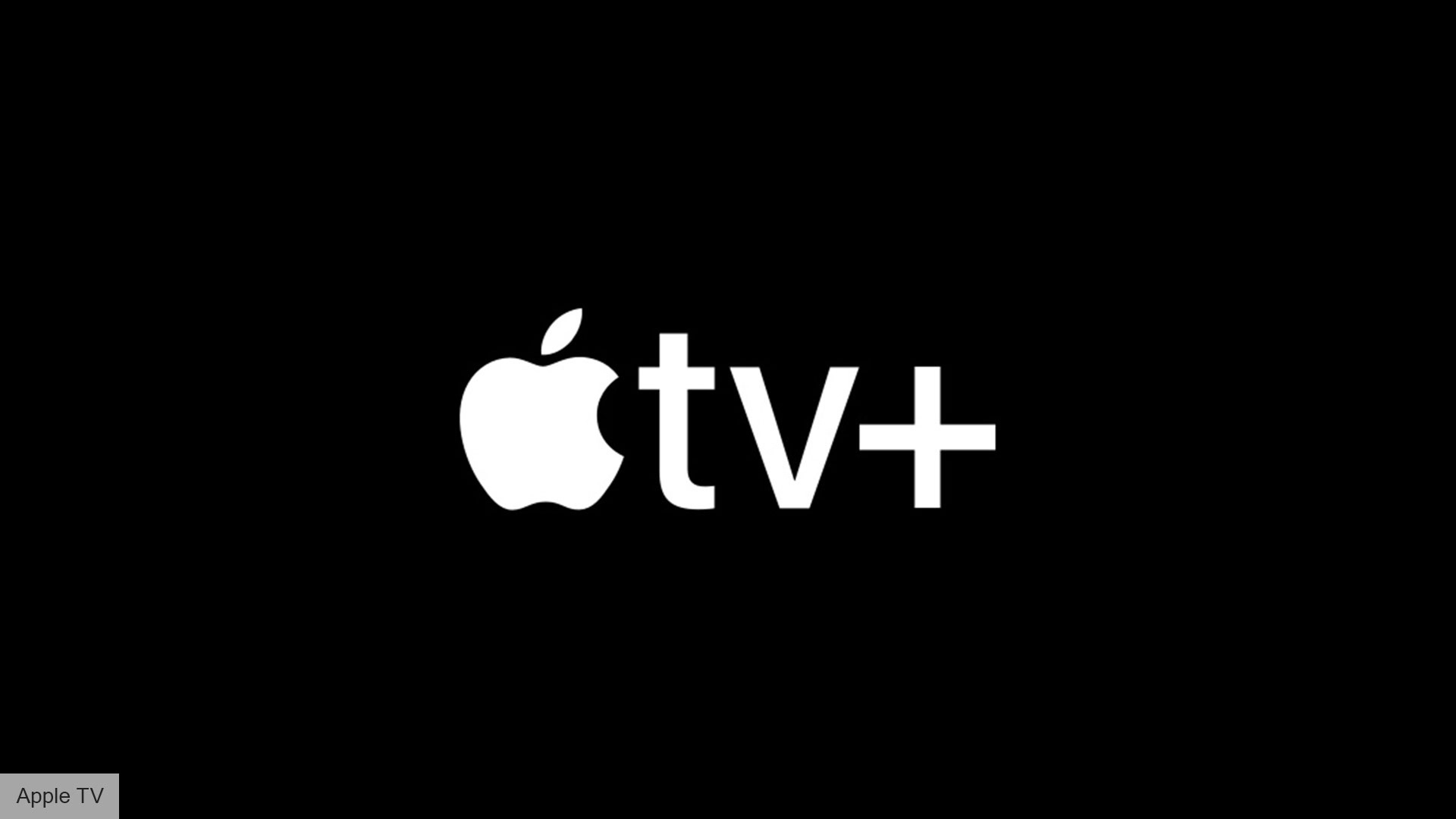 One of the newer entries on our list, Apple TV Plus, came into the streaming game in 2019 and makes for a great alternative to some of the more established services despite sporting less variety than most. 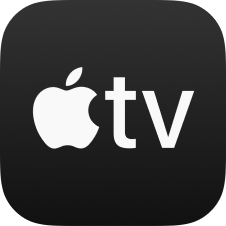 It mainly offers high-quality originals and has become increasingly popular thanks to titles like the award-winning comedy series Ted Lasso. However, Apple TV Plus is slowly adding more content to its library and has announced it is looking to acquire some older titles soon. For any Apple device users, the pricing deals are too good to pass up, and with an Apple TV 4K, you can watch all your shows in Ultra HD. 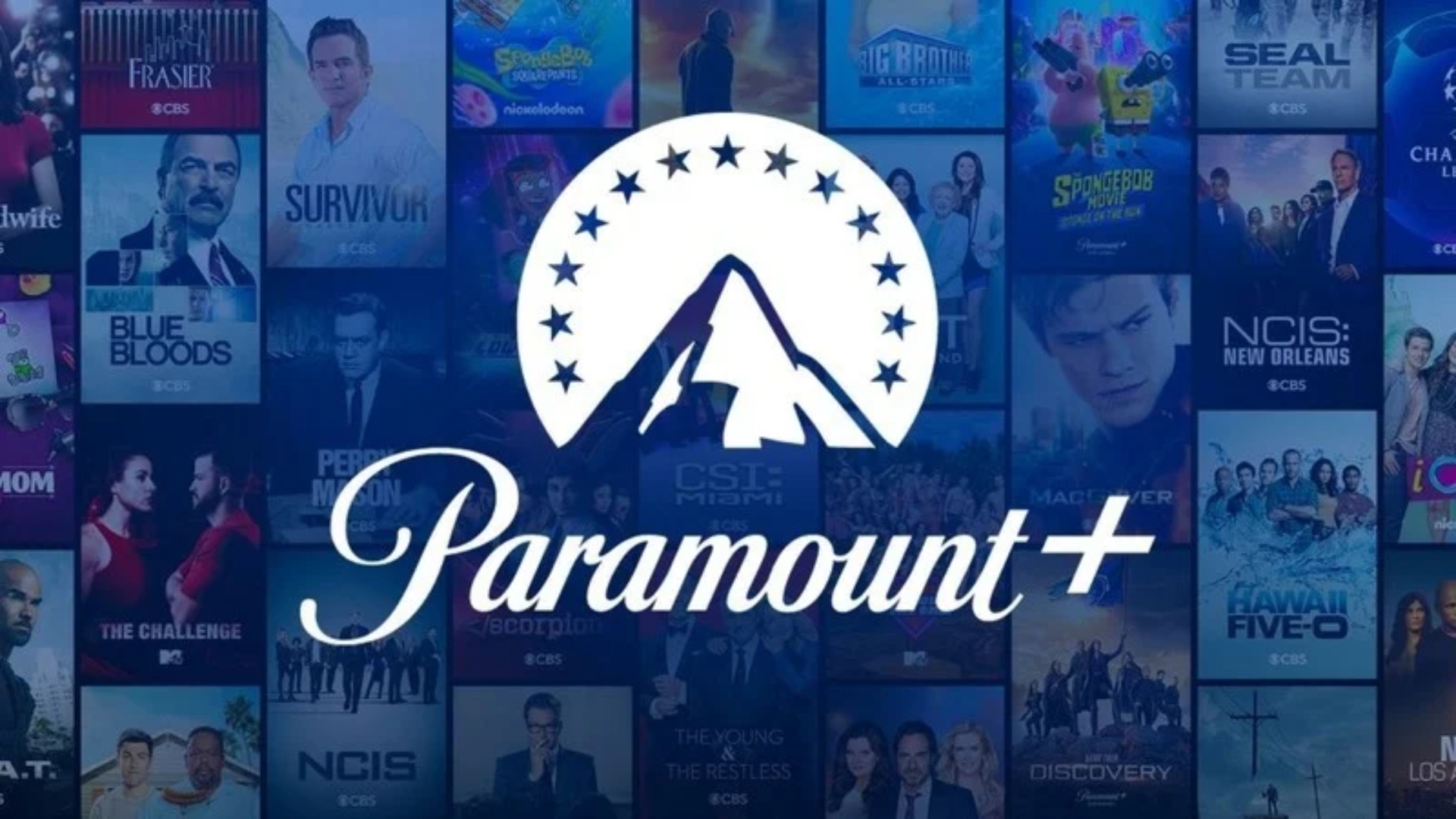 Paramount Plus is home to a wealth of sports programming (including the National Football League, PGA Championships, the UEFA Champions League and many others), as well as the majority of all Star Trek content ever created (including TOS, TNG, Picard, and more).

If you love classic American sitcoms, there’s also a bunch to choose from on Paramount Plus, with Cheers, Frasier, Happy Days, and The Brady Bunch all among the countless options in their library. With so many long-runners, Paramount Plus is a brilliant choice if you’re somebody who loves to binge on something that’ll bring a smile to your face. 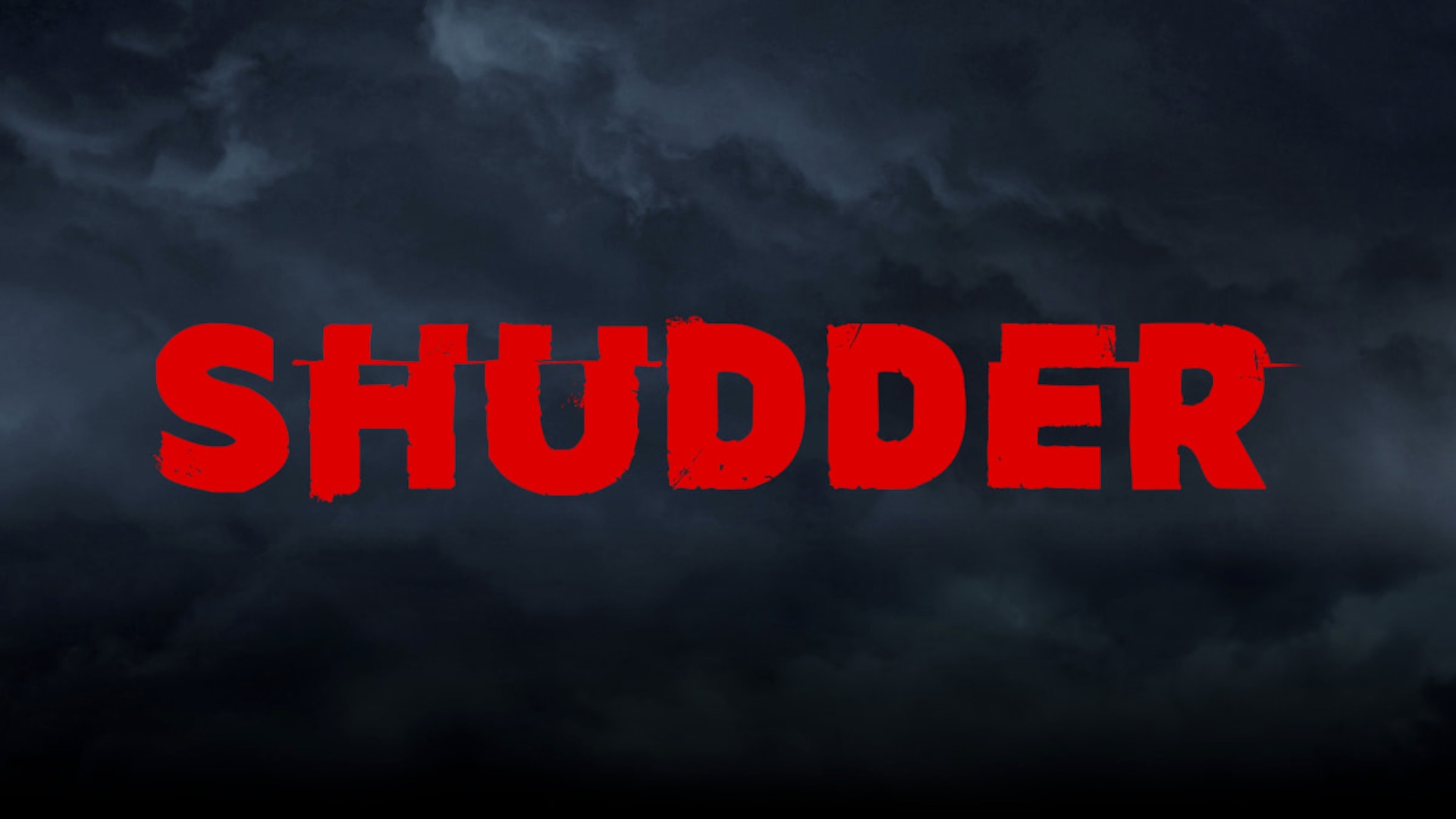 Finding good horror to stream is hard, with even the big names like Netflix rarely delivering quality scares. Thankfully, there’s Shudder – a streaming service dedicated to the genre, giving fans a selection of horror classics as well as new spooky original series and films like Creepshow and A Discovery of Witches.

And shiver: The best horror movies

It also has the famed Masters of Horror Collection in its selection, which features work from thirteen acclaimed directors such as John Carpenter (Halloween), Dario Argento (Suspiria), and Tobe Hooper (The Texas Chainsaw Massacre). Shudder is low cost, full of new content, and is a specialist streaming service that does its niche right. 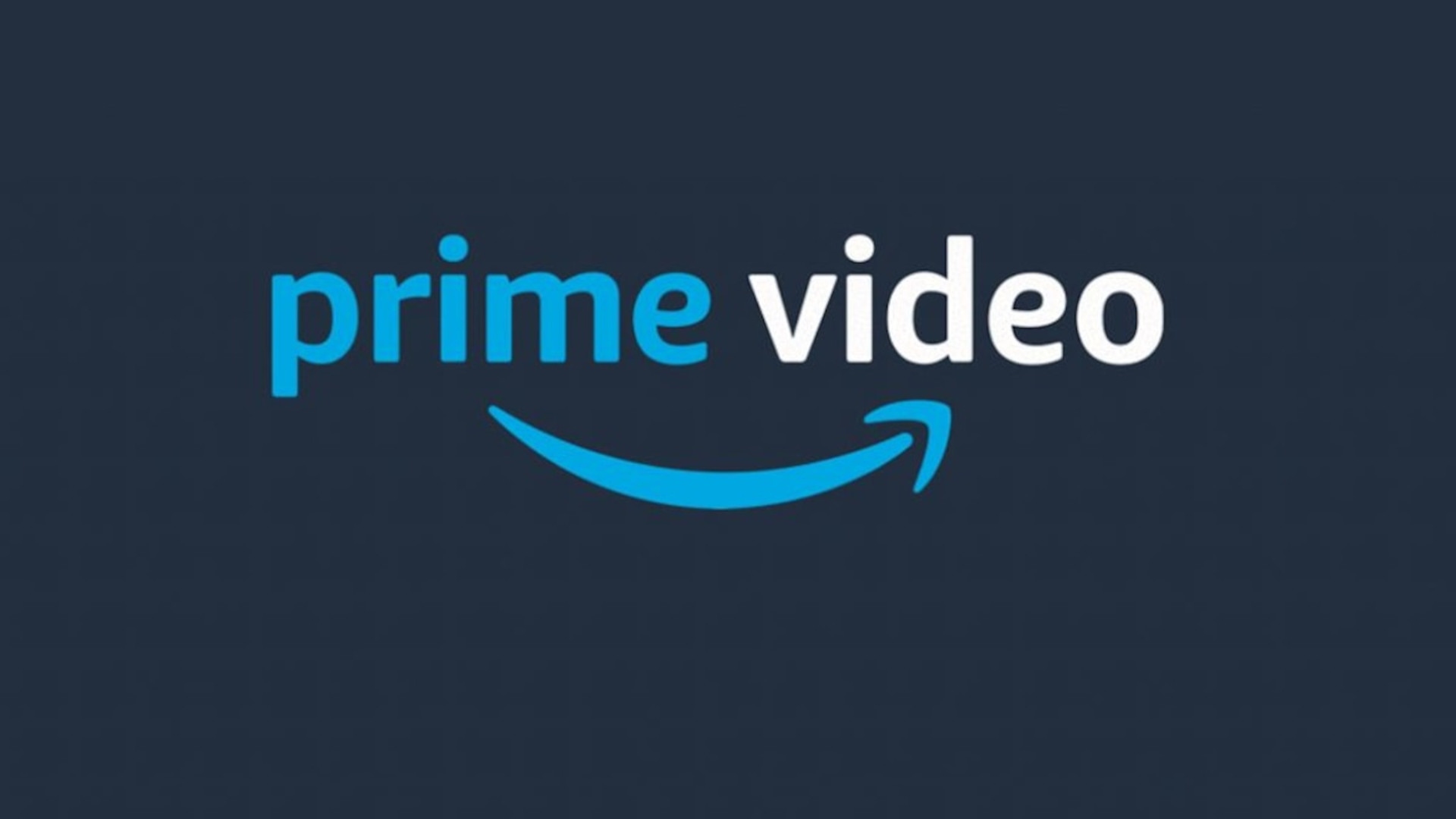 If you’re an Amazon Prime member, you’ll no doubt love this streaming service. Amazon Prime Video stands next to Netflix with the vast amount of content available for users to watch. Boasting new originals like Tom Clancy’s Jack Ryan and timeless classics like The X-Files, there is a lot for everyone to enjoy. Its streaming quality is known for being excellent, supporting 4K and HDR streams, and downloads for offline viewing. 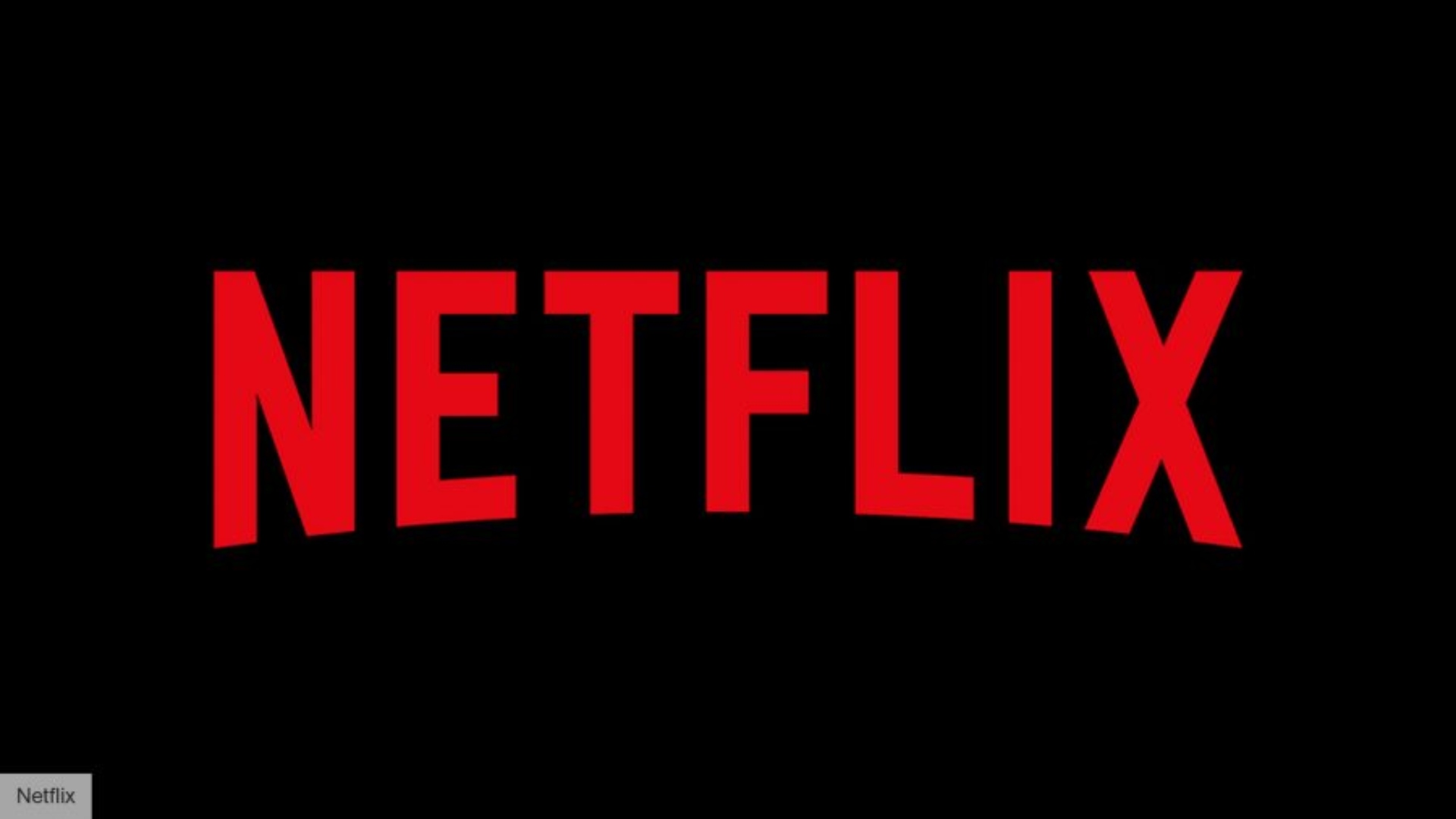 Since it began streaming content back in 2007, Netflix has held its position as top dog and is by far the most popular service on the market today. It has an impressive variety of TV and films to pick from, a user-friendly app, and is consistently pumping out exciting original content to keep its users entertained.

Over the years, quality has taken a bit of a hit, especially with a few Netflix originals. Still, the service has slowly been getting better, with some films like Marriage Story and The Irishman achieving recognition from the Academy Awards. The future looks bright for Netflix, and with three different plans to pick from, and even the option to stream in 4K, it’s easy to get the most out of your money after signing up. 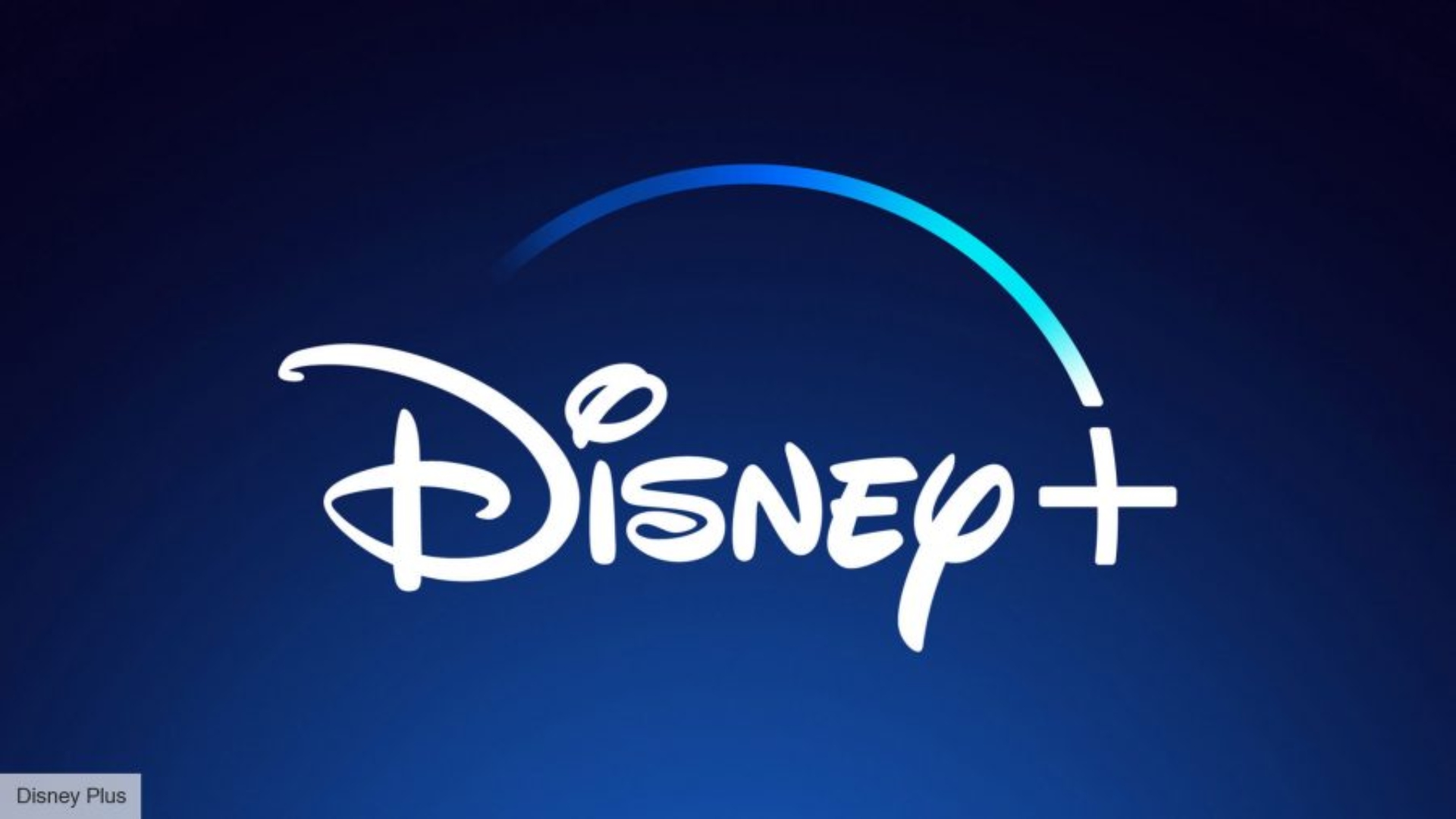 Disney Plus is a service that keeps on building in popularity thanks to a steady stream of exciting new content. It offers Pixar, Marvel, National Geographic, Star Wars, and more, all organised and grouped for user convenience.

Between Star Wars shows like The Mandalorian, Ahsoka Tano, and Loki, WandaVision, Hawkeye, and the rest of Marvel Phase 4, it’s become a one-stop-shop for your favourite franchises. The price for Disney Plus may have increased as its library doubled in size, but when you can watch all your picks in 4K and HDR for little to no extra cost, it definitely feels worth it. 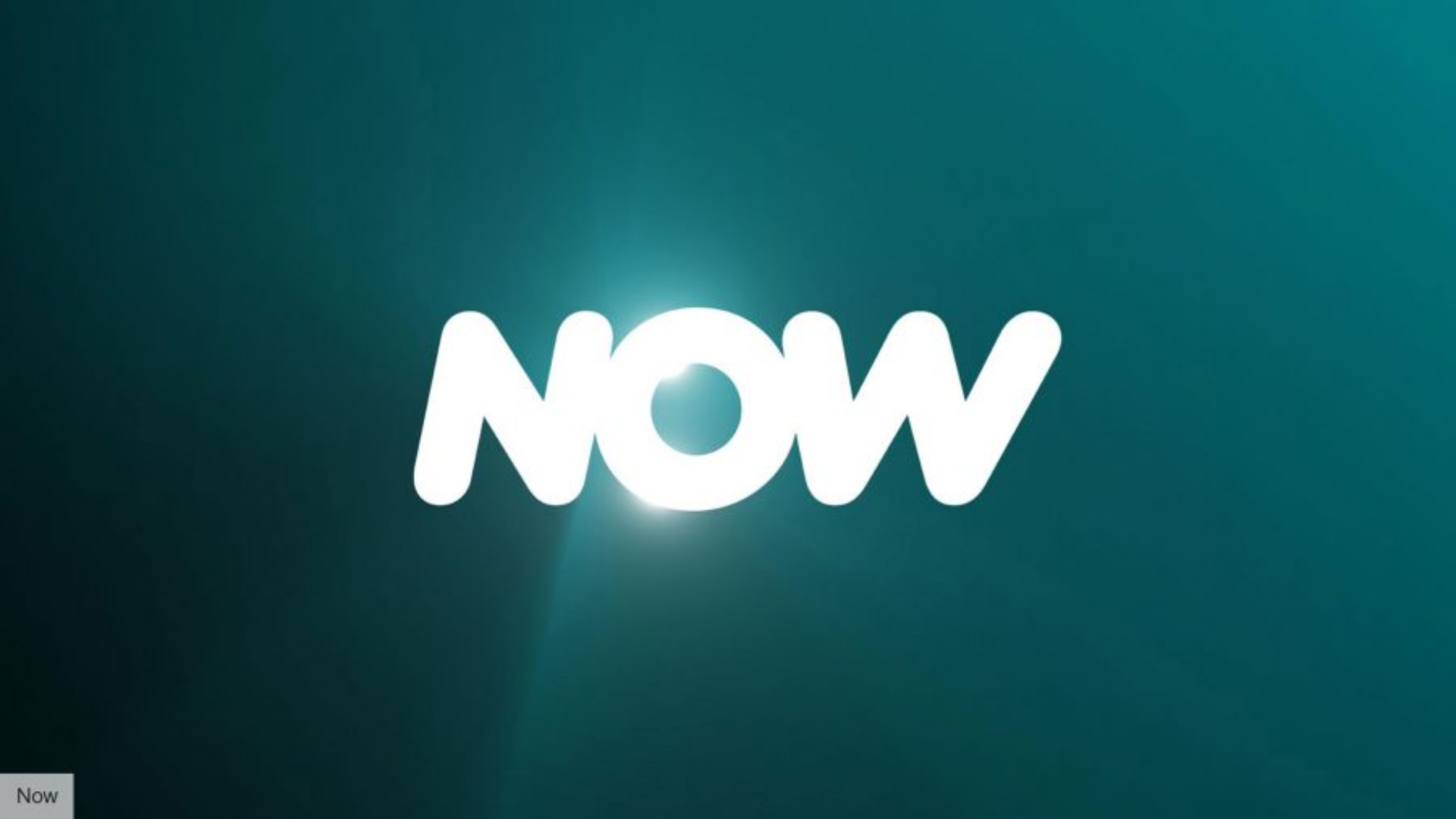 Sorry to any readers from the US, here is one of the region exclusive picks on our list. For UK viewers finding Sky titles can be a hassle, so Now (previously known as Now TV) is a godsend. Now offers top-notch programming giving us some of the best entertainment to come out of America, with movies like Zack Snyder’s Justice League and an extensive list of HBO and Showtime series like Chernobyl being the recent examples to prove that fact.

Unfortunately, the pricing and streaming quality aren’t the best. Now’s default 720p resolution is lacklustre, and you will have to pay to upgrade (or Boost) it to 1080p. Subscribing to the various channels can be expensive as well, especially if you want them all. Now is a pricey option, but for the variety of content you get, it’s one we’re willing to pay for. 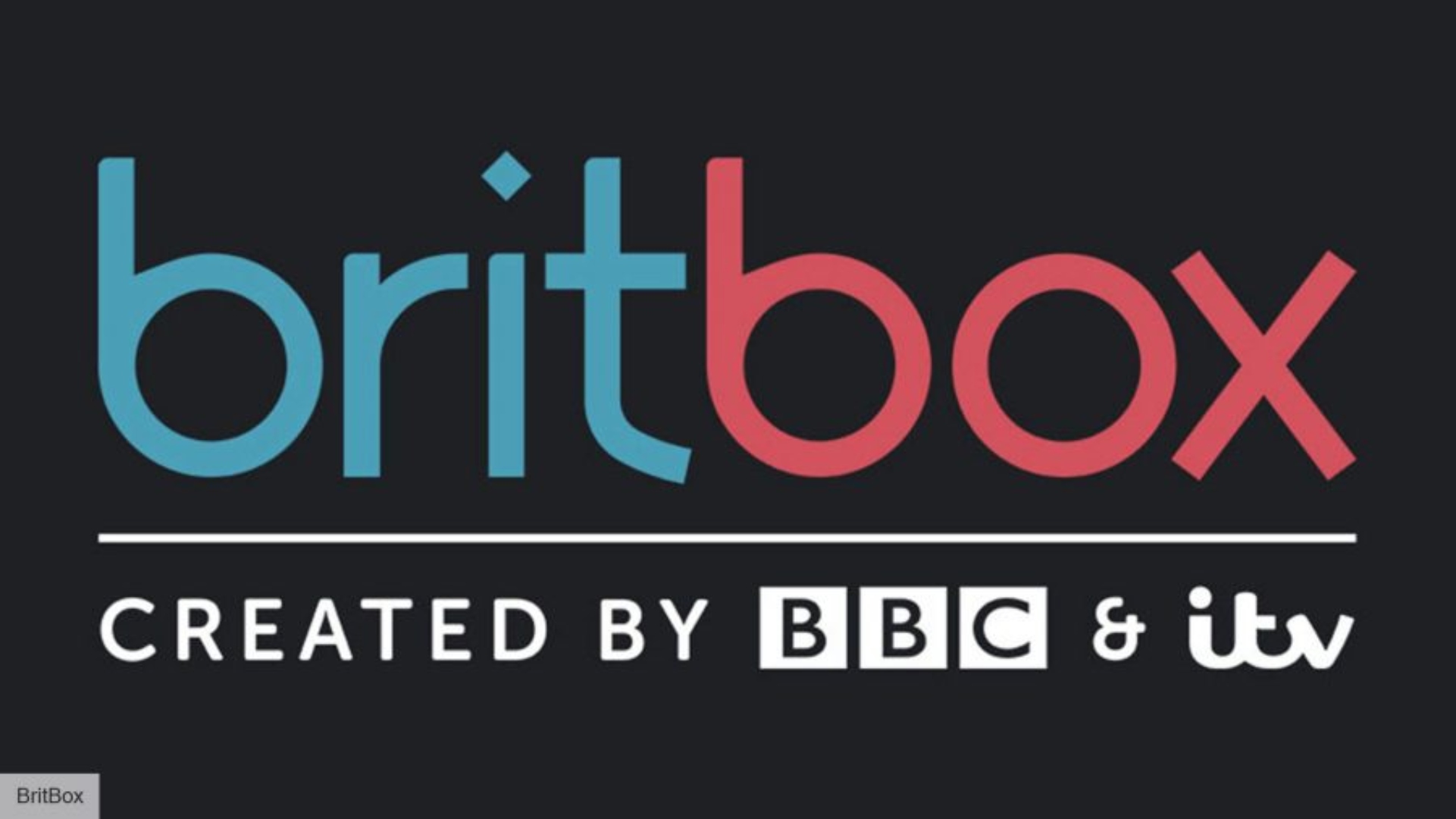 British broadcasters BBC and ITV team up to deliver a streaming service that brings the best of British entertainment to various countries. If you’re a big fan of British TV and want to binge some Doctor Who, it’s a service that you’ll probably want to pick up.

Although you can find British programming via other streaming services such as All 4, BritBox has the best selection of British boxsets, and stands out with its deeper collection of TV and films compared to other services. It’s one of the more specialised picks on our list, but one you can’t ignore, due to its selection of cult-classic shows that many (especially those outside the UK) will appreciate. 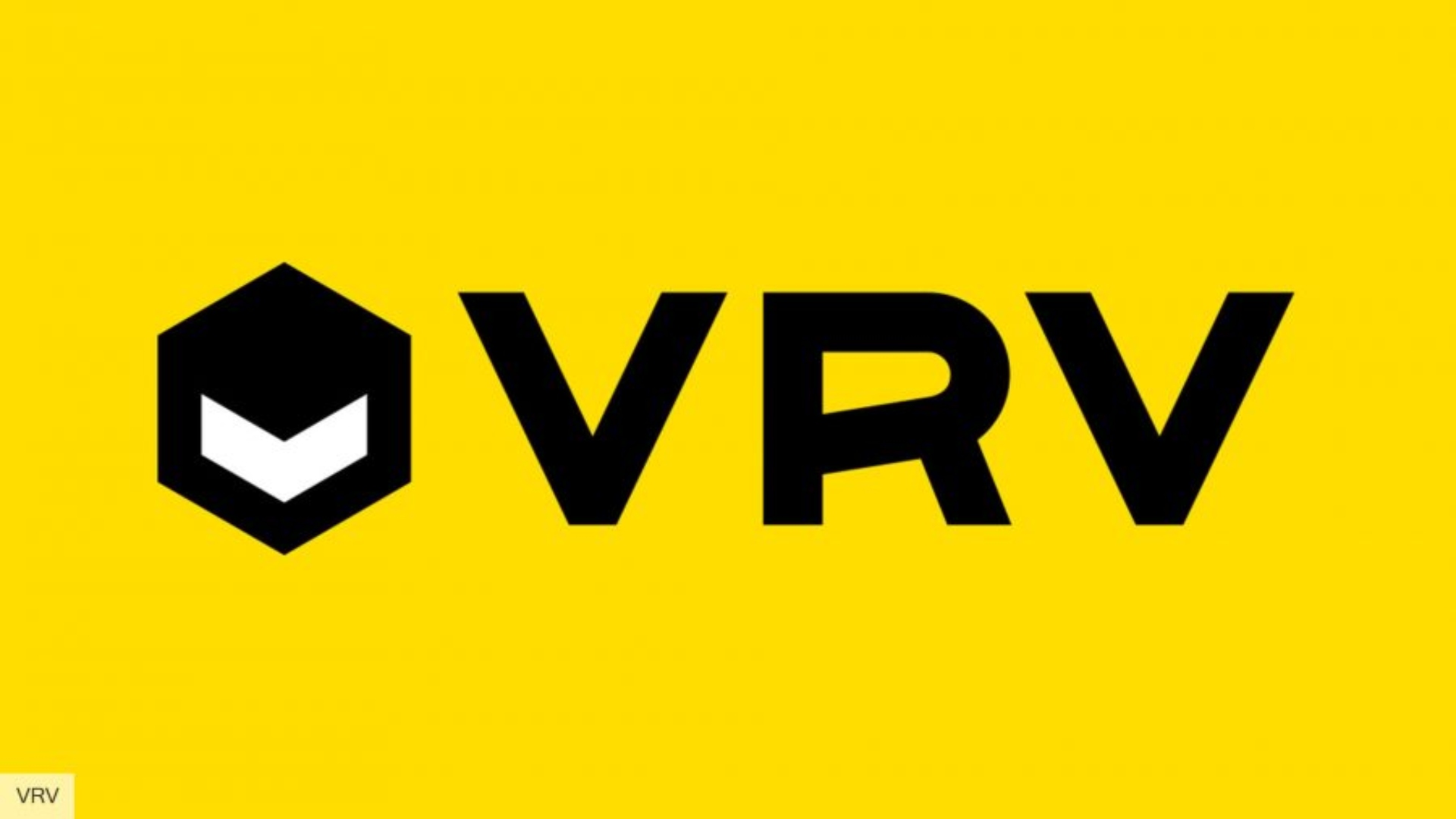 When you talk about the best service for streaming anime, cartoons, and gaming, the US exclusive service VRV manages to stand out as top of the pack. Here beloved channels are bundled together for your convenience and together make for one of the most diverse niche streaming services out there. VRV has content from Boomerang, HIDIVE, Cartoon Hangover, Crunchyroll, MONDO, NickSplat, Rooster Teeth, and even a few originals.

Dive in: The best anime series

The broad amount of content fully caters to its target audience, and if you aren’t too annoyed by ads, you can watch most things for free in 1080p. However, despite its diverse library and competitive pricing, VRV lacks certain community features (e.g. forums, manga, and merchandising stores) that veteran anime lovers may take issue with. 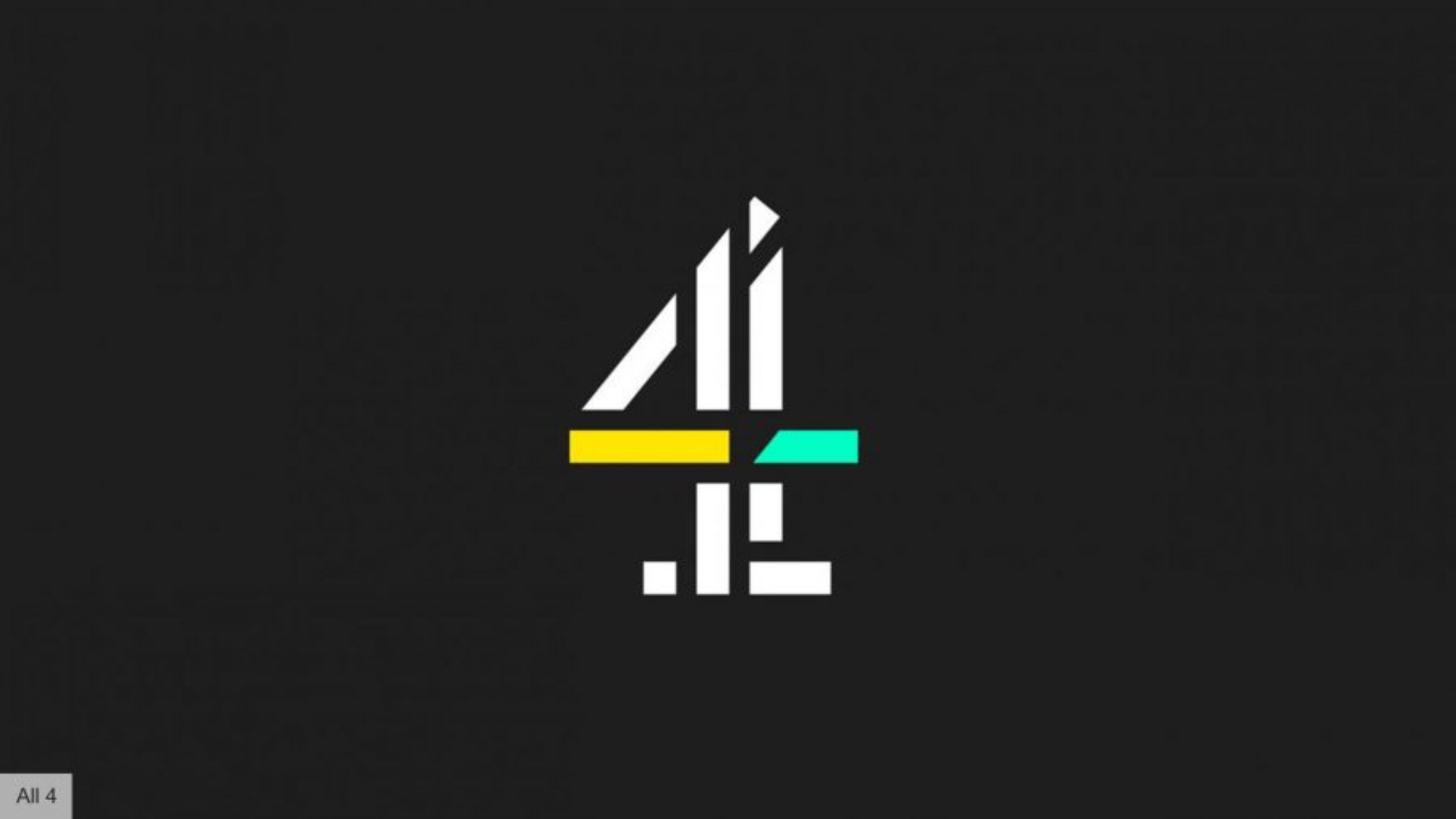 Another UK Exclusive on our list, All 4 is a great free alternative to Netflix and Amazon Prime Video. Channel 4’s streaming service will surprise many with its range and quality of content, giving us some hit UK and US series for (and we can’t stress this enough) free.

Besides offering live shows, one of the most user-friendly built-in TV guides, and the option to download series on the go, it also has a huge number of boxsets to binge. Whether it’s US classics like Malcolm in the Middle or British comedy gold like The Inbetweeners, there’s tons to keep you busy. It’s pretty much a perfect service for any TV lover and if the pesky ads become unbearable, upgrading to the ad-free All 4+ for just £3.99 is a pretty great deal. 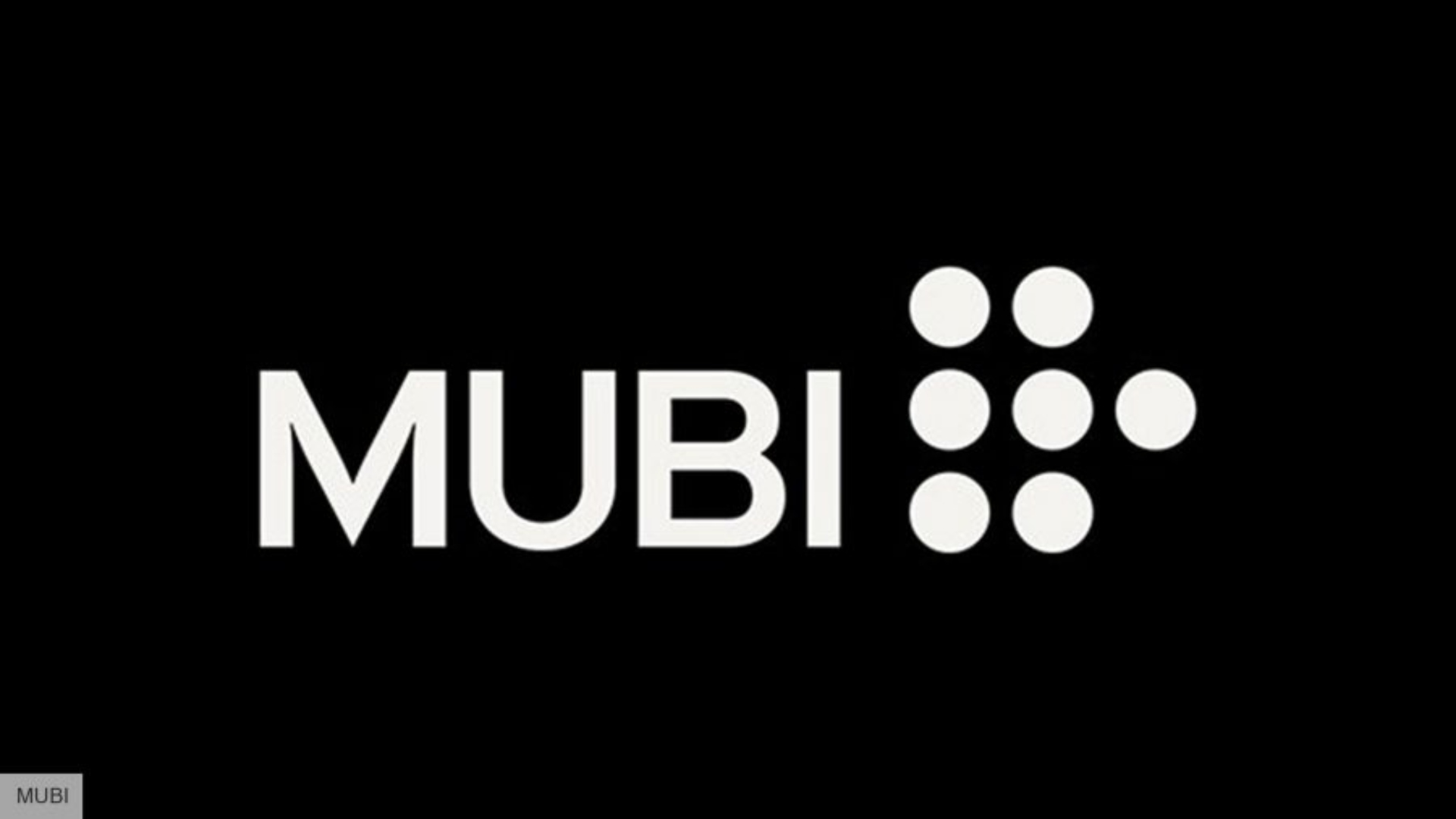 MUBI is the movie-streaming service every cinephile needs in their life. It offers an extensive and varied collection of films in both its Now showing and library sections, and is updated frequently. Featuring documentaries, films, and art-house shorts, every addition has been carefully considered and handpicked by MUBI curators, giving a quality guarantee like no other.

Crystal clear: The best TVs for your home theatre

All content can be streamed in 1080p, downloaded for offline viewing, and there are community features in place. You can write reviews, engage in discussions with other movie connoisseurs, read editorial content, and create lists. In this way, MUBI is not only a solid streaming service, but also a friendly society for hardcore film lovers to chat with one another. 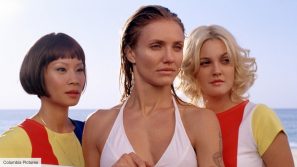