For many, Disney holds a special place in their hearts, with its films being a warm comfort that make us laugh, cry, and sing our lungs out. No one can argue that Walt Disney’s colourful and magical films have had a huge impact on informing our childhoods, and was probably where a lot of us took our very first steps into the wondrous world of cinema.

Few other animated movies feel as personal as these classics, where fairy tales, animated mischief, and catchy songs come to life. But, despite the wholesome family themes of these movies, when discussions about the best Disney movies come up, things can get heated.

After more than 80 years, hundreds of films, and heaps of personal bias from nostalgic memories, one thing is certain – no one’s top Disney movie list will ever be the same. However (luckily), we’ve picked ten standouts that are must watches for every Disney fan. From the animated classics to newer Pixar movie adventures, here is our list of the best Disney movies.

What are the best Disney movies of all time? 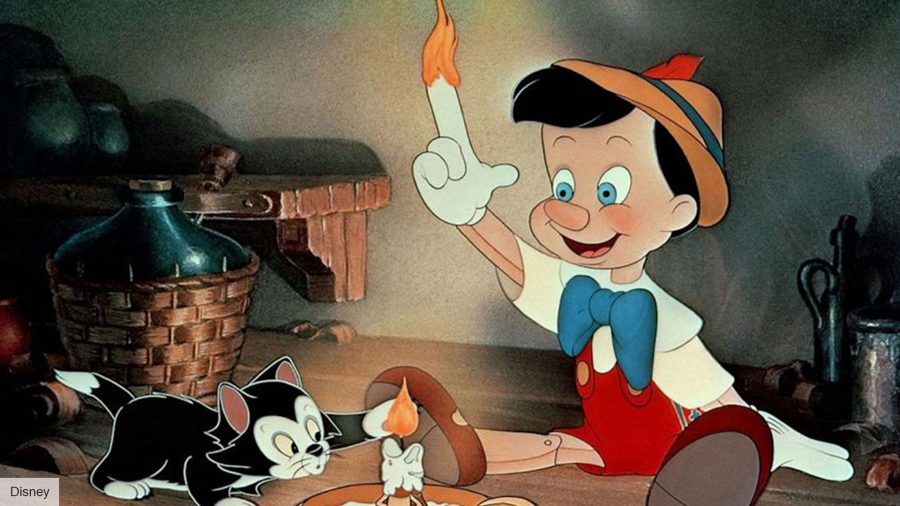 Pinocchio is one of the darkest Disney films, and the chances are if you watched it as a kid, you probably remember having nightmares about boys turning into donkeys and massive whales with razor-sharp teeth. Based on Carlo Collodi’s original book, Disney’s Pinocchio is a deep story, full of songs bursting with subtext, and cute characters. It’s a movie about growing up and overcoming adversity.

At its heart, we get one of the best and most meaningful stories to come out of Disney as the puppet Pinocchio goes out and learns the ways of the world. Yes, it may not be for the faint of heart, and it might give you bad dreams but Pinocchio is still one of Disney’s greatest accomplishments. 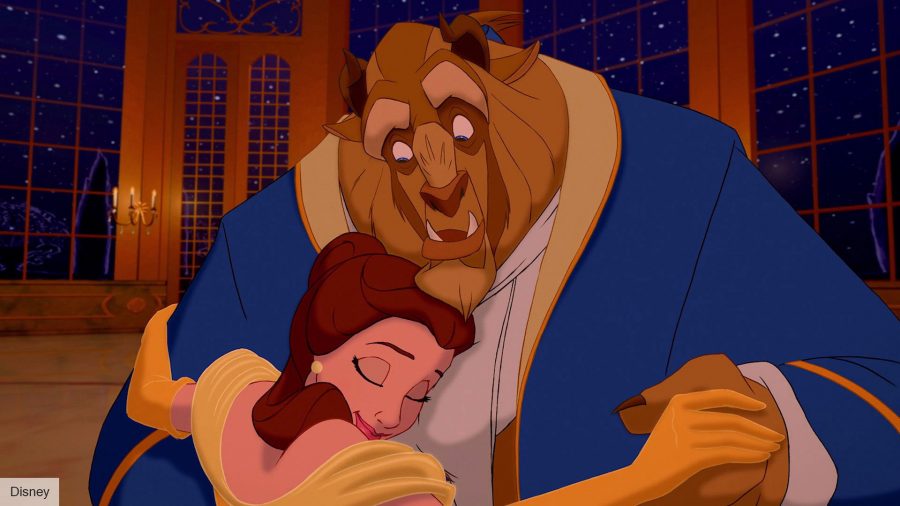 A love story so timeless that even the most vocal romance movie sceptics can’t deny its genius, Beauty and The Beast is a true standout from the acclaimed ‘90s Disney renaissance era. Telling the classic fairy tale of a cursed prince who must find love before a magical rose withers, it’s probably the best love story and musical to come out of Disney so far.

The expressive animation, amazing vocals, and bright colours are everything you’d want out of a princess film, and you’ll struggle to find another that ticks all the boxes as well as it does. If that wasn’t enough, Beauty and the Beast is also the first animated feature to be nominated for Best Picture at the Academy Awards, marking a monumental moment for animation as a genre. 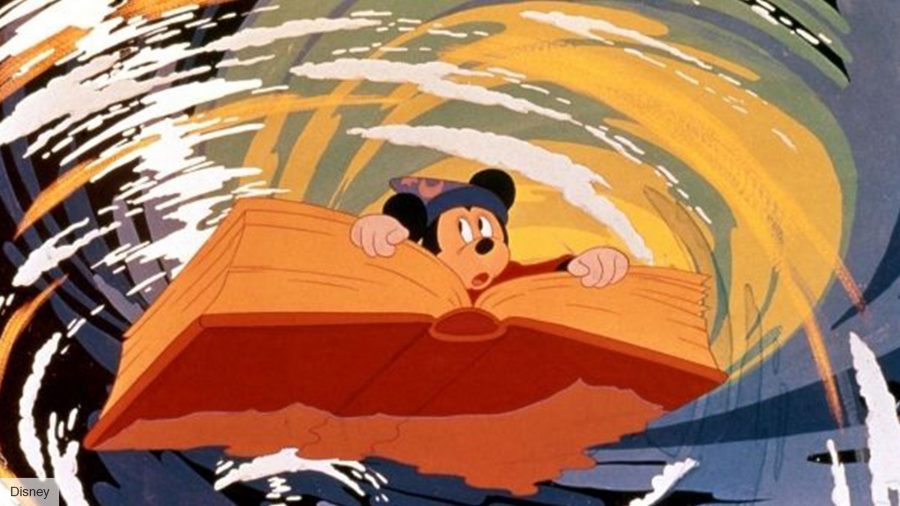 Here we have Disney’s most experimental movie and a film that was one of the first to target a mature audience. Fantasia is a film where Disney set out to prove the legitimacy of animation as an art form, and, despite an initial rocky release, it’s gone down in history as iconic.

Magically drawn scenes set to classical music was Walt Disney’s way to show us how certain pieces of music make us feel when we listen to them. It’s a powerful piece of cinema and a great showcase of animation that still holds up today. From a terrifying demon to Mickey Mouse as a sorcerer’s apprentice battling brooms, Fantasia is an important part of Disney’s history as well as a superb film in its own right. 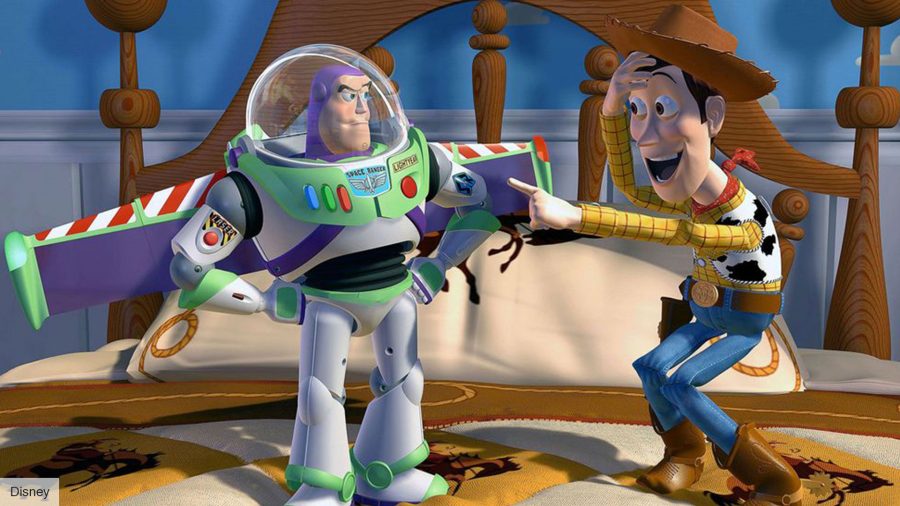 Toy Story is not only a timeless favourite for Disney and Pixar fans alike, but also the film that paved the way for modern 3D animation. It was the world’s first computer-animated feature and is still one of the best stories about friendship out there. The film focuses on a cowboy doll named Woody (Tom Hanks) who struggles with jealousy after his owner gets a new favourite toy, a spaceman named Buzz Lightyear (Tim Allen).

We get to see resentment, jealousy, and a story of personal growth experienced by charismatic toys that ooze personality. Although it can be argued that the later Toy Story movies look a lot better (animation-wise at least), the original shows the complexity of relationships in a way few films can replicate, making it a standout, and giving this film a firm place on our list. 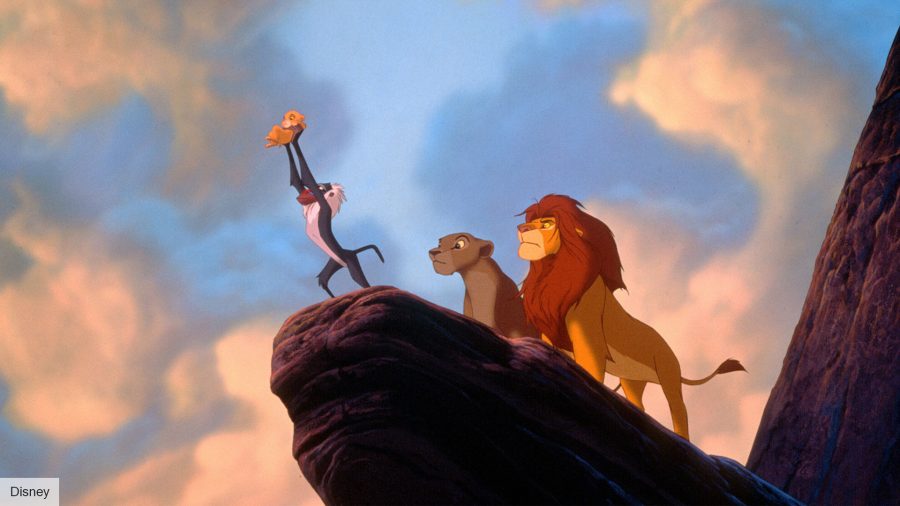 The Lion King is probably a film you’ll find in most people’s top Disney picks, and it’s easy to see why. It came right after the historic Beauty and the Beast Oscar nomination and, despite originally being a planned B movie, surprised everyone by becoming a global phenomenon.

Popcorn at the ready: Check out the best movies of all time

Based on Shakespeare’s play Hamlet, The Lion King tells the story of a young cub called Simba, going through tragedy and overcoming his past in order to return home and embrace responsibility. At first glance, it may just look like another talking animal film, but with its tense plot, beautifully drawn scenes of Africa, and some of the best Disney songs of all time, it’s earned pride of place on this list. 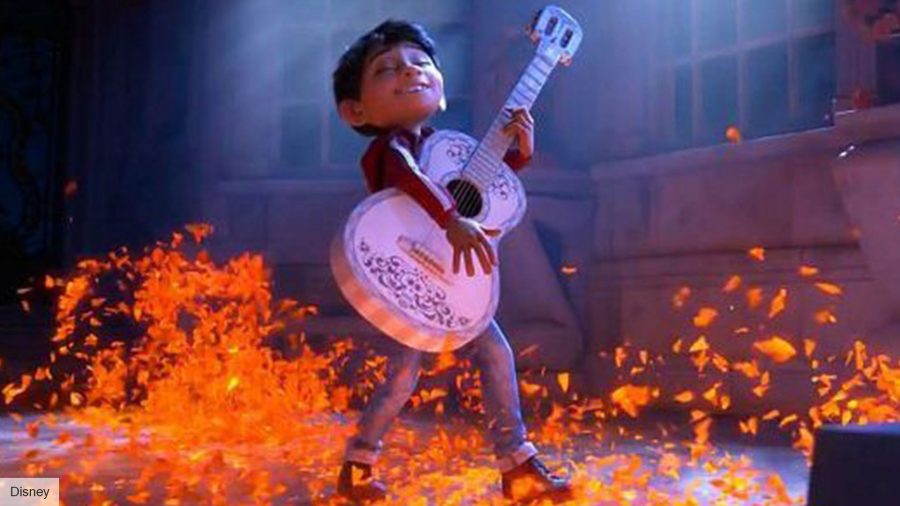 Coco is a beautiful sentimental journey about family, music, and following your dreams that will have you crying like a child. Telling the adventure of young Miguel (Anthony Gonzalez) as he travels to the land of the dead, Coco is a simple but effective story that feels relatable and otherworldly at the same time.

With its driving theme of family, which exposes the flaws and the compromises we all have to make, Coco stands as one of the most moving films on our list and is a solid choice for any family looking for their next movie night pick. 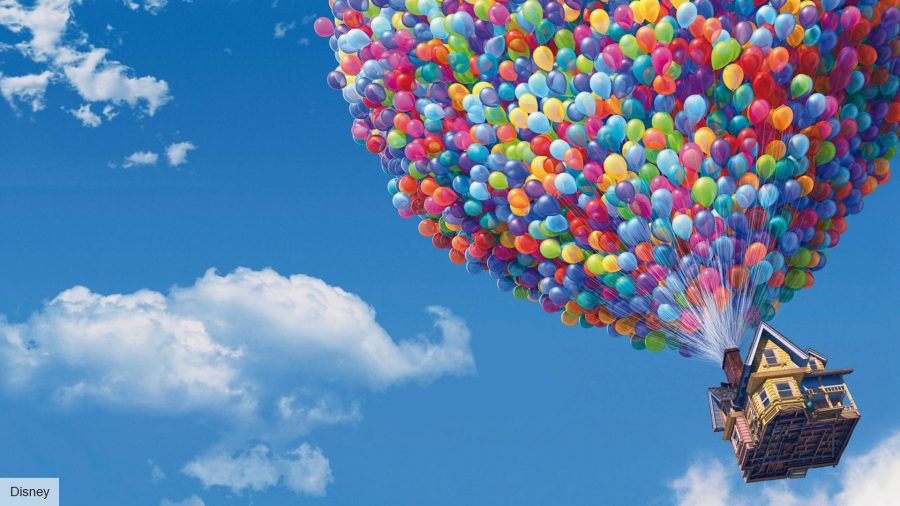 In the mood for a high-flying adventure or a heart-breaking emotional kicker? Well, the good news is Disney’s Pixar film Up is both. Up tells the story of Carl Fredricksen (Edward Asner) an elderly man who makes his home into a DIY aircraft so he can escape the city and live out the remainder of his days in South America (his deceased wife’s lifelong dream).

However, a stowaway boy scout, a rare exotic bird, and a talking dog disrupt his plans, forcing Carl to choose between the present and his past. Up is a prime example of Pixar and Disney at their finest; with a stellar cast, adrenaline-inducing and emotionally touching animated sequences, everything about this movie is perfect. 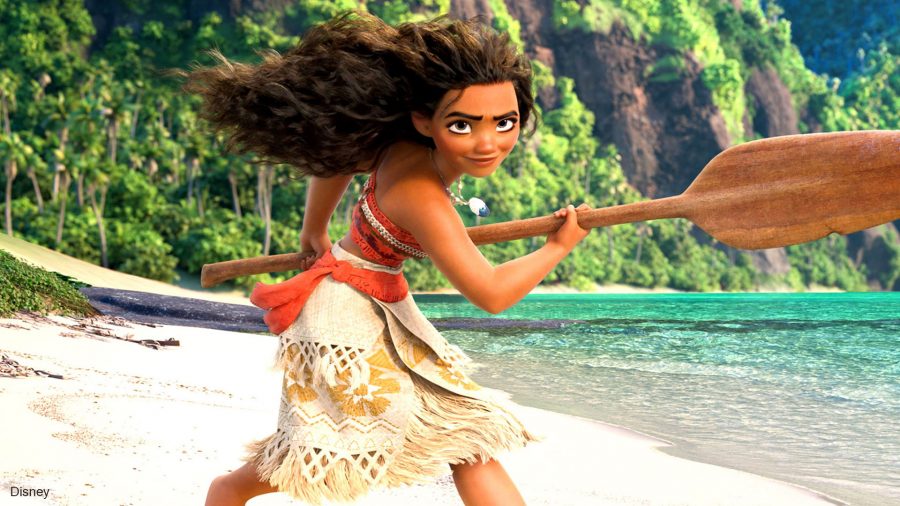 Disney Princess films are almost always dominated by romance, and apart from one or two recent exceptions, women’s heroic deeds are typically tied to a man. Well, with Moana, we finally get a film that focuses purely on a young woman’s adventure, with no true love kisses or princes in sight.

Instead we get an unforgettable journey that sees Moana (Auli’i Cravalho) team up with the demigod Maui (Dwayne Johnson) to save her village from destruction. The movie also has a stellar soundtrack by Lin-Manuel Miranda (creator of the acclaimed musicals In the Heights and Hamilton), some genuinely hilarious jokes , and breath-taking animation. 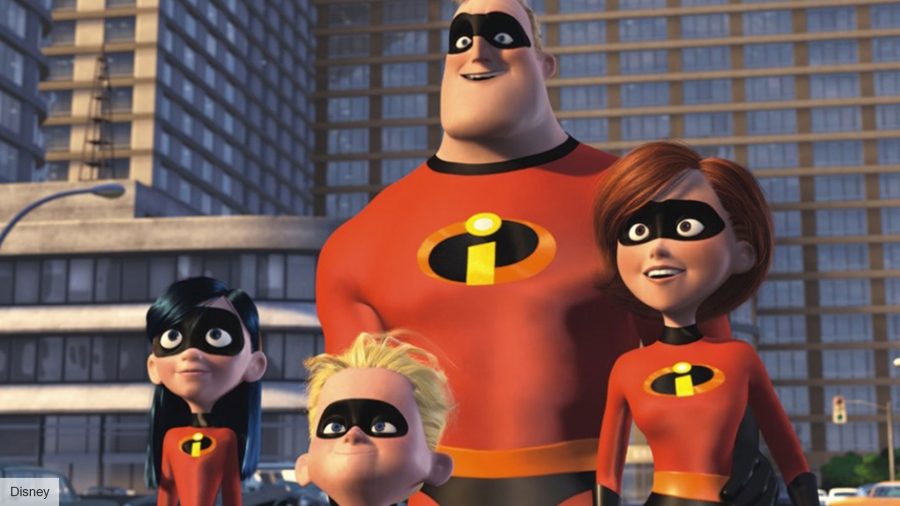 Initially released when superhero movies were just starting to make their comeback, The Incredibles still stands the test of time as one of the best animated action movies around. With its creative fighting sequences, a combination of spy and superhero movie tropes, and hilarious characters, there’s a lot to love in The Incredibles.

Even today, when Marvel and DC are giving us at least one superhero movie a year, The Incredibles stands out. The midlife crises, realistic family bonds, and memorable one-liners, make The Incredibles one of the best Pixar and Disney films that everyone (superhero fan or not) can enjoy. 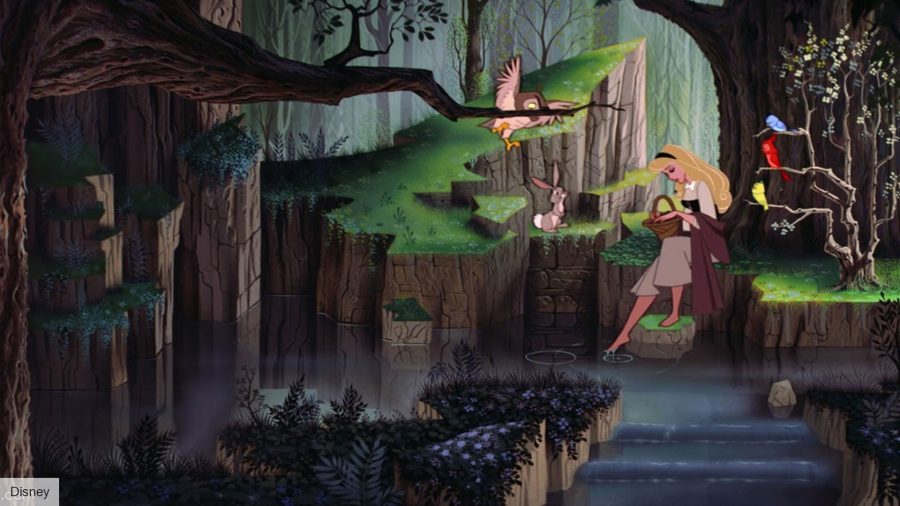 The high point of the Disney animated classics is Sleeping Beauty. Yes, it’s a bold statement, but let us explain why. Visually it’s stunning and one of the last movies Walt Disney worked on personally himself. It also gave us the iconic villain Maleficent, one of the sassiest princesses (who wasn’t completely obsessed with housework), and an epic heart-pounding score based on Tchaikovsky’s original ballet.

Finally, it’s also known as one of the best-animated fairy tales in general, thanks to its fantastic art style based on medieval tapestries that drags you into a European magical world. With every frame a dazzling piece of artwork in its own right, here is an animation that’ll sweep you away every time you watch it. 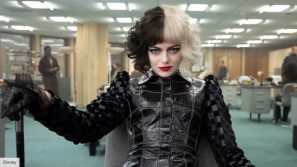 Cruella sequel already in the works