After the final whistle was blown on another excellent season of Ted Lasso, audiences were rocked by a bittersweet ending that left the Greyhounds going up to the Premier League, but some of its key players going down some very surprising paths. So here’s everything we know about Ted Lasso season 3’s release date.

Ending on a cliffhanger that left us as gobsmacked as that time Luke and Leia went off to find Han, fans around the world were left wondering what the future held for Ted and his loyal Diamond Dogs. Was this the beginning of the end for Keeley and Roy? What did the future hold for the now independent Trent Crimm? And was there any hope to pull Nasty Nathan back from the dark side – also known as West Ham?

All of these questions have been left wide open for the TV series next season, but the biggest one that needs answering is just when are we going to get it? Thankfully, here’s our post-match analysis and everything we know so far about Ted Lasso season 3.

Much like the team Ted leads, streaming service Apple TV Plus’s flagship show has felt like an underdog but it’s gone from strength to strength. This explains why a third season was greenlit for Ted Lasso before the second had even finished production.

Announced in October 2020, there’s no confirmation as yet when we can expect to get back on the pitch. But given that both prior seasons were released in August, a safe bet would be for Ted and the team to return to action the same time next year as well.

Speaking to Deadline, Bill Lawrence revealed that “we always try to be close to a year apart, so I would hope to see the show back in the August type area.” The only question is who’ll be in the line-up. 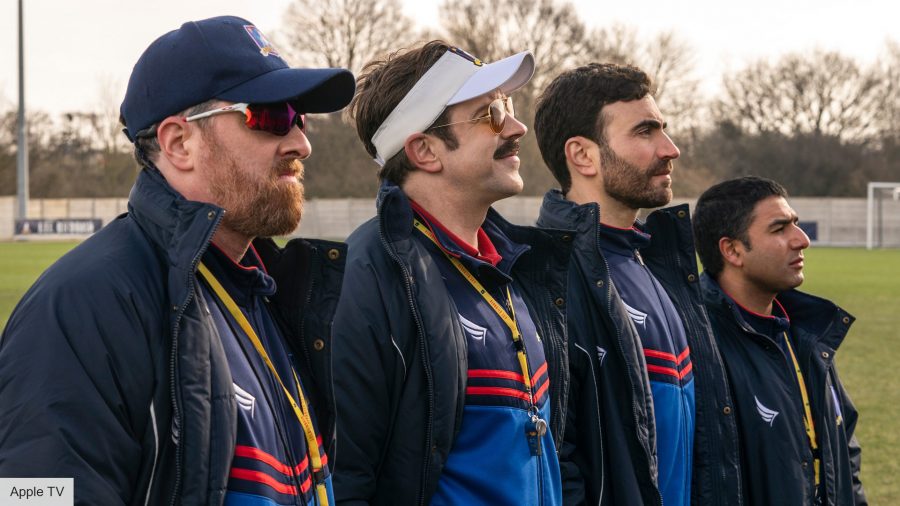 Given that production hasn’t even started for Season 3, details on the next game plan for Ted Lasso are currently a closely guarded secret and there’s no info about what’s in store. That said we can make a few educated guesses. Alliances have now been broken, with Nate heading off to coach West Ham under the management of Rupert Mannion, played by Anthony Head.

The move has undoubtedly set up Nick Mohammed’s jilted former ally to become a major antagonist to the Greyhounds in the future, but whether it could lead to his redemption is uncertain. What we do know is that there’s always been a specific game plan with Ted Lasso that the team wants to stick to.

If that’s a joke, I love it: Best comedy movies

Speaking to Deadline at the start of October, executive producer Bill Lawrence said that the plan was always to have the show span three seasons and (tap your BELIEVE sign if you’ve got one), ending on a high. “What’s tough to process for me as a writer, who is used to writing network comedy, is this was the end of the season, but the midway point of the show,” said Lawrence. “We said this series was only going to be three seasons.”

However, given an awards cabinet crammed with Emmys and incredible ratings for Apple TV Plus, Lawrence has not ruled out that Season 3 of Ted Lasso could go into extra time and potentially lead to a fourth. “I would probably stay clean and say that even if Ted Lasso goes on, the story the writing staff has been telling had a beginning, middle and end for the first three seasons,” Lawrence told Variety. “And then it might veer off from that.”

Brett Goldstein, who plays foul-tempered striker, turned pundit, turned coach, echoed Lawrence’s comments on a three-season narrative. He told Mr Porter, they’re working on the new season now, explaining it will wrap up the story they’ve been telling so far.

“We had a three-season arc planned. We are writing the end of that story,” he said. “Whether there’ll be more after that, we’ll see, I genuinely don’t know. But I do know that the story that we were telling over three years will be complete.” 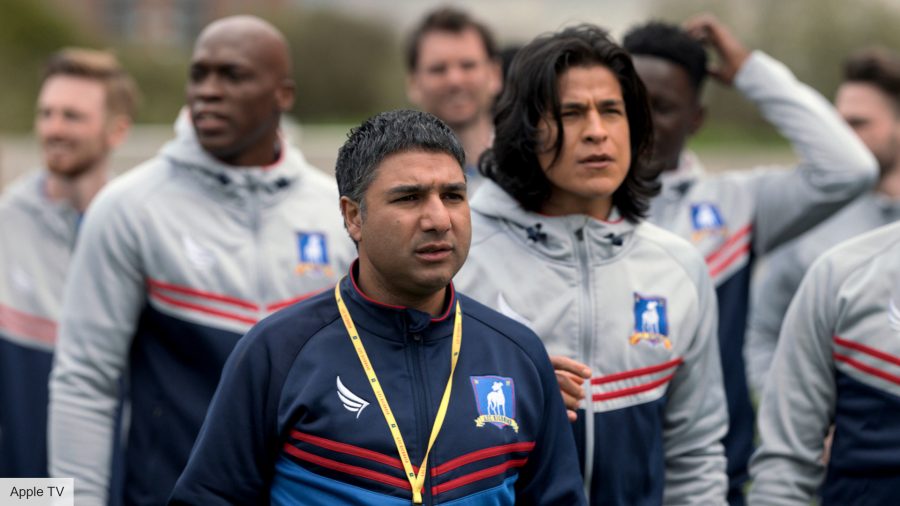 While we’d love to see a fresh first look at the third season of Ted Lasso, the cameras haven’t even started rolling at AC Richmond just yet. As confirmed by the man behind the Greyhound’s star player, Jamie Tartt, Phil Dunster told Variety that filming for Season 3 is scheduled for January 31.

As for what’s actually happening in it, he’s as much in the dark as we are. “Honestly, I’m not trying to be coy, but I don’t know anything,” said Dunster. “I think they like to keep it fresh. But also, Jason [Sudeikis] knows what the story arc is. He sprinkles ideas of what’s going to come here and there, but there’s nothing really specific. They’re in the writer’s room now, and we’ll see what happens.”

So while the game plan is still top secret, we can at least deduce from the past as to when we’ll get the first look. If we were to keep the previews for last season in consideration, it might be worth keeping an eye out for next April. The teaser trailer for Season 2 arrived around that time, so it makes sense that they’ll get the ball rolling in 2022 the same way, as well. 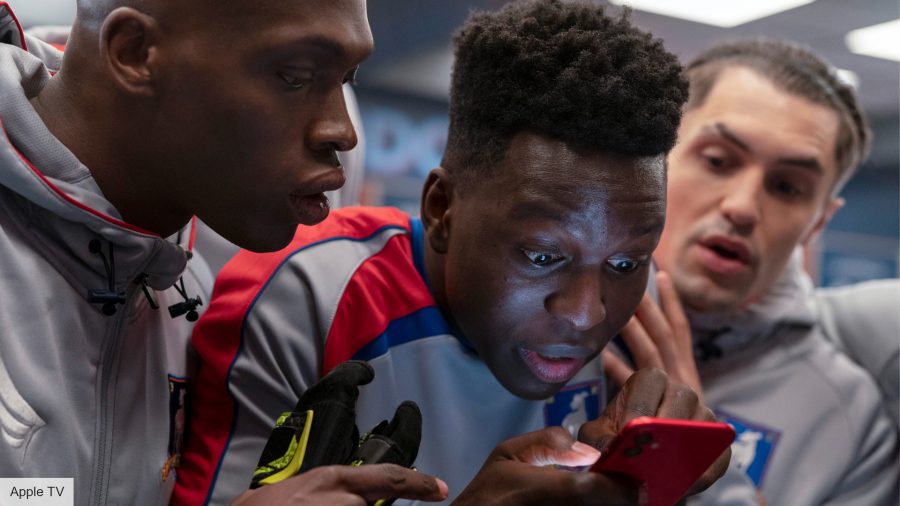 While Season 2 took the boot to our emotions with betrayals and potential break-ups littered among the laughs, those responsible look to be back for a third-round as well. Currently, there’s been no news of cast set to part ways with Apple’s Emmy-award-winning show, but we could be seeing some supporting stars get a little more screen time next season.

Keeley and Roy, sitting in a tree: Best romance movies

Following his source-spilling at The Independent, silver-maned journo Trent Crimm (James Lance) gave a fond farewell to the football manager he never really grasped, going off in search of ‘something different.’ The team’s on-site therapist, Dr Sharon Fieldstone (Sarah Niles), who may have been left at the pub, will be back for another round, as well, according to Bill Lawrence. The executive producer told Deadline, “both of them have significant roles next year.” 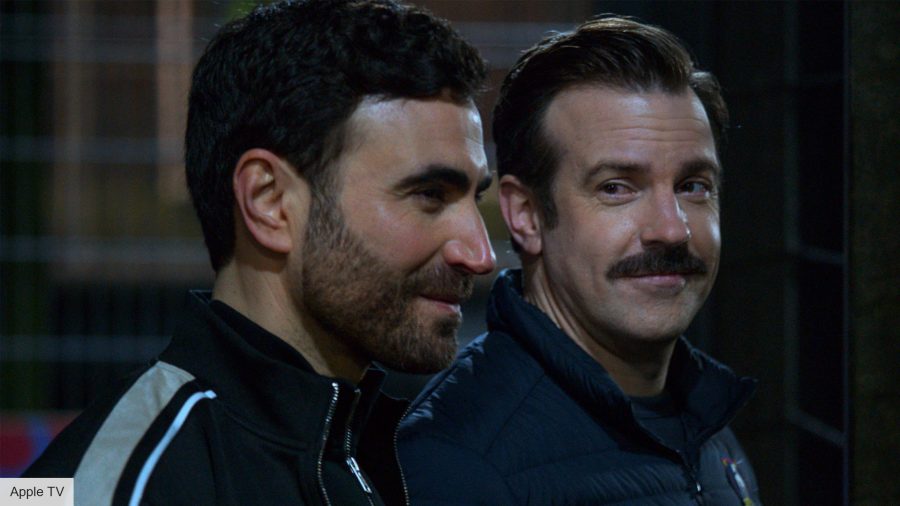 HOW MANY EPISODES WILL Ted Lasso SEASON 3 HAVE?

While story beats are unknown, and cast calls have yet to be made, the tried and tested formula of ten episodes for Season 3 is a certainty.

Since the beginning (except for Season 1 arriving with a batch of three episodes for Apple TV Plus’s debut), a week-by-week basis has been the given dosage of Ted Lasso’s positivity sprinkled with hard tests and big laughs. Expect the same for the potential hat-trick finish here, as well. 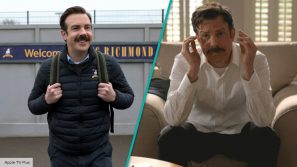