Keen-eyed fans think they’ve spotted Spider-Man in the No Way Home trailer. “What’s so strange about that, it’s his movie?” You might be asking. Well, here’s the problem: it’s not the Marvel Cinematic Universe’s Spider-Man.

We won’t lie the shot of Spider-Man they’re talking about doesn’t really look like Holland’s Spidey suit. We’ve seen that Peter will be wearing his new red, black, and gold suit during the final act. The Spidey in the teaser, though, looks to be wearing the more traditional red and blue suit. The eyes on the mask also don’t look right. They’re more prominent and angular. That said, we’re not convinced it’s Garfield; we think it looks more like Maguire’s suit. Again, though, it could just be a rendering error or a trick of the eye.

Make your own mind up about which Spdier-Man this is here: 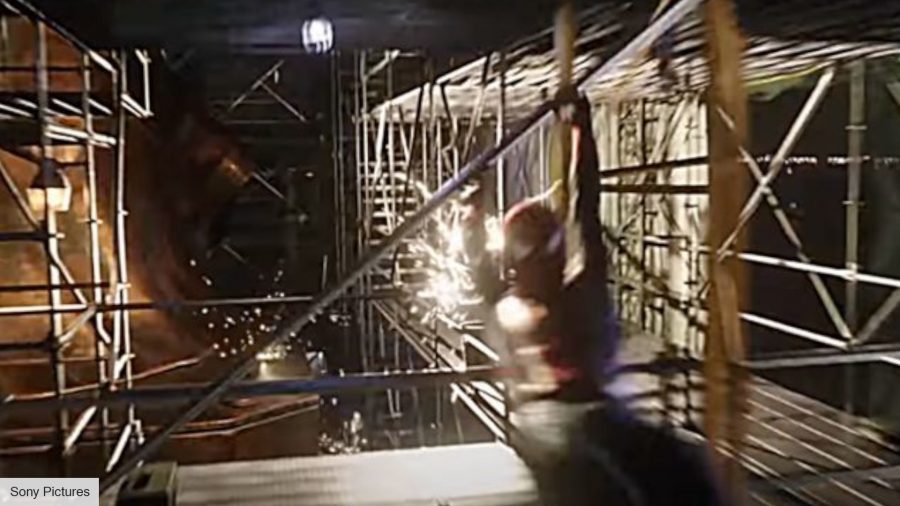 This isn’t the only alleged editing error in the upcoming science fiction movie’s teaser. Some fans spotted in a Brazilian teaser, The Lizard being punched by an invisible force. Now it could be nothing, but the shot in question does seem strangely framed, and it’s not clear who Electro or The Lizard are attacking in that scene.

Spider-Man: No Way Home is part of Marvel’s Phase 4 and swings into cinemas on December 15. If you want to know what happens next in the Marvel Cinematic Universe, check out our guide on Doctor Strange 2.