What is happening in Phase 4 of the MCU? Now that Avengers: Endgame is truly a thing of the past, the Marvel Cinematic Universe has started putting the pieces together for what’s next. Earth’s mightiest heroes are scattered, and now we have Disney Plus miniseries to follow in addition to the regular movies.

Between WandaVision, The Falcon and the Winter Soldier, and Loki, the next phase is looking very interesting indeed. There’s a new Captain America, the multiverse is now spiralling out of control, and a team of not-so-good Avengers appears to be in the works, starting with John ‘US Agent’ Walker.

Black Widow, Shang-Chi, and Eternals have brought the franchise back to the big screen, and in the Black Widow post-credits scene, it was revealed that the same person who recruited John is looking to get at Hawkeye. The end of 2021 is exciting for the franchise, with the Hawkeye Disney Plus series, and in December, Spider-Man: No Way Home. It’s a lot, but don’t worry, because we have everything you need to know about your favourite heroes and villains.

What movies and TV shows are in Marvel Phase 4?

We’re now well into the fourth phase of the universe. The MCU’s latest phase began with WandaVision, moving into The Falcon and the Winter Soldier, and then Loki. Black Widow took us back in time, before bringing us into the present day with new hero Yelena, and Shang-Chi has started looking into the Asian side of Marvel’s history.

Eternals arrived to theatres November, then Hawkeye starts on Disney Plus in November, with Spider-Man: No Way Home in December. Then we move into next year for Doctor Strange and the Multiverse of Madness, Thor: Love and Thunder, Black Panther: Wakanda Forever, and The Marvels. Over on Disney Plus, we’ll have Ms Marvel, Moon Knight, She-Hulk, and Secret Invasion throughout the year.

In 2023, we’ll get Ant-Man and the Wasp: Quantumania and Guardians of the Galaxy Vol 3. Blade and Fantastic Four are expected, but have no confirmed release dates. Ironheart, I Am Groot, and Armor Wars are also awaiting proper release windows.

Marvel has two 2023 cinematic release dates, and four dates in 2024, that it has still to fill. Expect some already announced projects to fill those gaps, and maybe something unexpected, two. 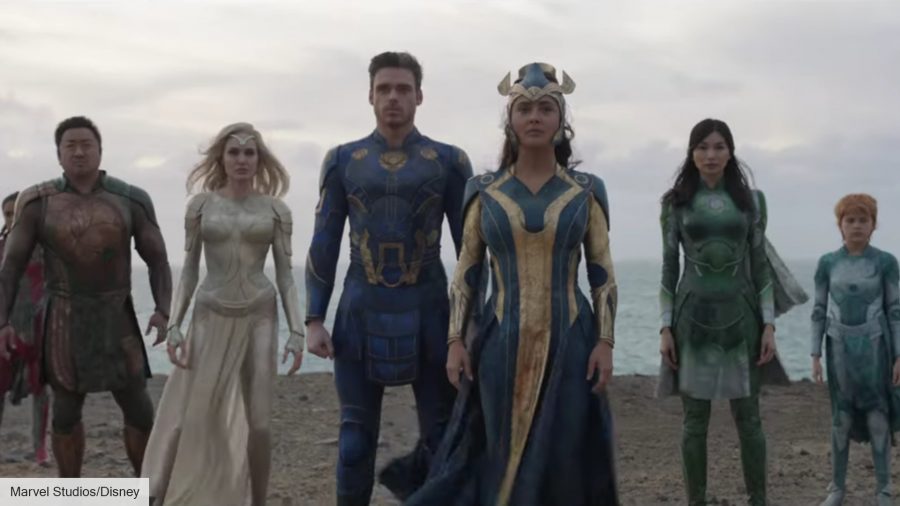 We would be here all day listing everyone involved in the current Marvel movies, but needless to say, many of your old favourites are still knocking about, and with more than a few new additions. As mentioned, Florence Pugh is Yelena, the new Black Widow, and we have Hailee Steinfeld playing Kate Bishop in Hawkeye.

Iman Vellani is portraying Kamala ‘Ms Marvel’ Khan, Tatiana Maslany is tackling She-Hulk in that series, and Oscar Isaac will be playing Moon Knight. The Eternals welcomes an ensemble, led by Angelina Jolie, to the universe, and Shang-Chi heralds Simu Liu’s intro to the franchise as the titular hero, facing Tony Leung’s The Mandarin.

The last episode of Loki season one gave us Kang the Conqueror, as played by Jonathan Majors, and Jameela Jamil will be the rival of Jennifer Walters, Titania, in She-Hulk. Mahershala Ali is confirmed to be playing Blade, and we’ve nothing just yet on Fantastic Four.

What’s next in Marvel Phase 4?

The next instalment in the MCU is Hawkeye on Disney Plus, with Jeremy Renner returning to play Clint ‘Hawkeye’ Barton. Joining him is Hailee Steinfeld’s Kate Bishop, a wannabe Avenger who finds out the hard way that vigilante justice isn’t as easy as it looks.

That’s all there is to know Phase 4 of the Marvel Cinematic Universe. Carrying over from the Loki ending, Marvel continues to get more cosmic. Now that we’re getting regular shows and films, anything could happen.