Spider-Man: No Way Home has got a brand new trailer. While it didn’t reveal if Andrew Garfield or Tobey Maguire are returning for another spin, it did pack in plenty of revelations. Five Spidey villains from previous adaptations of the Wallcrawler have somehow made their way to the Marvel Cinematic Universe.

The broad strokes of the trailer are that Doc Ock, Green Goblin, Electro, Sandman and The Lizard are all confirmed to appear. We also know that it was Peter’s interfering with Dr Strange’s spell that led to the villains ending up in the MCU. Now that the bad guys are here, though, they’re reluctant to return to their home dimensions as they all seem to remember dying at the hands of their realities Spider-Man. S their general reluctance to return is understandable.

Let’s be honest though, there was a lot packed into the trailer, so it was easy to miss a few key details. Luckily we here at The Digital Fix have been trained in the mystic arts of spotting Easter Eggs, and we’ve been through the new trailer with a forensic eye to spot all the things you may have missed.

The return of the Green Goblin

The Green Goblin is back! Sure we basically knew he was coming since the first trailer when we saw that pumpkin bomb, but it’s nice to see Raimi’s Goblin on the big screen once again. Even better, he has a new look.

While some people think that Harry Osborn will also be making an appearance, we believe the hooded figure riding on a glider is Willem Dafoe’s Goblin after having an MCU makeover that’ll bring him closer in design to his comic book counterpart. Purple is rather fetching… 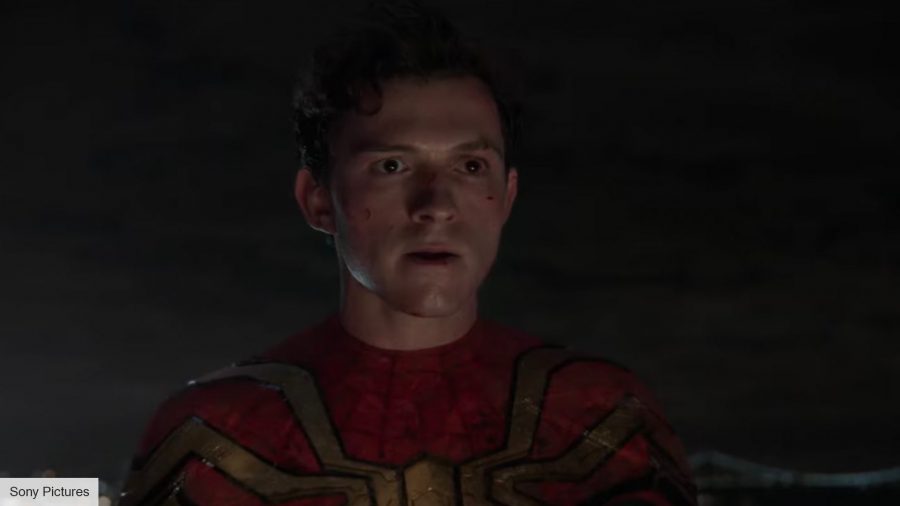 The trailer also gives us a clue as to why it’s called No Way Home. While there was speculation the film would end with Peter trapped in Sony’s Marvel Universe, unable to return home to the MCU, it seems there’s another explanation.

It appears, though, that it’s the villains who can’t go home. Not because they’re stuck, it’s more that they don’t want to go back to their native realities as doing so would doom them to being defeated by their version of the Wallcrawler. 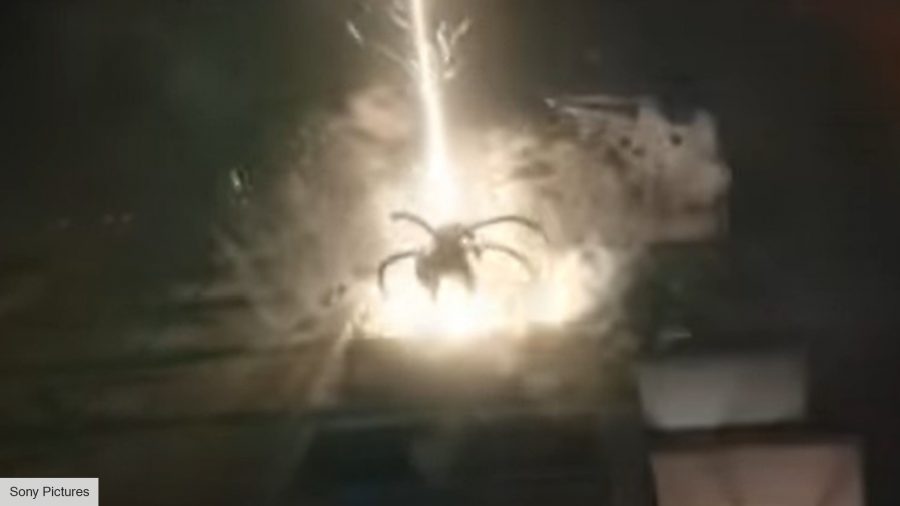 We all know that Alfred Molina is back as the sinister scientist Doctor Octopus and we knew he’d be getting a deadly upgrade. In the teaser, we see his tentacles get a new red and gold colour scheme during the film. It seems likely that he’s using the nanobots that makeup Peter’s new suit to do so.

What we didn’t expect, though, was to see Otto get blasted by lightning, but that’s precisely what seems to happen. During a quick snippet, we see Otto falling from the top of a building with lightning rippling out. Could Otto, like in the Raimi-verse, have had a change of heart and tried to help Peter? 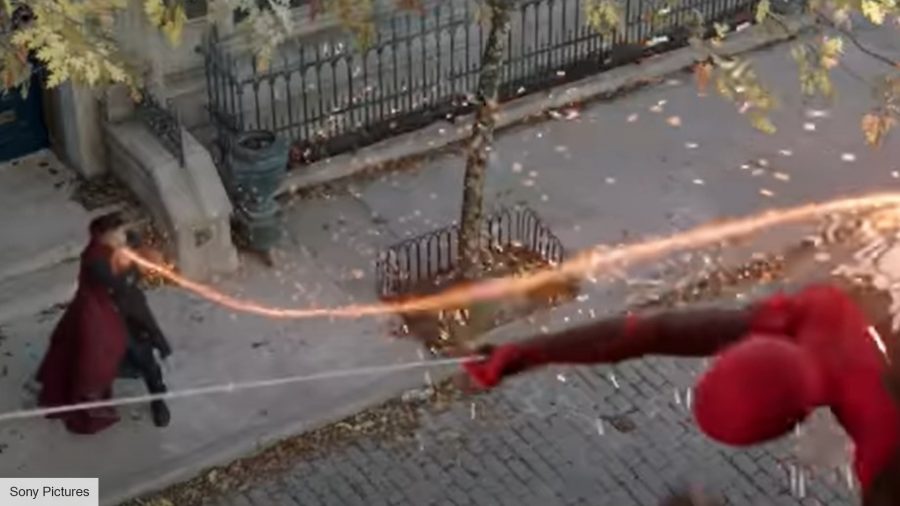 No Way Home looks like it will continue the grand old superhero movie tradition of having heroes fight. This time it’ll be the ‘master of the mystic arts,’ Doctor Strange taking Peter to task after he attempts to stop the Sorceror Supreme from sending the villains back to their home dimensions. 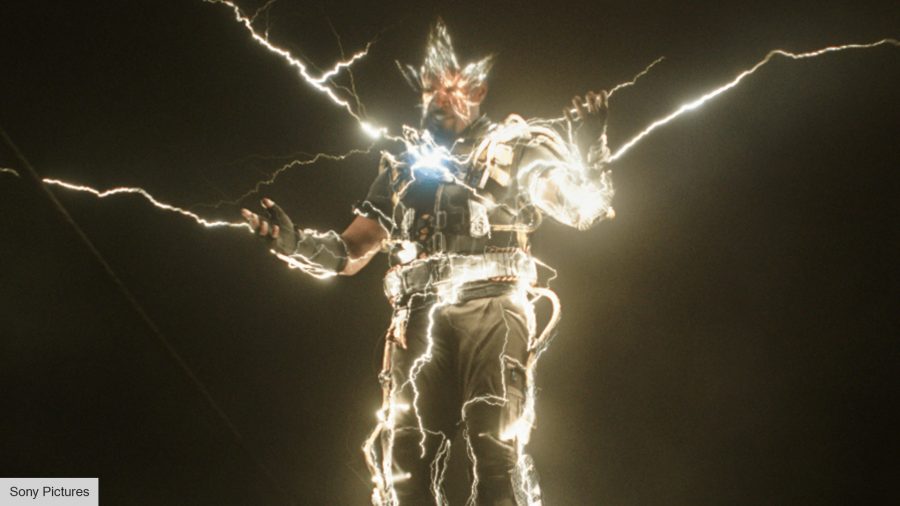 In The Amazing Spider-Man 2, Electro was blue, emotionally and physically! This time, though, Spidey’s electrical enemy will sport a brand new look. The blue skin and black suit are gone. Instead, he’s wearing what appears to be street clothes and a device for channelling his powers.

His lightning’s changed colour as well, going from electric blue to a bright yellow. Perhaps the most exciting thing is that when he channels his incredible powers, lightning bolts appear over his face in a shape similar to the mask he wore in his early comic appearances. 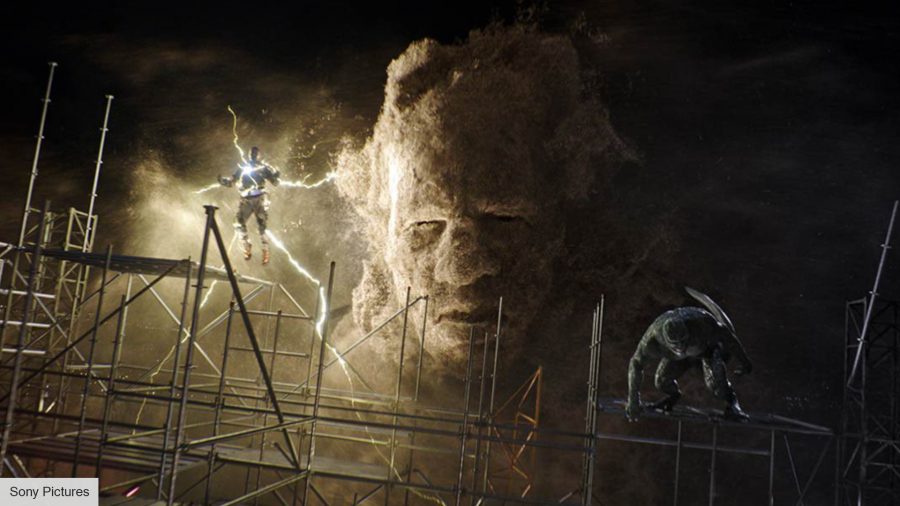 The new trailer confirmed something we already knew. The menacing figure who leapt at Peter in the first trailer was The Lizard. There had been some speculation that it might be Venom, but that theory is officially deader than Uncle Ben.

We’re not quite sure how Curt Conners ended up in this particular rogue’s gallery. The last time we saw him – at the end of Amazing Spider-Man – he wasn’t dead, he was just in jail. From the look of the trailer, the villains don’t want to go back to their dimensions because they know they’ll die if they do. So why is The Lizard bothered?

Playing Devil’s advocate, we suppose when Andrew Garfield’s Spider-Man gave him the antidote, The Lizard side of Connor’s did kind of die, so maybe it’s that? 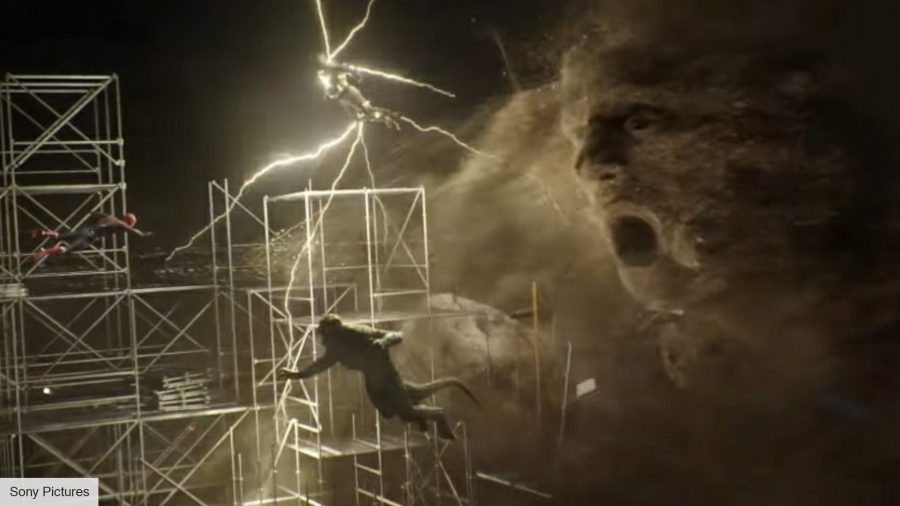 Speaking of The Lizard, at least one trailer, supposedly from Brazil, shows him getting hit by a seemingly invisible enemy. Now we know the Fantastic Four are part of the plan for the MCU eventually, but we doubt this is Sue Strom, aka, The Invisible Woman.

What are the chances that this is actually an editing accident and The Lizard is in fact being hit by another superhero? Maybe one with spider powers? 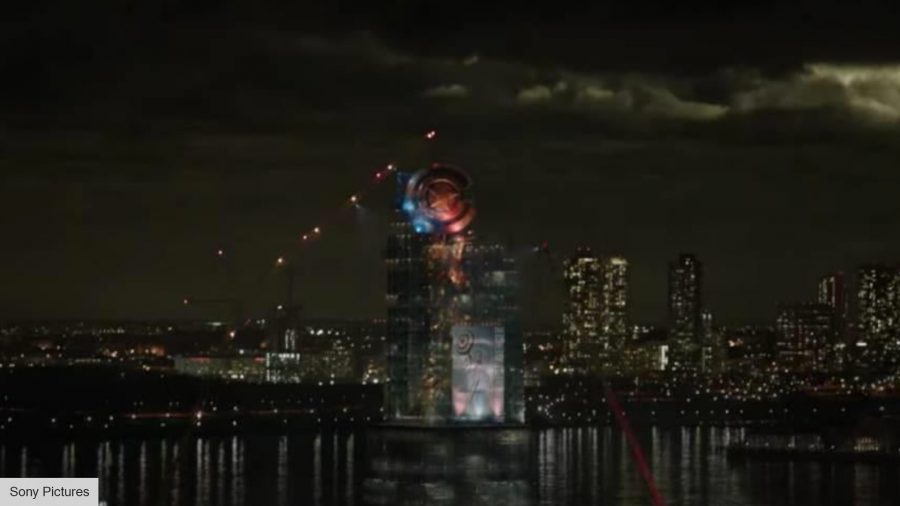 It seems in the wake of Steve Roger’s sacrifice (we know he’s not confirmed dead, yet) the City of New York has paid tribute to their seemingly fallen hero.

They’ve added a huge Captain America shield to the Statue of Liberty in his honour. It’d be a real shame if a gang of villains came along and ruined it… 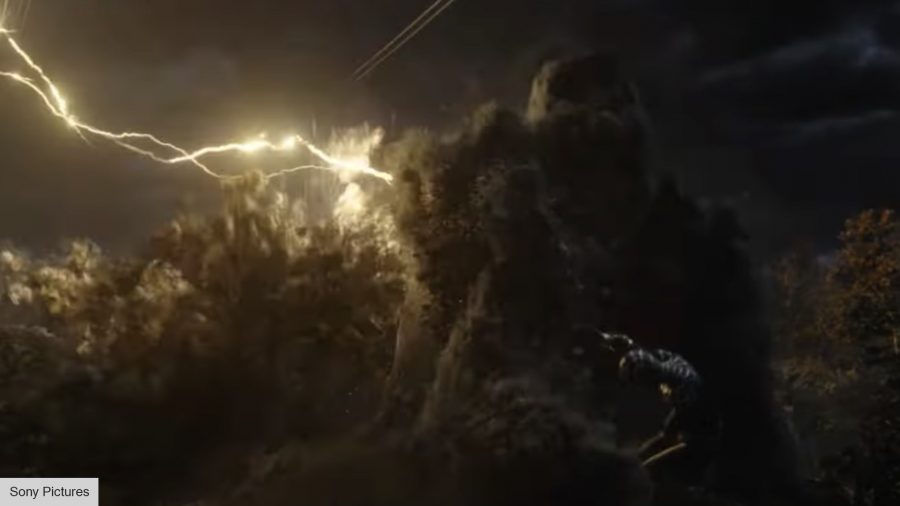 Another strange inclusion in the new teaser confirms that Flint Marko, aka Sandman, is back. Like The Lizard, he left Spider-Man on relatively good terms, so we’re not sure why he’s thrown his lot in with the ‘Sinister not quite Six’.

Perhaps the trip across the multiverse has muddled his brains, or maybe he remembers the last time he fought a Spider-Man wearing a black suit. 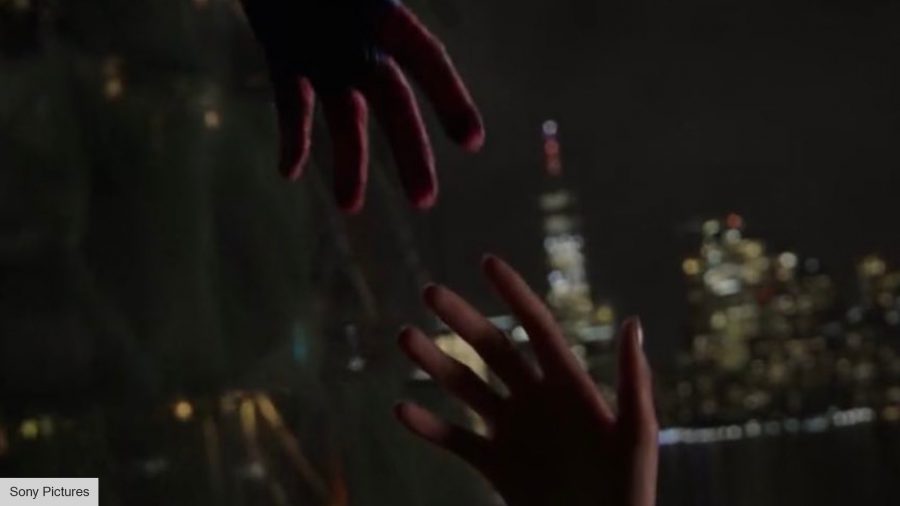 Villains aren’t the only thing returning to the Spider-Man franchise. Director Jon Watts is also bringing back the grand old tradition of having Spidey’s love interest fall off something tall.

This time it’s Zendaya’s time to take the plunge in a shot that seems to be framed very similarly to Gwen Stacy’s accident in Amazing Spider-Man 2. Let’s hope Peter (whichever one it ends up being) manages to catch her this time

Spider-Man: No Way Home is part of Marvel’s Phase 4 and hits theatres on December 15.