This was revealed in quite an odd place – a Kodak ad, celebrating cinematography. Among a list of directors of photography, each named with their last production, van Hoytema appears, and beside his name is Peele’s mysterious film. He’s in esteemed company, with Robert D Yeoman of The French Dispatch, John Schwartzman of Jurassic World 3, and David Raedeker of The Souvenir Part 2 – it’s a real who’s who of skilled, versatile cinematographers.

The quiet public acknowledgment is the most substantial update we’ve had on Nope in some time, since the Peele’s announcement, really. In July, he tweeted out the poster, which holds an altogether distrustful cloud looming over some quiet valley township. We got the cast – Daniel Kaluuya, Keke Palmer, and Steven Yuen – and a release date, July 22, 2022. And it’s been silence ever since.

In typical Peele fashion, he’s surrounded himself with some of the best in the film industry. Beyond his work with Nolan, von Hoytema has shot drama movie Tinker, Tailor, Soldier, Spy, romance movie Her, and several other of the most critically acclaimed films of the last 20 years.

He’s working on Nolan’s next one, too – the biopic Oppenheimer, about J Robert Oppenheimer, the ‘father of the atomic bomb’, with Cillian Murphy in the lead role, and Matt Damon, Robert Downey Jr, and Emily Blunt in the supporting cast. Oppenheimer arrives July 21, 2023.

So, von Hoytema has a busy couple of years ahead of him! You can check out the best horror movies of 2021 while we wait to see what Peele has in store for us. 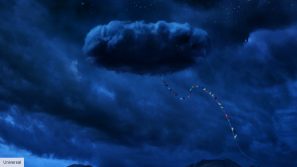 Jordan Peele’s new movie is Nope, coming July 2022
Get involved Continue the conversation over on The Digital Fix Forum