What are 2021’s best horror movies? Between theatrical releases and streaming services like Shudder, it’s been another strong year for ghoulish offerings. Curious anthologies, body horror, and the Muppets have made for a wide range of scares throughout the year.

Being firm devotees of everything ooky and spooky, we’ve gathered all the highlights of the past year thus far, so you can stay on top of the must-see horror movies. Maybe you’d like something big-budget and cinematic? How about a family movie? Or something psychological and chilling? There’s always plenty to see if you know where to look, and we’re more than happy to lend a guiding hand.

These are the best of the best in horror from 2021, from filmmakers that span the globe, with a wide range of expertise. One presiding theme is that many of the writers and directors are still early in their career, suggesting there’s plenty more to go bump in the night in years to come. For now, though, you can get in on the hype early. Grab some popcorn, switch the light off, and pay no mind to that weird sound coming from just outside the door.

What are the best horror movies of 2021? 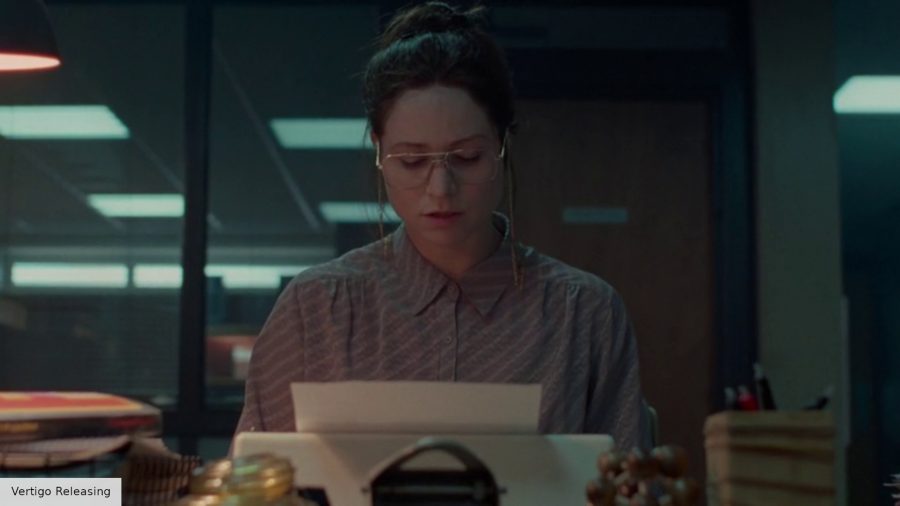 As a tribute to the Video Nasties, Prano Bailey-Bond’s contemporary nasty would almost certainly be dinged for some extensive cuts by the British Board of Film Classification of the mid-’80s. Among the officials tasked with watching every B-movie and gorefest that darkens the smoky basement office, Niamh Algar’s Enid Baines is the most unforgiving, ruthlessly demanding every millisecond of needless violence is cut.

She wants to protect the general public, but when one particular VHS seems to contain her long lost sister, Enid’s own delusions start to take control. Turning one of horror’s most controversial periods on its head, Bailey-Bond posits that real terror has less to do with fake blood and comically shot murder, and more with those who’d sooner ban it all based on personal vendettas. 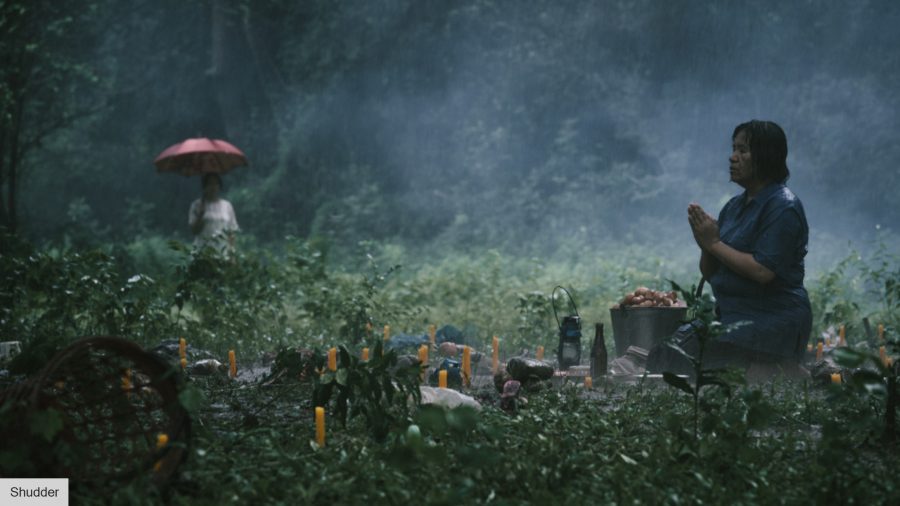 Found footage and exorcism films are dime-a-dozen, but Banjong Pisanthanakun’s mockumentary sets itself apart through its Thai village setting, and distinctly non-Christian subject matter. When Mink, the niece of local medium Nim, starts acting strangely, it becomes apparent dark forces are at play. They include Bayan, the spirit dwelling within Nim, opening old family wounds on religious belief.

Reliance on the awkwardness of Mink’s erratic behaviour carries the film, as well as minimal special effects which grant an innocence to the cinematography. Gradually it builds towards something quite spectacular and dark indeed, forcing us to bear witness. Na Hong-jin, director of 2016 masterpiece The Wailing, produces, for added credibility. 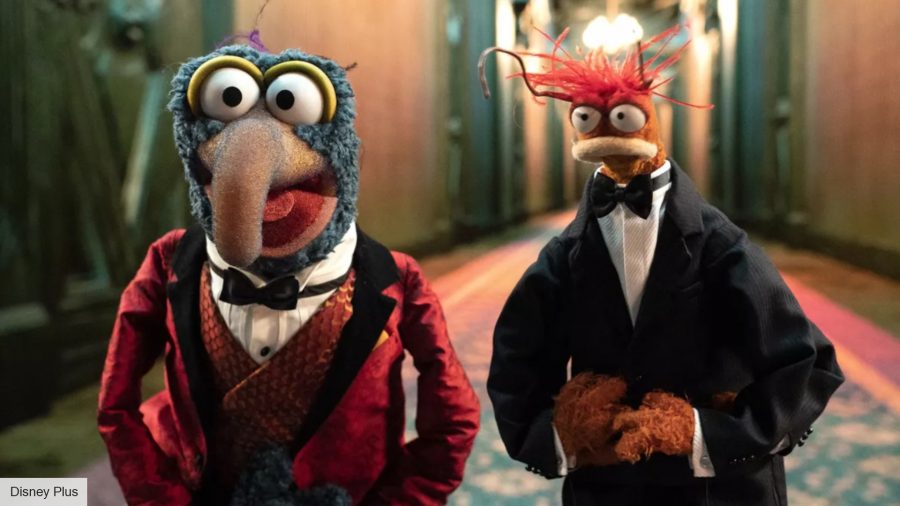 For almost 30 years, there have been plans for The Muppets to get spooky with a Halloween special, and now it’s finally happened. Ever the daredevil, Gonzo the Great accepts an invitation to spend one night in a mansion allegedly full of ghosts. Pepe the Prawn gives him company, and they find that their stay could become eternal.

The songs aren’t on par with ‘Man or Muppet’ or ‘Something Better’, nor are the jokes and performances quite as charming as the Great Muppet Caper or The Muppet Christmas Carol, but mid-tier Muppets is still better than most. And at under an hour, Fozzie, Kermit, and the gang offer a grand all-ages treat. 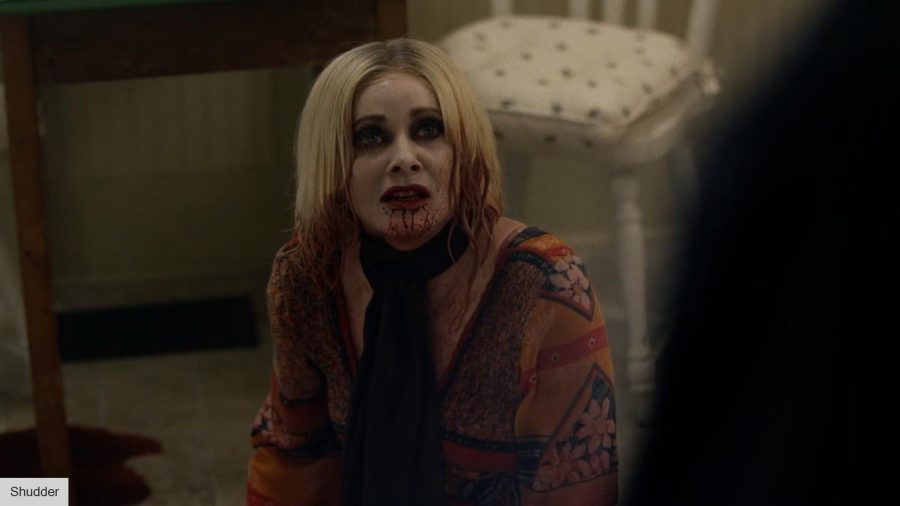 Barbara Crampton’s involvement is reason enough for inclusion here, and her presence only elevates Jakob’s Wife’s competency. A vampire film about middle-age and womanhood that gives the scream queen a leading role, it’s a modern classic.

Feeling the doldrums of her small town, Anne Fodder yearns for something greater, a desire The Master is only too happy to satiate. Soon after their first encounter, Anne starts quite literally painting the town red. Travis Stevens’ direction holds the mood, and the transformative effects will go down in daywalker infamy. 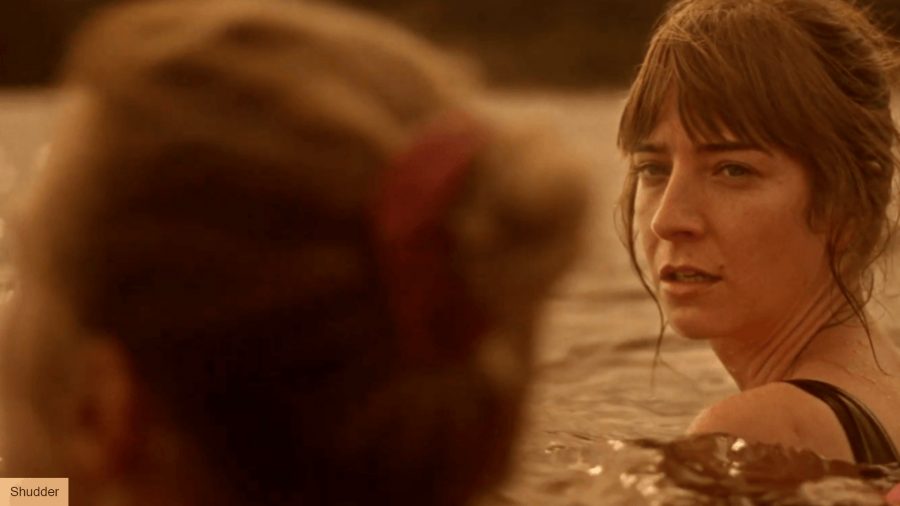 Rape-revenge is not easy to pull off without feeling exploitative or needlessly edgy. Madeleine Sims-Fewer and Dusty Mancinelli’s psychological drama has the kind of knotted rage and despondency that justifies the archetype.

On top of co-directing, co-writing, and co-producing, Sims-Fewer leads, with plotting that quickly tangles up your stomach and sits on it. To describe it more fully would be to dull its effect, just be warned: this is touching on such a raw nerve as to be harrowing. 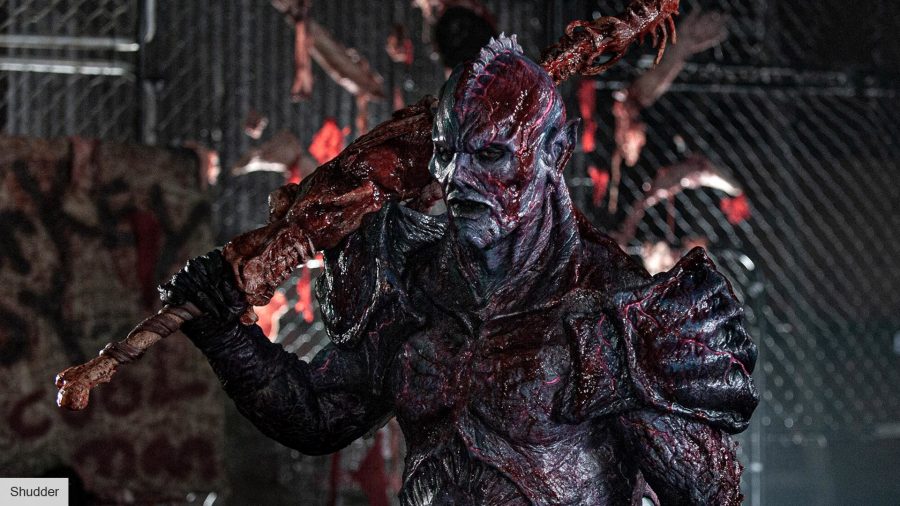 Instead of tired sequels to dried up IP, we should get our nostalgia kicks from films that capture the tone and zest of something while still feeling new and modern. Psycho Goreman is a testament to the era of The Last Starfighter and E.T., about two young kids, Mimi (Nita-Josee Hanna) and Luke (Owen Myre), who discover a space warrior has landed in their backyard.

In for a scare: The scariest movies for kids

Don’t be fooled by the youthful leads, the humour and quiet nihilism makes this very much one for the adults. Our newly Earthbound Psycho has to face bounty hunters sent to capture him, and the resulting mayhem is full of joyful splatter. One child is transformed into an oversized brain with massive googly eyes and tentacles for arms. Astron-6, responsible for 2011’s Manborg and 2018’s Leprechaun Returns, adds another crass, extremely rewatchable entry to its canon.

The Queen of Black Magic 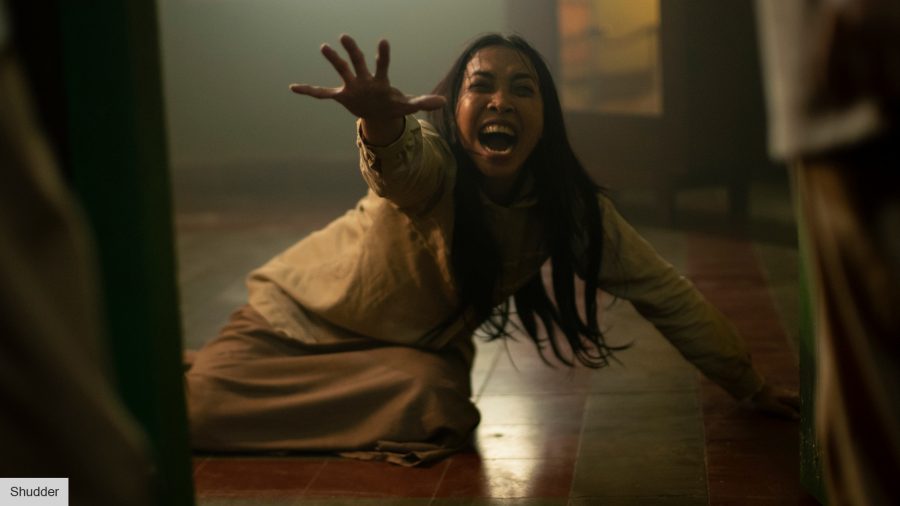 Joko Anwar, writer and director of 2017 ghost movie highlight Satan’s Slaves, pens the script for Kimo Stamboel’s terrifying haunted orphanage chill-fest. Three friends bring their families back to the children’s home they grew up in to pay their respects to an old master. Their memories don’t quite include what’s waiting for them when they arrive.

A frequent collaborator of action movie director Timo Tjahjanto, Stamboel exhibits a healthy rigour for knowing when to move, and when to leave us sitting in the corner, helpless. The camera is often sturdy in the face of terror, goading us to stay and watch. Some things are best met head on. 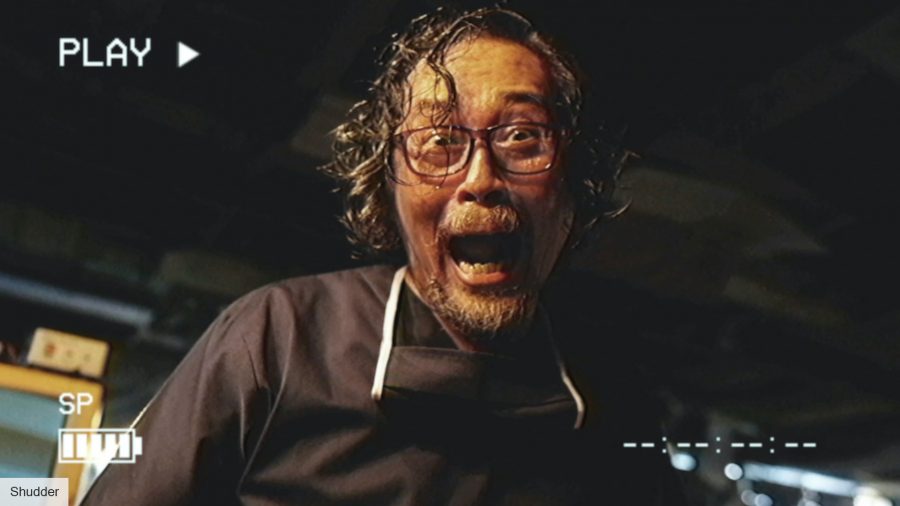 Speaking of Tjahjanto, he contributed to the latest instalment in the V/H/S anthology films. In what just might be the pinnacle of the series so far, an investigation into a suicidal cult presents several more chilling pieces of found footage. Body horror is particularly prevalent this time around, with animalistic mutations, macabre surgical experiments, and a couple of zombies for good measure.

You’re Next and The Guest writer Simon Barrett worked on one of the segments, and David Bruckner, who’s working on the upcoming Hellraiser reboot, wrote the overarching story. The new age of horror, in all its wretched glory. 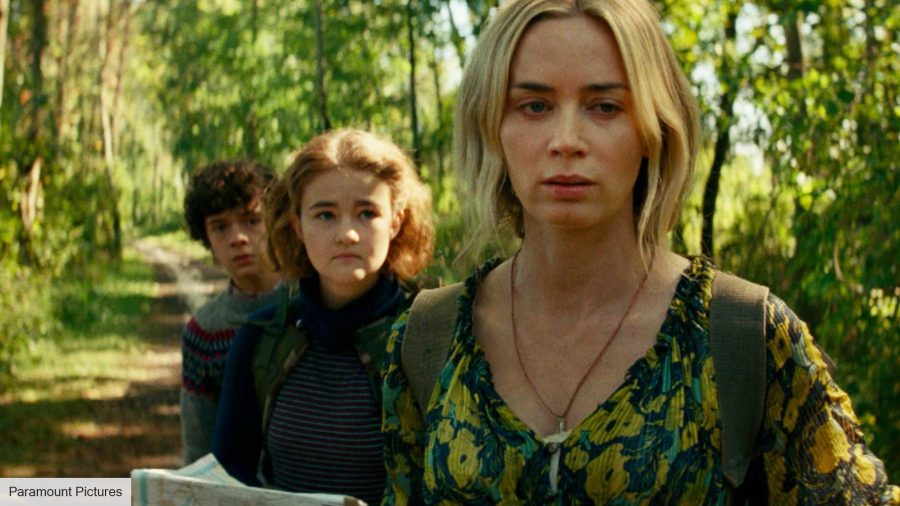 John Krasinski follows his breakout 2018 hit with a sequel that’s slightly sillier than its predecessor, but makes up for it with Cillian Murphy in fine form as a traumatised survivor who’ll sacrifice others at a moment’s notice. Evelyn (Emily Blunt), Regan (Millicent Simmonds), and Marcus (Noah Jupe) have become nomadic since the first film, and are quickly finding out other humans aren’t quite as homely as they are.

Tribalism has set in, and certain areas are more dangerous for the people than the aliens. Krasinski’s pace and editing are still sharp, and the man knows how to set a mood. Winds up feeling like The Road as a B-movie, and at a trim 90 minutes, knows exactly when to make its leave. 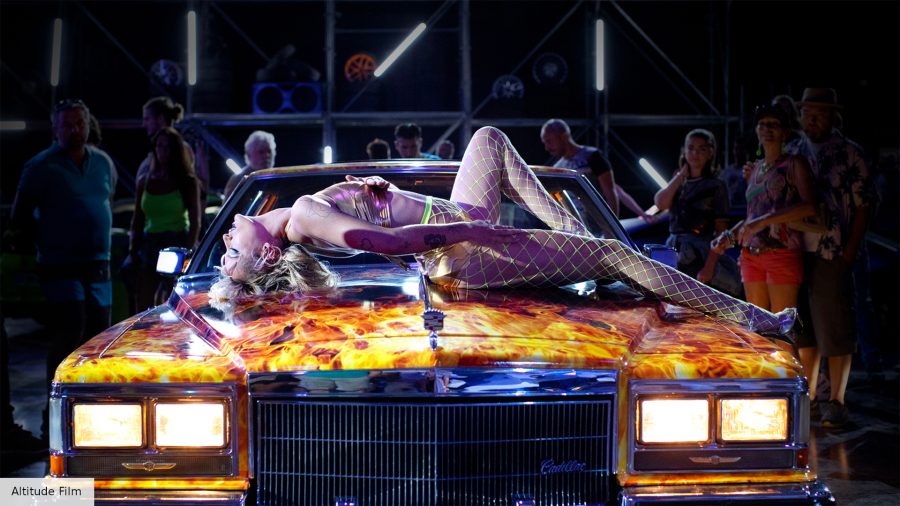 The cannibalistic Raw in 2016 was but the appetiser to Julia Ducournau’s surreal, gripping examination of a serial killer. Following a childhood accident that’s left her with a metal plate at the side of her head, Agathe Rousselle’s Alexia is a murderous adult dancer who gleams sexual gratification from death.

As obsessed with womanhood as ever, Ducournau has little time for the squeamish as her film explores orifices, and slices up victims. One of this year’s festival darlings, it’s refreshing that something this out there is getting that kind of attention. You might not enjoy it, strictly speaking, but it’ll leave a mark. 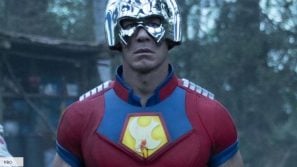