We all need a bit of drama in our lives, and sometimes the best way to get it has been from the big screen. Whether it’s brought us to tears, led us to punch the air in satisfaction, or make us flat out mad at an outcome we prayed would never come, getting invested in the drama has reaped some exceptional rewards we love to go back to.

From steely-eyed gangsters to vengeful keyboard cowboys, some great dramas have burst from grand operatic tales and small and simply beautiful stories. But what are the best drama movies of all time? Well, we’ve scoured our Blu-ray collections, been down the multiplex, and even checked IMDb, to work that out and we think we’ve cracked it.

So here’s our finely tuned list of some top-tier dramas that will guarantee a night-in well spent and a film that demands to be added to your collection. We’ve everything from epic tales of criminal corruption through to thoughtful character studies about morality. So here are our best drama movies of all time…

What are the best drama movies of all time? 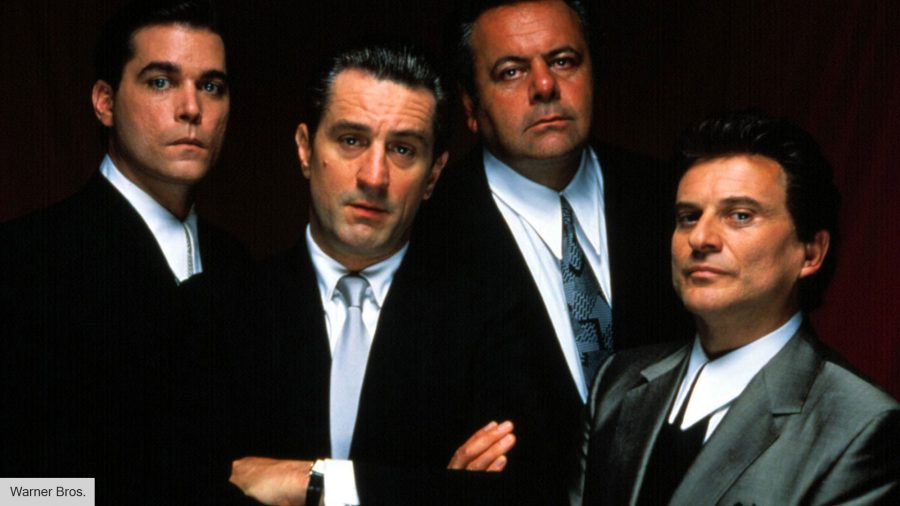 There’s no doubt that Scorsese’s insight into the world of wiseguys is one of the quintessential gangster films, but there’s so much more to Goodfellas than quotable lines and Joe Pesci’s short fuse.

The rise and fall of Henry Hill is one wrought with power plays, betrayal, and addiction to a life of lawlessness shown through Ray Liotta’s iconic performance and a handful of others that can make your blood freeze. It also makes for a great game of spot the future Sopranos star. 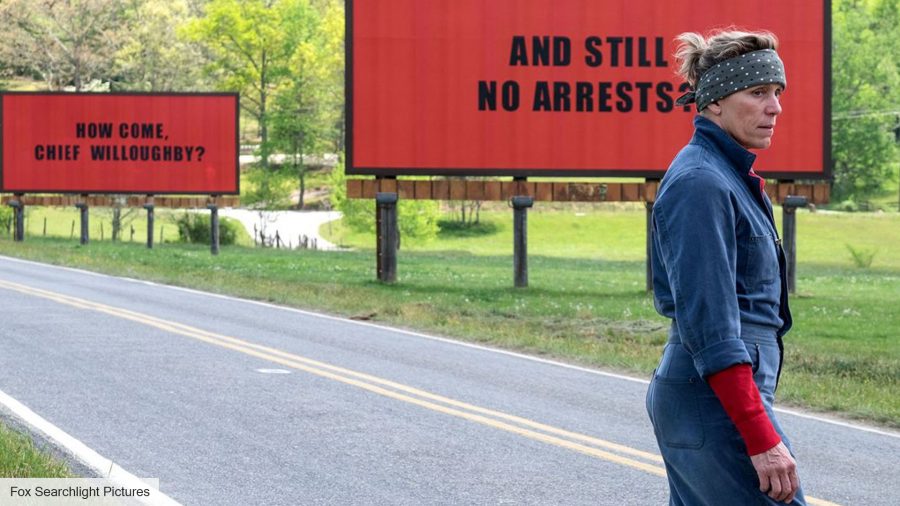 Martin McDonaugh’s cold cut but cathartic tale of Mildred Hayes’s search for justice is as hilarious as it is heartbreaking. Frances McDormand is a force to be reckoned with as a vengeful tornado in overalls, calling out Woody Harrelson’s worn down chief of police, who has his own personal struggles.

Proving that even some of the darkest moments and souls can see the light eventually, Three Billboards is the newest movie on this list but shows signs of being a modern-day classic. 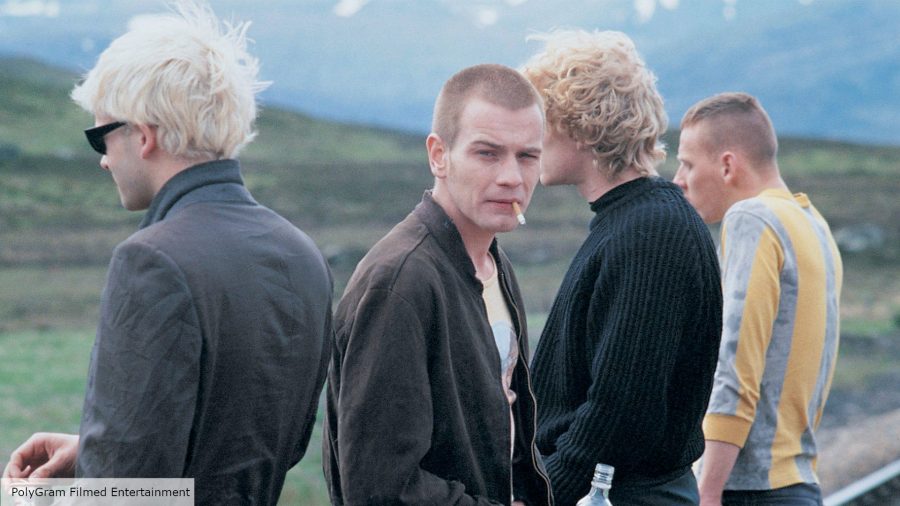 Danny Boyle’s feverish take on Irvine Welsh’s beloved novel feels like a drug in itself. Playing to an absolute trip of a soundtrack before coming down with a heavy dose of reality. Trainspotting put the likes of Ewan McGregor, Johnny Lee Miller and Kelly McDonald on the map, as well as a moustache on a terrifying Robert Carlyle.

It’s a shock to the system that never really fades and even spawned that rarity of a long-overdue sequel. Try to hear Rentboy’s “Choose Life” speech and not be sucked into British cinema at its best. 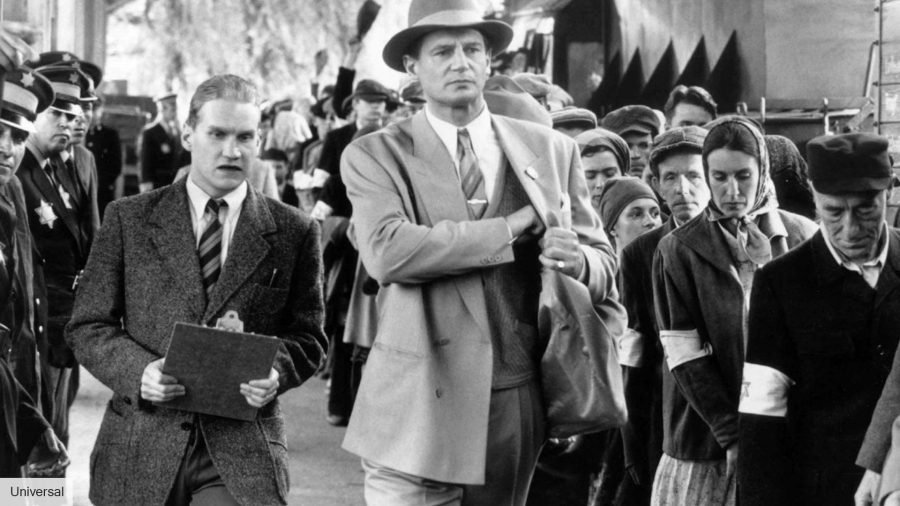 One of the greatest directors in cinema presents one of the most important lessons the world could ever learn in Schindler’s List. Liam Neeson gives an Oscar-winning performance as Oskar Schindler, the businessman who became a hero to thousands and the generations that followed them.

Backed by equally incredible turns from Ben Kinglsey and Ralph Feinnes’ military monster Amon Göth, Spielberg’s masterpiece might be one of the few on this list that ascends beyond ‘essential viewing’, demonstrating ‘an absolute good’ that outweighed an unnecessary evil. 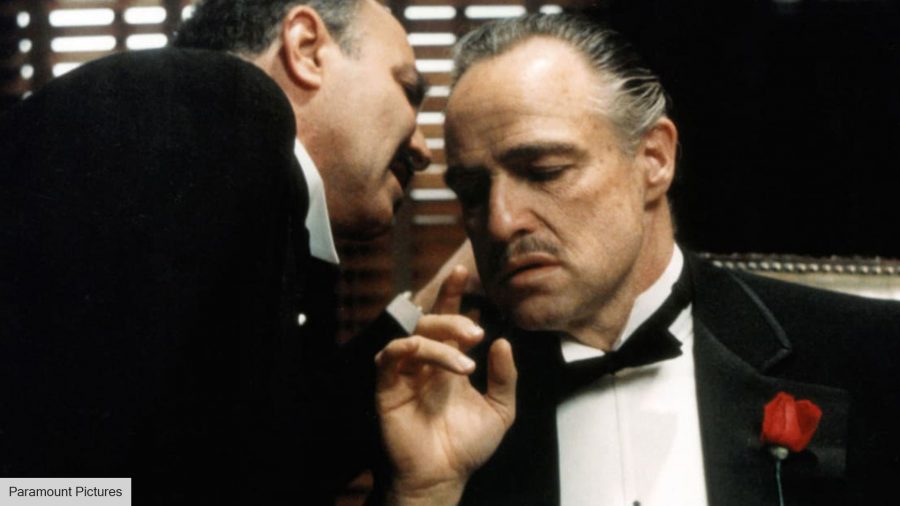 Al Pacino’s prodigal son returning to the fold and being forced into the family business is a fascinating tale that only a few have earned the right to be in the same conversation with.

The story of how Michael Corleone initially thought he was out of a world he’s reluctantly pulled into is one of duty, loyalty, and the corruption that can come from both when pushed too far. The Godfather is a masterpiece that can never be refused. 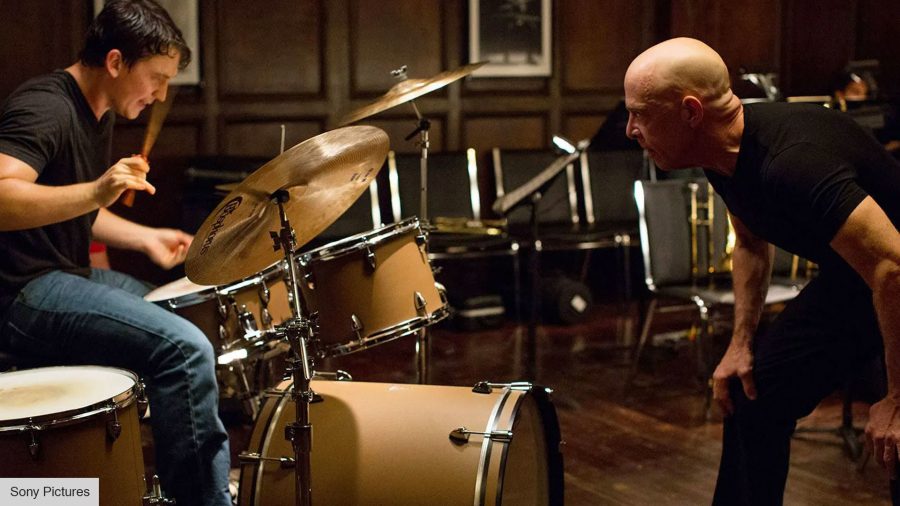 Damien Chazelle’s story of a teacher, a pupil, and the obsession for perfection driving both is a film that’ll draw in just about anyone. Stunning cinematography and killer chemistry make every crash, smash, and bash worthwhile, as Miles Teller’s determined drummer collides with J.K. Simmons’ terror in a black tee.

Are you rushing or dragging? Best thriller movies

Crushing more souls in Whiplash than Simon Cowell could even dream of, his Oscar-winning performance is one that you love to hate over and over again. 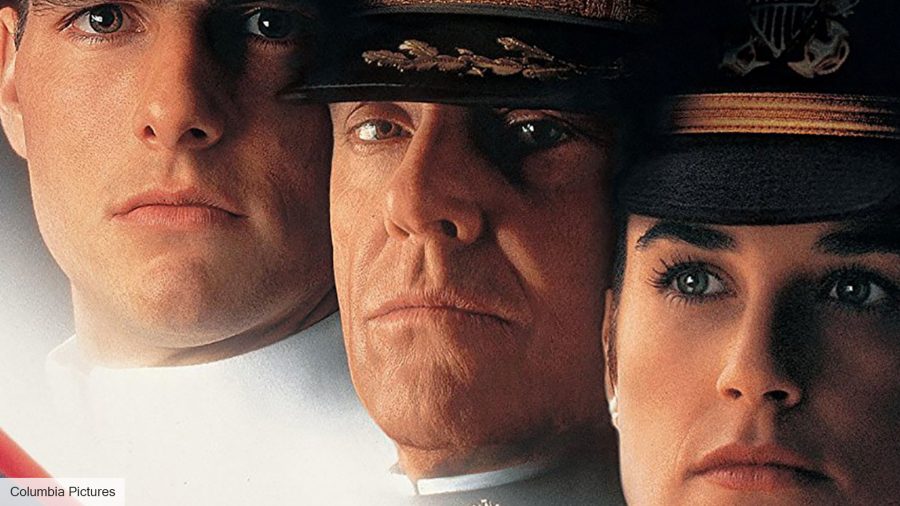 Long before Tom Cruise was testing the limits of his own body as Ethan Hunt, he was pushing the limits of Jack Nicholson’s patience in A Few Good Men. Rob Reiner’s gripping courtroom drama penned by a young Aaron Sorkin plays like a procedural Rocky, as Cruise’s cocky young military lawyer learns how out of his depth he is in a case that grows arms and legs.

Crammed with a collection of stars in the making, it’s the final round between Cruise and Nicholson’s tyrannical colonel that equates with the same ferocity of staring into the sun. A monologue for the ages, A Few Good Men doesn’t just boast a grand finale but incredible performances that help us get there. 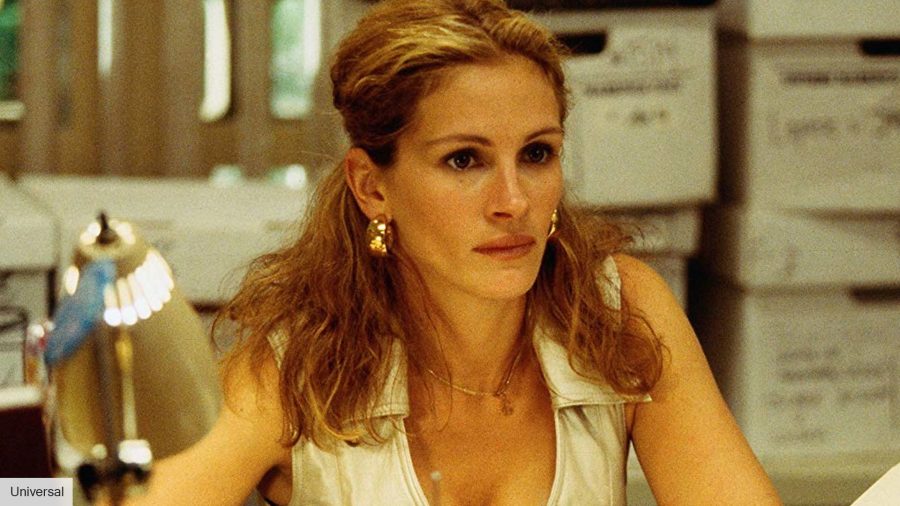 Julia Roberts drops enough mics in Steven Soderbergh’s underdog story to clear out a sound department in her turn as real-life hero Erin Brockovich. Her Oscar-winning performance as the legal clerk going up against the heartless energy company shows Roberts at her fieriest with the irreplaceable Albert Finney standing at a safe distance to see the sparks fly.

Thanks to Susannah Grant’s script, Erin Brockovich is an excellent display of one very mad woman getting deliciously even with fantastic one-liners thrown in every direction. 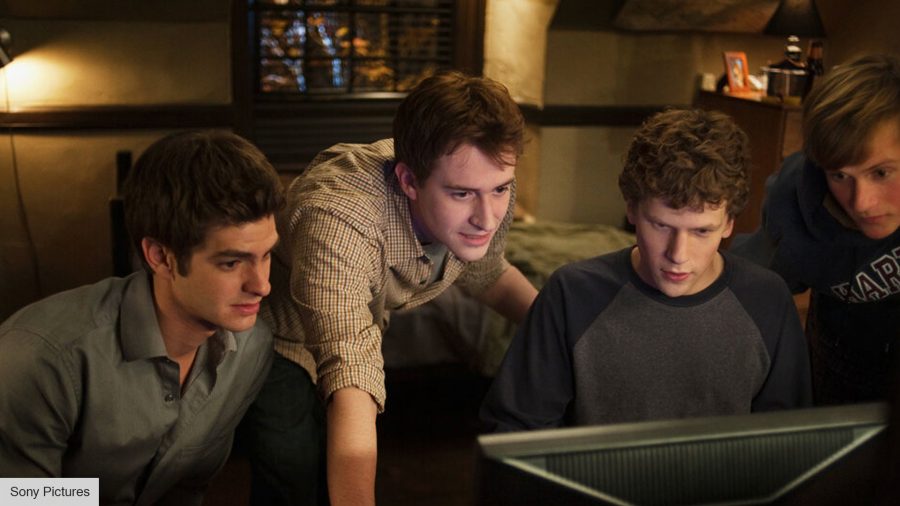 David Fincher’s crisp and calculated tale of the making and breaking of the biggest online tool ever created marks incredible turns from Andrew Garfield and Jesse Eisenberg.

Stranger than fiction: Best movies based on a true story

Bringing energy to a boardroom that hasn’t been matched and watching the film’s leads bounce off of and then verbally brutalise one another as their empire is torn apart may feel like a time capsule now, but it’s one worth cracking open every now and again. 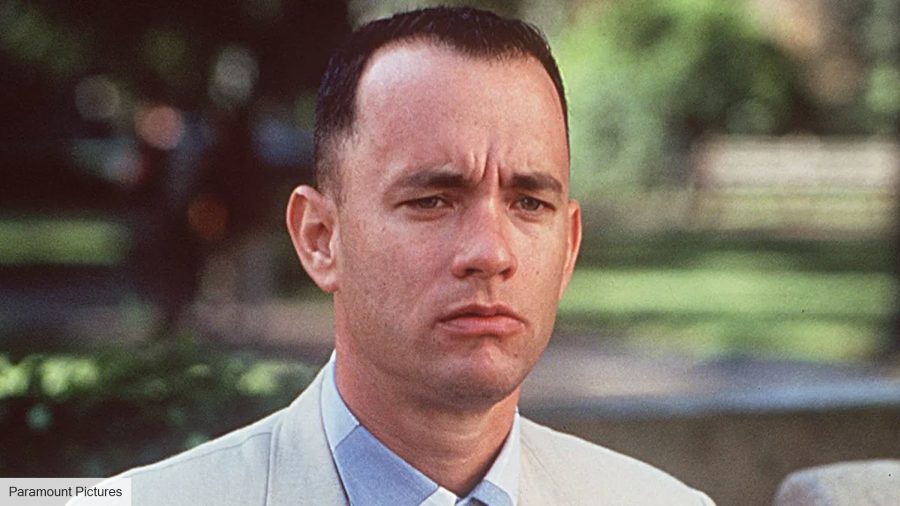 Robert Zemeckis’ feather-sweeping story of one man’s journey through life is an epic tale for such a simple, pure soul. Tom Hanks takes us on the road (running for a lot of it), wandering in and out of some defining moments in American history, finding love, friends and all kinds of shrimp along the way.

Tropic Thunder may have given it a fair few jabs, but Forrest Gump still holds up even if our impressions of the hero don’t. Try not to read “box of chocolates” in his voice; I dare you. 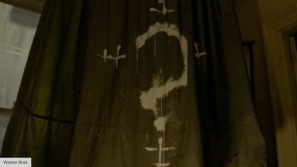