Christopher Nolan’s next drama movie is shaping up to have one of his biggest casts yet. Deadline is reporting that Robert Downey Jr, of Marvel Cinematic Universe fame, and Matt Damon are in talks for the thriller movie Oppenheimer.

A biopic of J Robert Oppenheimer, the father of the atomic bomb, Downey Jr and Damon join Cillian Murphy and Emily Blunt for the star-studded affair. Murphy is playing the lead role, while the nature of the rest of the parts remains to be seen. Nolan is writing and directing the film, which is being produced and distributed by Universal instead of Warner Bros. This is a major change for the filmmaker, as he’d long been part of the Warner Bros stable, but that relationship soured somewhat after the company announced its entire 2021 theatrical slate would also open on streaming service HBO Max.

Nolan, who called HBO Max the “worst streaming service” in a statement to The Hollywood Reporter in 2020, decided to see what else was on offer when his next project started taking shape. Naturally, every studio in Hollywood was interested, but Universal won out, setting a theatrical date of July 21, 2023 for the flick.

The Oppenheimer screenplay is based on Kair Bird and Martin J Sherwin’s American Prometheus: The Triumph and Tragedy of J Robert Oppenheimer. Nolan is producing, with Emma Thomas and Charles Roven.

You can actually see Matt Damon’s latest movie right now – he stars in, and co-wrote, The Last Duel, a historical action movie about two knights who battle after the wife of one accuses the other of rape. It’s his first time co-writing a script with Ben Affleck since 1997’s Good Will hunting, with Nicole Holofcener also contributing.

The next time we’ll see Robert Downey Jr will be comedy movie All-Star Weekend, expected at some point in 2021. We’ll keep you posted. 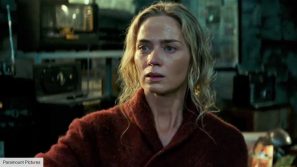