What are the best romance movies? Love takes many forms, one of which is to watch a love story unfold in front of your very eyes on the big screen. So, if you’re in the mood to fall in love with people falling in love why not check out these brilliant romance movies?

So whether you’re curled up on the sofa with the partner you’ve had for years, setting out on a new relationship, or lying in your bed alone on a Saturday night (no shame we’ve all been there), if you need to get deep into your feels, this in-depth list offers a whole lot of love.

What are the best romance movies of all time? 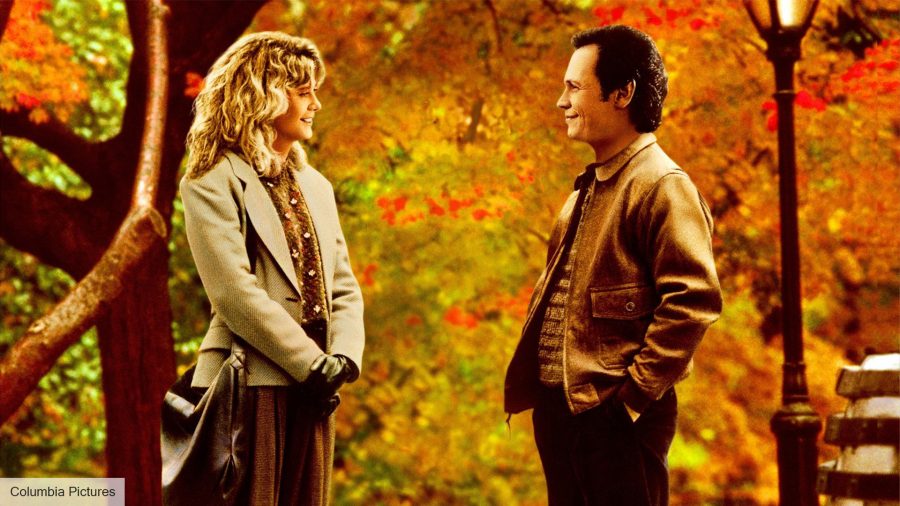 I’ll have what he’s having: Best rom-coms

The pair have known each other since college, and their history is littered with encounters, but they’ve never taken it to the next level. This film earns a spot on our list because it tackles the conventions of relationships, both platonic and romantic, and asks the difficult question – can men and women ever truly be friends? Plus, there’s the famous fake-orgasm scene set in Katz Delicatessen, which has gone down in history as one of those must-see comedy moments. 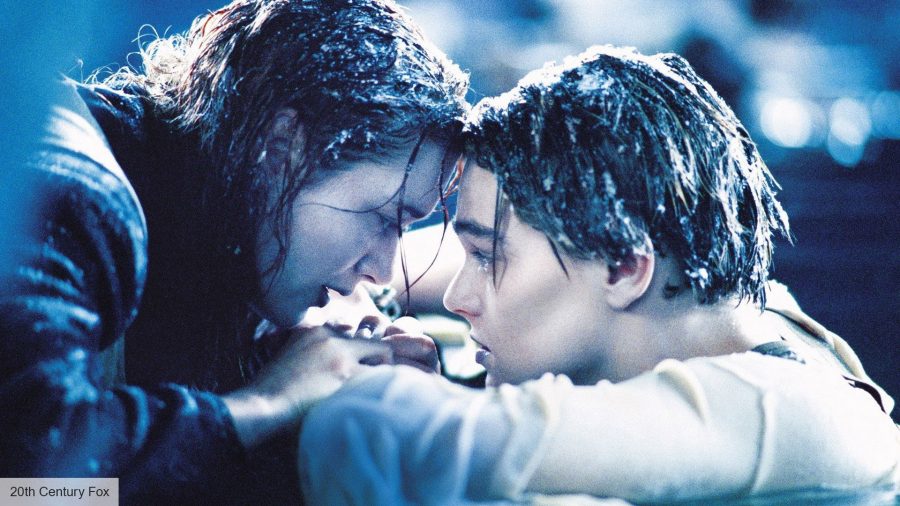 A beautiful love story set against the backdrop of tragedy sees Jack (Leonardo DiCaprio), a poor young artist, meet Rose (Kate Winslet), a wealthy aristocrat on board the maiden voyage of the doomed Titanic.

Prefer scares to love? Check out the best horror movies

Their tender love story unfolds on the ship that, infamously, sank in the middle of the ocean after hitting an iceberg. This epic and heartbreaking story shows how love can blossom even on the cusp of disaster, and shows how opposites in society can attract. 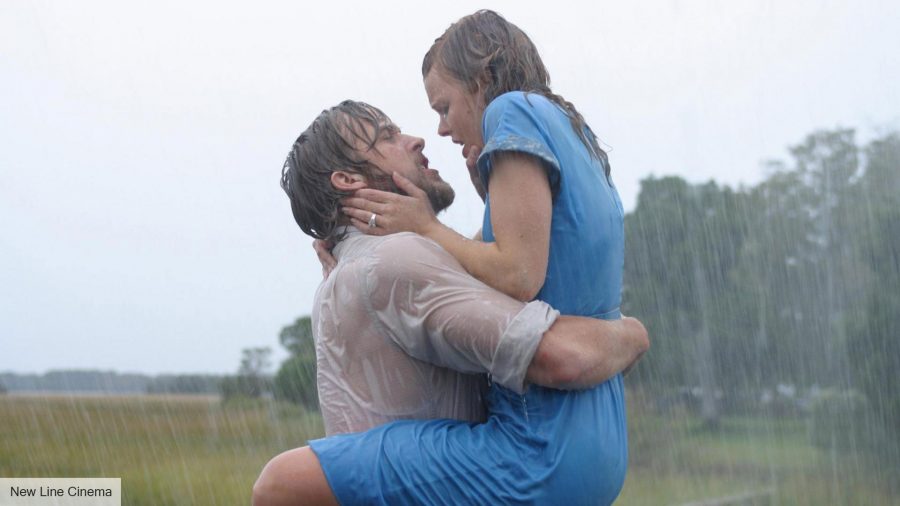 Based on the book by Nicholas Sparks, The Notebook tells the extraordinary tale of two lovers, Allie (Rachel McAdams) and Noah (Ryan Gosling), from its early beginnings to its tragic end.

The narrative flicks between the past and present, depicting a profoundly touching story that will leave your heart aching. Prepare to witness a tale of love overcoming all obstacles that will have you reaching for the tissues. 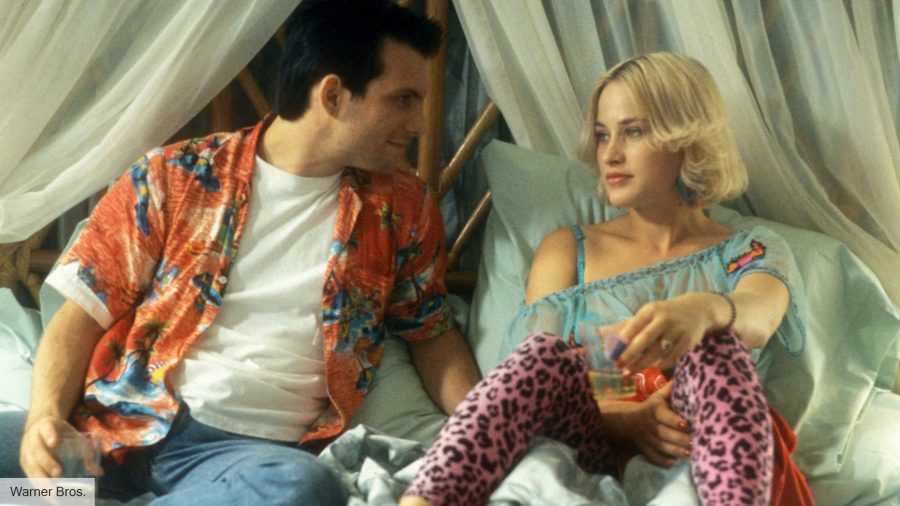 Writer Quentin Tarantino takes romance to a new level with his genre-blending crime love story. . A prostitute, some drugs, and a pimp might not sound like the right ingredients for romantic movie, but Tarantino makes all these unexpected elements work.

The movie follows Clarence (Christian Slater) and Alabama (Patricia Arquette), two star-crossed lovers forced to run after robbing a pimp. This off-beat romance isn’t your typical love story, but it’s stylish, exciting, and funny. If that doesn’t do it for you, the pimp is played fantastically by Gary Oldman and that’s something worth seeing. 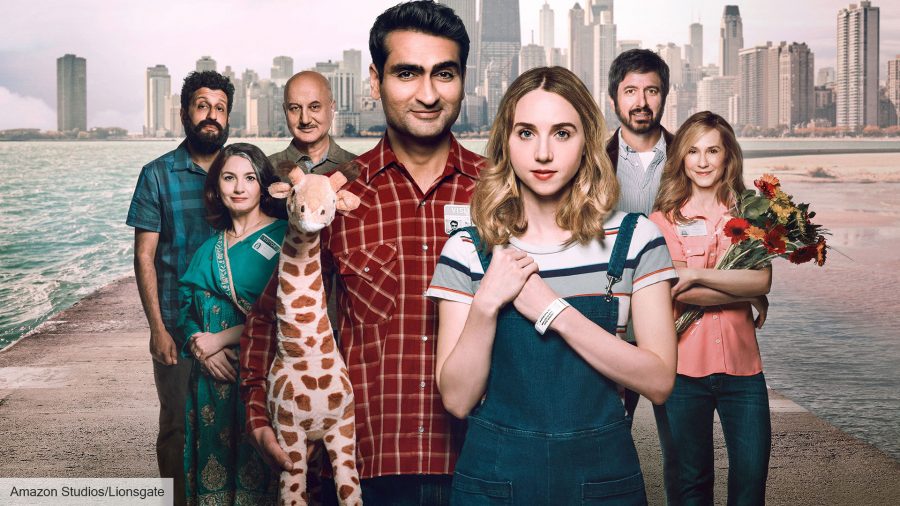 Based on actual events in comedian Kumail Nanjiani’s life, this movie fictionalises the first year of his relationship with his wife, Emily Gordon.

Whilst their relationship initially struggles with Kumail’s own battle with their cross-cultural romance, it’s only when Emily contracts a mysterious illness, and is put into a medically induced coma, that he realises the depth of his feelings for her. Earnest, warm, and honest, this surprisingly funny romantic comedy is a charming slice of real life. 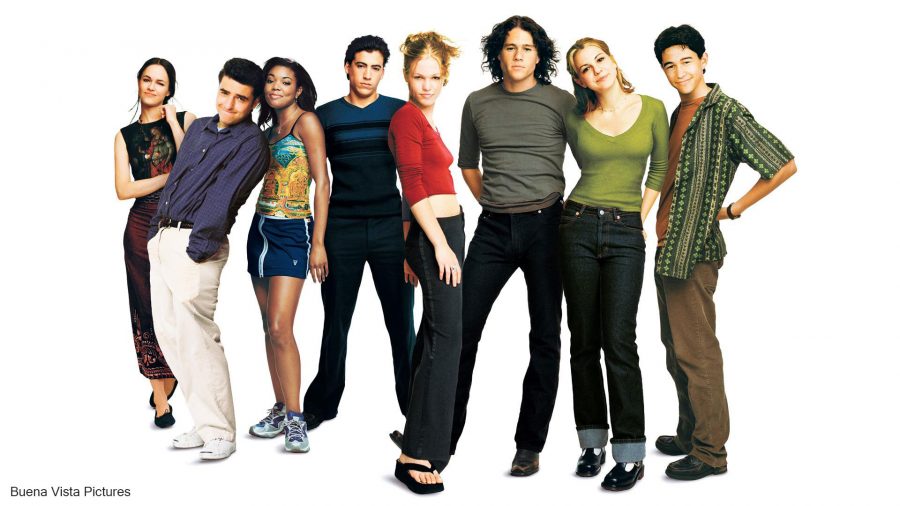 Based on Shakespeare’s The Taming of the Shrew, this movie updates the setting to a modern high school, and follows Cameron (Joseph Gordon-Levitt) and Patrick (Heath Ledger) as they try and woo two sisters.

Unfortunately for our heroes, the girl’s protective dad has strict rules about who he lets date his daughters. Strong performances elevate this late 90s teen romance film while also catapulting Levitt and Ledger to stardom. 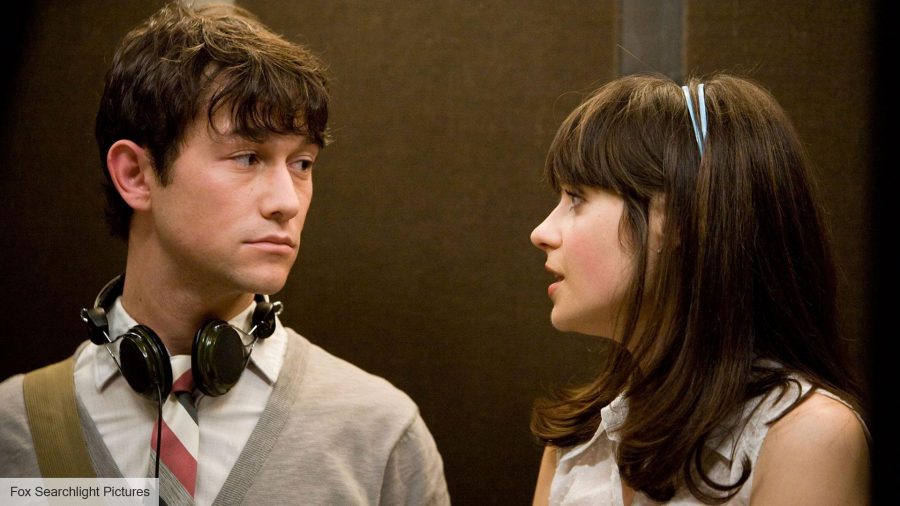 While the story isn’t what you’d typically expect from a romantic movie, 500 Days of Summer manages to be oddly relatable. The film follows Tom (Joseph Gordon-Levitt) as he reminisces on the past year he spent with his girlfriend, Summer (Zooey Deschanel).

We see them meet, go on dates, and even go to Ikea (the ultimate test for couples). There’s just one problem – Summer doesn’t believe in relationships. This clever film captures exactly what it’s like to fall in love, be loved, and to not love at all. 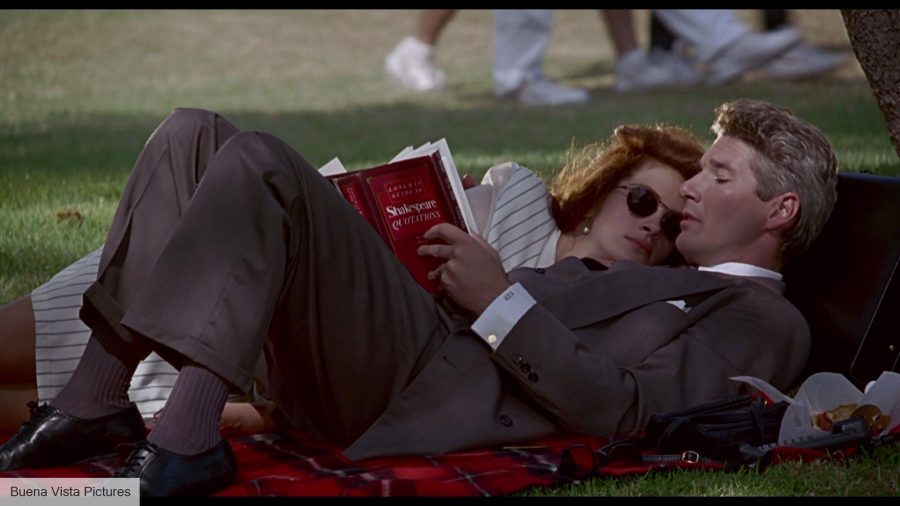 Los Angeles prostitute Vivian (Julia Roberts) meets Edward (Richard Gere) one-night as he struggles with his car. A night together turns into days as Edward pays to keep her around, and the pair slowly start to fall in love. This film put Roberts on the rom-com map, and its entertaining plot makes it an easy one to watch time and time again. 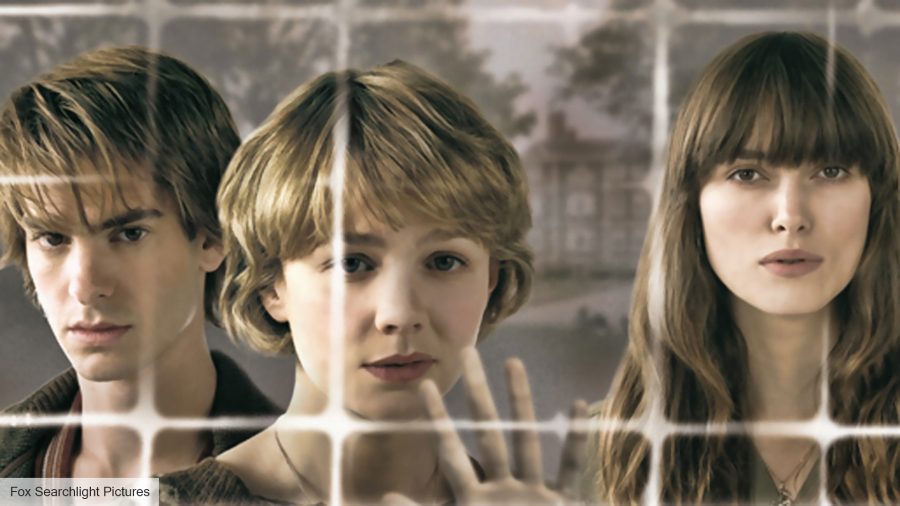 Adapted from the novel by Kashuo Ishiguro, three friends, Cathy (Carey Mulligan), Tommy (Andrew Garfield), and Ruth (Keira Knightley), are all growing up in a seemingly normal boarding school. But nothing is normal.

A love triangle emerges in the midst of this dystopian movie fuelled by the emotions and hormones of growing up. It’s a perfect combination of love and loss, and its unpredictable plot will leave you thinking about it for a long time afterwards. 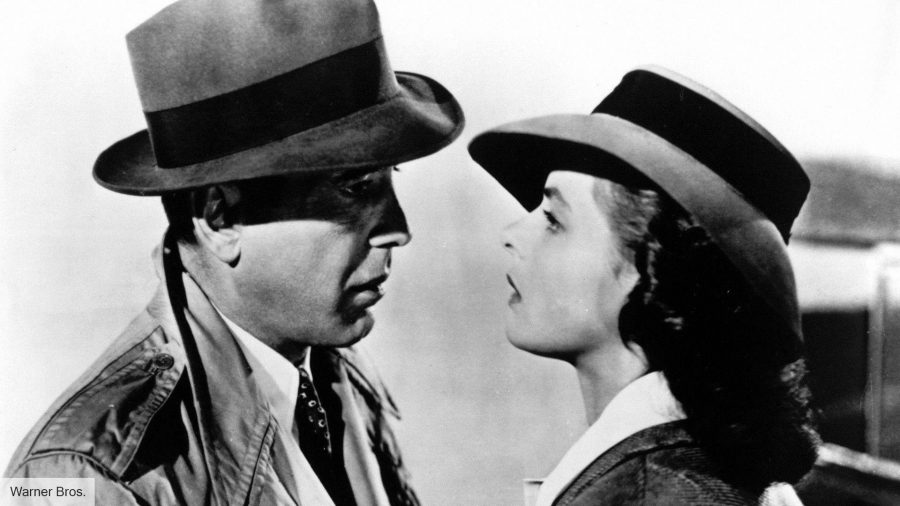 You can’t make a list of the best romance movies and not include the enduring classic, Casablanca. Set during the early days of World War 2, Rick (Humphrey Bogart) meets his past lover Ilsa (Ingrid Bergman) and her husband in the club Rick owns in Casablanca.

Here’s looking at you kid: The best movies of all time

Old feelings bubble up to the surface, and Rick has to choose between the woman he loves or helping fight the Nazis. Casablanca is full of unforgettable moments, and memorable quotes you may be surprised to learn are from this movie. So, here’s looking at you, kid. 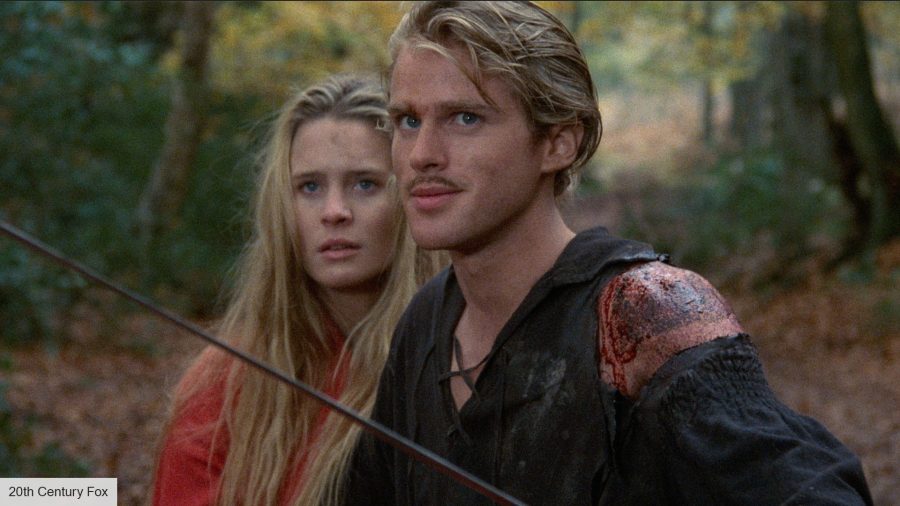 A true cult classic, The Princess Bride, is a swashbuckling, hilarious love story that has stood the test of time. Few other films can make you laugh, swoon at corny romance tropes, or delight you with a bizarre fairy-tale world as well as this film can. Adapted from William Goldman’s 1937 novel, and directed by Rob Reiner, the movie is a unique ‘damsel in distress’ kinda story that isn’t afraid to make fun of itself.

Following the adventures of a farm boy called Westley (Cary Elwes) who must rescue his true love Princess Buttercup (Robin Wright), from Prince Humperdinck (Chris Sarandon), it is a simple plot that is incredibly engaging and self-aware at the same time. The typical plot points that we see in all romance movies are played for laughs, and if you are after some cheeky comedy on date night, this fantasy adventure is as good as it gets.

Fancy crying some happy tears next? Why not check out our best comedy movies of all time and get some of those belly laughs out. 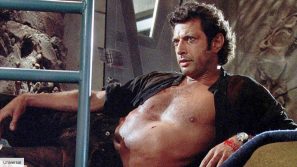