What are the best time travel movies? There’s something uniquely enjoyable about a time travel movie. The very notion of hopping through the past, present and future of history is enough to have even the most cerebrally healthy filmgoer scratching their head in befuddlement.

Sometimes these science fiction movies tell serious stories in which the mechanics of time travel are of crucial importance. While occasionally, the concept is merely used as the jumping-off point for comedy, horror, romance or some combination of the above. In terms of the type of time travel, there are many ways to skin the cat. Some movies feature one big journey to a bygone age, and others flit between time periods with gleeful abandon.

There’s also the entirely different world of the time loop story, in which characters find themselves trapped in a temporal prison – living the same day or event over and over again. Here are the best time travel movies ever made, including Michael J. Fox’s iconic guitar solo, Bill Murray’s daily déjà vu, and an anime romance with a body-swap twist.

What are the best time travel movies? Arnold Schwarzenegger’s cyborg assassin from the future is one of the most recognisable characters in movie history. He first appeared in 1984 in James Cameron’s ultra-successful thriller movie, in which he is sent back from the year 2029 in order to kill the woman who will eventually give birth to the leader of the human fightback in their war against the machines.

Powered by boundary-pushing visual effects as well as the unique charisma of Schwarzenegger, The Terminator remains as much of a triumph almost four decades on as it was when it first came out. It turned Linda Hamilton into an action hero, spawned a hugely lucrative franchise and, as a result, gave us that viral clip of Christian Bale yelling like an angry, spoiled baby. We have a lot to thank The Terminator for. It’s difficult to think of a more perfect crowd-pleaser than Back to the Future (which is why it’s on our best movies ever list). Robert Zemeckis’s ‘80s classic keeps its time travel simple, catapulting Michael J. Fox’s high-schooler back in time to the 1950s. A chance encounter with his own mother puts his own future existence in jeopardy, unless he can play match-maker and light the fuse on his parents’ romance.

Once you set aside the weirdness of a teenager batting away the romantic advances of his own mother, what’s left is an energetic blast of pure cinematic joy. It’s crazy to think Fox almost didn’t play the role, given how transparent it is that only he could’ve given Marty his unique, jittery charm. Zemeckis and co-writer Bob Gale keep the story stripped-down, allowing the characters and the comedy to really fly – or perhaps McFly. And McFly they do. Where they’re going, they don’t need roads. For any child or teenager of the 1980s, there’s no doubt a nostalgia factor to a film like Bill & Ted’s Excellent Adventure. Alex Winter and Keanu Reeves disappear entirely into the heightened, affected, dude-ism of Bill S. Preston and Ted “Theodore” Logan, delivering performances with joyful weirdness at their centre. They receive a visit from the future, facilitating a journey through time in which they recruit historical figures to help them with a school assignment.

There’s a pleasantly ramshackle feel to the movie, which revels in its oddball, episodic storytelling. As with so many time travel stories, it takes great joy in plucking characters out of their historical home and placing them in the present day. In this case, it’s the likes of Napoleon, Billy the Kid, and, of course, that famous Greek philosopher Soh-crates. A sequel arrived a few years later, followed by a slightly ropey third instalment – very much for fans only – in 2020. There are many reasons why Sam Raimi’s horror sequel Evil Dead II is one of the most unhinged films ever made. One of them is that its protagonist, played by Bruce Campbell, disappears into a wormhole at the end – for reasons that are never quite explained. Army of Darkness picks up with him stranded in the Middle Ages and helping the humans he finds to fight marauding armies of Deadites, with the help of his chainsaw and trusty “boomstick”.

Raimi, at the peak of his truly chaotic genre movie powers, is always a delight to behold, and Army of Darkness is no exception to that rule. Campbell delivers his wild-eyed leading man charisma at its best, fighting off hordes of zombies and skeletons, largely depicted via stop-motion animation in a loving homage to the work of Ray Harryhausen. Here’s hoping that Raimi can bring at least some of that madcap energy to the Marvel Cinematic Universe when he helms Doctor Strange in the Multiverse of Madness. The granddaddy of all time loop movies, there’s a reason Groundhog Day is the first comparison everybody reaches for when a film like this year’s enjoyable Palm Springs arrives. Bill Murray plays the telly weatherman who finds himself repeating the same day over and over for reasons that the movie wisely never even attempts to explain. It’s a vintage arrogant scumbag performance from Murray, but in a film that allows for emotional catharsis and warmth around his work.

As with many of the other great films discussed on this list, Groundhog Day excels by keeping the mechanics of its time-hopping as simple as possible. It’s about the characters rather than the plot intricacies, and that’s why it has endured as a beloved classic for almost 30 years. Rather fittingly, given the subject matter, you can watch it over and over again. 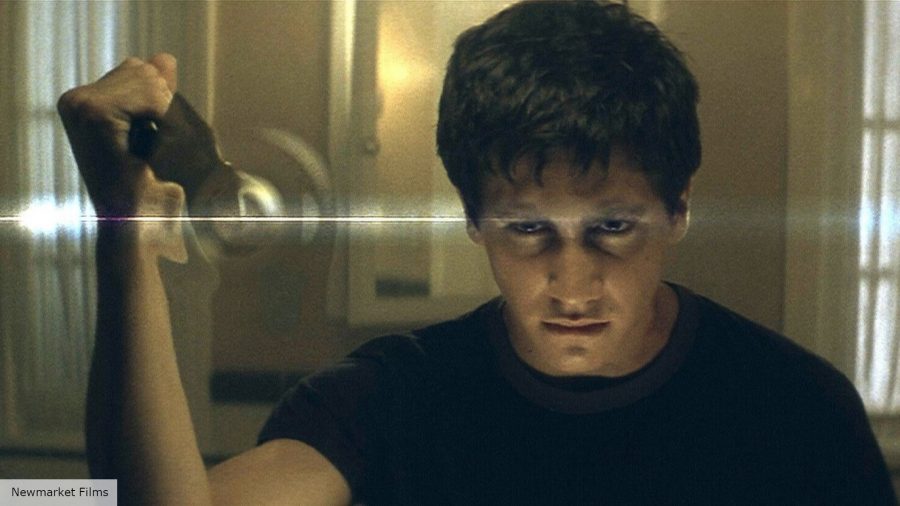 As much as it’s a joy when time travel on the big screen is simple, it can be equally entertaining when the film in question is thoroughly confusing. That’s the case with Richard Kelly’s ambitious, cerebral directorial debut Donnie Darko, in which Jake Gyllenhaal plays a troubled young man at the centre of some temporal shenanigans involving a terrifying rabbit-like thing called Frank.

It would take an entire article to fully explore the complexities of the movie’s use of time travel, but it essentially gives Gyllenhaal’s character the ability to save the world after ending up in an unstable, tangent universe. More importantly, there’s an enigmatic wooziness to the whole film that makes it compelling – even if you haven’t got the first clue about what’s going on. 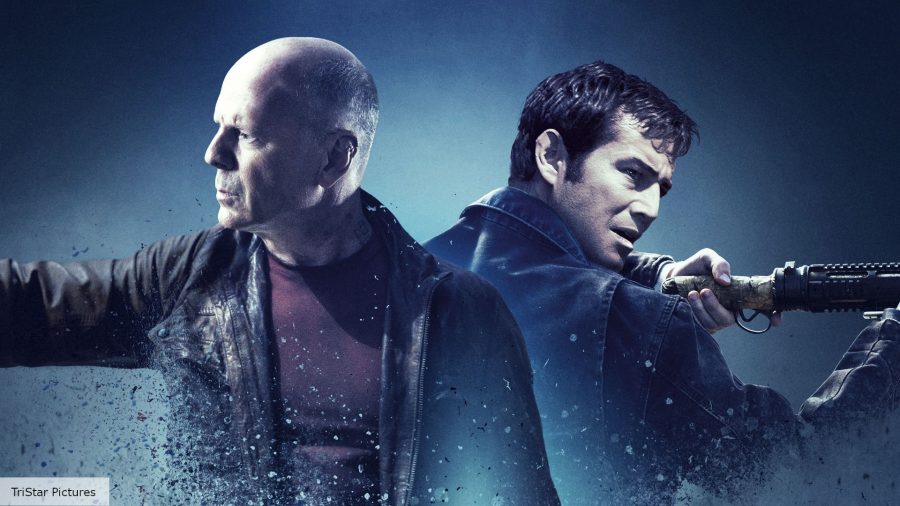 Before Rian Johnson was the king of the modern whodunnit – or the butcher of your Star Wars-loving childhood, depending on perspective – he made strange, thoughtful genre tales. One of the most enjoyable of these is Looper, which takes place in a world in which criminal gangs send their enemies back through history to be executed at a time when murder is harder to trace. Joseph Gordon-Levitt plays one of these assassins – or loopers – who botches an attempt to kill his future self, played by Bruce Willis.

Johnson’s approach to the genre is stylish and innovative, with at least one scene of real brutality that can’t help but lodge in the memory. Gordon-Levitt and Willis are both excellent, with the former doing a great job of convincing as a younger version of the action cinema legend. Given the gloss and budget of what Johnson has made since, Looper is in danger of being a forgotten part of his filmography. It’s too good for that to happen. Adapted from a Japanese graphic novel with the brilliant title All You Need is Kill, Doug Liman’s sci-fi war movie sees Tom Cruise’s PR exec sent to the battlefield to fight on the frontline of a conflict between humans and aliens. He finds himself in a time loop, which might well give him and the human race the edge in the ongoing war.

Featuring a fun performance by Cruise and a cracking supporting turn by Emily Blunt, Edge of Tomorrow is a smart and thrilling sci-fi tale that deserved far better than its lukewarm box office reception. A change of title for its home entertainment release didn’t help matters, but Liman has suggested a sequel might well happen in the future. That would certainly be worth repeating. Denis Villeneuve has become one of the hottest tickets in Hollywood thanks to his rather ponderous, painterly blockbusters like Blade Runner 2049 and this year’s Dune. Just before that phase of his career, though, he delivered one of the most intelligent, thoughtful sci-fi pictures of recent years. And once again, Amy Adams gave us a performance worthy of Oscar recognition and was left to watch from the sidelines.

It came from another world: Best alien movies

The movie’s relationship with time is deeply complex, introducing an alien race who don’t perceive history as a linear progression. Eric Heisserer’s script, adapted from a short story, carefully and compellingly walks the line between head-scratching and accessible to construct a genuinely excellent musing on the passage of time. Makoto Shinkai’s anime movie masterpiece is a thoroughly fascinating and inscrutable work, with its genre-shifting and contorting to amplify the impact of its heart-breaking storyline. To say too much about the machinations of how the movie’s second half unfolds would be to spoil its genius, but the central conceit is a solid one. Teenagers Mitsuha and Taki find themselves switching bodies on a daily basis, only to fall in love in the midst of their shared experience.

What follows spans multiple time periods, at least one disaster and a tragic romance seemingly doomed in the face of strange, predestined circumstances. Shinkai tells the story with poetic beauty and with the help of an excellent J-pop soundtrack. Naturally, a live-action remake is in the works – interestingly, Arrival writer Eric Heisserer has contributed to a screenplay – but it has struggled to nail down a director thus far, with Spider-Man filmmaker Marc Webb and Minari’s Lee Isaac Chung signing on before separating shortly after