Not a lot is known about the Oppenheimer movie at this point. We know that Murphy has been lined up to play the theoretical physicist whose work on the Manhattan Project earned him the sobriquet, the ‘father of the atomic bomb’, but that’s about it. Oppenheimer will mark the first time since Memento that Nolan has made a movie without Warner Bros. The filmmaker is believed to have had a falling out with the lauded studio over its plans to release its entire 2021 movie slate in theatres and on the streaming service HBO Max on the same day.

Warner’s loss was Universal’s gain, though, the studio snapped up Nolan adding them to its stable of filmmakers. THR reported that Nolan got an incredible deal out of the studio, which includes complete creative control over the production, 20% of first-dollar gross, and a so-called “blackout period” where the studio will not release another movie three weeks before or three weeks after his release.

Universal also agreed to bankroll his war movie, with a reported production budget of $100 million and an equal marketing spend. Perhaps the deal’s most notable aspect, though, is the length of the theatrical window. Nolan has negotiated a guaranteed 100-day theatrical exclusive window.

This wouldn’t have been so extraordinary before the pandemic (Nolan reportedly enjoyed a similar deal at Warners) but post Covi-19 it really is extraordinary. Most studios are currently experimenting with a reduced theatrical window to mitigate the impact Covid-19 has had on cinema-going audiences. 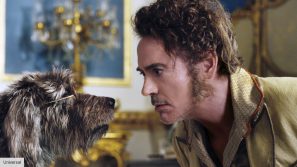