When is the Euphoria season 3 release date? The latest season of the thrilling TV series may have just ended, but we are dying for more Euphoria already! The crazy world of Euphoria High has us well and truly hooked, as Zendaya leads a cast of dysfunctional, destructive teens through the trials and tribulations of adolescence in this top-tier drama series.

From Rue’s ongoing battle with drug addiction, Jules’ tumultuous gender transitioning journey, Fez and Ashtray’s run in with the law, and the incredible love triangle between Nate, Maddy, and Cassie, we have been treated to a relentless, tension-filled ride over the last two seasons of Euphoria. And, that is not even taking into account Lexi’s jaw-dropping play!

There’s sure to be a hell of a lot more drama on the horizon for our favourite teen delinquents, but what about the Euphoria season 3 release date? Who will be dating who when we catch up with the gang again? Which Euphoria characters are coming back for more, and who looks set to be a high school dropout? These kids might not go to class, but we’ve been studying hard and we have all the answers you need about Euphoria season 3.

Honestly, we don’t know the Euphoria season 3 release date just yet. Judging by the timescale of previous seasons, we would estimate that season 3 won’t be on our screens until early 2024.

While Euphoria season 3 has officially got the greenlight, as confirmed by the official Euphoria Twitter account, there has been no concrete information as to when we can expect to see the show return to our screens.

#EUPHORIA has been renewed for season 3. pic.twitter.com/vGnmps7OQC

If we look back, season 1 aired in August 2019, and we had to wait until January 2022 for season 2 to arrive. We did, of course, get a couple of special episodes in that time, and a global pandemic slowed down productions.

Unfortunately, if we were to make an educated guess right now, we won’t get Euphoria season 3 until 2024. Let’s just hope Sam Levinson has a couple more special episodes up his sleeve to keep us going!

Again, we haven’t had any definitive answers as to what to expect from Euphoria season 3 at this stage, but if Rue’s narration is anything to go by, where she talks about “staying clean for the rest of the school year”, we can probably expect something of a time-jump between the end of season 2, and where season 3 will pick up.

We probably won’t get an official synopsis for a while as season 2 has only just concluded. But, the finale of season 2 certainly left us with a lot of questions that need answering.

Our first, and biggest question, is what the hell happened to Fez? The last time we saw the loveable drug dealer, he was laid in his hallway, shielding himself from the cross-fire of the conflict between the SWAT team and Ashtray. While Ashtray is all but confirmed to be dead after his reckless rampage, Fez is most likely heading for prison, after taking the blame for Ashtray killing Custer.

Speaking of prison, we know for sure that Cal Jacobs is set for some jail time, after his son Nate handed him in to the police for his years of sexual deviance. But what is Nate planning? Has the bad boy of Euphoria High turned over something of a new leaf, or are his ambitions for revenge further reaching than just his father?

The drama! The best drama movies

Let’s not forget the star of the show, Zendaya and her character Rue Bennett. By the end of season 2, Rue is seemingly clean and in a good place. She has said sorry to those she hurt during her darkest depths in her battle with addiction, and she and Jules may be over, but they appear to have now ended on relatively good terms. Surely, the fact Rue lost $10,000 worth of pills which belonged to the creepy drug-lord Laurie, will come back to bite her in season 3.

And, finally, as if that wasn’t enough drama, we saw the tension between Cassie and Maddy reach boiling point in the season 2 finale. After Cassie essentially stole Maddy’s boyfriend, Nate Jacobs, the pair had a physical altercation during Lexi’s play, leaving both of them nursing wounds. Nate may have broken up with Cassie, but as Maddy warns her, “Don’t worry, this is just the beginning,” suggesting Cassie has plenty more pain heading her way.

After the blistering finale of Euphoria season 2, we know that the majority of the cast should still be returning for season 3. Zendaya is a given, as this is as much her show as it is the creator, Sam Levinson’s.

Cassie Howard (Sydney Sweeney), Lexi Howard (Maude Apatow), Maddy Perez (Alexa Demie), Kat Hernandez (Barbie Ferrera), and Nate Jacobs (Jacob Elordi) have plenty of unfinished business, so while nothing has been confirmed, we are almost certain they will be back for season 3. 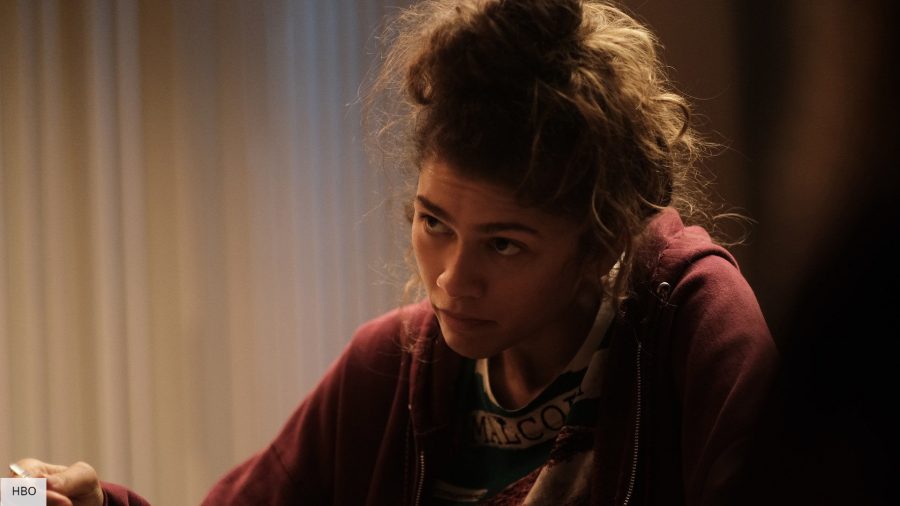 Jules, played by Hunter Schafer, was side-lined somewhat in season 2, as Rue struggled to balance their relationship and her attempts to get clean. The finale of season 2 saw Rue seemingly end the relationship once and for all, albeit amicably, but could that be the end of Jules’ involvement in the tangle of Euphoria High? We suspect she will be back, but how big of a part she plays, remains to be seen.

Now, here’s where it gets messy. Fez, we presume, is heading for jail, but we would expect to see actor Angus Cloud return for season 3 to pick up the fallout of Ashtray’s antics in the season 2 finale. Ashtray, played by Javon Walton, will almost definitely not return, as the last time we saw him he had a sniper target quite literally on his head. Although the young actor has spoken of his hopes for a miraculous return, we can’t see it happening.

24.02 | Dominic Fike confirms that Elliot will "absolutely" be in season 3! https://t.co/XHNNmp96aO pic.twitter.com/51xJBRM9Fg

Two of the new additions to the cast for season 2 have also spoken about the hopes and plans for their characters moving into season 3. Dominic Fike, who plays Elliot, confirmed he is “absolutely” returning for the next season of Euphoria when appearing on The Jimmy Fallon Show. And, Chloe Cherry, who plays Fez’s new ally Faye, has said she hopes her character can form a bond with Rue in season 3.

There are sure to be new characters introduced, too, and we may still see Tom Holland, Zendaya’s real-life boyfriend, get the long-rumoured cameo we have been waiting for.

will euphoria get a season 4?

At the moment, only season 3 has been confirmed. While we certainly don’t want Euphoria to end any time soon, we have to consider the fact that these characters, and the actors playing them, are getting older, so if there was to be a season 4, the high school setting would probably have to be abandoned.

That’s everything we know about Euphoria season 3 for now. But don’t worry, we’re listening out for all the gossip from Euphoria High and will keep you up to date as soon as anything changes. In the meantime, why not check out our guide to other drama series like Virgin River season 4, or for more teen trauma, check out our guide to Yellowjackets season 2.

Euphoria is available to stream on NOW (with Entertainment Membership) in the UK and on HBO Max in the US. 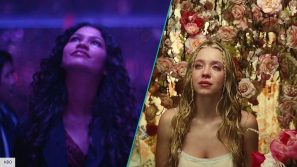 {"schema":{"page":{"content":{"headline":"Euphoria season 3 release date speculation, plot details, and more","type":"guide","category":"euphoria"},"user":{"loginstatus":false},"game":{"publisher":"","genre":"Drama","title":"Euphoria","genres":["Drama","HBO Max","TV"]}}}}
We sometimes include relevant affiliate links in articles from which we earn a small commission. For more information, click here.
Trending in TV