What are the best teen movies of all time? Teenagers are not cool. Not even a little bit. Teen movies, on the other hand, definitely have a veneer of up-to-the-minute class. These films are absolutely crucial to the generation they depict, and, for many, they’re the ultimate chance to see themselves on the big screen.

There are many ways to skin the cat when it comes to movies like this. Some serve as wish-fulfilment fantasies, in which relatable teens get to experience things real-world adolescents could never manage – occasionally with the help of musical numbers. Others ladle on the awkwardness in a way that makes even the nightmare of actual teenage life look like an easy ride. We’re looking at you, American Pie.

These are the best examples of the widely beloved teen genre, featuring awkwardness aplenty, spectacular romantic highs and catastrophic lows, and a housing estate plagued by neon-toothed alien invaders, you know, the typical stuff you encounter as a teen. So without further ado, here are the best teen movies…

What are the best teen movies? 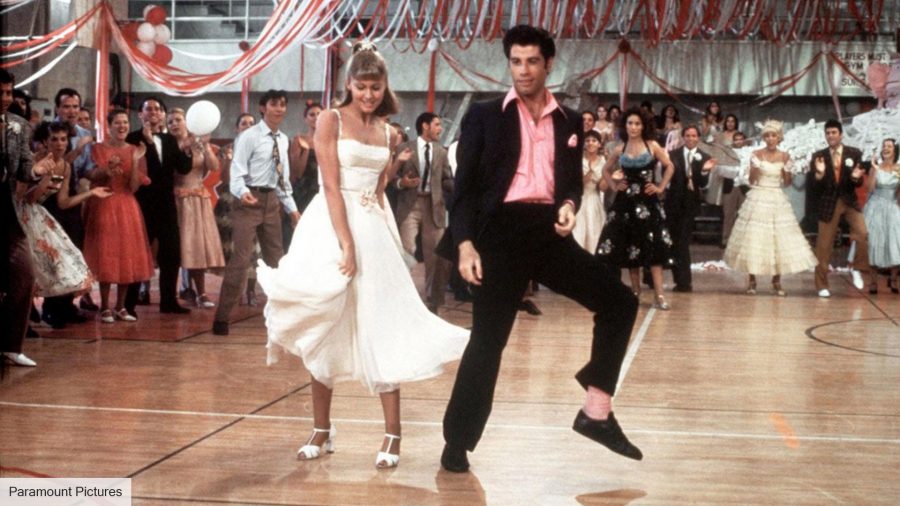 Yes, every “teenager” in the movie is played by an actor who’s around 30 years old. But movie musicals don’t come much more enjoyable than director Randal Kleiser’s ’50s-set dance through the corridors of Rydell High School. John Travolta and Olivia Newton-John are charismatic and charming as the chalk and cheese couple struggling to express their love through the impenetrable wall of high school posturing.

The songs are bulletproof, and the story is timeless, despite the valid debate that continues to rage around the gender politics of its final scenes. It’s a movie thoroughly embedded in the popular culture landscape through sheer force of energy and effervescence. More than 40 years on, it’s difficult not to still be hopelessly devoted to Grease. 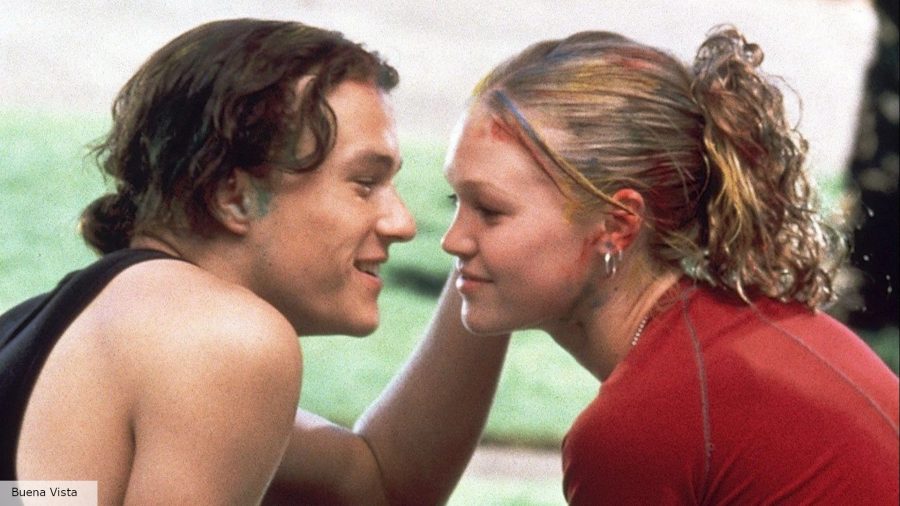 The Dark Knight won Heath Ledger his posthumous Oscar, and there’s no doubt his take on the Joker is a towering achievement of screen acting. But Ledger’s best performance actually involves him dancing along the seating of a high school football field while belting out a rendition of Can’t Take My Eyes Off You. In this skewed reimagining of Shakespeare play The Taming of the Shrew, Ledger plays bad boy Patrick Verona, who falls in love with Julia Stiles’s character after initially being paid to date her.

With endlessly quotable dialogue and an ensemble full of excellent performances – Larisa Oleynik and a very young Joseph Gordon-Levitt are one of the most adorable couples in teen movie history – 10 Things I Hate About You is a gem of 90s cinema that has a real-time capsule quality. And like all of the best teen comedies, it balances its rapid-fire humour with a vigorous emotional punch – most notably with the titular poem. 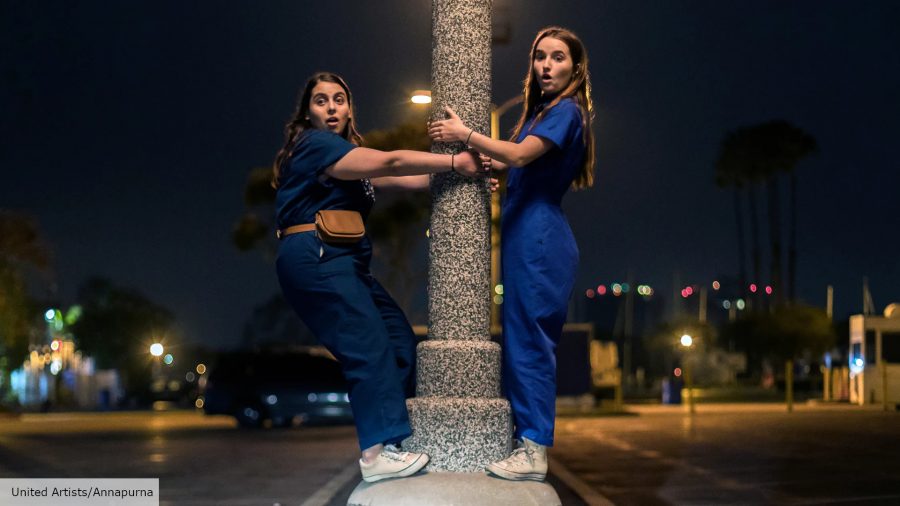 Olivia Wilde’s directorial debut showed that there’s no requirement for teen movies to be mean-spirited. It focuses on two women who are driven by schoolwork, feminism, and literature without ever pigeon-holing them as tragic nerds. Beanie Feldstein and Kaitlyn Dever are a killer double act as they vow to embrace the entirety of the hedonistic high school experience in just one night, having discovered that the hard-partying classmates they have always jeered are also heading to top colleges.

At its core, Booksmart is a story about female friendship and, although romance does play a part – including a rare and refreshing opportunity for a sex scene between two women to be every bit as awkward as a heterosexual one – it’s always secondary to the bond between Feldstein and Dever. Add to that Billie Lourd as a pampered scene-stealer, and you have the recipe for an instant classic of the art form. 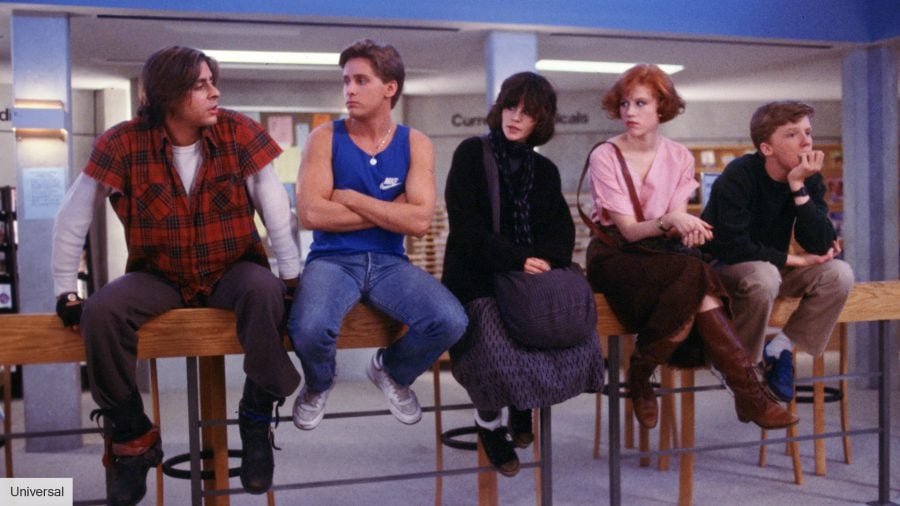 John Hughes dominated the teen movie genre during the 1980s, with films including Sixteen Candles, Pretty in Pink and Ferris Bueller’s Day Off. The pinnacle of his oeuvre during this time, though, is The Breakfast Club. By thrusting together five kids from vastly different areas of the high school hierarchy, Hughes sets the table for an exploration of teenage insecurity, power structures and stereotypes.

The movie harnesses and amplifies the charisma and star wattage of its young actors, who were all key members of the so-called Brat Pack of breakout screen personalities in the 1980s. And, of course, there’s that music-driven finale. The most memorable fist pump in history? 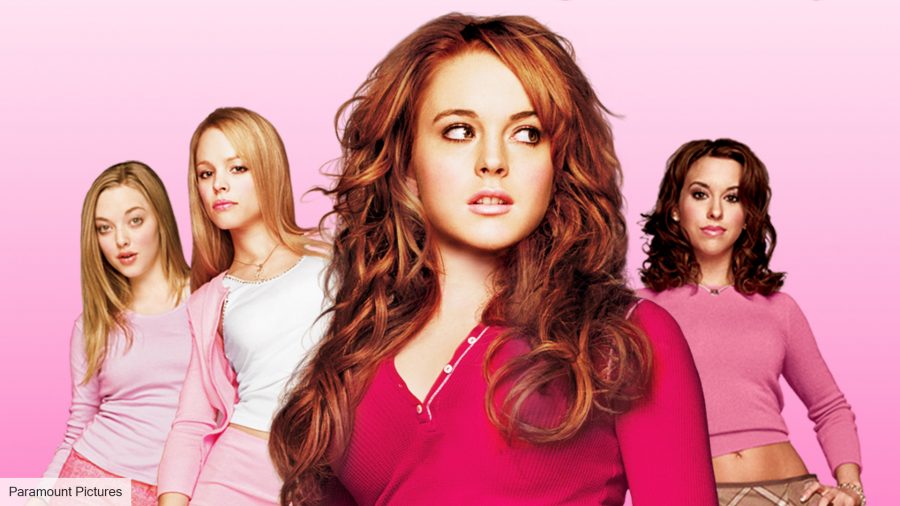 If quotability and cultural ubiquity is the measure of success, then very few movies of the 21st century can touch Mean Girls. Penned by Tina Fey, the film follows the arrival of a new girl – played by Lindsay Lohan – at a school dominated by the privileged Regina George (Rachel McAdams) and her gang of “Plastics”. Fey’s perceptive writing skewers and criticises the way girls can often pit themselves against each other rather than lifting each other up.

The movie caught its central cast members at the peak of their powers, with Lohan’s fame just cresting prior to her subsequent tabloid infamy. McAdams and Amanda Seyfried, meanwhile, remain among the most bankable female stars on the planet today. You go, Glenn Coco! 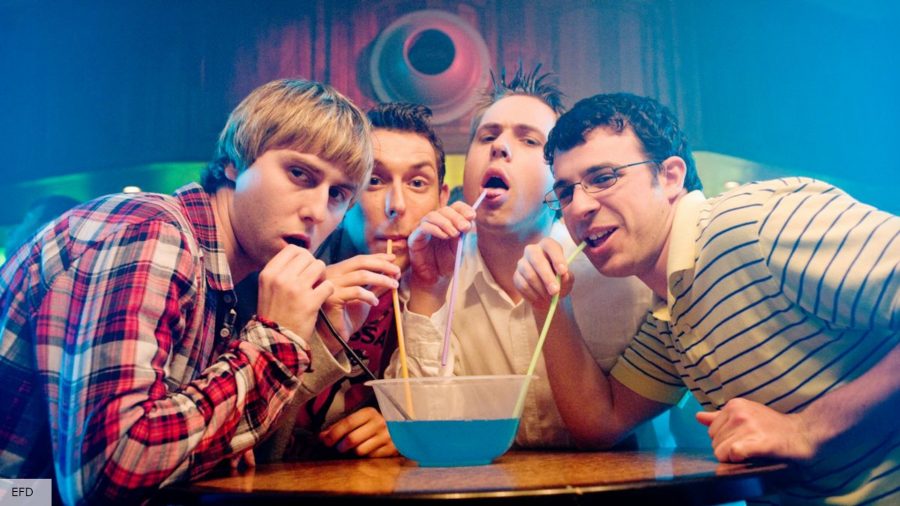 For teenagers attending British schools at the tail end of the noughties, The Inbetweeners hit about as close to home as it’s possible for any TV show to manage. Its cast of hopeless teens pursuing sex and booze with comical ineptitude found a perfect sweet spot – the characters were often awful and acted horribly, but they felt entirely real. After the third series brought the show to an end, the boys headed to Malia for a lads’ holiday in this big-screen sequel to their telly adventures.

The movie didn’t reinvent the wheel of the series at all, but the change of scenery allowed for plenty of culture clash opportunities – not least the chance to watch the characters crash and burn with a group of new women in a cavalcade of filthy set pieces and foul-mouthed banter. But part of the joy of the movie is that it allowed the boys to win, having set aside some of their more egregious flaws in order to become better people – the sort of guys with half a chance at forming proper relationships. At least until the sequel. 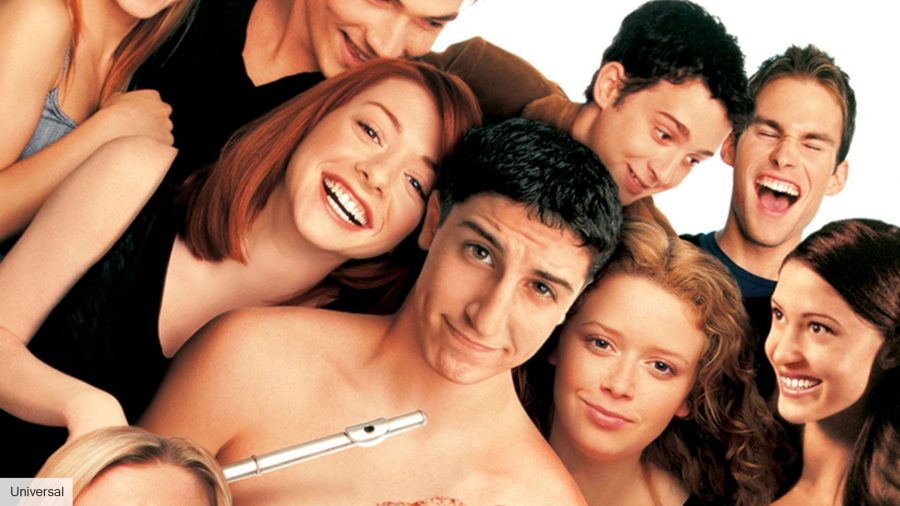 The concept of losing your virginity on prom night is, for some reason, deeply baked into American culture. It’s an idea that reached its zenith with American Pie, in which four Stateside “inbetweeners” make a pact to secure dates to prom with the aim of having sex by the end of the night. In amongst the bawdy humour and rather questionable gender politics – ’90s and ’00s comedy movies have mostly aged like double cream left on a picnic table in the sun – there’s the genuinely powerful bond between the central characters.

It’s crucial that, by the time prom night comes around, sex has become an entirely secondary concern for these men. The story may have started off as the tale of four men – and Seann William Scott’s ever-memorable Stifler – working to correct their lack of sexual success, but it ends with those four men taking on the next step of their lives as more mature versions of themselves. As ever, the sequels walked back some of this progress. 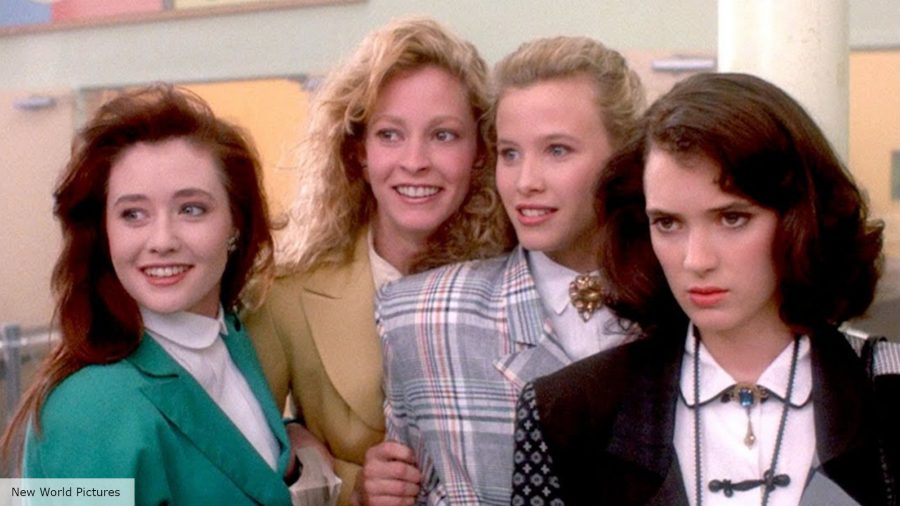 Not many teen comedies end with an enormous, fatal explosion at a high school, but Michael Lehmann’s pitch-black ’80s tale Heathers is not an average example of the genre. Winona Ryder and Christian Slater are as terrifying as they are captivating as disenfranchised high school students who stage the murders of their classmates as suicides. An acerbic antidote to a decade dominated by the aforementioned Hughes and his sickly-sweet plotting, the film packs a real punch even 30 years later.

As well as helping to cement the careers of both Ryder and the devilishly charismatic Slater, the movie also crafted its own lexicon of catchphrases and unusual slang terms – entirely made up so that the film would never date itself. They’ve since become part of the common vernacular themselves. How very. 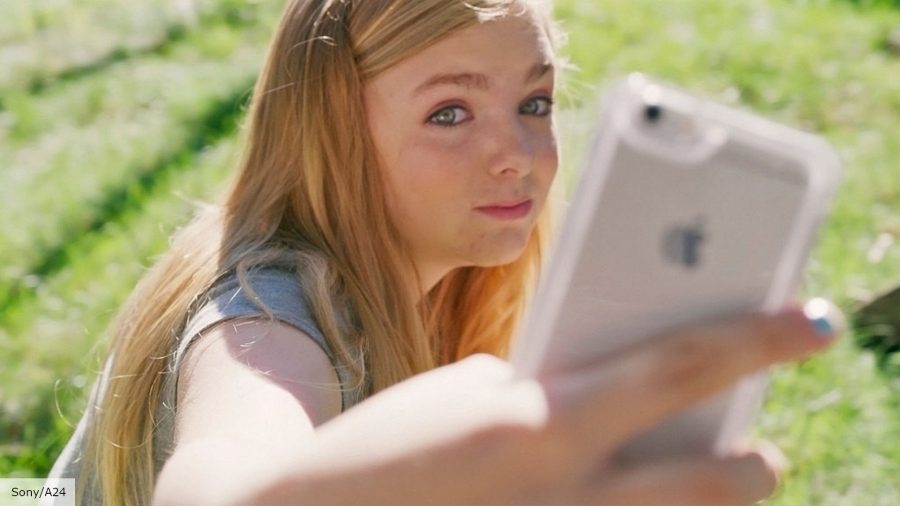 It seems strange to state that the best big-screen depiction of Gen-Z girls to date was written and directed by a middle-class white man in his late twenties. Comedian Bo Burnham’s debut feature, though, is a deeply sensitive and excruciatingly hilarious journey into the mind of a modern teenager growing up in a world that demands every facet of life be shared online for public consumption.

Unlike many movies on this list, Burnham cast an actual eighth grader as his lead in the shape of Golden Globe nominee Elsie Fisher, who shoulders the film’s unique blend of authentic comedy and relatable cringe with the skill of an actor many times her age. While the likes of Mean Girls and The Inbetweeners might have perfectly resonated with millennial culture, Gen Z now has its first equivalent. 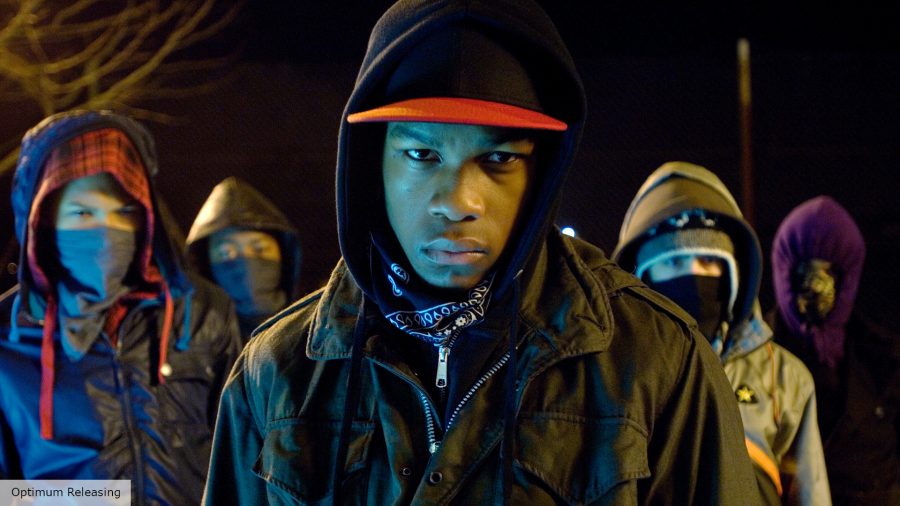 John Boyega is now best known as one of the faces of the Star Wars Sequel Trilogy but, before he was a turncoat Stormtrooper, he was the lead of Joe Cornish’s council estate sci-fi thriller. Boyega plays Moses, who leads a gang of thuggish teens right into the midst of an alien invasion. They join forces with a victim they previously mugged (a pre-Doctor Who Jodie Whittaker) in order to fight back against the ape-like creatures who have fallen from the sky.

Cornish conceived the film as an antidote to the “hoodie” moral panic of the noughties and its depictions on the big screen. It feels fresh and authentically youthful throughout, giving the characters real depth and mining comedy from the sparky exchanges between the teenage protagonists. Anyone who saw the film would certainly have known Boyega was destined for stardom, and he’s set to reprise Moses for a sequel in the near future. 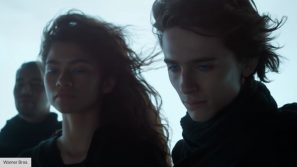 How to watch Dune – can you stream Denis Villeneuve’s new sci-fi movie?
Get involved Continue the conversation over on The Digital Fix Forum