Let’s go back to the ’80s because, hey, everyone else in the film and TV world seems obsessed with them at the moment. Stranger Things, It, and Wonder Woman 1984 have all celebrated the decade of legwarmers, shoulder pads, big hair and RPGs.

It was also a pivotal era for cinema: a high point for horror movies like An American Werewolf in London, a coming age for coming-of-age flicks such as Pretty in Pink and a game-changing time for big-screen action, with the Bond franchise redefining itself in the face of competition from an archaeologist by the name of Dr Henry Walton Jones, Jr.

There were many great films in the ’80s. But we’re not just looking at quality here. We’re looking at lasting quality. These are the films that, decades on, we still quote in social situations; that film and TV series  writers still reference and rip off; that social commentators still point to as influential. These are the films that won’t get put in the corner, baby.

What are the best ’80s movies? 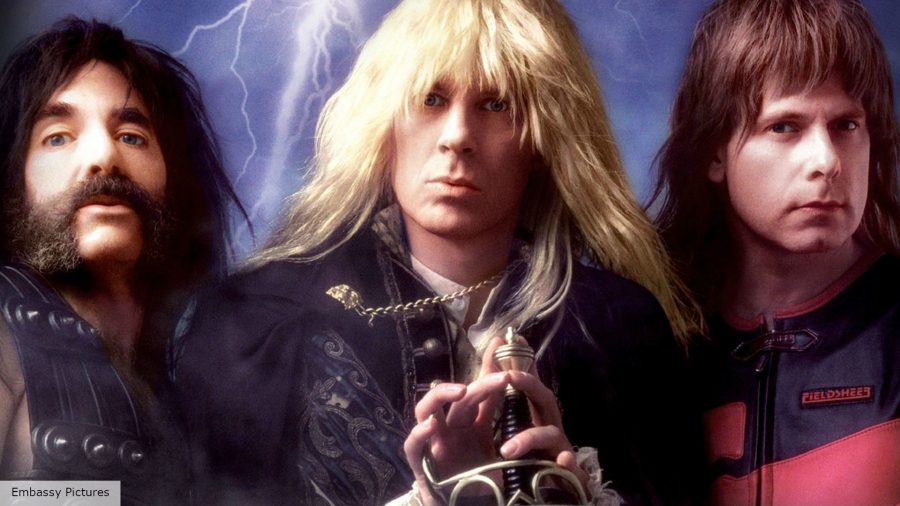 The word “mockumentary” has been around since the 60s, but the film that firmly lodged the term in the public consciousness – and also created a blueprint for faux-documentary comedies that’s still being used today – was This Is Spinal Tap. Director Rob Reiner’s fictional chronicle of an English prog-rock band has been named “culturally, historically, or aesthetically significant” by the US Library of Congress, which sounds heavy man.

But make no mistake, this is a very funny comedy movie and has also given the zeitgeist the phrase “up to 11” (“Well, it’s one louder, isn’t it?,” explains lead singer Nigel Tufnel) and drummers meeting bizarre deaths. 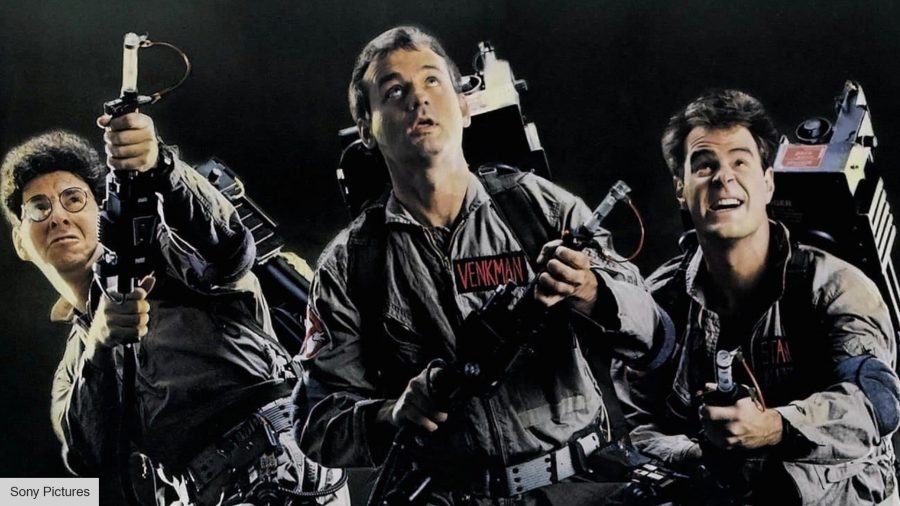 Who ya gonna call? Since 1984 there’s only been one answer to that question. And we also know never to cross the streams. Supernatural comedy Ghostbusters starred Dan Aykroyd, Bill Murray, Harold Ramis and Ernie Hudson as hi-tech, proton-packed spook exterminators in a film that matched lunatic laughs with blockbuster eye-popping effects. Ectoplasm has never been so icky, nor marshmallow men so terrifying. 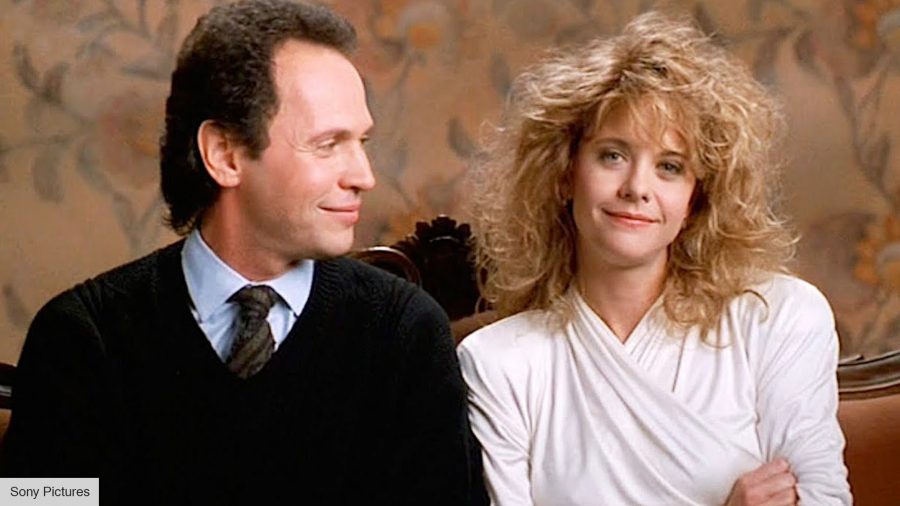 So sweet, so charming, so… subversive? To the unenlightened, When Harry Met Sally might seem like just another rom-com, but it’s so much more than that. Aside from a smart, hilarious Nora Ephron script that’s a masterclass in social psychology, and superb lead performances from Billy Crystal and Meg Ryan as friends trying to kid themselves they don’t have to be in a relationship.

I’ll have what she’s having: Best romance movies

It was also the film that changed Hollywood’s attitude to talking about sex in movies. You know what we’re talking about: when another diner watches Ryan’s character faking an orgasm in a restaurant and tells the waiter, “I’ll have what she’s having.” 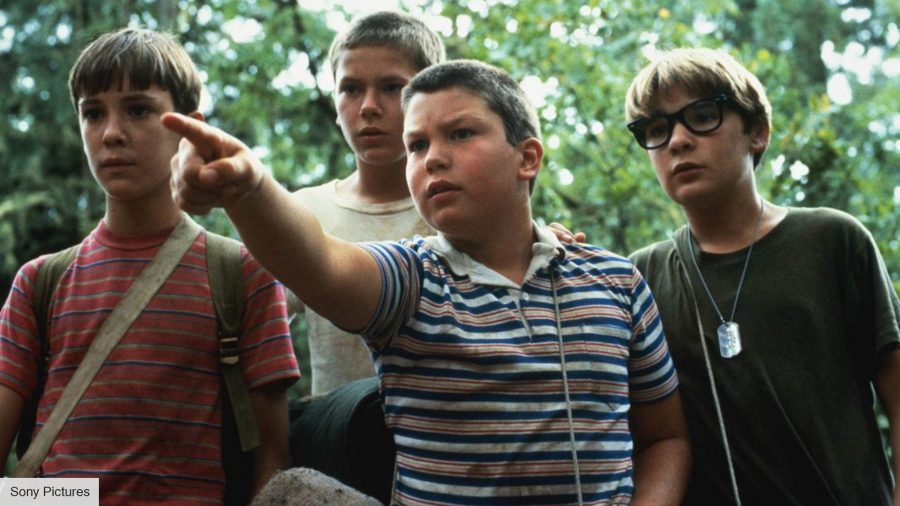 An ’80s film based on a Stephen King story that’s not horror – or rubbish – is a rare beast indeed. But Stand By Me, a coming of age road movie (well, railway track movie), starring River Phoenix as one of a motley group of boys off on an adventure to find a dead body, is an amazingly emotional and moving, yet wonderfully uplifting, character study. 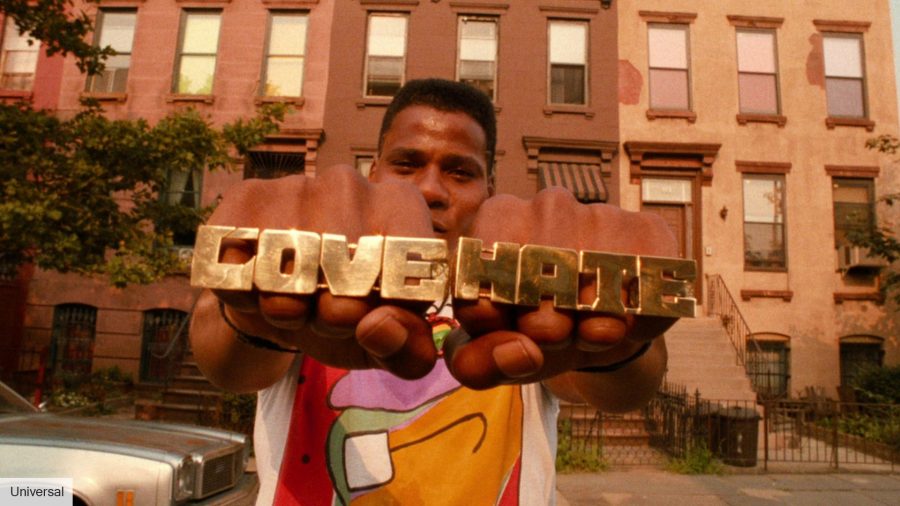 Spike Lee’s Do The Right Thing may be over three decades old now, but sadly the racial issues it raises still feel as culturally relevant as they did in 1989.

A fiery tale of racial tension igniting into all-out violence in a Harlem neighbourhood on the hottest day of the year, it boasts sparky dialogue that has lost none of its passion or power in the intervening years. A hugely influential and important movie, it’s also peppered with comedy gold: “You wanna boycott someone? You ought to start with the goddamn barber that f**ked up your head.” 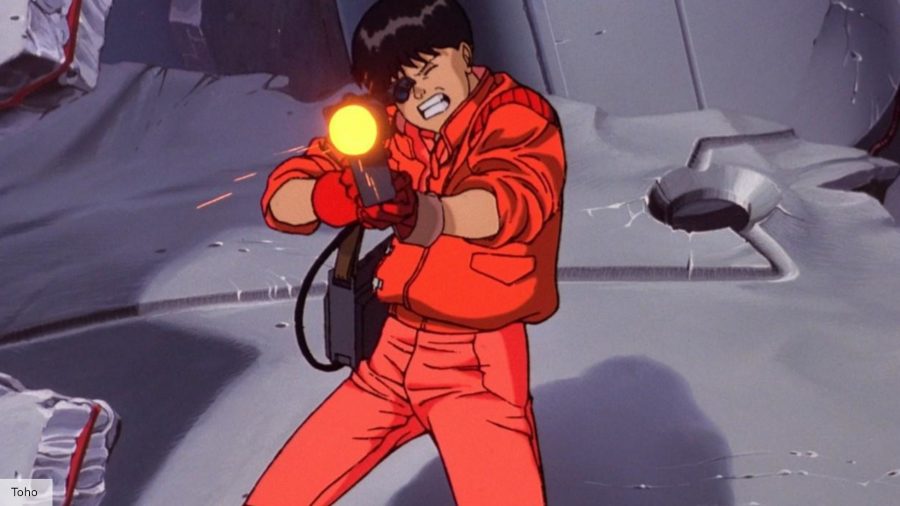 Akira is the Japanese film that genuinely made the rest of the world sit up and take anime seriously (sorry, Marine Boy – you were only ever going to be childhood nostalgia footnote in the west).

A monumental slab of apocalyptic sci-fi with designer violence and stylish, stylised action, it features mind-searing images that never fade from the memory. 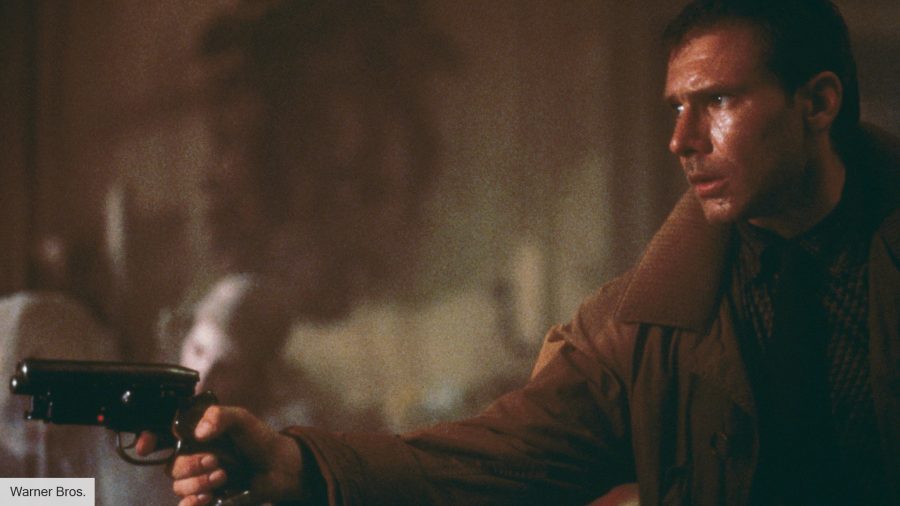 One of the films that influenced Akira – as well as about 90% of SF films made since – was director Ridley Scott’s Blade Runner. A flop at the box office, it nevertheless swiftly became the science fiction connoisseur’s science fiction movie, thanks mainly to its exquisite visuals and fully immersive world-building. Plus, Roy Batty’s dying words (written by actor Rutger Hauer), have Shakespearean resonance: “All those moments will be lost in time, like tears in the rain.” 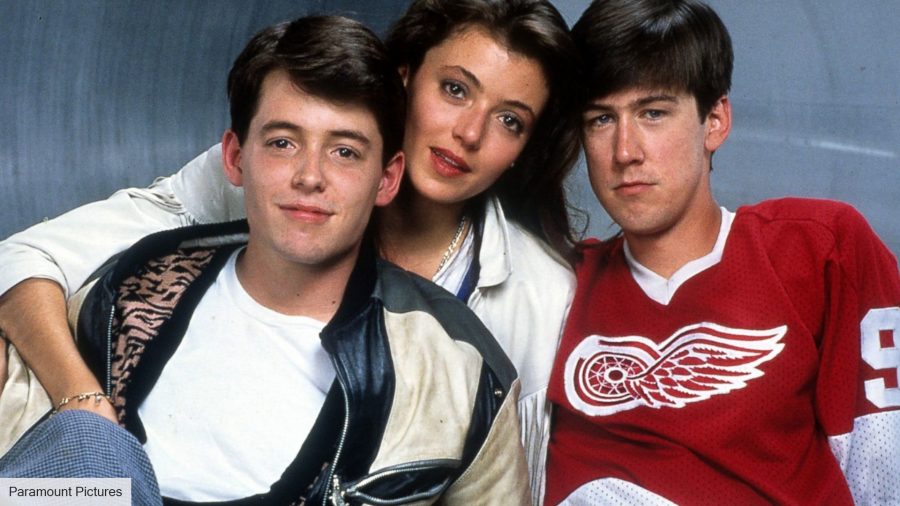 John Hughes comedies were as intrinsic to the ’80s as New Romantics, and Ferris Bueller’s Day Off was his masterpiece. Matthew Broderick, breaking the fourth wall like an embryonic Deadpool, turns skipping school into a crazy, cool adventure. It’s a breathless series of set-pieces: remember the Ferrari 250 GT California Spyder? Twist And Shout? The trampoline fence jumping? Of course, you do. Bet you suddenly feel the need to take a sickie. 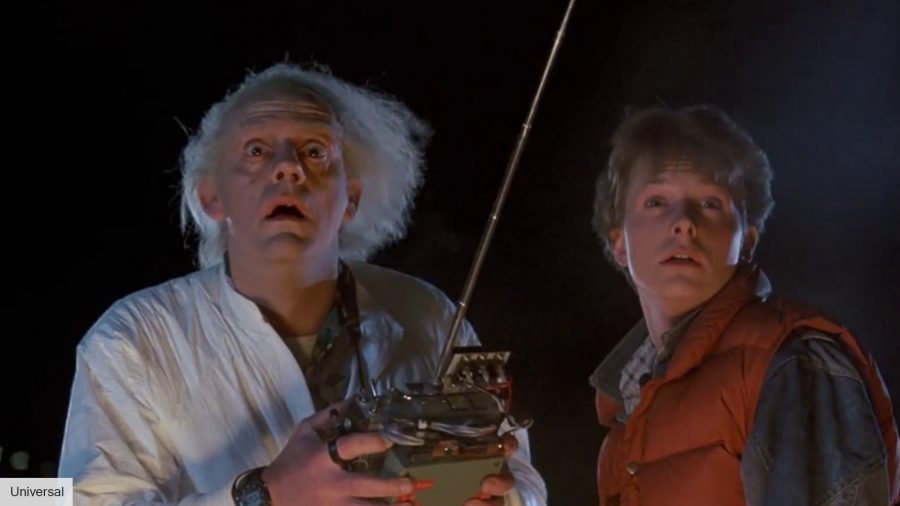 The Rolls Royce of time travel films. Not the DeLorean. Because let’s face it, no one in 2021 would know what a DeLorean was if not for this film. The Terminator (1984) may have beaten Back To The Future to the screen, but at the time, that was a mere cult hit.

It was Back To The Future that introduced blockbuster multiplex audiences to timey-wimey, twisty-turny temporal hijinks on a grand scale, even though most of them were going, “Ick, is he going to kiss his mum?” 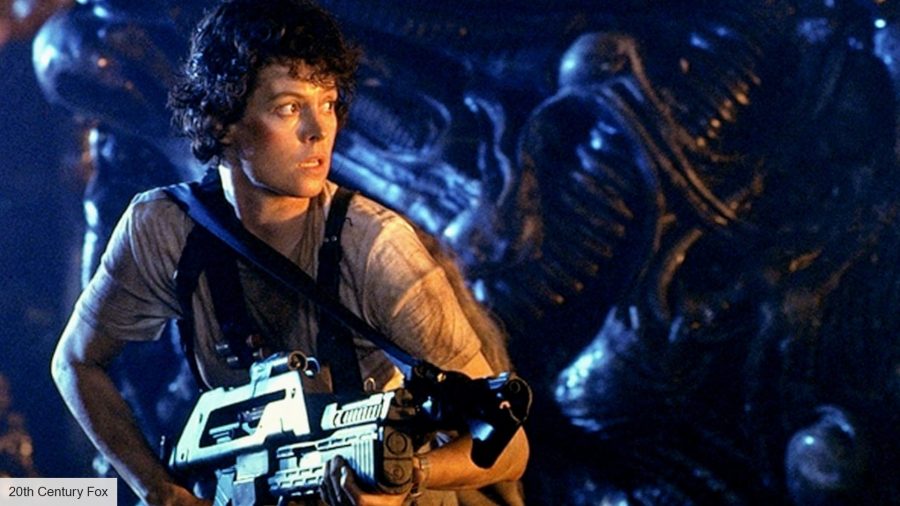 Before the ’80s, everyone knew that sequels were rubbish. The Empire Strikes Back (1980) bucked the trend, but Aliens truly upped the ante. Director James Cameron didn’t just make a follow-up to Ridley Scott’s original; he practically created a new genre.

In space, no one can hear you scream: Best Alien movies 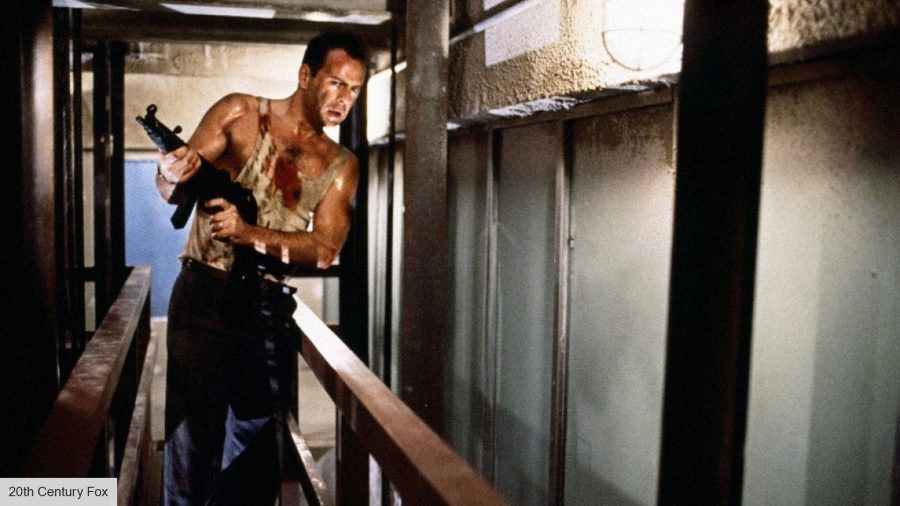 “Yippee Ki Yay, motherf**ker!” – a phrase nobody ever uttered before Die Hard, but many have since. Bruce Willis stars as the barefooted cop who has to take down some terrorists who’ve taken over a Los Angeles skyscraper. The defining ’80s action movie, it’s a witty and inventive rollercoaster ride. But perhaps its main contribution to pop culture has been, no, not providing eight seasons of Brooklyn 99 with a running gag, but getting people to endlessly argue about whether it’s a Christmas movie or not. 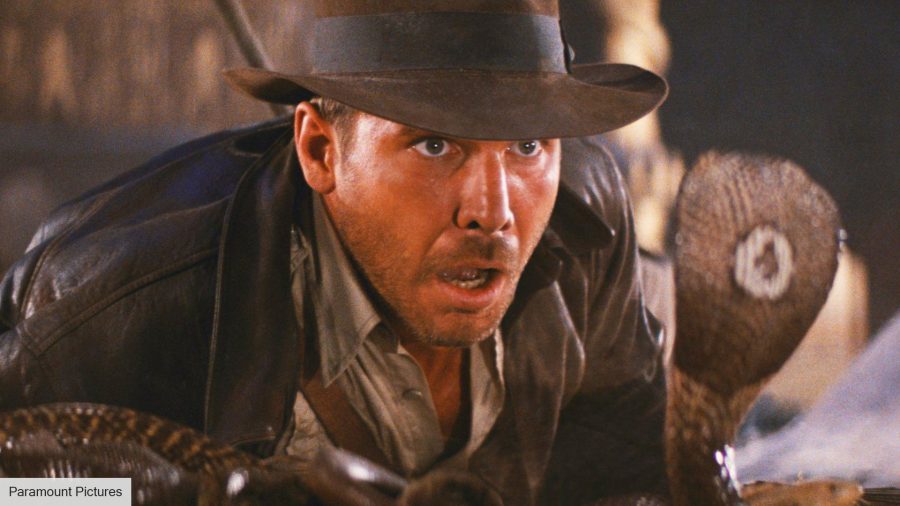 The dream team of Spielberg and Lucas combined their cinematic clout to create a franchise that was a homage to the cinema serials of the 30s and 40s. Adventurer archaeologist Indiana Jones was a role Harrison Ford took to like a geek to Dungeons and Dragons, and a cinematic icon was born.

Why did it have to be snakes? Best adventure movies

In fact, there’s barely a thing in the movie that hasn’t become iconic: the hat; the whip; “Snakes. Why’d it have to be snakes?”; the massive rolling rock; the melting faces; the triumphant music; and, of course, Indy shooting that show-off with the sword. 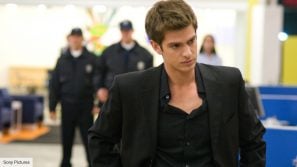