Can you smell what’s cooking? It’s Dwayne ‘The Rock’ Johnson continuing to climb his way to the top of the box office. This bald blockbuster has flexed his muscles in everything from the Fast and Furious movies to a revitalised Jumanji – making him Hollywood’s hottest property right now.

From his early days with the WWF, Johnson bucked the trend of wrestlers making the leap to the silver screen. While The Rock was arguably the first, he’s since been joined by the likes of Dave Bautista and John Cena. Although everyone from Stone Cold Steve Austin to “Macho Man” Randy Savage has appeared in movies, few have done it as well as The Rock.

While Johnson has been beavering away in the background since 2002’s The Scorpion King, it’s in recent years he’s cemented himself among the Schwazeneggers and Van Dammes as a true action movie hero. All of the above has helped him become one of the world’s highest-grossing and highest-paid actors, however, just like any megastar, some roles have been better than others. With this in mind, here are eight of The Rock’s best movies.

What are Dwayne Johnson’s best movies? 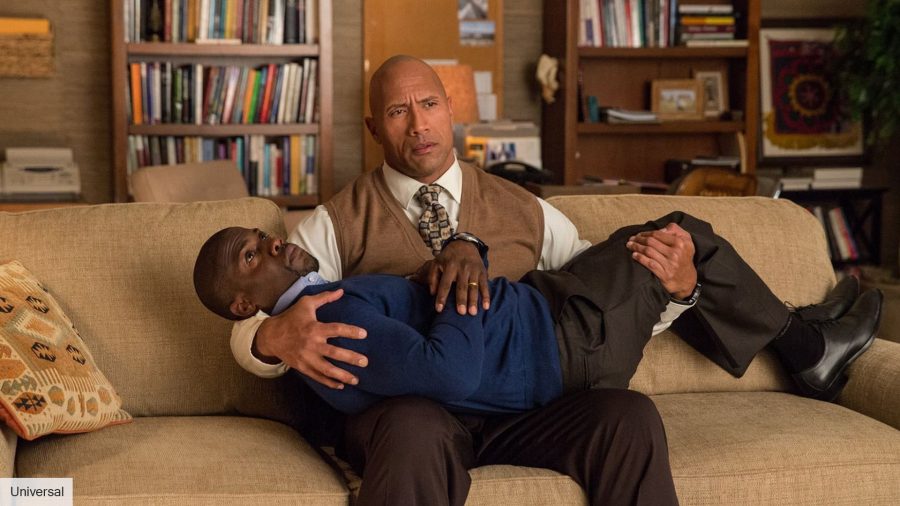 Remembered as that one where a chunkier and CGI Johnson twerked in the shower, Central Intelligence was a typical buddy comedy movie that paired The Rock with Kevin Hart. We partly think the duo were cast just for the tagline of “Saving the world takes a little Hart and a big Johnson”, but either way, it’s light-hearted humour at its best.

Neither lead is going to be winning an Academy Awards for their performances as Calvin Joyner and Robbie Weirdicht (cue sniggers), but Central Intelligence does exactly what it says on the tin. A pair of childhood friends are brought together to try and stop a rogue terrorist within the ranks of the CIA. As Hart plays the serious one, The Rock plays up to the camera as the fanny pack-loving doofus. 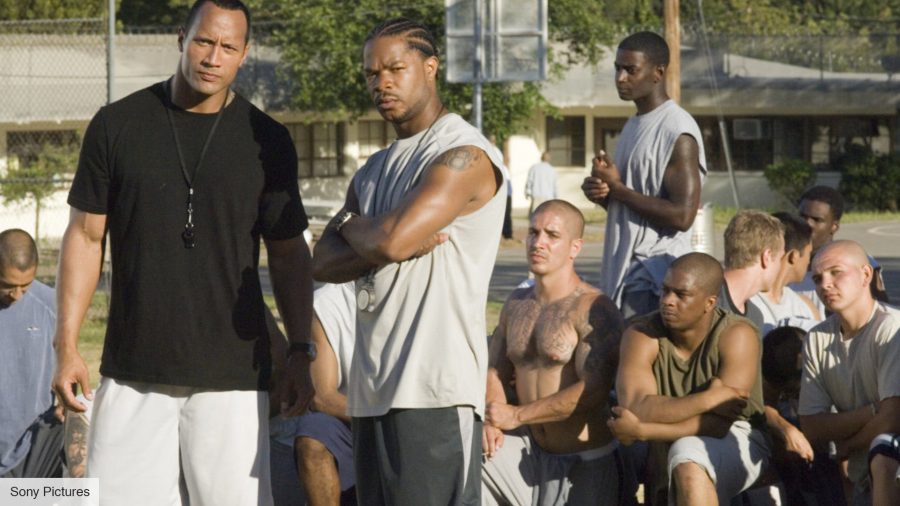 Effectively doing for The Rock what The Blind Side did for Sandra Bullock, Gridiron Gang proved Johnson has the acting chops for something more serious. There’s the usual hybrid of correctional facilities and sports teams, meaning Gridiron Gang is largely a retooled version of The Longest Yard.

Packed full of inspirational quotes for Johnson to chew through, Gridiron Gang tells the story of the Kilpatrick Mustangs during the 1990 football season. Johnson plays a corrections officer whose heart is as big as his muscles, and although it’s a sometimes soppy affair, Gridiron Gang shows that The Rock isn’t just that guy who can spout one-liners. Better yet, Johnson doesn’t rely on his signature eyebrow raise. 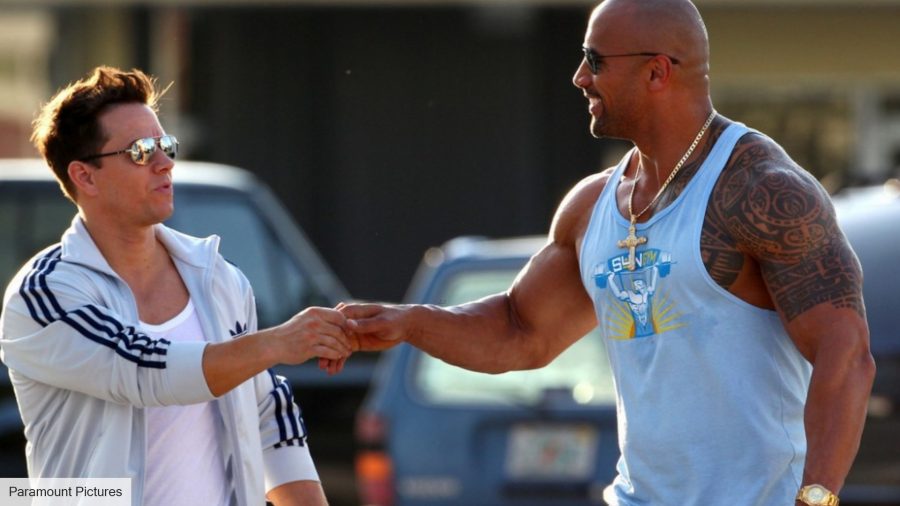 Loosely based on a true story of bodybuilders and kidnapping, Pain & Gain oozes Michael Bay from its very core. Effectively a beefier version of Baywatch, Pain & Gain features an all-star cast of Johnson, Anthony Mackie, and Mark Wahlberg all doing their bit. However, it’s The Rock’s role as the coke-obsessed Paul Doyle that’s an easy winner.

It doesn’t take long for Doyle’s newfound Christian morals to slip, with the second half of the movie featuring Johnson as a comedic (and typically blunt) muscle of the group. Even though the trio of leads all have their part to play, the mere promise of pairing The Rock with a Michael Bay movie is sheer explosive brilliance. 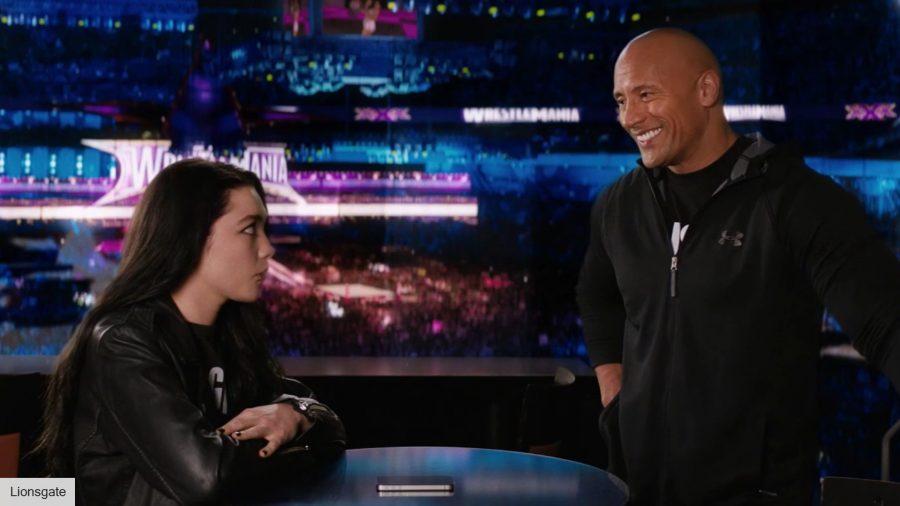 When it comes to someone playing The Rock, there’s only one man for the job. Portraying a meta version of himself, Johnson played second fiddle to Florence Pugh’s brilliant turn as Paige – still, he threatened to steal the limelight. It’s only a small cameo, but with Fighting with My Family telling the real-life story of the WWE, it makes perfect sense for Johnson to pop by for some counsel.

The bizarre combination of Stephen Merchant as director, Lena Headey and Nick Frost in the cast, and Johnson as a producer shouldn’t work, but somehow, it does. Wrestling movies are few and far between, but Fighting with My Family excels with The Rock at its side in this underused sub-genre. 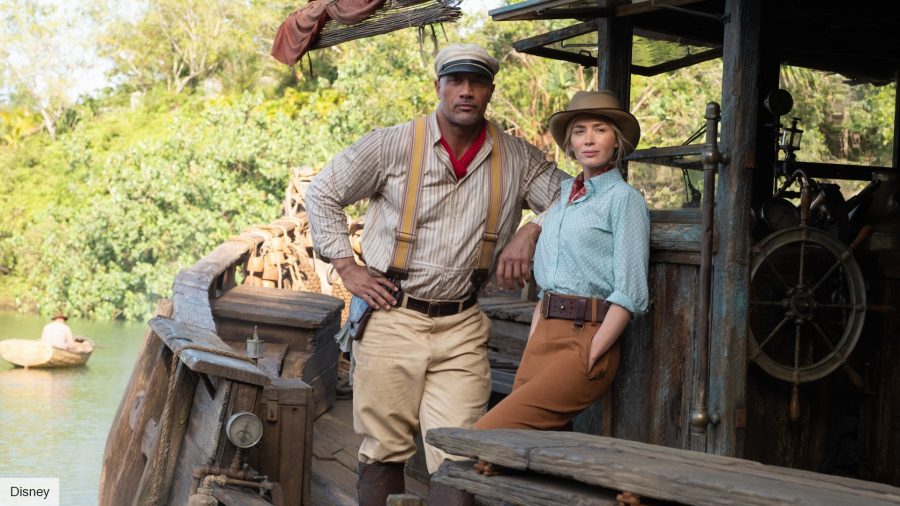 Although there will be comparisons to Jumanji, Jungle Cruise does its best to differentiate itself as a very different story. Bringing the legacy of a legendary Disneyland ride to the big screen is no easy task, while Jungle Cruise had been in the works since the success of Pirate of the Caribbean: The Curse of the Black Pearl. Way back when, Tim Allen was attached as the lead, but we’ve got to admit, Johnson’s action hero status is probably a better fit.

Flexing his muscles as steamboat skipper Frank Wolff, Johnson is in his typical typically wheelhouse, but that doesn’t make his performance any less memorable. Jungle Cruise might not be The Rock’s best, but with particular praise being given to the chemistry between him and co-star Emily Blunt, this is one family-friendly outing for a post-pandemic weekend. 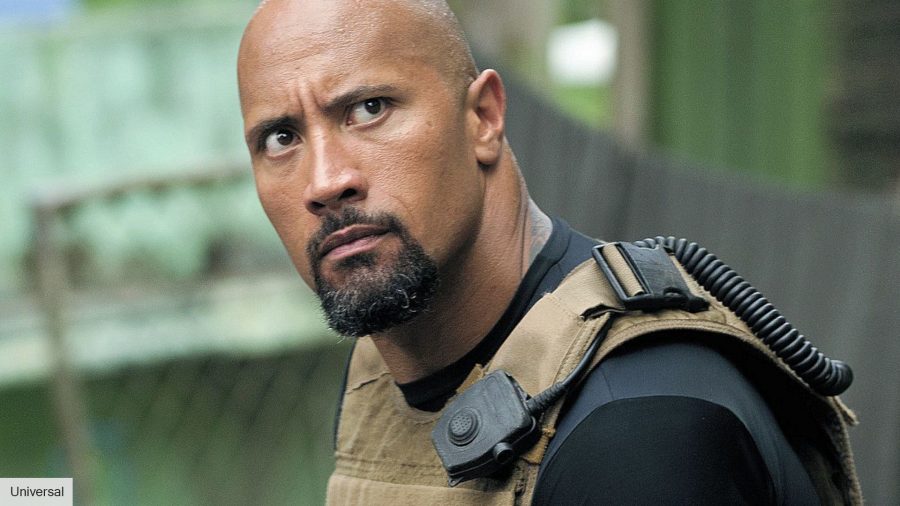 While any number of Fast movies could land Johnson on this list, it’s his first foray into the franchise that rightly earns the crown of his “best”. The 2011 blockbuster is universally held as the one where the Fast franchise jumped the shark – for better or for worse.

In Fast Five, Johnson played the antagonistic Luke Hobbs, as a DSS agent hot on the tail of Dom and the gang. Although the precedent of Fast villains evolving into heroes of the team has become a laughable premise, Hobbs was the first to break bad. Even though Johnson claims he’s done with the action series thanks to his ongoing feud with Vin Diesel, it’s hard to imagine these vehicular juggernauts without The Rock at the forefront. 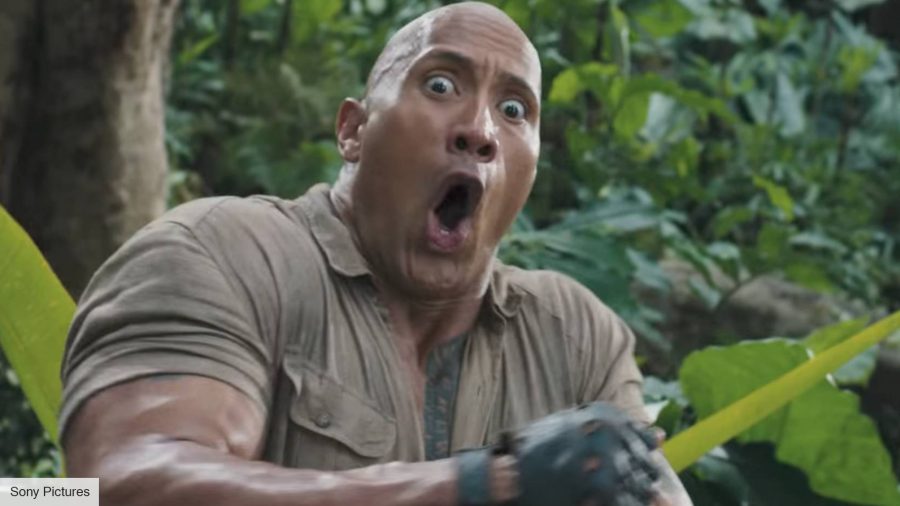 Helping level up The Rock’s career, his current trajectory to the top can largely be traced back to 2017’s Jumanji: Welcome to the Jungle. As the smouldering Dr Xander ‘Smolder’ Bravestone, Johnson also pulls double duty as the mild-mannered Spencer Gilpin. Part of what makes Welcome to the Jungle one of The Rock’s best is the fact he balances the typical macho man of Bravestone and a neurotic high school outcast.

Despite some fans wondering if we needed a Jumanji sequel, the adventure movie did its best to honour the legacy of Robin Williams’ ‘90s classic while branching out on its own. There was more of the same for 2019’s The Next Level, and with hopes of a third movie, expect Johnson to return to help lead this reinvigorated trilogy. 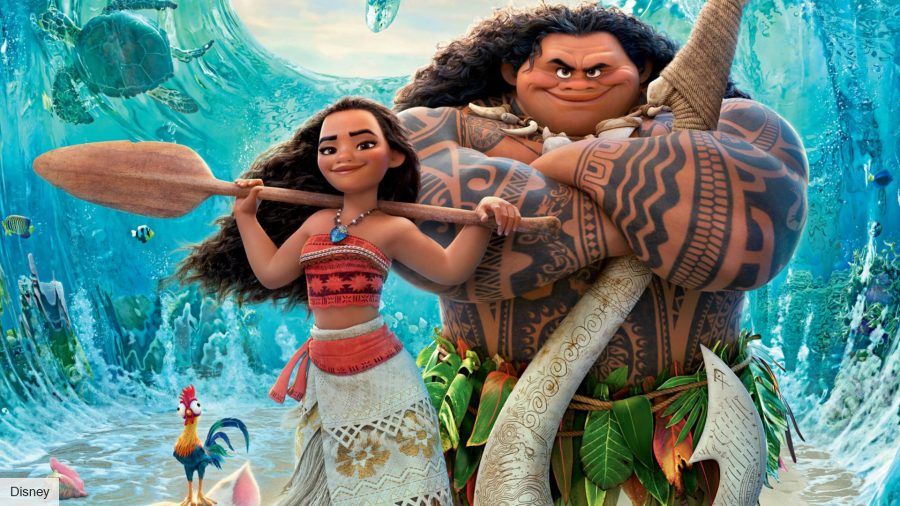 Once upon a time, the House of Mouse left its CGI movies to the experts at Pixar. With everything from Tangled to Frozen showing how it’s done, Moana also marked a milestone with the studio’s first Polynesian princess. As we set sail for the shores of Hawaii, it was a match made in heaven for Johnson to play demigod, Maui.

The House of Mouse: The best Disney movies

With its toe-tapping soundtrack and The Rock’s rendition of ‘You’re Welcome’ being a clear highlight, Moana dived deep into the lore of the islands and swept the competition away. This dashing demigod soon learned the error of his ways, and although there’s Johnson’s usual cocky persona, there’s a whole heart beneath the surface of Maui. All that’s left to say is “you’re welcome” that you get to enjoy The Rock’s very best. 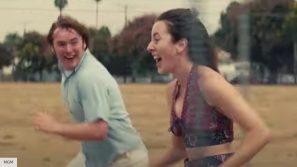