Based on the Marvel comics of the same name, Chloé Zhao’s Eternals is a high budget spectacle full of personal drama and stunning visuals. Telling the story of ten different immortal superheroes and their time protecting Earth, this film is one of Marvel’s most ambitious endeavours to date. However, between multiple character storylines, and a couple of pacing issues, you can’t help but wonder if a story as massive as Eternals is actually suited for the big screen?

That’s right, even in the colossal world of the Marvel Cinematic Universe, full of lore and even a looming multiverse, Eternals still feels like a massively vast entry in the timeline. The action movie spans over several centuries, offers new insights into space and time, and even recontextualises the big bang itself. Written by Zhao, Patrick Burleigh, Ryan Firpo, and Kaz Firpo, the film follows a group of humanoid ‘aliens’ called Eternals, who serve ancient beings named Celestials. We are introduced to an ensemble of wonderfully unique and diverse characters, who each hold their own extraordinary talents, such as super strength, mind control, and healing abilities.

On the order of the “Prime Celestial” Arishem, the gang of powerful ‘heroes’ comes to Earth to help civilisation flourish and destroy monsters called Deviants who are inhibiting civilisation’s advancement. However, keeping the peace and maintaining the balance of the universe proves to be more complicated than they originally thought, and after seven centuries of living among humans, the Eternals must question the purpose of their original mission and their very existence.

Structured as a fractured narrative, the film constantly switches from present-day to flashbacks of the past, in order for the movie to convey the amount of history the group have experienced together over the centuries. However, the central conflict and plotline driving the Eternals happen exclusively in the present day – where half of the Earth’s population has now returned following the events of Avengers: Endgame.

The actual story of this massive film follows the Eternal Sersi (Gemma Chan), who is now working at a museum with her very mortal boyfriend, Dane (Kit Harington). After noticing strange earthquakes and facing a new Deviant, which were previously considered extinct, Sersi travels the world to re-assemble the Eternals, including her ex-boyfriend Ikaris (Richard Madden). While reuniting with her old comrades, Sersi learns that Earth’s returned population after Thanos’ snapping antics have kickstarted something called “the emergence”, which will destroy the planet if not stopped.

Now facing a race against time, Sersi continues gathering her friends in hopes that they can band together once again to save the world. While she is globetrotting, we also uncover more of the Eternal’s past and interpersonal drama via flashbacks. We witness the gang of immortals’ experienced history. We see the heroes in an exciting, morally ambiguous light in these moments as they watch colonialism and war unfold from the sidelines silently.

These flashbacks add extra context and provide some beautifully touching personal moments to the movie. However, besides building up Sersi’s and Ikaris’s romantic past, the flashbacks don’t add much momentum to the immediate story itself, feeling at times like dramatic filler as opposed to offering actual insights. It should be noted that while these personal reflections are taking place, another three plotlines are working in tandem. Besides having to save the world from the “emergence”, the Eternals find themselves hunted by an evolved Deviant who can steal their powers, Sersi uncovers the truth about Arishem’s mission, and Sersi and Ikaris must deal with their lingering feelings for one another. 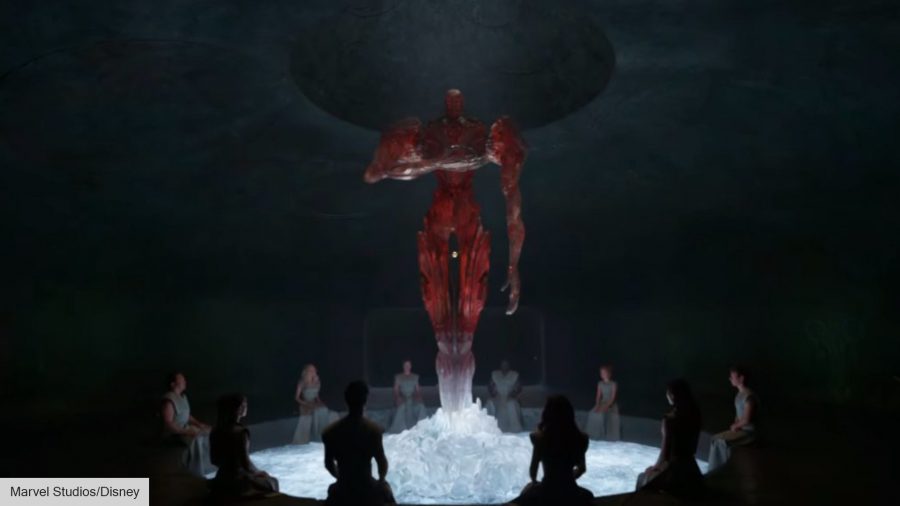 As you can see from that very, very brief summary, there is a lot going on in Eternals. Its fresh but jam-packed story proves to be both its appeal, making it stand out as a unique superhero movie, as well as its downfall as it simply takes on too much to truly be a hard-hitting film. While it is exciting to see Marvel show us heroes who will let humans destroy themselves – as interfering in any non-Deviant issues isn’t part of their mission – you can never fully appreciate the new superhero dynamics brought up in Eternals as our attention is spread too thin. With so much story, it seems as if Eternals is better suited as a TV series as opposed to a two-hour feature.

Zhao works to make us care about all the ten main Eternals, crafting a backstory for each. However, Sersi, as our lead, feels lacklustre in contrast to some of the other characters, who are shown to be just as important as her. In many ways, it feels as if the film is so focused on unpacking each character that it forgets to craft tension and to actually get on with the story – stopping the emergence. Eternals Thea (Angelina Jolie) and Phastos (Brian Tryee Henry) are shown to be more complex and captivating as characters than our chosen lead, and the battles with the Deviants feel like afterthoughts in the massive scope of the story.

It’s a pity that the huge take on adapting the Eternals for the big screen just missed the mark since the acting in this film is some of the best seen in a Marvel movie, period. Every actor leans fully into their role, managing to portray the darker and emotional taunt side of immortality. Henry and Jolie especially stand out as dramatic drivers in the film, haunted by their past in fascinating ways. At the same time, Kingo (Kumail Nanjiani) and his manager Karun (Harish Patel) give us a perfect display of comedic timing and chemistry. 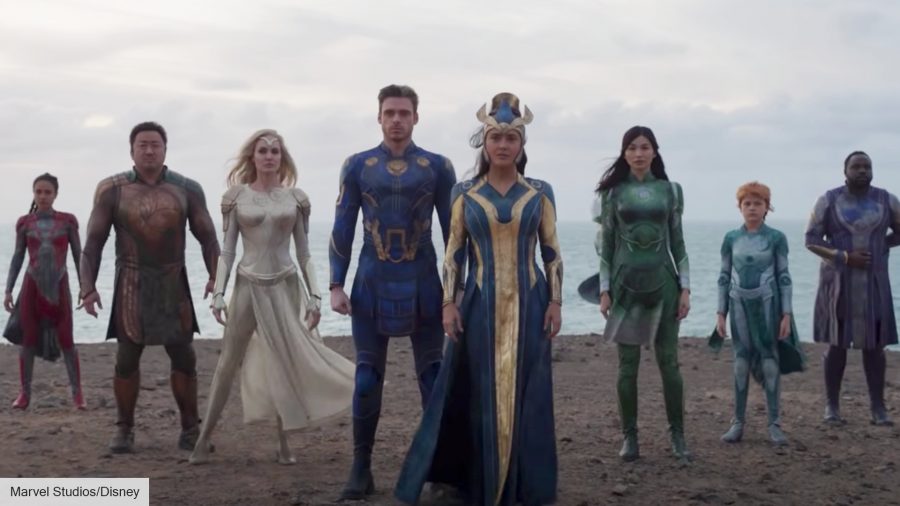 Marvel should be applauded for taking risks. However, Eternals proves that pacing and thoroughly adapting your source material for a feature film are the true keys to success – you can’t rest on fresh ideas alone. There are plenty of good ideas here, singular moments to love and appreciate. But at the end of the day, the writing for Eternals trips itself up, and the giant well of storylines, characters and themes strangles the film – preventing it from reaching its potential as something truly special. Still, it is a flick worth seeing and offers a fresh discussion on morality and superheroes that we haven’t seen Marvel approach before.

Chloé Zhao’s Eternals is an ambitious and fresh Marvel movie but never really finds its stride.