A winning blend of fantasy and action spectacle, Shang-Chi and the Legend of the Ten Rings is a fun and exciting action movie that’s as thoughtful as it is thrilling. Directed by Destin Daniel Cretton, the film stars Simu Liu as the titular “master of kung fu” Shang-Chi, who, when we meet him, is living under the pseudonym, Shaun. Shaun spends his days working as a valet in San Francisco with his best friend Katy (Awkwafina) and his evenings going out and singing karaoke.

However, his peaceful life comes to an end when he’s attacked by the deadly mercenaries of the Ten Rings, who’ve been dispatched by his father, the merciless warlord Wenwu (Tony Leung). Forced to flee, Shang-Chi sets off on a globe-trotting adventure that sees him reunite with his estranged sister Xialing (Meng’er Zhang) and eventually confront not just his father’s legacy, but also his mother, Jiang Li’s (Fala Chen).

When it was announced that Marvel planned on developing Shang-Chi as their first MCU movie featuring an Asian lead character, there was some concern. The character’s comic book origin leaned heavily on Asian stereotypes surrounding martial arts and mysticism. There were fears that Hollywood, which has spent the last few years copying the homework of East Asian cinema, would once again appropriate something that wasn’t its to take.

Thankfully, Shang-Chi manages to avoid falling into this trap thanks to the deft work of those in front of and behind the camera. It was wise of Marvel to cast Hong Kong cinema veterans Tony Leung, Fala Chen, and Michelle Yeoh, and also to hire a director who clearly understands the genre of film he’s making.

I was impressed with the way Daniel Cretton managed to blend a sincere appreciation for Chinese wuxia cinema with the early chaotic action movies of Jackie Chan, while not neglecting the nuanced character work that his previous films, 2013’s Short Term 12 and 2019’s Just Mercy, are known for. 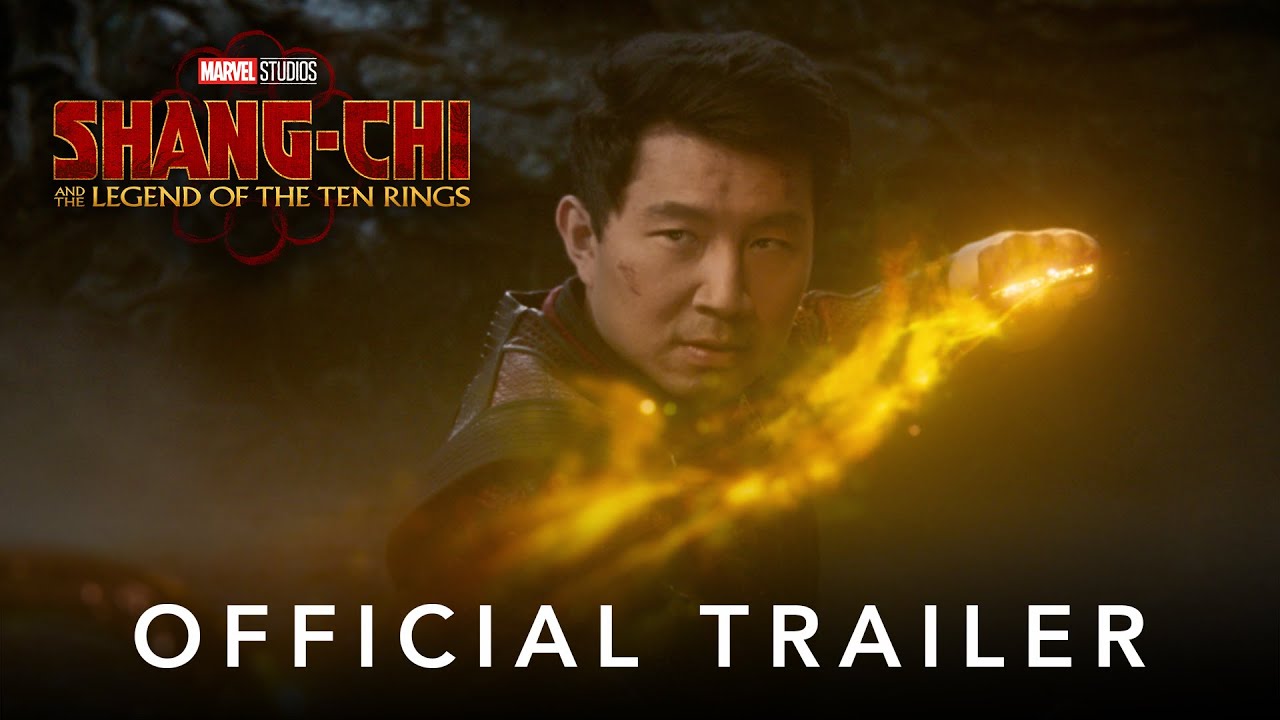 On the fight scenes, they are spectacular. Stunt coordinator Brad Allan (who passed away before the film premiered and to whom it’s dedicated) has done terrific work in creating kinetic, dynamic fight scenes that actually serve to move the story forward. It’s hard to say which set-piece is my favourite in a movie packed with impressive action sequences, but the fight on the bus early in the film shares the most DNA with Chan’s work.

Seeing Liu use the environment around him as a weapon to outsmart his opponents who have the edge on him physically reminded me of the infamous ladder scene in Chan’s First Strike. So often, in lesser action movies, there’s a flatness to these moments. They serve less as story beats and more as scene filler designed to pump up the run time. Here though, there’s a tonality to these fistfights. They’re funny, thrilling, or emotional, depending on what the scene needs.

It helps that, for the most part, the editors (one of whom is Nat Sanders, a frequent Destin Daniel Cretton collaborator) have done away with the annoying habit in modern action movies to have frequent cuts and edits. This technique is supposed to make the action sequences seem fast and aggressive but, more often than not, just makes the scene confusing and disjointed.

Instead, they allow us to watch the fight play out from a more static angle and rely on the performers’ skill to create a sense of excitement, or at least they do until the third act. Yes, while the first two acts buck the usual trend, I must admit that while still thrilling, the third act lost me slightly with its overreliance on computer-generated spectacle. 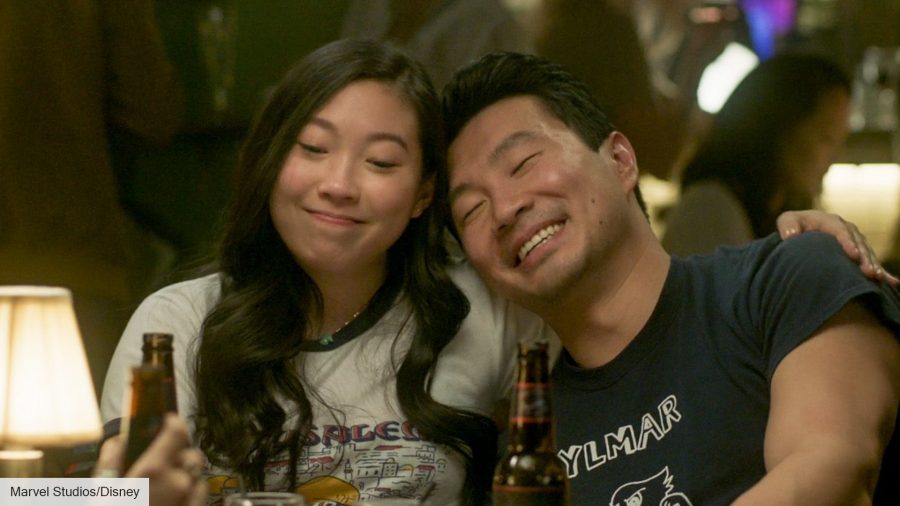 Speaking of our performers, Liu does an incredible job with the character of Shang-Chi. It would have been very easy to make him a one-note stereotype, but he’s so much more than that. He’s warm, funny, and conflicted. Liu brings a lot of the character he plays on Kim’s Convenience, Jung, to the role of Shang-Chi. Both characters have a natural charm, a slight aversion to responsibility, and complicated relationships with their fathers. I really enjoyed what Liu brought to the role, and I’m looking forward to seeing him interact with the wider Marvel Universe.

The supporting cast is also all excellent, although the standout was Awkwafina. I don’t think I’ve seen an Awkwafina performance yet where she hasn’t stolen the show, and her character Katy, who starts like so many ‘sidekick’ characters, goes on one of the film’s more satisfying arcs. That said, if I had to name a favourite character, it would be Tony Leung’s, Wenwu, who I’ve no doubt will go down in Marvel history as one of the series standout villains. He’s a character of contrasts. He’s hideously cruel, incredibly loving, and terribly frightening all at the same time.

Ultimately though, this film stands out from other Marvel origin movies because of its meaty subtext. This is a film about intergenerational trauma and how parents, both living and dead, shape their children. In the relationship between Wenwu and Shang-Chi, we see what happens when familial love is corroded by grief, it turns toxic, and even those with the best of intentions can hurt those they love.

More than that, though – as someone who lost a parent before they were fully formed as a person – Shang-Chi’s relationship with his lost mother really spoke to me. It’s bad enough to feel that you’re not living up to your potential, but when the person you most want to impress is gone and can’t tell you they’re proud of you, it’s even more difficult. 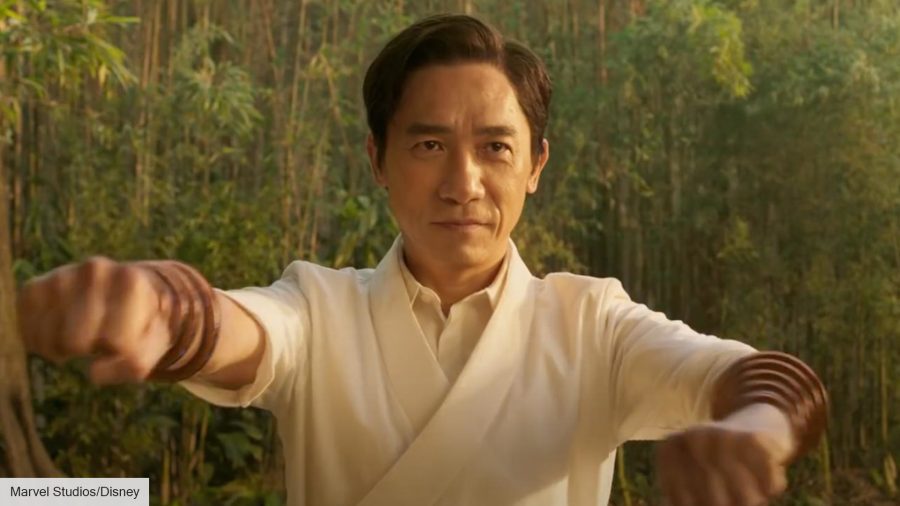 Speaking from personal experience, it’s easy to build up the person you lost to monumental proportions and feel that you’re still letting them down no matter how much you achieve. I’ve never quite empathised as much with a comic book character like I did with Shang-Chi.

I know he’s a fictional Asian martial arts master, and I’m most definitely not any of those things, and perhaps I’m projecting my own feelings onto the film. Still, it was rewarding to see Shang-Chi realise that as much as we’re a product of our parents, we’re also our own people who can move past their real and imagined expectations.

Shang-Chi and the Legend of the Ten Rings review

4
Marvel Hasbro Shang-Chi and The Legend of The Ten Rings The Great Protector Dragon Figure, Action Toy for Kids Ages 4 and Up