Disney is hosting a Disney Plus Day in November, and it’s celebrating by adding some TV series and movies to the streaming service. One new addition will be Olaf Presents, a bunch of shorts led by our favourite talking snowman from the animated movie Frozen.

Given the animated series is tied to a full event of news and reveals, not a lot is known right now. Disney says it’ll be a bunch of retellings of popular Disney movies, but with an Olaf twist. What specific films? We don’t know, nor do we know who’s involved in producing it, or how long the episodes will be. We do have a title card treatment, which you can see below.

This isn’t the only drop confirmed for that day, nor is it the only Frozen-related release either. Shang-Chi and the Legend of the Ten Rings, the latest movie in the Marvel Cinematic Universe, is coming to Disney Plus that day, just in time to watch before Eternals, and Frozen Fever, the first Frozen short, will be available too.

Expect all sorts when Disney Plus Day occurs on November 12. Marvel Phase 4, Star Wars, new Disney originals, sequels, everything is likely to get a look during the presentation. One hotly tipped announcement is the premiere date for Ms Marvel, which was delayed into 2022 with no set release window.

Given the popularity of Frozen, it stands to reason Disney would continue to capitalise on the kids movie. Since coming out in 2013, Anna, Elsa, Olaf, and reindeer Sven have become indelible parts of the House of Mouse’s brand. So far we’ve gotten one direct sequel , 2019’s Frozen 2, and going by this announcement, we can expect more.

Frozen itself is available on Disney Plus now, and Shang-Chi and the Legend of the Ten Rings is in theatres worldwide. 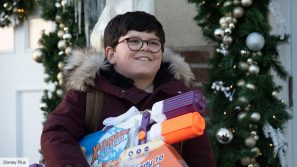 Home Alone reboot gets first trailer, internet is not impressed
Get involved Continue the conversation over on The Digital Fix Forum