Looks like we’re waiting for Ms Marvel and The Mandalorian season 3. During an investors call, the Star Wars and Marvel Cinematic Universe shows were nowhere to be found in mentions of 2021.

Both are highly anticipated among fans in their respective franchises, and in Ms Marvel’s case, the initial release window was expected to be this year. However, in an earnings call for quarter three of the fiscal year, via Alex Zalben, managing editor of Decider, Disney executives listed many of the major releases on streaming service Disney Plus for the remainder of the year. Sadly, the conspicuous absence of the Marvel Phase 4 miniseries, and the return of Pedro Pascal’s Mandalorian, appears to say it all.

Concerns of a shift in Ms Marvel’s schedule began to rise when it was revealed that Hawkeye would premiere on Disney Plus in November. That doesn’t leave much room for another big release before 2022, and sure enough, it seems like it’s been shunted. Introducing the teenage hero Kamala Khan, Ms Marvel is about Kamala getting her powers, and will lead into The Marvels next year with Brie Larson’s Carol Danvers.

Not much is known about The Mandalorian season 3, and we’re actually getting a spin-off this winter instead. The Book of Boba Fett, featuring the returned bounty hunter, and Ming-Na Wen’s Fennec Shand, is coming this December, though no definitive date has been given just yet.

The Book of Boba Fett and Hawkeye both coming out later this year. No mention of Ms. Marvel or Mandalorian Season 3.

Between The Bad Batch season 2 and Ahsoka Tano, there’s plenty to look forward to from a long, long time ago, and a galaxy far, far away. Shang-Chi and Spider-Man: No Way Home will keep the MCU ticking over, too, but it’s disappointing all the same. 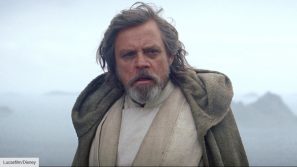