Those in the Marvel Cinematic Universe may have forgotten who Peter Parker is — but we certainly haven’t. On Monday January 17, The Hollywood Reporter reported that Spider-Man: No Way Home became the fourth highest-grossing film of all time. The action movie reportedly surpassed Black Panther to finish the day with $702.6 million in ticket sales.

According to The Hollywood Reporter, No Way Home — which saw the return of an array of classic Spider-Man villains — is currently eighth on the all-time list of top-grossing films worldwide. As of Monday, it approximately has north of $1.63 billion in revenue globally. Below, as provided by The Hollywood Reporter, is a list of the ten highest-grossing films at the US box office.

Please note that these figures have not been adjusted for inflation.

Reportedly, due to a large number of men in the 18-34 age bracket watching the movie in theatres, No Way Home is the first blockbuster to hit pre-pandemic-level numbers. Social distancing measures and lockdown restrictions meant that a lot of would-be theatrical releases were limited to streaming services instead, however, No Way Home opened just in cinemas.

Spider-Man: No Way Home is still in theatres. For those desperate to see more pictures of Spider-Man on the big screen once again, you don’t have long to wait. Spider-Man, Across the Spider-Verse (Part One),the animated sequel to 2018’s Into the Spider-Verse, is set to hit theatres on 7 October 2022. 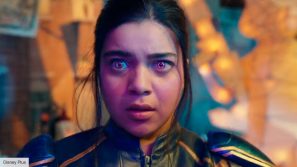