Who is Kate Bishop? The TV series Hawkeye on Disney Plus introduces a new archer to the MCU, a big fan of Clint Barton who wants to be just like her favourite sharpshooter. Portrayed by Hailee Steinfeld, Kate is part of the next generation of the franchise, a fledgling Avenger starting her superheroic journey.

Though she might be new to many viewers of the sci-fi series, Kate is firmly established within the Marvel canon. First introduced as a Young Avenger, where she became a popular member of the teenage team, she would go on to be a fan-favourite in one of the most beloved Marvel Comics runs of the 2010s.

In fact, Hawkeye draws heavily from said run, and Marvel’s plan appears to be slightly reversed in terms of Kate’s overall character arc. In any case, we’re here to give you some background on Clint’s protegé – her background, powers, and where you can expect to see her end up as the universe continues to grow. This is everything you needed to know about Kate Bishop.

Who is Kate Bishop in Marvel Comics?

In the comics, Kate is one of the Young Avengers, and an understudy of Clint Barton who adopts the moniker of Hawkeye. She was introduced in Young Avengers #1, by Allan Heinberg and Jim Cheung, where she saved the group from a fire. In the next issue, she and Cassie Lang, daughter of Scott ‘Ant-Man’ Lang, track down the Young Avengers hideout, and essentially declare themselves members.

She creates a homemade costume, and becomes the new Hawkeye, with the other teammates being Hulkling, Patriot, Speed, Vision, Wiccan, and Stature – who’s Cassie’s alter-ego. Most of these now exist in some form or another in the MCU, but we’ll come back to that.

Eyes on the prize: The best thriller movies

The reason she’s able to strong-arm her into becoming an Avenger is because of her dedicated training regiment of archery, swordplay, martial arts, and other skill-sets that make her extremely agile on the field. When she was a child, she was kidnapped by the criminal leader El-Matador, but saved by The Avengers. Of the heroes involved, she became taken by Clint Barton’s Hawkeye, one of the few completely human heroes whose talents came from hard work and intense focus. 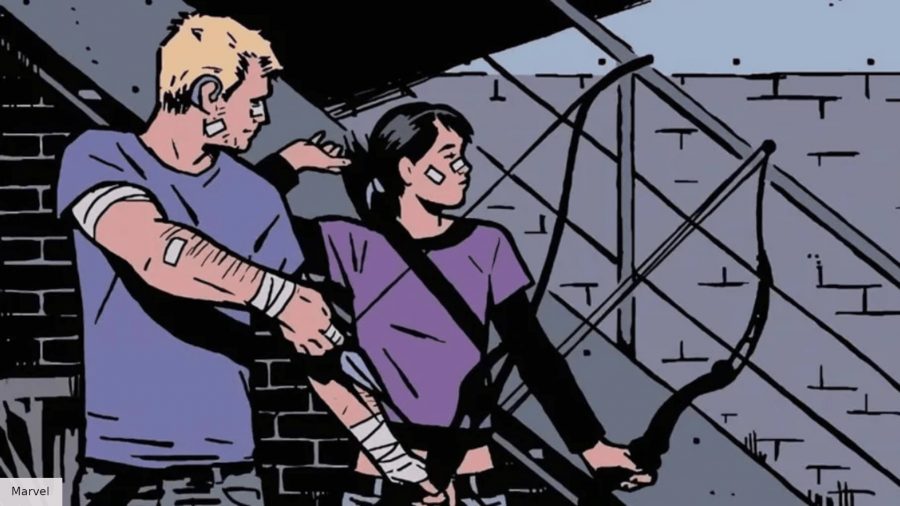 She decided to emulate her literal hero over years, eventually becoming proficient enough to start competing in the leagues of Marvel superheroes. Her background contributed to this too – she comes from a wealthy New York family, but was disillusioned by all her privilege, wanting to be more hands-on with changing the world.

Few things allow for impacting the world of Marvel than being an Avenger, and she continued to be a diligent and valued part of that team for some years after her introduction. Then, in Matt Fraction and David Aja’s Hawkeye run starting in 2012, Kate comes into her own with Clint.

Fraction and Aja’s story focuses on the pair as street-level heroes, fighting crooks like the Tracksuit Mafia. Their powers and overall relationship remains the same, only we see them get more bruised and battered, taking time to heal and recuperate. It’s very similar tonally to the Marvel Netflix TV series, bringing more grounded energy than Infinity Stones and Stark Tech and the sort.

The Disney Plus show borrows a lot of that energy, keeping its world-building concise and tight. Exactly the kind of situation Clint and Kate tend to thrive in. 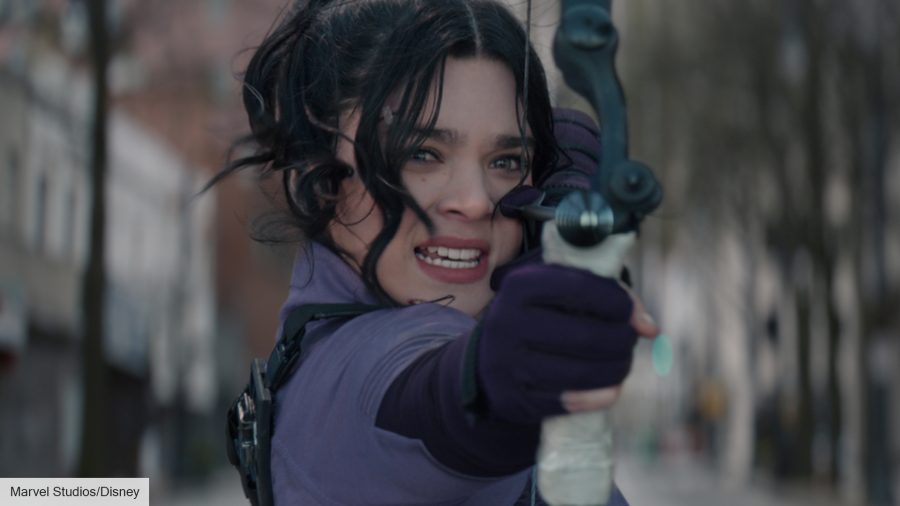 Who is Kate Bishop in the MCU?

Much of Kate’s backstory has been maintained in her translation to live-action. She’s still part of a wealthy, urbanite New York City family, who live in a high-end Brooklyn apartment, and her skills come from her acumen in archery and other combat training.

Two key parts have been altered: she now witnessed Hawkeye save her during Loki’s invasion of New York City in The Avengers, and she’s not a Young Avenger yet. In Hawkeye, she grows up worshipping Clint, wanting to become like him and save people. But she has no other heroic friends, and there aren’t any younger teams to join – yet. The plot of the series occurs when she tries to go her own way as the new Hawkeye, and Clint winds up helping her. 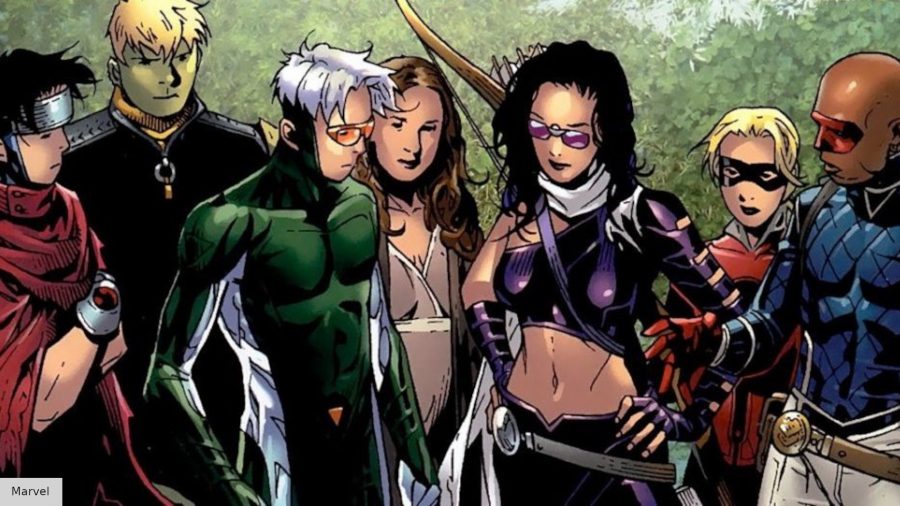 Is Kate Bishop a Young Avenger?

Yes, her history is firmly rooted in the team of younger, cooler superheroes. If you’ve never read any Young Avengers, they’re all teenage or young adult versions of the heroes we know, like Iron Lad, Hulkling, and so on. It’s becoming increasingly apparent this is going to be part of the Marvel Cinematic Universe, and soon.

There’s Kate, obviously, and then we have Florence Pugh’s Yelena, the new Black Widow. Speed and Wiccan are Wanda and Vision’s two boys from WandaVision, and that post-credits scene suggests we’ll see them in Doctor Strange 2. Sylvie is still alive as of the Loki ending, Patriot was introduced in The Falcon and the Winter Soldier, Riri Williams is coming in Black Panther 2 as Ironheart, and Cassie Lang was conveniently aged up courtesy of the five-year time-jump between Avengers: Infinity War and Avengers: Endgame.

To save you counting, that’s seven members. That’s one more than during The Avengers in 2012! Yeah – we see what you’re doing Marvel Studios and Disney, and that’s without including Ms Marvel. Watch this space, and keep one eye on our guide to Marvel Phase 4, too.