Sometimes, viewers get exactly what they wish for, and that can be the most perfect punishment of all. A whole new season of Joe Goldberg creeping us out in the best way possible is our punishment and we can’t say we don’t love it. But when can we expect him?

Netflix TV series You shocked viewers with season one as we watched Joe, a bookstore manager slash serial killer unravel as he develops a disturbing obsession with a woman called Guinevere. After picking it up from Lifetime, the streaming service Netflix saw a huge success with the first season as streamers indulged in the show with over 40 million member views in its first four weeks on the site. Off the back of that, there was a season two and now, we’re eagerly awaiting more.

Well, the wait is almost over. Season three was announced by Netflix in 2020, so there’s lots for us to talk about. We’ve put together everything we know so far about You season 3 from speculation around the release date, the returning and new cast members, and the plot that we can look forward to getting deep into the psychological thrill of this time around.

What is the You season 3 release date?

Netflix has confirmed that You season 3 will premiere on October 15, 2021. This was revealed by a trailer that has star Penn Badgley monologue over a wedding cake being deliciously prepared and served.

“A boy is not what we expected,” he says, icing methodically slathered on a sumptuous cake. “And I would be lying if I said the thought of a mini-me was purely exciting, and not without challenges.” 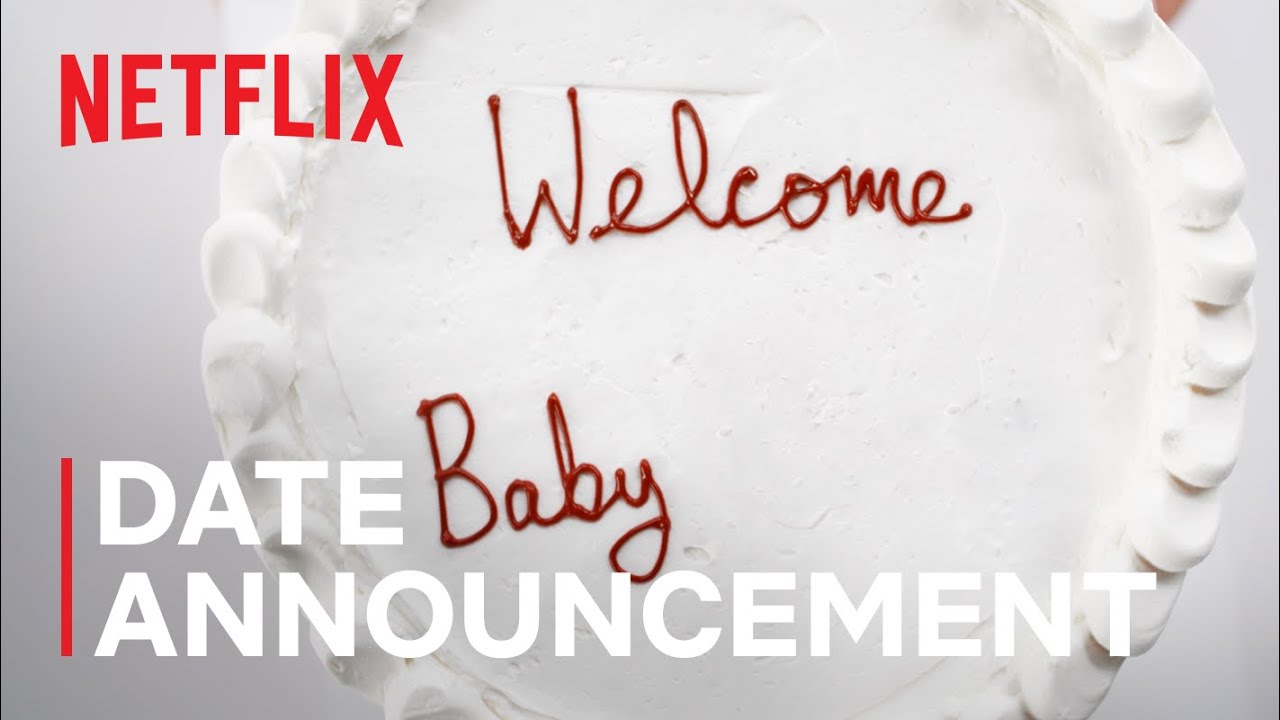 Previous to this, the You Twitter account announced season 3 officially wrapped in April 2021. To mark the event in true You fashion, they posted this image of Badgley lounging on his actor’s chair, aptly labelled, stalker.

don’t worry we have eyes on joe at all times. happy S3 wrap 🧢 pic.twitter.com/IriRlToUc2

The October date lines up with the window revealed during a 2021 earnings interview, when co-CEO, Ted Sarandos, said that You would return in Q4 of 2021.

“And what happened in the first part of this year is a lot of the projects we’d hoped to come out earlier did get pushed because of the post-production delays and the Covid-19 delays in production and we think we’ll get back to a much steadier state in the back half of the year,” he said. “Certainly in Q4 where we’ve got the returning seasons of some of our most popular shows like The Witcher and You and Cobra Kai.”

What’s the You season 3 plot? 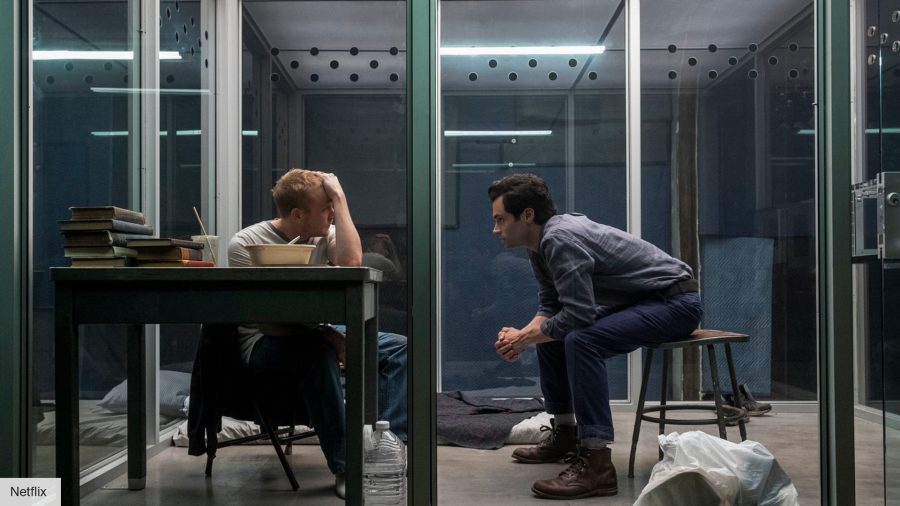 Season one saw Joe Goldberg, a bookstore manager in New York, develop an obsession with aspiring writer Guinevere Beck. It all seemed kind of low-key at first but it ramped up throughout the season with Joe using social media to stalk and fuel his infatuation with Guinevere to a disturbing level.

There’s some spine-chilling flashbacks around Joe’s ex-girlfriend Candace as well as his childhood, a locked box, and ultimately the unravelling of Joe and Guinevere relationship that left viewers very unsettled.

In season two, Joe has moved to Los Angeles and changed his name to Will. He finds a new obsession in Love Quinn who (spoiler alert!) turns out to be just as bad as him. By the end of season two, we learn that Love knows both about Will’s past as well as that she herself has committed murder too.

She also reveals that she’s pregnant with Will’s baby and so they head to the suburbs to start an ordinary life, as ordinary as can be expected for a couple like these two. The season ends on another cliffhanger with Will peeping through the fence at a possible new target. 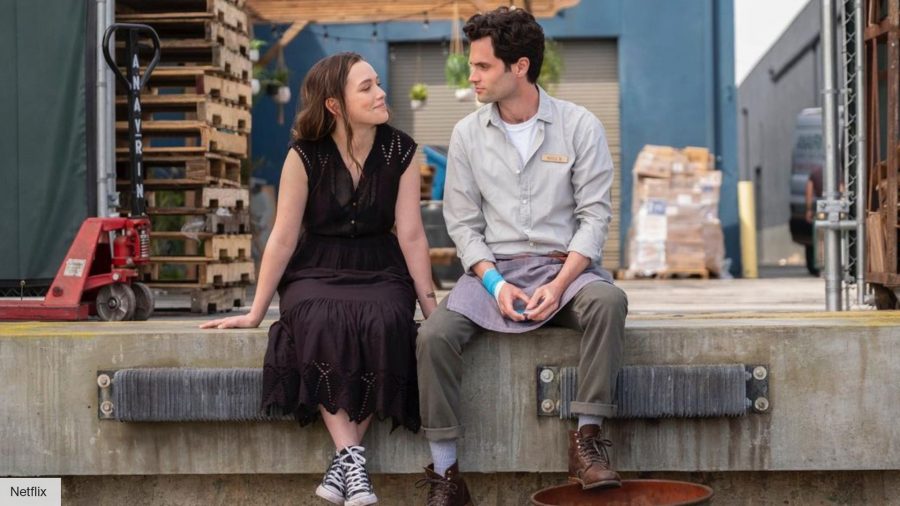 So, we have new character leads and a new plotline to follow as season three steps in to pick up on a literal Love child as well as a possible new target of obsession for Joe. And showrunner and co-creator Sera Gamble divulged to The Hollywood Reporter a little more about season 3 and what to expect.

“I think to me, the most important thing about that last scene is just it is confirmation that Joe is still Joe in a way that’s not going to be great for Joe. That he has not learned that he cannot just keep looking for the next person to attach his hopes and dreams to that way,” she said. “It seems clear that he’s falling into some version of that same pattern. I can’t say that we know exactly what a season three would be, but I can say things won’t go well for Joe.”

And who is this woman through the fence? Well, Penn Badgley ruled out a particular fan theory during an interview with Bustle. “She’s definitely not his mom,” he told the outlet. “I can say that.”

You is an adaptation from the books of Caroline Kepnes and book three, You Love Me, was published in April although the show has veered off the path with book two. Caroline’s also reportedly working on book four already so there’s potential for a lot more seasons to come.

Who is in the You season 3 cast? 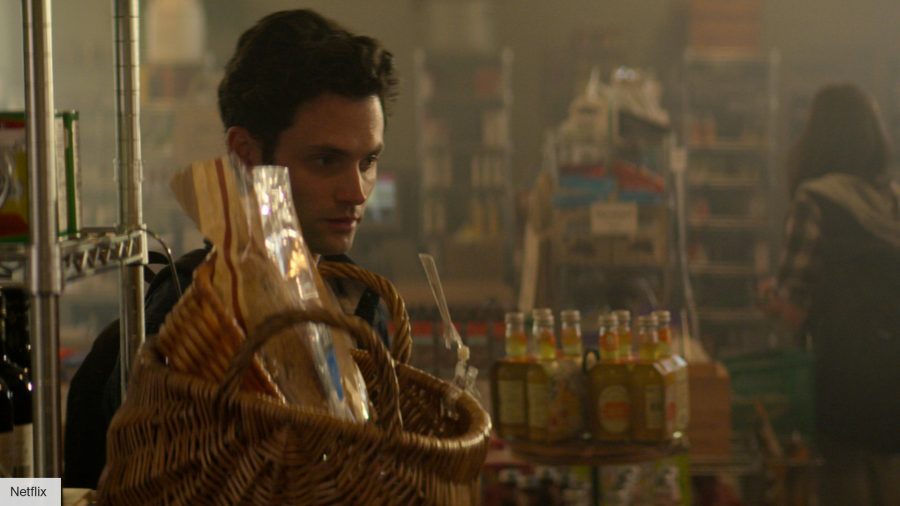 Viewers will be pleased to know that of course, the returning cast includes Penn Badgley as protagonist Joe Goldberg aka Will Bettelheim, Victoria Pedretti as Love Quinn and
Saffron Burrows as Dottie, Love’s mother.

According to Netflix though, there’s also a huge line-up of new characters that will be joining the cast in season 3:

Jack Fisher as ‘Little Joe’ posted on Instagram about his time on set.

And it may not be the last we’ve seen of some of the season one and two characters as showrunner Sera Gamble also told The Hollywood Reporter that there’s always room for old characters to come back. “One of my favourite things to do is bring back a dead person to haunt you,” Gamble explained. “So, the door is wide open for everybody’s favourite characters.”

So, that’s everything we know for now. Be sure to check back for updates that we’ll post as soon as we hear. If you want to know more about more upcoming Netflix shows like Stranger Things season 4 or The Witcher season 2, we’ve got you sorted on those too.