Starring Charlie Hunnam as the titular character, the movie follows Arthur, the lost son of the deceased King of the Britons. After pulling out a magical sword from a stone, Arthur must face his birthright and reclaim the throne for the sake of England’s future. Alongside Hunnam, the film’s star-studded cast includes Jude Law, Eric Bana, Aidan Gillen, Djimon Hounsou, Annabelle Wallis, and Tom Wu. However, the A-list actors couldn’t save King Arthur: Legend of the Sword from the critics. The film bombed at the box office, losing Warner Bros a total of $153.2 million, and it scored only 31% on Rotten Tomatoes. But it seems like the Hollywood failure has now been given a second chance, thanks to Netflix.

King Arthur: Legend of the Sword is now sitting in the top ten bar on the streamer’s platform in the US, behind popular TV series like Squid Game and You season 3. Its placement is shocking, given its past reception. The movie has now officially passed some of the platform’s more acclaimed films, such as Ridley Scott’s Oscar-Winning picture Gladiator in popularity.

This is just the latest case of overlooked flicks finding a new stride on Netflix. Earlier this year, the science fiction movie Real Steel, which also received mixed reviews on its release, snagged a spot in the top ten bar. We are curious to see if other movies will get a second chance on the streamer and if this is the start of the trending bar being taken over by films in general.

Netflix’s top ten list has recently been dominated by TV shows. However, with the success of King Arthur: Legend of the Sword, Zack Snyder’s Army of Thieves releasing on October 29, and Red Notice coming to the platform soon – it may just be the beginning of the movie take over for the streamer’s algorithm. 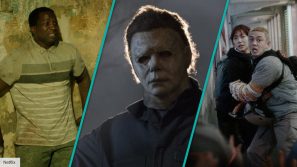