How do I watch the Thor movies in order? Thor, the Prince of Asgard and the God of Thunder, is one of the Marvel Cinematic Universe’s greatest heroes who fought valiantly alongside the Avengers against threats like Ultron, Thanos, and even his own brother Loki.

However, Thor wasn’t always so heroic. When we first met him, he was a bloodthirsty boor who was desperate to prove himself in battle. He even went so far as to risk war with the Frost Giants in his effort to impress his father. Over time, though, Thor mellowed out, becoming far more humble and eventually growing into a man (Editor: should that be god?) fit to be a king.

But how did Thor go from a hot-headed godling to a wise old deity? Well, to find out, you’ll have to watch all the Thor movies in order, but where do you begin? Well, worry not, dear reader. We’ve gone through every film Thor appears in (including the shorts), so you can track his development across all the MCU movies.

How do I watch the Thor movies in order? 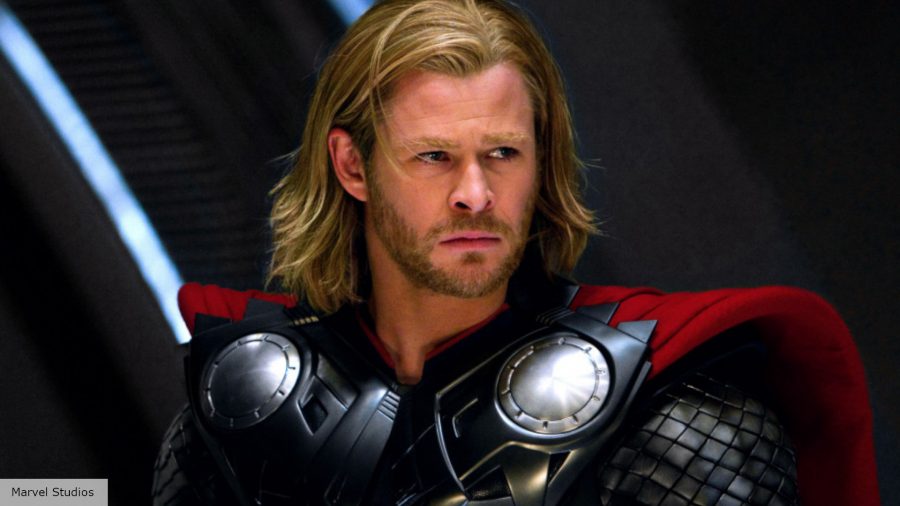 Directed by Kenneth Branagh of all people, Thor serves as an origin story for the character and sees the arrogant prince of Asgard (Chris Hemsworth) banished to Earth after nearly starting a war with the Frost Giants.

While on Earth, Thor meets Jane (Natalie Portman), learns the value of humility, becoming worthy of his hammer in the process, and returns to Asgard to prevent his brother Loki (Tom Hiddleston) from overthrowing Odin (Anthony Hopkins). 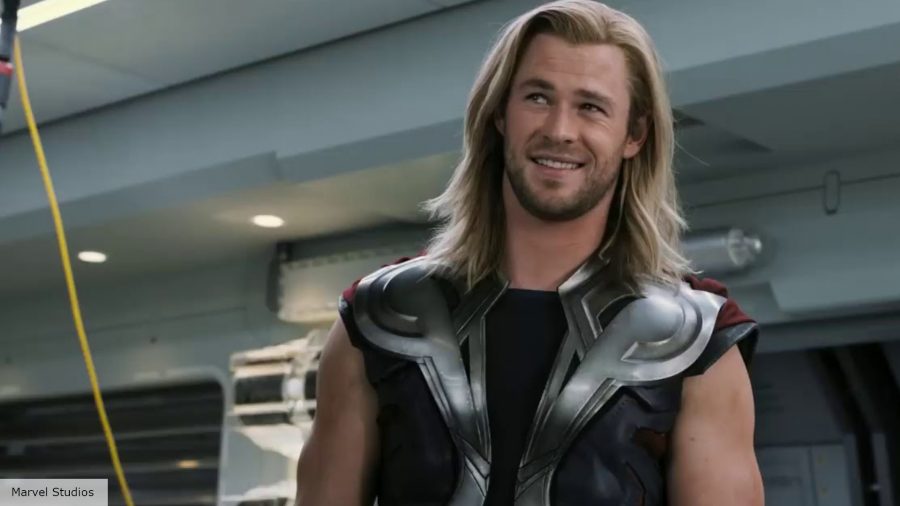 Thor makes his way to Earth once again to stop Loki from summoning Thanos’ army and seizing control of the planet. This time, though, Loki’s too much for Thor to handle and – after a tussle with Captain America (Chris Evans) and Iron Man (Robert Downey Jr), then a full-on slugfest with the Hulk (Mark Ruffalo) – the thunder god joins Earth’s mightiest heroes.

Do this all day: Best Chris Evans movies

While Thor essentially serves as muscle for the Avengers, the film does set up his dynamic with the rest of the team, including his somewhat fractious relationship with the Hulk, which will be resolved a few movies from now. 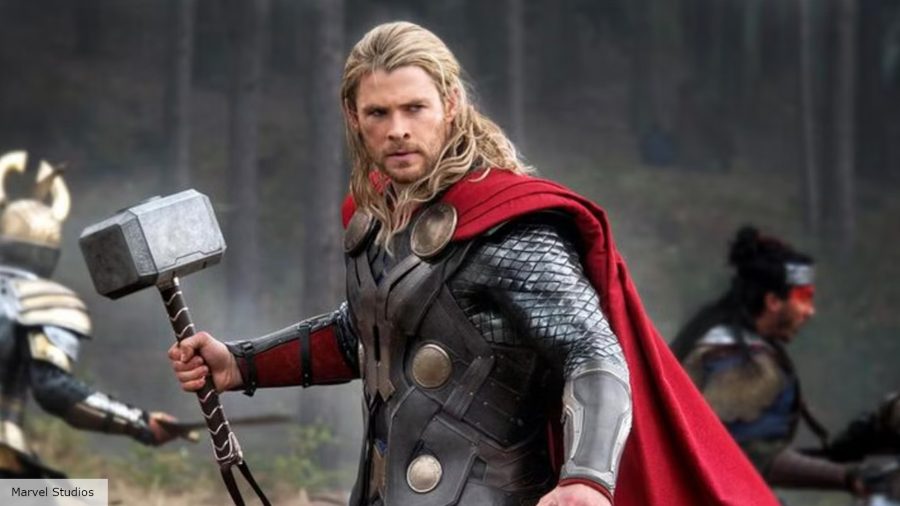 After putting a stop to the chaos engulfing the Nine Realms, Thor is called back to Earth to investigate a powerful Dark Elf weapon known as the Aether. This strange red mist has infected Jane and made her the target of Malekith, a despotic Dark Elf who wants the Aether for himself.

From the beginning: Marvel movies in order

The whole thing culminates in a battle in Greenwich, which leads to Loki dying (but not really), Thor declining the Throne of Asgard, and Odin being banished to Earth. Messy and tedious, the only thing Dark World has going for it is that it introduces one of the Infinity Stones. 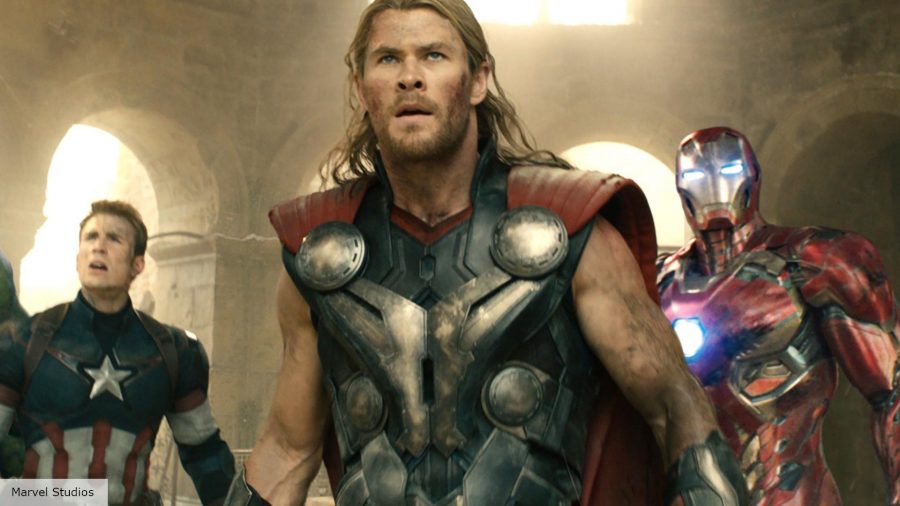 After declining the throne of Asgard, Thor spent his time with the Avengers working to bring down Hydra bases across the globe. With the final stronghold destroyed, Thor’s set to return to his home when the malicious mechanical menace Ultron attacks.

To be honest, Thor has very little to do in this film other than hit robots with his hammer – although he does provide the spark of creation needed to bring Ultron to life – and he spends most of the film worrying about Infinity Stones. Oh, and he learns that Cap might be keeping a secret about Mjolnir. 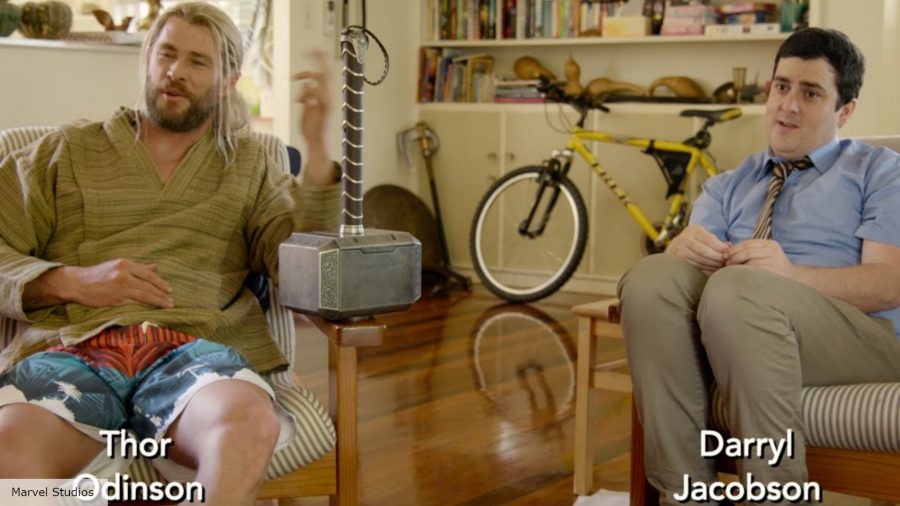 The beginning of Thor’s evolution from the Avengers’ heavy-hitter to comic relief, these shorts (directed by Taika Waititi, and may or may not be canon) show what Thor was up to during Civil war. Basically, he spent his time in Australia leaching off his long-suffering roommate, Darryl. 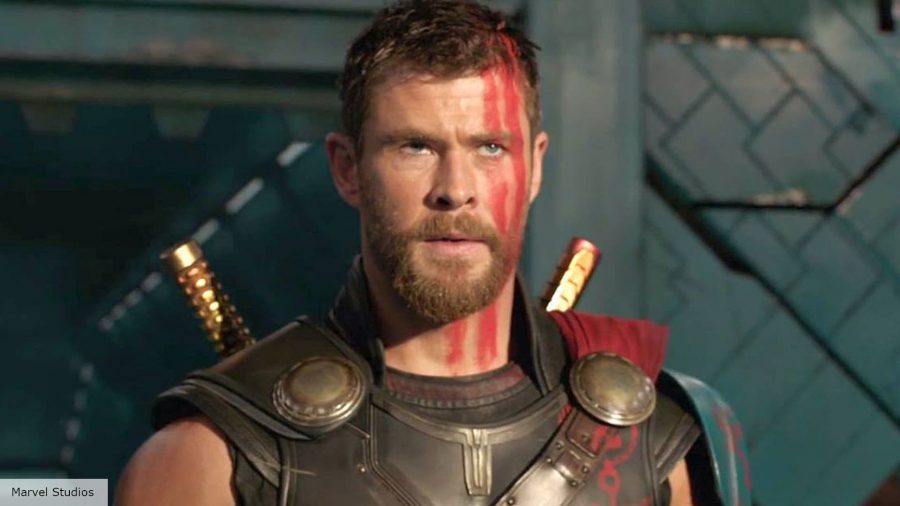 Ragnarok was the film that saw Thor go from dull Viking warrior guy to Viking alien weirdo. Thor’s entire characterization is changed for the sake of this film, and it works marvellously, rightly redefining the character as a comedic, slightly buffoonish, but ultimately well-meaning hero.

The superhero comedy movie opens with Thor working to stop Ragnarok and ends with him (with some help from the totally not-dead Loki, Valkyrie, and the Hulk) causing the destruction of Asgard to kill his long-lost sister Hela, the God of Death.

Hilarious, irreverent, and exciting Thor: Ragnarok is the high watermark by which all Thor movies should be judged. In terms of major plot developments, Ragnarok sees Mjolnir destroyed and Thor learning his power comes from within, Asgard being obliterated, and Loki finally accepting he belongs by his brother’s side. 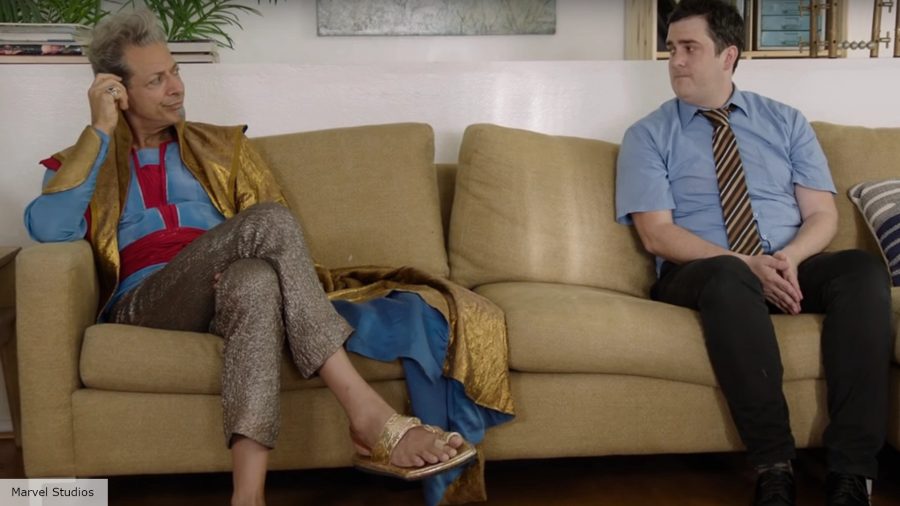 Another Waititi-directed short, this fun little film was included on the Ragnarok DVD and sees poor Darryl get a new roommate, the Grandmaster (Jeff Goldblum). It goes about as well as you’d expect. 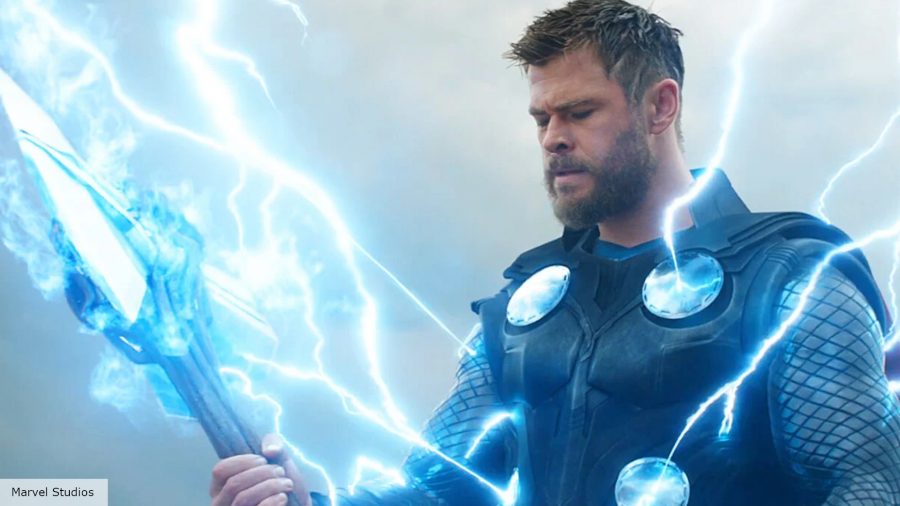 Picking up just moments after Ragnarok ends, Infinity War sees Thor brought to his lowest ebb yet, when Thanos chokes the life out of Loki, and the Children of Thanos slaughter half the Asgardian population in their quest for the Infinity Stones.

Desperate for revenge Thor and half the Guardians of the Galaxy go on an adventure to forge a new weapon for the God of Thunder that can kill Thanos before he gathers all the stones.

While Thor succeeds in getting his hands on a new hammer, he failed to go for the head, allowing the Mad Titan time to snap his fingers and wipe out half of all life in the universe. 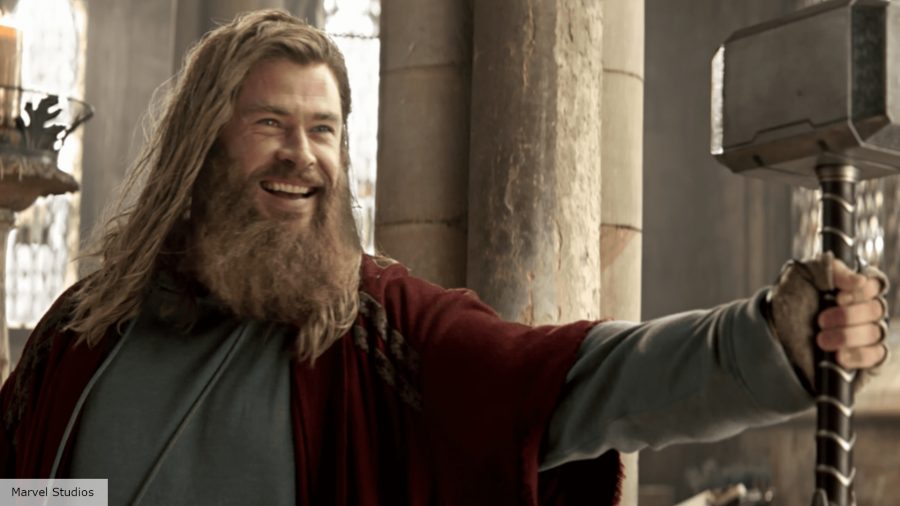 Five years after the Avengers failed to stop Thanos, Thor has become a shell of his former self. Depressed and overweight, he’s reluctant to even try and gather the Infinity Stones. A chance encounter with his dead mum (time travel has its perks) lets Thor know he’s still worthy, and he regains his confidence.

During the climax, he helps Cap and Stark battle an alternate version of Thanos, and following the battle, Thor gives up the throne of Asgard to Valkyrie, setting off into space with the Guardians of the Galaxy. 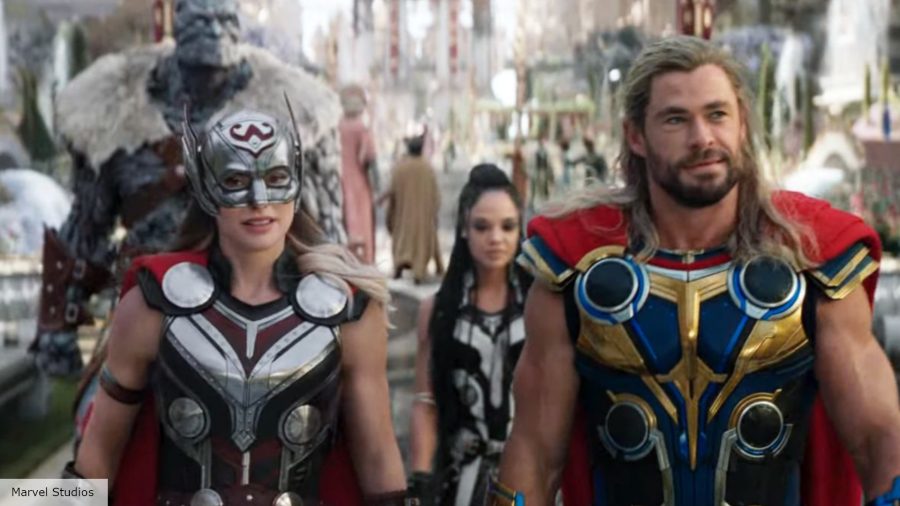 Love and Thunder is not out yet, but we can see from the trailer that Thor’s still hanging out with the Guardians, and he’s gone back to having a god bod – which may or may not be a good thing.

We also know Thor will be reunited with a repaired Mjolnir, now wielded by Jane, who’ll help the former Prince of Asgard take down Gorr the Godbutcher.

If you want to know more, check out our guide on the Thor: Love and Thunder release date. 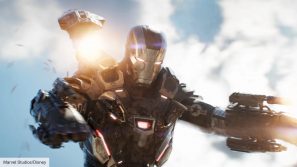