What is Halloween Ends’ release date? Michael Myers’ next murder spree, Halloween Ends, is the last film in David Gordon Green’s reboots of John Carpenter’s original slasher franchise. After Halloween Kills, ended on a cliffhanger, many horror movie fans may be wondering when the serial killer’s saga will end. Well, the good news is that we already know quite a bit about Halloween Ends and can confirm that the latest instalment to the Halloween movies is definitely on its way.

In 2018, Green made a direct sequel to Carpenter’s 1978 film titled Halloween (2018). The film officially retconned the series and saw Michael Myers, 30 years since the events of that fateful ‘70s Halloween night, escape from a mental institute to terrorise the citizens of Haddonfield once again. After Halloween (2018), Green released its sequel Halloween Kills, which saw original survivor Laurie Strode (Jamie Lee Curtis) being rushed off to hospital with her family after facing Michael in the last film, and the citizens of the suburban town rise up to confront Michael once and for all. The film ended with lots of people dead, including a few main characters, Michael potentially, maybe, being supernatural and the killer still on the loose.

Understandably, we are all anxious to see how Green decides to tie up his take on the franchise with his final movie Halloween Ends. So, for all your bloody horror convenience, we’ve decided to round up everything you need to know about the upcoming movie. From its release date, cast, trailer and plot, we have done some Michael-esque stalking of our own and are ready to answer any burning questions Halloween fans might have.

The good news is that we already have a release date for Halloween Ends. So, it is time to mark your calendars slasher fans because Green’s final Halloween movie will be hitting theatres on October 14, 2022.

However, so far, it is unclear if the movie will be available on a streaming service on the same day as well. Halloween Kills, which was released on Peacock and in theatres, had the highest-grossing debut for a streaming day-and-date premiere, having earned $50.4 million during its opening weekend.

Back from the grave: The best zombie movies

So, it would make sense for Universal and Blumhouse to look towards streaming the premiere for Halloween Ends as well, given its predecessor’s success – especially since we’re still amid a global pandemic.

Currently, there is no trailer for Halloween Ends, which makes sense considering that filming is only set to begin in January 2022. Halloween Kill’s filming lasted for three months, not counting post-production. With this in mind, we can expect to see some teasers and footage of the film around mid to the latter half of 2022. 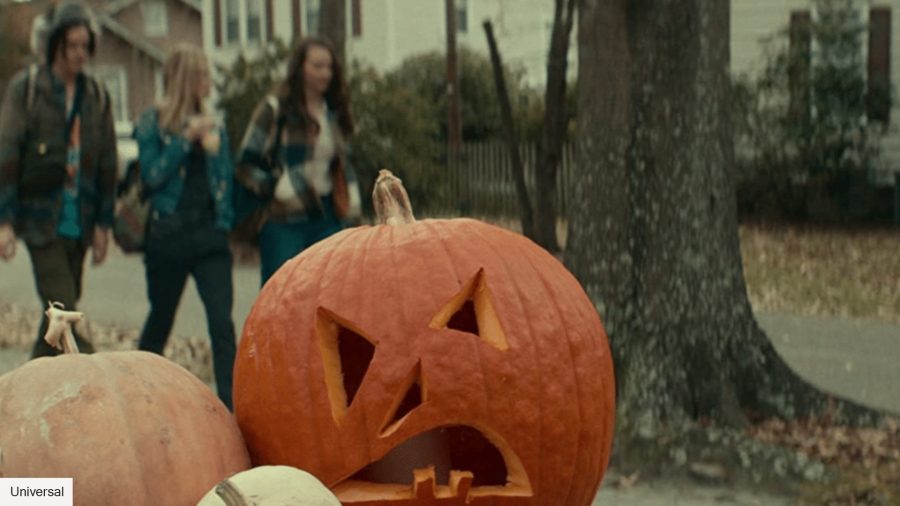 Halloween Kills trailer dropped in June, five months before its theatrical release. So, if everything goes to schedule, it seems like a trailer for Halloween Ends will come out around the same time, given that both films were set to release in October. Stay tuned for updates.

Halloween Ends’ plot hasn’t officially been released yet, but there is a lot of information and clues circling around about what it could potentially be. Similarly, the ending of Halloween Kills sets up space for the new instalment, leaving plenty of questions that need answering thanks to all its cliff-hangers.

In Halloween Kills, we see the townsfolk of Haddonfield fail to stop Michael and get gutted in the process. Karen, Laurie’s daughter and Allyson’s mom, is dead. Tommy Doyle has also bit the dust. Basically, the majority of the people we met in Halloween Kills died. In the wake of all this killing, Michael manages to get away, leaving behind pure chaos in his wake. The town is in shambles, and it is revealed that Michael may be supernatural, meaning we have no idea how the characters will stop him. We can also take an educated guess that after killing Karen, Laurie and Allyson will be hot on his heels for revenge.

Both Green and Jamie Lee Curtis have also been dropping some major hints towards what we can expect from the next Myers adventure. Firstly, we know that there will be a time jump between Halloween Ends and Halloween Kills. In an interview with Uproxx, Green said that the new movie will be dealing with the consequences and aftermath of the pandemic.

This means that Halloween Ends will take place at least four years after the events of Halloween 2018 and Halloween Kills (which were set on the same night). Besides seeing Michael get back on his feet and maybe shedding off some of the lockdown weight via a murder workout, Curtis has also given clues to what Laurie’s next character arc will be. 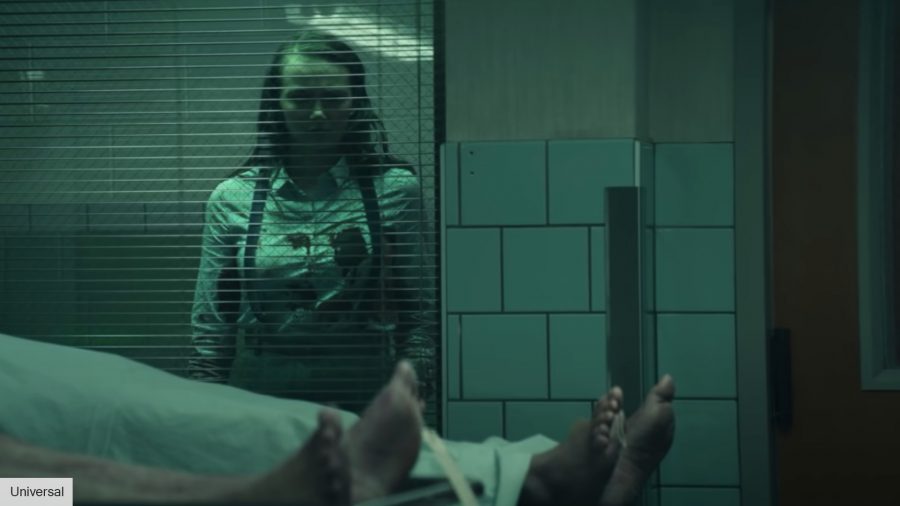 Back in July 2021, while promoting Halloween Kills, the actor revealed that Halloween Ends would likely be the last time we see her as Laurie Strode. She also recently told The Illuminerdi that Halloween Ends is “going to make people very angry”. “It’s going to stimulate people,” the actor shared. “People are going to be agitated by it. And it is a beautiful way to end this trilogy.”

Does that mean that Laurie will meet her end at the hands of Michael? Who knows, only time will tell, but we expect the iconic Scream Queen to go down in a blaze of glory if she does kick the proverbial bucket. We will keep you updated as we wait on an official synopsis for Halloween Ends from Universal.

So far, we don’t have a lot of cast confirmations for Halloween Ends. Still, we do know that Jamie Lee Curtis is definitely coming back as Laurie Strode, along with Andi Matichak, who will reprise her role as Laurie’s granddaughter Allyson. Nick Castle and James Jude Cortney will be coming back too, sharing the role as our leading murderous man Michael. But in terms of any more future victims or new actors to the franchise, it is still unclear who else will be part of the upcoming murder spree.

Halloween Kills ended in a lot of bloodshed and not many survivors. However, a notable cast member that made it out of Michael’s clutches was Lindsey, played by Beverly Hills Housewife Kyle Richards. So, it is always possible that we will get to see her running for her life once again. 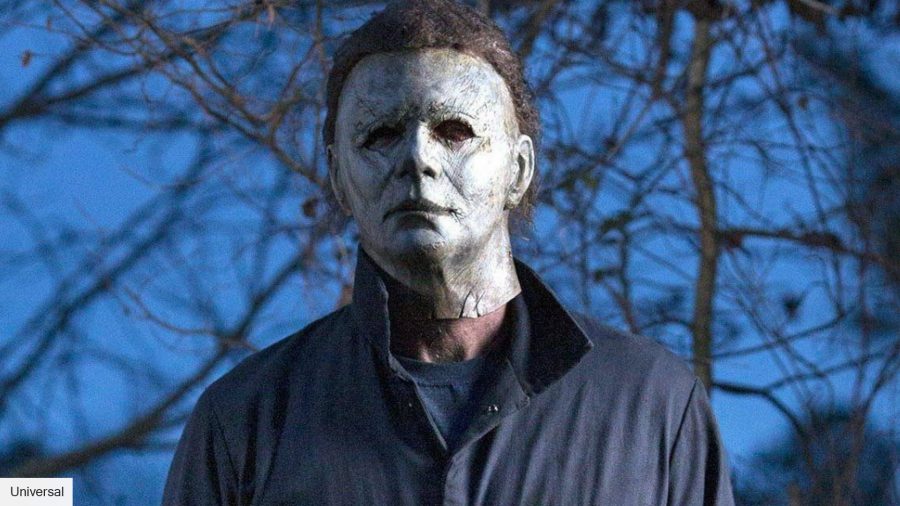 We will be sure to let you know if any cast updates or announcements get released. In the meantime, we have to be content that Laurie and Allyson are at least scheduled to come back angrier than ever and out for Michael’s blood.

Where can I watch Halloween Ends?

As mentioned before, Halloween Ends will be released in theatres on October 14, 2022. However, we are still waiting on word if the action movie will also be available to stream on Peacock.

All the recent box-office evidence points to a dual distribution strategy. However, before you renew any subscriptions, we advise you to check back in with us at a later date. 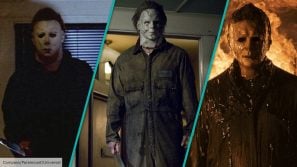