Hey, Upper East Siders, The Digital Fix here, your one and only source into the reboot of the scandalous TV series about Manhattan’s elite – Gossip Girl (2021). If our opening reference didn’t give it away already, the 2000s show about New York’s 1% has returned with a modern makeover and a new set of wealthy teens. But, with endless cliffhangers in this reboot so far, you may be wondering about the series’ future and asking yourself: what is Gossip Girl (2021) season 2’s release date?

Set nine years after the events of the original series, Gossip Girl (2021) tells the story of the latest social ‘in crowd’ in Manhattan and their online battle with the reawakened expose page Gossip Girl. Since premiering on the streaming service HBO Max in July 2021, the Gossip Girl reboot has been a roaring success. Season 1 of the series has been divided into two parts, and even before Part 2 has been released to the public, HBO Max has confirmed that Gossip Girl season 2 is already on its way. This is great news as the series is already full of drama, and there are a lot of questions and expectations about the lives of these fabulous teens.

The Digital Fix may not be Gossip Girl, but it’s pretty damn close when it comes to finding juicy facts and rounding up news. Here we go over everything you need to know about Gossip Girl (2021) season 2. From its release date, trailer, cast, plot and more – here it’s all exposed. That’s right, unlike a certain someone, there is no secret The Digital Fix isn’t willing to tell, xoxo.

The good news is that we know that Gossip Girl season 2 is definitely coming. Unfortunately, we don’t know when. In September, HBO Max announced that it had renewed the reboot of Gossip Girl for an all-new instalment, even before all the episodes of season 1 have been released.

The Gossip Girl Instagram account also re-affirmed the announcement with a cheeky video clip revealing that season 2 was greenlit to its followers. The teaser shows someone logging into the mysterious account and typing ‘season 2’, while a voiceover says: “Let’s see if this gets their attention.” The video definitely caught our eye.

We probably won’t get news on a release date for Gossip Girl season 2 or any word on when production will begin until all episodes of season 1 are aired. Many fans have probably realised that season 1 of Gossip Girl has been broken up into two parts.

The first six episodes of season 1 came out in July, and Part 2 of the season was released on November 25, on Thanksgiving Day for US fans. Unfortunately, UK viewers will have to wait for news on when they can watch Part 2, but don’t worry; we will keep our eyes peeled for you all.

Ask and thou shall receive. I’ll be returning to @hbomax on November 25th, just in time for my favorite holiday. Give thanks. Xoxo pic.twitter.com/2dbsM2UgUr

After Part 2 of season 1 comes out, news on a potential release date for Gossip Girl season 2 is expected to break. So, be sure to check in regularly with this page for any updates.

While it isn’t a trailer, the clip is enough to keep us hooked on the scandalous story.

OK, so here is the thing, like we mentioned before, season 1 of Gossip Girl isn’t over just yet, so we don’t know what trajectory season 2 will take. However, even though we don’t have an official synopsis for the plot of Gossip Girl season 2, we have gotten some hints from the show’s crew members on what direction they want the new season to progress.

So far in season 1, Part 1 of Gossip Girl, we have seen the account of the high schools’ feared rumour mill, ‘Gossip Girl’, return to expose all the secrets of Manhattan’s elite. In the original series, the site was closed down, and now after nine years, a group of disgruntled teachers have decided to resurrect the page.

We see the site target the popular gang of high schoolers, causing fractures in the group and exposing secrets. Front and centre of this cyber-attack are half-sisters Julien and Zoya, who, after recently meeting for the first time, turn against each other once Zoya starts dating Julien’s ex and Gossip Girl fans the flames. 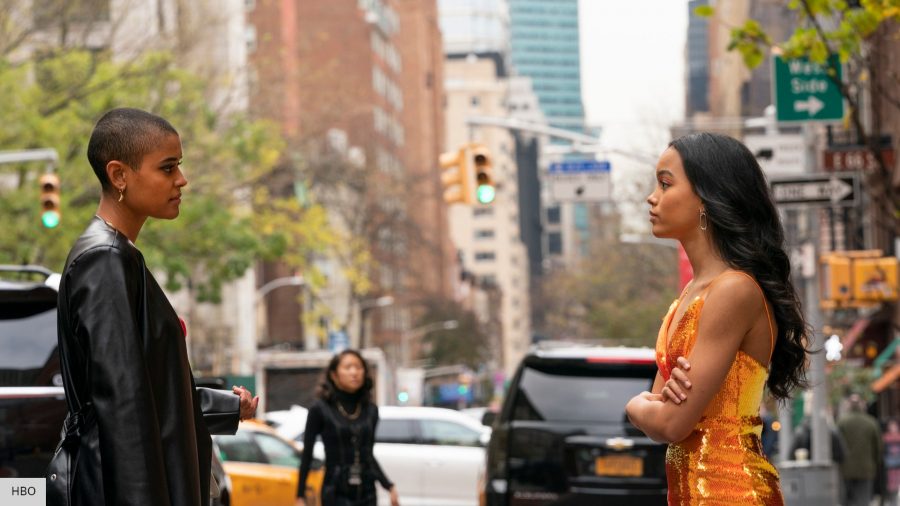 Season 1 Part 1 ended with relationships on the rocks, threesomes, protests, and some juicy betrayal. In the trailer for Part 2, we know that Zoya and Julien’s relationship continues to spiral, some new love interests come into the picture, and a few of the students get ‘cancelled’ online.

As you can see, there is a lot of drama going on here and to look forward to. But right now, we don’t know what direction it will take, just that it will probably get entertainingly messy. So far, it is unclear how season 1, Part 2, will end, but after seeing that explosive trailer and knowing that the series has been renewed for a second season, it’s safe to say that there will be more cliffhangers.

Stephanie Savage, an executive producer for the show, has also told Glamour that season 2 will dive deeper into the familiar themes of the Gossip Girl franchise that we saw in season 1. “Certain things are essential to the Gossip Girl franchise,” Savage explained. “A strong, complicated female dynamic at the centre, romantic triangles—which exist in the new show but are updated—and parent-kid relationships.”

So, needless to say, we can look forward to Gossip Girl season 2 continuing to follow the spicy and dramatic formula we all know and love from the series. We’ll be sure to keep you posted on any updates on the plot of the upcoming chapter as soon as we know more details.

We can expect the main teen gang of Upper Eastside elites returning for Gossip Girl season 2. It’s pretty much safe to say that Jordan Alexander will be coming back as queen bee and social media influencer Julien, and Whitney Peak will return as her earnest half-sister Zoya. Eli Brown will likely reprise his role as Obie, Julien’s ex and Zoya’s current beau – who is also the cause for most of the conflict (let’s be honest). 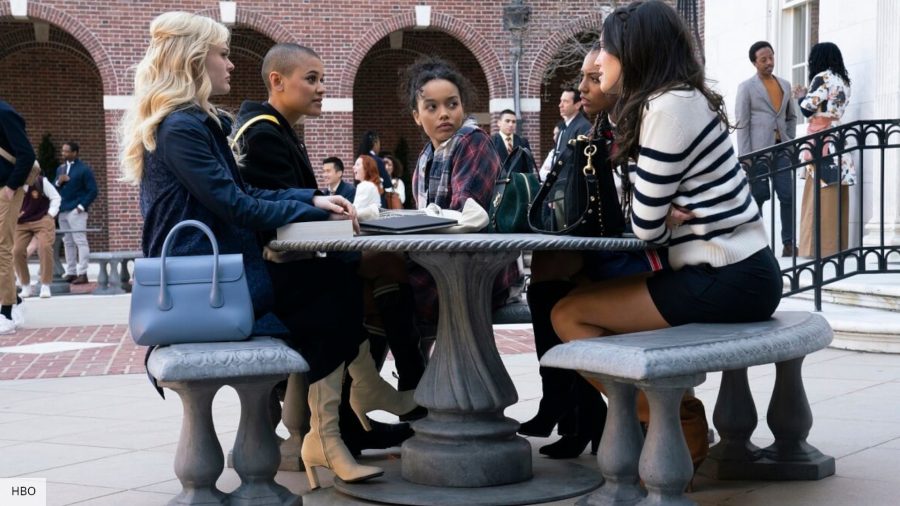 Along with the central three, fans can also look forward to Kristen Bell returning to narrate the series as the voice of Gossip Girl, since at this point, it is pretty much impossible to replace her iconic narration (thankfully).

Here is a list of the cast expected for Gossip Girl season 2:

In the original series from 2007, the first season ended with the crew banishing an enemy from New York, and in its second season, it even showed the ‘death’ ( or should we say fake death) of a main character. So who knows, the reboot could follow by example and get rid of one of its key players just like its predecessor had a habit of doing. We’ll let you know if any new cast updates or confirmations for Gossip Girl season 2 come in – stay tuned for more.

The reboot’s creator, Joshua Safran, also told The Wrap that we might see Gossip Girl’s original cast, such as Blake Lively or Penn Badgley returning for cameos in the new series. 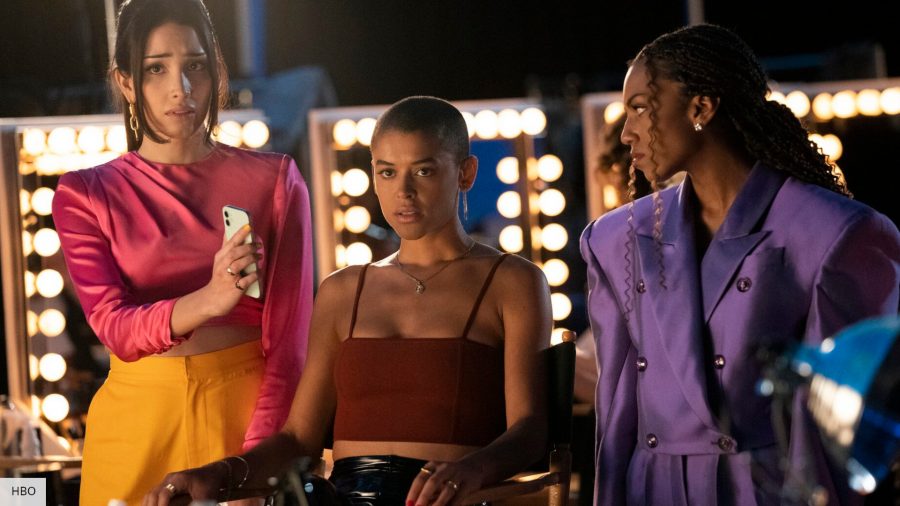 However, before you get too excited about potentially seeing Serena or Dan again in the background, Safran said they wouldn’t be returning as their characters and didn’t mention when these cameos would occur. But we can still hope it’s soon, right?

Where can I watch Gossip Girl season 2?

Gossip Girl season 2 will be available to stream exclusively on HBO Max for US viewers. While it hasn’t been confirmed where it will be distributed in the UK just yet, it is a safe bet to assume that season 2 will have the same home as the last season. UK viewers will probably be able to enjoy the next chapter of Manhattan’s teenage scandals over on the BBC iPlayer. If any changes or new distribution deals happen, we’ll let you know.

A blast from the past: The best 2000s movies

UK viewers will likely have to wait a month before Part 2 drops on the BBC iPlayer, as Part 1 was released around six weeks after it premiered in the US.

And there you have it; everything you need to know about the Gossip Girl (2021) season 2 release date, cast, trailer and more. If you are after more drama, be sure to check out our guides on Bridgerton season 2, and Peaky Blinders season 6.