“Despite your best efforts, you refuse to die.” When that line is said in the film, it’s said in reference to Maverick’s near-remarkable ability to constantly evade death. But I think this line is also true of Top Gun 2, because despite a 36-year gap, and the original action movie having a mixed reception, Top Gun: Maverick shows that Top Gun, and what it means to people, is more alive than ever.

One of the thriller movie’s greatest strengths is its sound: it absolutely deserves to be seen and enjoyed in IMAX in all its glory — and it truly is glorious. The atmospheric surround sound of the planes, action sequences, explosions, and other vehicles is hugely immersive, but what makes it even better is the way these sounds are paired together with Harold Faltymerer’s unforgettable scores — both old and new — and testosterone-oozing trucker rock like Guns N’ Roses and ‘Danger Zone’.

But the score and accompanying music aren’t just used to elevate action sequences, they’re used to further emotional moments, too. The moment when Rooster, Goose’s son, gleefully plays and sings ‘Great Balls of Fire’ with his fellow aviation graduates as Maverick looks on from outside the bar especially packs a gut punch, with the ‘Great Balls of Fire’ scene from the original film being intercut to show just how similar father and son are.

And then there are moments where not a word is spoken at all, with Iceman and Maverick being able to deliver some of the most heartbreaking moments of the movie without Iceman delivering a single word of dialogue.

Yes, you heard that right — there are a lot of emotional moments in this movie, and that’s because Top Gun: Maverick is as much a drama movie as it is an action flick. While Cruise is able to maintain the impulsive, rebellious spirit of Maverick from the first movie, he’s definitely haunted and weighed down in a lot of ways, which gives way for Cruise to show off his full, emotion-driven acting range.

Although, as expected, there are a lot of Easter egg and fan service moments like Maverick’s iconic jacket, his motorbike, and the return of the F-14 plane. The film is self-aware of the fact we are living in an ever-changing world — one where AI and drones mean that the role of a test pilot might become extinct.

The plot, in fact, is hinged around Maverick still being stuck in 1986 as he refuses to progress from his role as Captain while also refusing to move on and forgive himself for Goose’s death. The movie, however, forces him to do both after he comes face-to-face with his son, Rooster (Miles Teller) a Top Gun graduate and one of Maverick’s students after Iceman arranges for Maverick to return to Top Gun and instruct the graduates ahead of their most high-stakes mission yet. 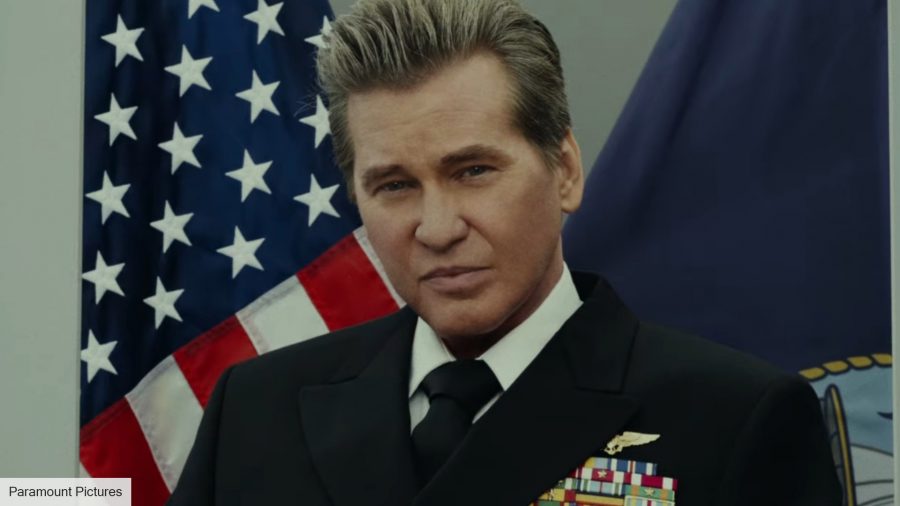 In this movie, Iceman acts as somewhat of a guardian angel for Maverick, with his disgruntled employees mentioning several times that he’s the only reason Maverick hasn’t been dishonourably discharged yet. It’s an interesting evolution given how he was bitter rivals with Maverick in the first movie, but it’s one based on maturity and hindsight that makes sense given the wide gap between both films.

No, I am your father: Star Wars movies in order

We get to see history repeat itself with the rivalry between new recruits Rooster and Hangman (Glen Powell). Powell’s convincing arrogance as Hangman is enough to make you completely loathe him for the majority of the movie. But when he ends up redeeming himself in the movie’s final act, he brings enough charm that the character’s sudden U-turn seems, for the most part, believable — and you’re even happy to see him.

Although Maverick is undeniably the star of the movie, it helps that the performance of the supporting cast is incredibly strong, with all of them bouncing off each other and Cruise with seamless chemistry. And no one does this better than Miles Teller as Rooster.

In a lot of ways, he feels like Goose reincarnated, but in the sense that he’s an old soul in a young man’s body rather than a carbon copy of his father. He’s full of wit (with his one-liners bringing a lot of humour to the film), rugged charm, and bags of raw passion, talent, ambition and pain that make him the perfect foil to the more wordly Maverick. 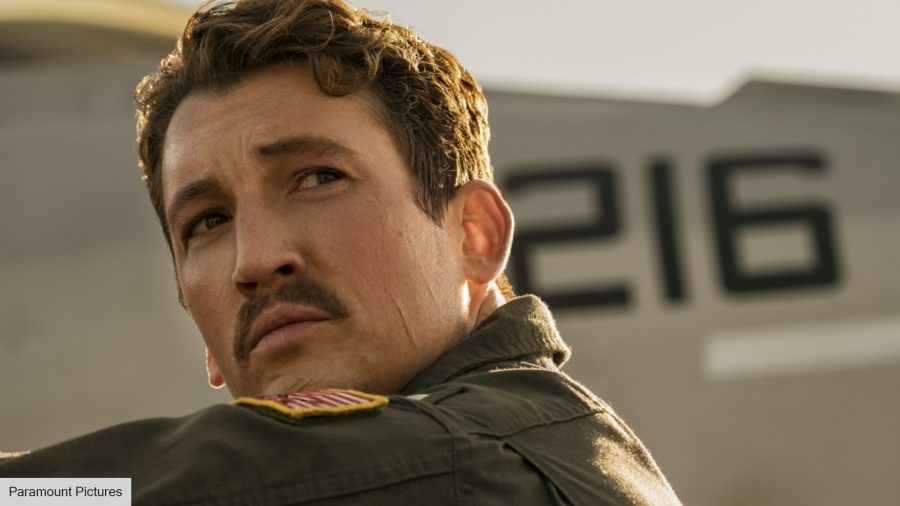 Some of the special effects in the movie aren’t as realistic as you’d expect them to be, the explosions not quite as sprawling, but in a lot of ways, it doesn’t really matter. This is because Joseph Kosinski is great at delivering modernised, fast-paced action scenes, tension-building moments, and breathtaking aviation scenes. It’s clear he is trying to integrate some ’80s directorial style in, helping to sprinkle in a little bit of Tony Scott so that, in his own way, he is able to be part of this movie, too.

Although there are a lot of fantastic elements to the movie, there are two main reasons why it didn’t get that coveted five-star rating. One reason was the corniness and clinginess of some of the dialogue and line delivery. It didn’t make me feel nostalgia just second-hand embarrassment.

At one point, Tom Cruise quite literally stands in front of the American flag whilst swelling, patriotic music plays, and at the start of the movie, where he decides to *gasp* test a plane without his boss’ permission, he’s told, “You know what happens if you go through with this,” and says in response, with (again) heroic, swelling music, “I know what happens to everyone else if I don’t.” I see what they were going for, with that exchange and imagery, but it was hard to suppress a groan when lines like that were spoken. 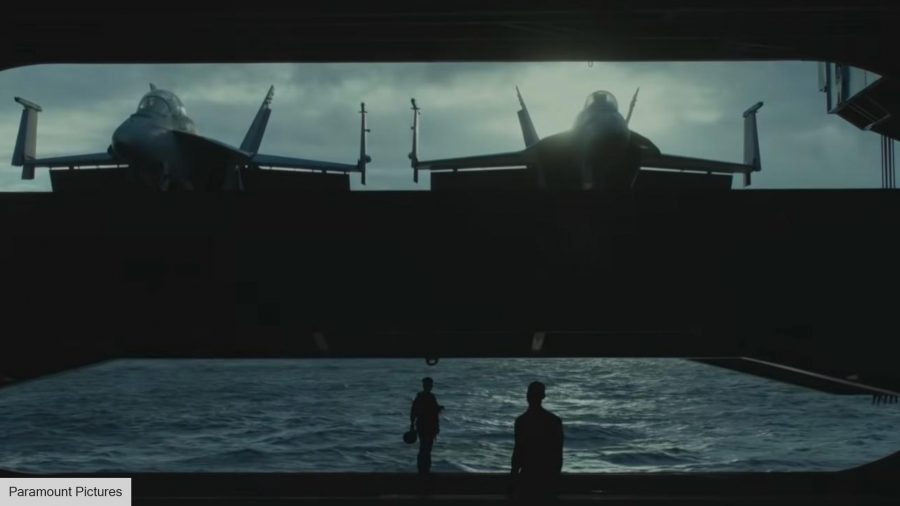 Also, while they definitely tried to do awy with the sexism of ’80s action movies and make a conscious effort to be more diverse, they did fall short in a couple of places. While Monica Barbaro did a great job as Phoenix, girlbossing her way into the pilot seat, it’s hard to ignore the fact that there was also a blink-and-you-miss-it reference to another female Top Gun graduate, Kara Wang.

Although the producers may well have thought that they were doing something by having a woman of colour be a Top Gun graduate, that doesn’t really work when they get two fleeting moments of screen time and don’t get to say a single word: with all lines, interaction, and development instead going to her white co-star. It felt a bit like Wang was brought in for tokenistic purposes, which was a shame because she’s a good actor and deserved better.

There’s also the fact that apart from running the bar and having a daughter, Penny’s sole purpose in this movie is stroking Maverick’s ego and popping up at the right moments to give him inspirational speeches. Clear attempts were made, but in 2022, you wonder if those attempts were good enough. 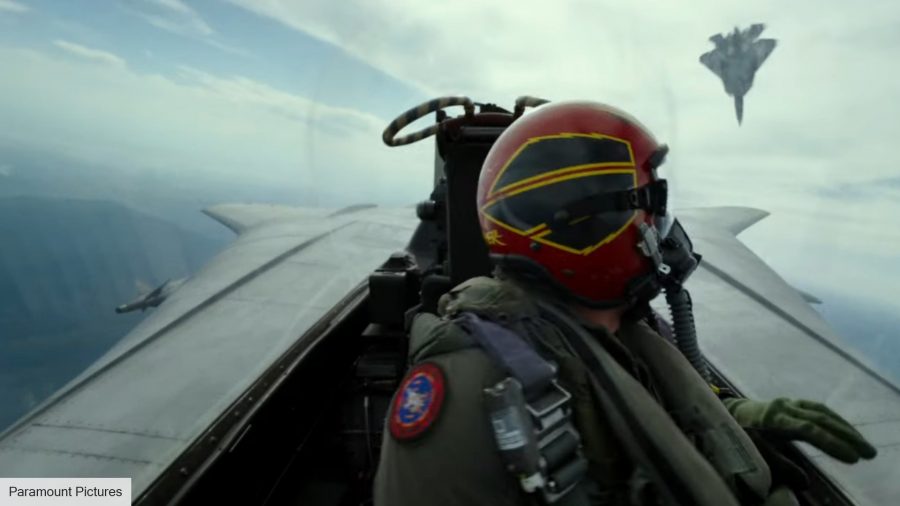 The good news is, that they have time to change this moving forward. While Top Gun 2 is an excellent swan song for Maverick and the rest of the OGs, it also does a good job of setting up a team for future movies that undeniably possess that quintessential Top Gun spirit and charm.

Up, up and away: Best sci-fi movies

On the one hand, it’s a touching tribute for those die-hard fans who saw the first Top Gun movie when it came out, and on the other hand, it helps to set up a new generation of die-hard fans while ensuring that the 1986 movie’s all-important legacy isn’t forgotten.

After a triumphant ending, where pictures of Maverick and Rooster are seen alongside Maverick and Goose as the Top Gun theme tune plays, a tribute for Tony Scott lights up the screen. The audience erupts in applause. And I think that’s what a good sequel is all about. 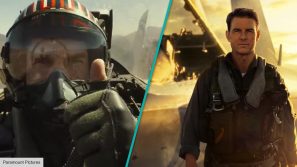 Tom Cruise, Miles Teller, and the rest of the cast soar in this turbo-charged tribute.