We learned all the way back in June that Dwayne Johnson was set to make a Christmas action movie called Red One, but news of who will be directing is only starting to come through now. It looks as though Johnson will be re-teaming with his Jumanji director Jake Kasdan.

Kasdan was known for directing adult comedy movies such as Walk Hard: The Dewey Cox Story starring John C. Reilly, Bad Teacher starring Charlize Theron and Sex Tape starring Cameron Diaz before switching to the the family movie Jumanji: Welcome to the Jungle in 2017, followed by its sequel Jumanji: The Next Level in 2019.

According to Empire, Red One was a pitch that came from Dwayne Johnson’s producing partner Hiram Garcia and is described as a; “a globe-trotting, four-quadrant action-adventure comedy, imagining a whole new universe to explore within the holiday genre.” Veteran of the Fast and Furious franchise Chris Morgan is currently writing the script for Red One and the funding is coming from Amazon.

The Christmas action movie has been an untapped niche genre for some time, with the last big one probably being 2000’s Reindeer Games starring Ben Affleck. The Die Hard films famously prompt endless debate every single holiday season about whether they count as Christmas movies. And then there’s director Shane Black’s predilection for Christmas – which extends to his action movie scripts, such as The Long Kiss Goodnight. 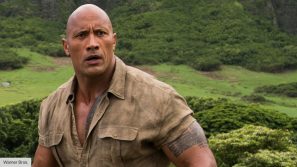 Dwayne Johnson won’t be playing Santa Clause, and Christmas is ruined
Get involved Continue the conversation over on The Digital Fix Forum