Dungeons and Dragons is one of the most influential and iconic tabletop roleplaying games around. Originally designed by Gary Gygax and Dave Arneson, D&D has been delighting fantasy lovers since 1974, and has accumulated a huge fanbase as well as a massive well of lore. Recently it was announced that the creators behind the comedy movie Game Night, Jonathan Goldstein and John Francis Daley, would be making a new cinematic adaptation of the TTRPG. Needless to say, many avid roleplayers are curious about what direction the script will take.

Following the box office flop that was the 2000s D&D movie starring Jeremy Irons, and its equally lacklustre sequels in 2008 and 2012, it was announced that a reboot flick was in development back in 2013. After changing studio hands and being in production limbo for years, in 2019, Goldstein and Daley were in talks to direct the film, and in 2020 the two announced they had penned a new script. The duo’s previous writing credits include the previously mentioned Game Night, which saw a group of friends have their typical game night become dangerously entangled with reality.

With the two filmmakers’ experience and the recent popular emergence of player-based films (e.g. Jumanji and Free Guy), no one can be sure what the upcoming D&D film will look like. Will it be about a self-aware party of players on a campaign, or will it be a straight-up fantasy movie? Here we discuss what each adaptation path would potentially look like and the strengths and weaknesses of both.

A D&D movie about players in the game world

The first option would be seeing a D&D movie based around the Dungeons and Dragons’ fan base and the act of role-playing itself. This could mean seeing a group of friends mysteriously sucked into the map. Or it could take an approach similar to The NeverEnding Story and Princess Bride, and show a bunch of roleplayers being immersed by their Dungeon Master’s storytelling capabilities.

In that instance, the players would watch their generated characters adventure as a relevantly passive observer, occasionally interjecting the real world into the script. There is tons of scope to adapt the roleplaying aspect of the game here and fully bring forward the essence that is playing D&D with a group of friends. However, there are some drawbacks too. 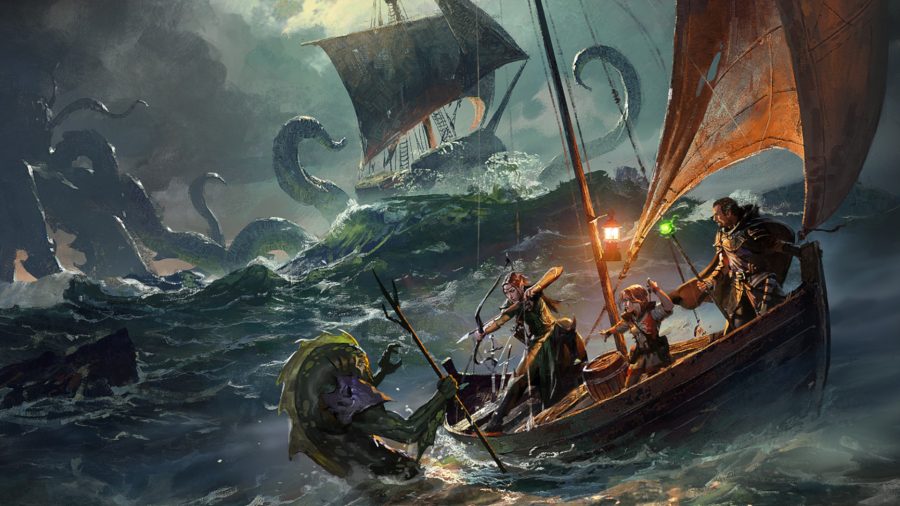 Pros FOR A D&D PLAYER-BASED MOVIE:

A huge selling point to this path of adaptation is that this type of movie won’t just be a standard fantasy film, but a uniquely D&D one, as it focuses on the game mechanics. You can capture all the wonderfully hilarious roleplaying moments that we experience while playing this game through self-aware protagonists. We want to see a bunch of players fighting for their lives while their DM yells at them for being two meta. We want to see a squishy level one wizard know that his AC is terrible and panic on the battlefield. And most of all, who doesn’t want to see cocky players failing saving throws and flinch knowing that pain is coming their way.

This kind of self-awareness lets all D&D fans band together, sharing their love for playing the game and finding humour in the act of role-playing itself. It also allows the movie to add enough fan service and a bit of the insane amount of lore available in D&D easily as characters can interject and share their knowledge of the world they now find themselves in. This lets the movie honour the game’s past, present, and most importantly, all its fans. If done right, a game-based movie can be a wildly entertaining celebration of Dungeons and Dragons.

There is also some major narrative scope that can be explored here. This formula allows for genre-bending and infusing real-life issues into a fantastical world. If done right and the writing is half-decent, the movie’s themes and messages can hit hard and unexpectedly as it shows the parallels between the two worlds. Having more real-world plots adds a breath of seriousness to an otherwise fun narrative structure and also again keeps in mind that roleplayer’s actions are, at their core, always influenced by their real life, even if it is subconsciously. 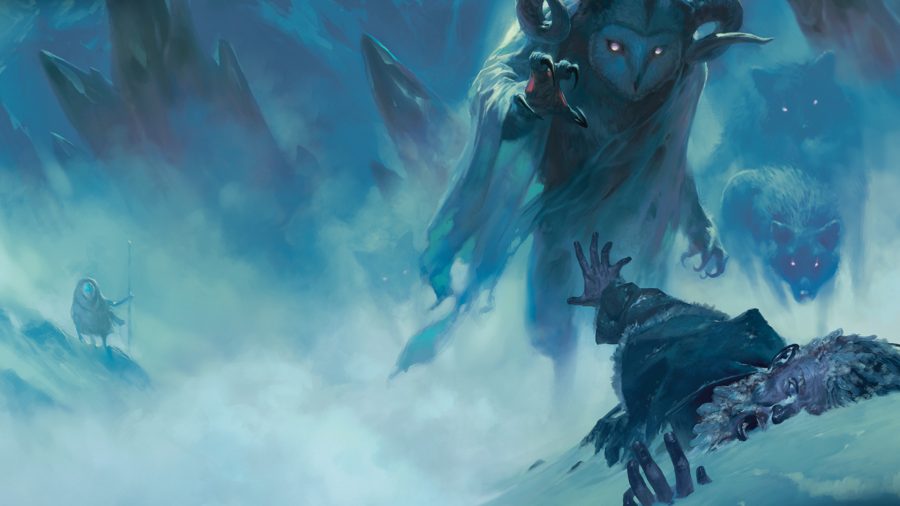 Cons FOR A D&D PLAYER-BASED MOVIE:

A big flaw in this type of film is that the world won’t be as immersive. By switching realities, any perceived danger, even if the film tells us that it can cause the protagonist’s physical harm, won’t hit as hard because subconsciously, the viewers consider it unreal. This also ties into the biggest problem in terms of captivating storytelling with this method.

In this type of movie, the film’s characters are based on real-life, as opposed to fantasy characters. This makes it considerably hard to fully invest in the protagonists because they are essentially stretched thin and have a duality. Do you invest in the players or the characters they invent? And how will you make us care about their personal issues in-game? For example, if their character’s family is murdered or their home town is burnt to the ground, why should we as viewers empathise with any backstories or character arcs when everything presented to us is under the guise of being imaginary?

Lastly, how do you portray the game system of D&D in the space of two hours, and which game structure do you even use? For example, Dungeons and Dragons fifth edition and Dungeons and Dragons fourth edition run differently. If you are making a movie about roleplayers, this point needs to be addressed because it gives an overview of how the experience of playing D&D is. If you are adapting a TTRPG experience, you have to adapt the game system in an entertaining and digestible way that veterans and newbies will engage with. It’s a tall order, and personally, I wouldn’t know where to start.

People play D&D for the epic quests and to essentially experience being in their own fantasy film, so it makes sense that a fantasy movie would be on the cards for the adaptation. This kind of take on the D&D movie would draw on lore and won’t have any self-aware role players in sight. It captures a core part of what we are after in D&D. As roleplayers, we want fantastical worlds and to briefly escape from mundane reality by smiting some goblins and spending a couple of coins in a tavern.

Fantasy is the very essence of D&D, and having the option to see all the quests we have roleplayed embodied on the big screen is exciting, period. However, fantasy isn’t the easiest cinematic genre, and like the first option, this format for a D&D movie also has its weaknesses. 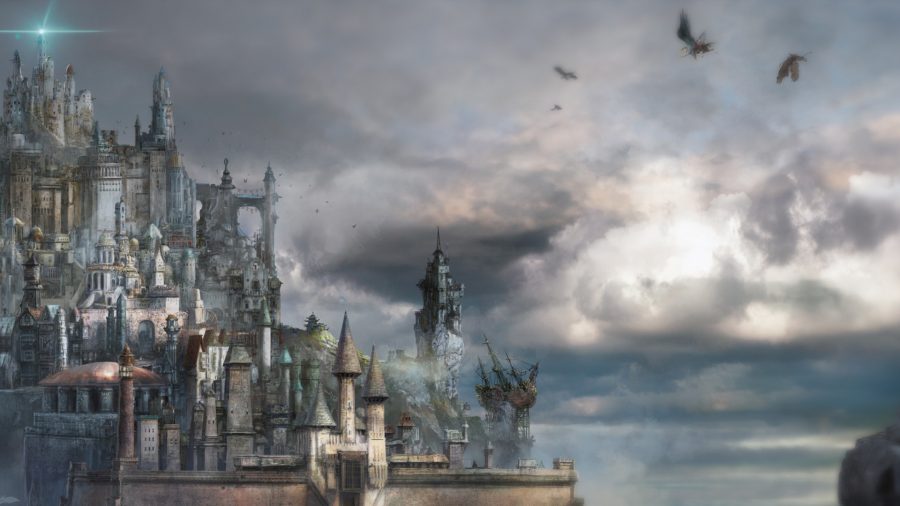 Pros for a D&D fantasy movie:

With no real-world players in sight, a fantasy movie is guaranteed to be immersive. With fantasy-based characters being our protagonists from the get-go and the world around them presented as the only one in existence, the story will be taken seriously, and the adventurers and their missions held with respect. Being engulfed and captivated by the fantastical world is any roleplayer’s dream, so having a strong and single world based story is undoubtedly appealing to most D&D players.

In terms of aesthetics, a fantasy movie comes with the promise of top quality visual appeal that will help propel the essence of high fantasy and, therefore, the essence of D&D simultaneously. Seeing a group of adventurers battle their way through a dungeon, facing off against evil mages and fire breathing dragons, will be taken to another level. For any fantasy lover, a mind-blowing spectacle for the eyes is always a welcomed treat. It’s everything a D&D fan could want, and it won’t be tarnished by subtle jokes or the real world filtering into the picture.

Impressive classics: The best movies of all time

Finally, it is easier to set up sequels and establish a franchise, which, let’s be honest, you will need if you are going to touch D&D. The amount of content in D&D is huge, from the different races, religions, classes, to the actual campaigns, novels and overarching lore. To do the game justice, we are going to need more than a stand-alone movie. Since we are already in the world, you don’t need to conjure up a superfluous reason for us returning to the story. Since there are no roleplayers, the “game” doesn’t need to end until the campaign is done. With a fantasy movie, the future of a filmed version of D&D is endless, and a new fantasy-based cinematic universe can be created. 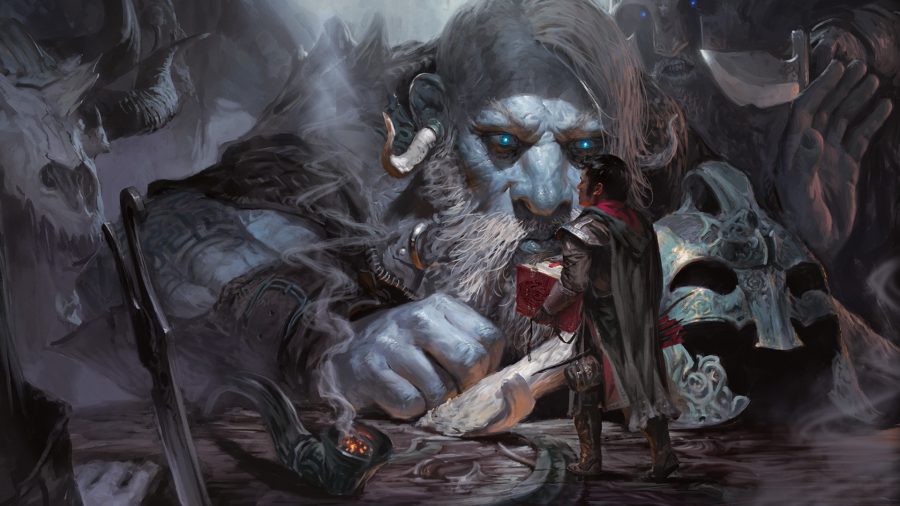 Cons FOR A D&D FANTASY MOVIE:

OK, let’s start with the big whammy. What would make this movie a D&D movie instead of just a regular fantasy film? How would you make it uniquely D&D? We say this because D&D is so heavily player based and full of different worlds, lore and stories that there isn’t one that is definitely tied to the IP. It isn’t like Lord of the Rings, where everything revolves around the journey to Mordor to destroy the one ring. In D&D, roleplayers have the freedom to enter into the world and go on whatever quest their party agrees on. Whether a pre-generated campaign like the Lost Mine Of Phandelver or a homebrew adventure, it is all up to them and the DM. However, in a two-hour cinematic version of Dungeons and Dragons, what story do you choose, and how do you show that it is something that we’ve never seen before?

Off the back of that point, if you do decide to base the fantasy movie on a campaign, there is also the case that you will never make everyone happy. By touching the lore, you have to do it justice, and well, that’s a lot of work to do. As we mentioned before, there are multiple editions of D&D and decades worth of campaigns and stories. It’s impossible to satiate the entire fandom in a film. This kind of lore heavy approach is arguably better suited to a TV series and should be handled in the same way as other high fantasy adaptations like The Witcher or Game of Thrones.

In a fantasy movie, you would also lose the core thrill of D&D, which is all tied to its game elements and chance. In this approach, in adaptation, you can’t capture the stress of saving throws, passing checks, or the autonomy of free will belonging to characters. All these points are what make D&D so captivating while you are out on an adventure. This means the combat dynamic and social dynamic that we will see from the cinematic protagonists won’t be those belonging to D&D per se; it will instead just be a blanket slate of your typical fantasy adventurers. 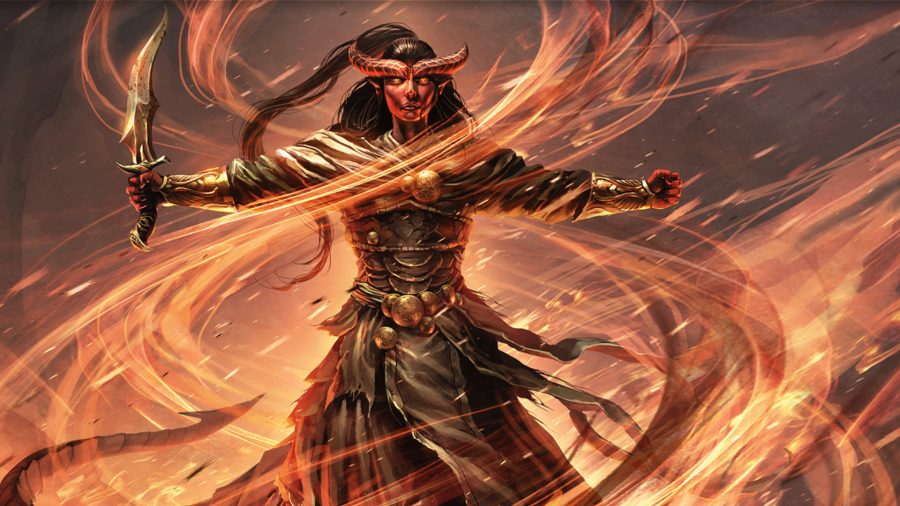 Both types of adaptations have their strengths and weaknesses, and both can be huge hits or disappointing flops. Currently, the upcoming movie’s plot is being kept under wraps. Right now, we have no idea which way Goldstein and Daley’s script will swing. From our discussions, our main concern is whether they can make this movie an actual D&D movie instead of a typical film that simply capitalises on the famous IP. We have been promised an adaptation of Dungeons and Dragons, the tabletop game, and we shouldn’t accept anything less.

The new Dungeons and Dragons movie is set to release on March 3, 2023. While we wait on more news for the flick, why not try your hand at more fantastical adventures with our list of the best animated movies. 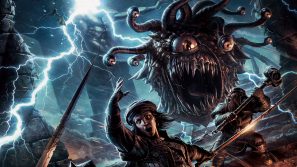