Netflix is looking towards the work of famed British author Roald Dahl for its latest business venture. According to Variety, the streaming service has acquired the Roald Dahl Story Company and is planning to create an all-new universe of content that will span across several different formats.

In 2018, the companies initially struck a deal for the streamer to license 16 titles for a slate of animated TV series adapted from Roald Dahl’s famous children’s books. The deal included a new TV series based on the candy-coated world in Charlie and the Chocolate Factory, helmed by Taika Waititi and Phil Johnston. However, with the new acquisition, Netflix plans to go past series and will now create animated movies, live-action films, TV shows, games, theatre, and more.

Ted Sarandos, co-CEO and chief content officer for Netflix, and Luke Kelly, the author’s grandson and MD of the Roald Dahl Story Company, discussed the acquisition in a statement. The two write: “These stories and their messages of the power and possibility of young people have never felt more pertinent.”

Currently, we are living in the golden era of franchises. From the Marvel Cinematic Universe to the Wizarding World of Harry Potter, there is a high demand for entertaining universes – especially those from established names like Roald Dahl. The author has published 49 books, some of which are among the most famous in modern children’s literature. Many of his books have already become popular kids movies, such as Charlie and the Chocolate Factory, the Fantastic Mr Fox, The Witches, James and the Giant Peach, and The BFG.

“As we bring these timeless tales to more audiences in new formats, we’re committed to maintaining their unique spirit and their universal themes of surprise and kindness, while also sprinkling some fresh magic into the mix,” Sarandos and Kelly continue. “Netflix and The Roald Dahl Story Company share a deep love of storytelling and a growing, global fan base. Together, we have an extraordinary opportunity to write multiple new chapters of these beloved stories, delighting children and adults around the world for generations to come.”

With Roald Dahl’s acclaim and quality supply of content, it’s easy to see why Netflix pushed for this deal. Currently, the streaming giant is busy making a musical adaptation of the author’s Matilda. However, the production halted back in July due to Covid-19 complications. For more streaming news, here is our list of the best TV series on Netflix. 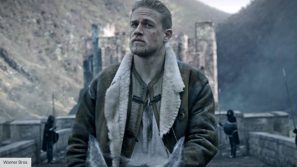 King Arthur: Legend of the Sword is the most watched thing on Netflix right now
Get involved Continue the conversation over on The Digital Fix Forum

1Ant-Man 3 has a new logo and everyone’s making the same joke
2Sony executive threw a sandwich at Kevin Feige when he suggested Spider-Man/MCU crossover
3How to watch My Hero Academia: World Heroes’ Mission – can you stream the new MHA movie?
Latest in Movies
Lightyear got a new trailer and everyone's making the same joke
King Arthur: Legend of the Sword is the most watched thing on Netflix right now
Timothée Chalamet had a secret YouTube business where he modded Xbox controllers
Midnight Special director leaves A Quiet Place spin-off
New South Park movie coming to Paramount Plus this November
A