Sony is still committed to fleshing out its own Marvel-adjacent cinematic universe, and a new anti-hero is heading to the big screen: Morbius. Jared Leto stars as Michael Morbius, a scientist with a rare blood disorder who winds up becoming a vampire. Yes, that’s right, we’re getting Marvel vampires now. That sounds like a typical day for the 30 Seconds to Mars frontman.

It’s the next chapter of Sony Pictures Universe of Marvel Characters, or SPUMC for short (make your own jokes out of that one) after Venom: Let There Be Carnage as the studio continues to put Spider-Man villains in the spotlight, presumably with the hopes of kicking off the Sinister Six. Morbius is typically described as the Living Vampire in the comics, and that makes him a little different to, say, Dracula. Sure, he’s not fond of sunlight – but he also isn’t hurt by crosses or garlic.

But with the intriguing trailer, release date delays, and surprising connections to the actual Marvel Cinematic Universe, you’ve probably got a few questions about what’s going on. Luckily, we’ve taken the plunge into Marvel’s darker side to tell you everything you need to know about Morbius.

WHEN IS THE MORBIUS RELEASE DATE?

Movies? Delayed? Surely not! Like most blockbusters fighting for the spotlight in the last few years, Morbius has faced a number of delays. It was originally pushed back from its July 10, 2020 date to July 31, before being delayed again to March 19, 2021, because of – you guessed it – the ongoing pandemic.

But wait! There’s more! Sony pushed the film again to October, before eventually settling on January 28, 2022. By the time Morbius eventually arrives on the big screen, it’ll be a year and a half after the intended release date, yikes.

This means it’s due to come out after Venom: Let There Be Carnage, which (at the time of writing) has been delayed to October 15, 2021. The Tom Hardy-fronted sequel was recently delayed because of growing concerns over the Delta variant which is causing havoc worldwide.

But because vaccination rates are currently on the rise, hopefully, both Venom and Morbius make their respective dates. Since Morbius was originally intended to debut before Let There Be Carnage, it’ll be interesting to see if this has any effect on the story – since they both share the same universe. 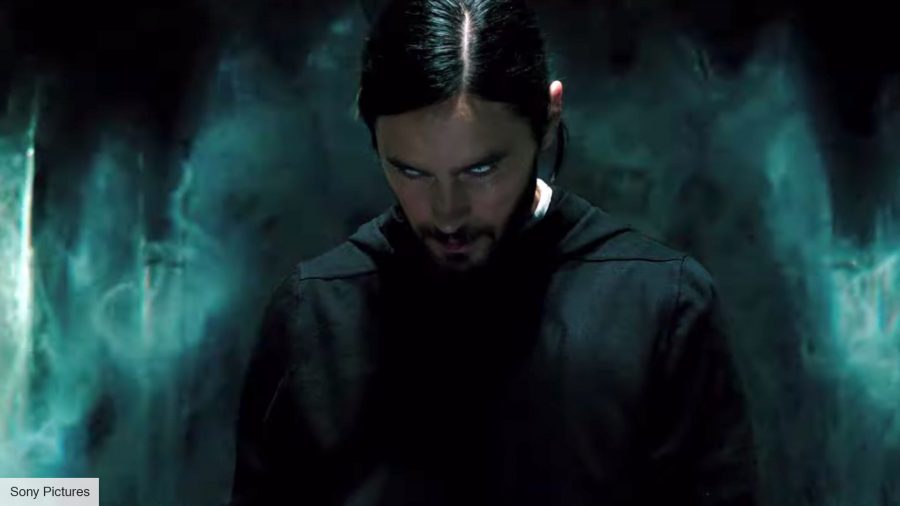 WHAT IS THE Plot of MORBIUS?

Morbius follows Jared Leto’s Dr. Michael Morbius who suffers from a rare blood disorder and treats patients with the same condition that he has. He desperately researches for a cure, which leads him to a remote jungle home to a rare vampire bat.

When the bats feed on Morbius’ blood, he winds up gaining enhanced strength, speed, and reflexes as well as an echolocation ability. Oh, his face also turns grey and he grows an intimidating set of fangs… Obviously. The villain of the film is Loxias Crown (Matt Smith), a fellow doctor who suffers from the same disorder as Morbius. But for the moment it’s not clear why they’re pitted against each other.

Doctor Who? The best sci-fi series

The first footage from Morbius also revealed Leto dressed in a prison outfit, so clearly, his bloodthirsty adventures get him in trouble with the authorities. However, that isn’t the main takeaway from the trailer because Spider-Man graffiti can be seen in the background with the word ‘MURDERER’ painted over the top. Is this a reference to the dramatic ending to Spider-Man: Far From Home, where the world assumes Peter Parker killed Mysterio? Possibly. Especially since Michael Keaton (who plays the Vulture in Spider-Man: Homecoming) briefly shows up at the end of the trailer.

It sounds like Sony has more surprises lying in wait for fans since Morbius director Daniel Espinosa might’ve revealed a cameo appearance from Venom himself in a recent interview with the Swedish outlet MovieZine. “When you walk around there, the recording looks just like a Swedish production, but then when you look at the schedule and read names like Michael Keaton, Jared Leto, Tom Hardy, then it feels cool and very exciting.” So it looks as if Morbius will meet Eddie Brock when the film eventually arrives in cinemas. 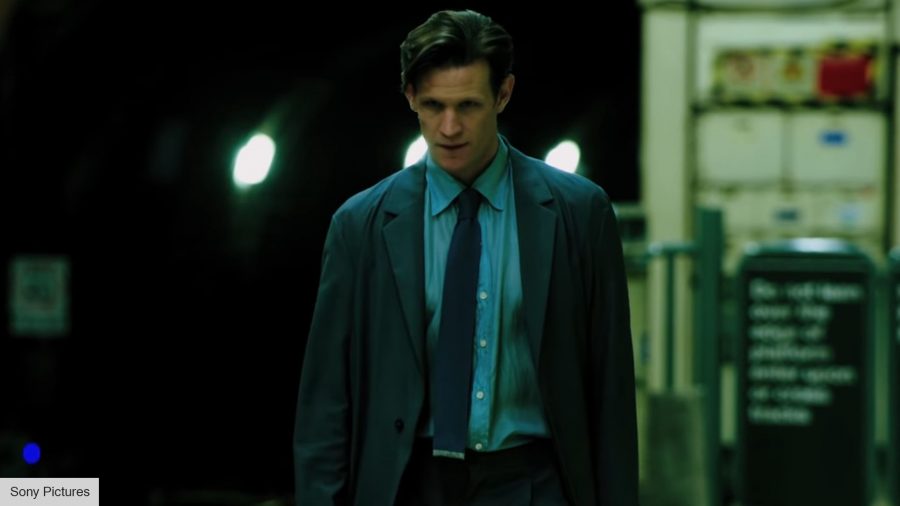 WHERE IS THE MORBIUS TRAILER?

The first Morbius trailer debuted back in January 2020, and it’s a pretty moody affair. The footage is scored to an atmospheric cover of Beethoven’s Für Elise by Elephant Music, and it briefly highlights Morbius’ debilitating condition before focusing on his newfound powers.

It doesn’t explicitly reveal how the vampire bats turn him into a Living Vampire, as we only see a brief shot of the hero(?) holding a bloody hand up in front of a bizarre machine in the jungle. From there, Morbius is leaping around corridors and fighting gun-toting goons who are presumably chasing him. 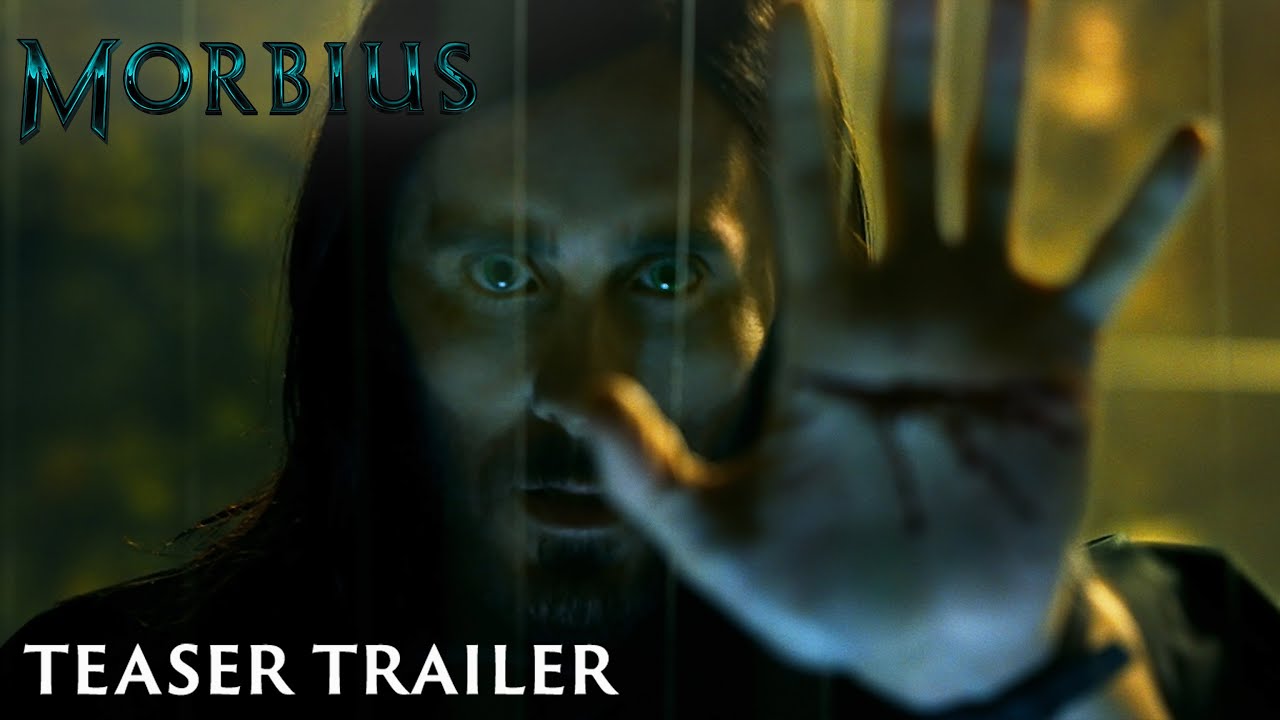 There’s also a blink-and-you’ll-miss-it shot of a smug-looking Matt Smith as Loxias Crown, although it’s not clear what his deal is. In the comics, he used to be part of Hydra before he also turned into a Living Vampire by Morbius. A villain with the same powers as the hero? Surely not! At least it looks like Sony will give Morbius his comic-accurate look, as a quick shot at the end sees a snarling Jared Leto with red eyes, grey skin and those all-important fangs.

Of course, the most tantalizing moment comes when Michael Keaton’s Adrian Toomes shows up (still in his prison outfit from Homecoming) and says hi to Morbius. Are they friends? They don’t seem like they’d hang out in the same social circles. But, who are we to judge… 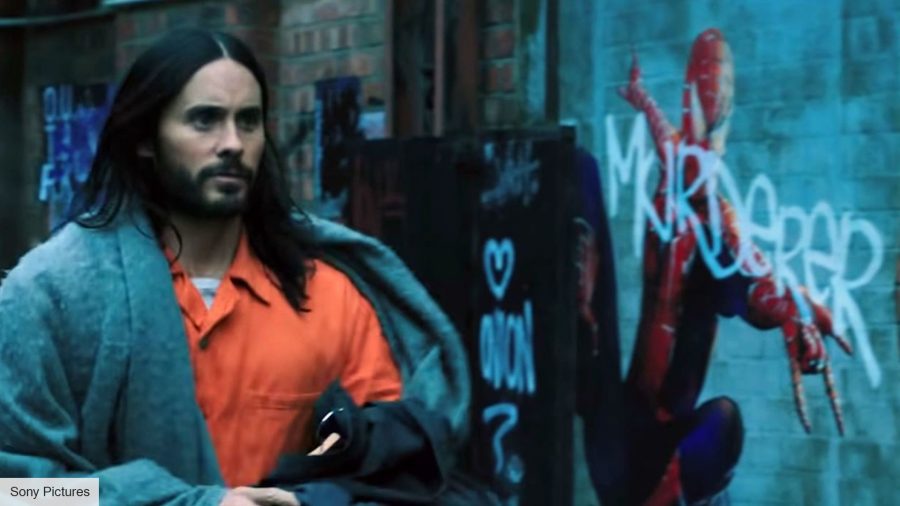 WHO IS IN THE MORBIUS CAST?

Obviously, Jared Leto leads the film as the titular Dr Michael Morbius, but some impressive stars join him along the way. Aside from Doctor Who star Matt Smith as Loxias Crown, Morbius will also have to contend with Tyrese Gibson as FBI Agent Simon Stroud.

The trailer shows Tyrese wearing some kind of cybernetic armour on his right arm, so it’ll be interesting to see how that helps him fight Morbius. The actor told Maxim, “My character was originally white, and they made him black. But I like to say he was a white guy who got a really good tan.” He also teased more about his arm, saying, “That arm has all kinds of special effects and powers, and that’s going to mess people up when they see this movie. It’s my first time ever officially being a superhero. I’ve done some superhero shit, but I ain’t never been a superhero. I had to explain this to my daughter.”

The legion of monsters: The best monster movies

Gibson is joined by Al Madrigal, who plays Stroud’s partner Alberto Rodriguez. Meanwhile, Mad Men and Chernobyl star Jared Harris will play Morbius’ mentor, although we doubt he’s got any helpful tips on how not to drink people’s blood… Adria Arjona also appears in the film as the hero’s fiance and colleague, Martine Bancroft. Audiences might know her from Netflix’s 6 Underground and Amazon Prime Video’s Good Omens. Place your bets that Morbius accidentally kills her when he first experiences his newfound bloodlust.

But will Morbius return in future films? Some reports claim Jared Leto has signed on for a trilogy of Morbius movies, but that news has yet to be confirmed by the studio, any trade outlets, or Leto himself.

Jared Leto says that Morbius and Blade could happen in the future.

However, the star did suggest that he could star opposite Mahershala Ali’s Blade in the future when asked about the possibility of facing the vampire hunter on The Late Late Show with James Corden, saying, “That is a good question, and I could see that happening in the future. I could see that happening, yeah.” You’ll just have to watch this space.