Who are all the Loki variants? If you’re up to date on Loki, the Marvel Cinematic Universe series on Disney Plus, you’ll know there’s quite a few of them now. Scattered throughout time and space, several varieties of Loki have been created, and the Time Variance Authority is having a hard time trying to keep them all in check.

At the end of the first episode, we learn there’s one other Loki, who turns out to be Sylvie (Sophia Di Martino), the co-protagonist of the show. In the fourth episode’s post-credits scene, ‘The Nexus Event’, we get a few more, making for a proper gang of different Lokis, each from a different timeline. It can be more than a little confusing, regardless of your knowledge of Marvel comics canon.

We’re going to explain each of them – their history in the comics, their powers, and what narrative function they might serve – giving you a comprehensive guide to any Loki that isn’t played by Tom Hiddleston. Be warned, some spoilers ahead, and things are about to get weird.

How many variant lokis are there? 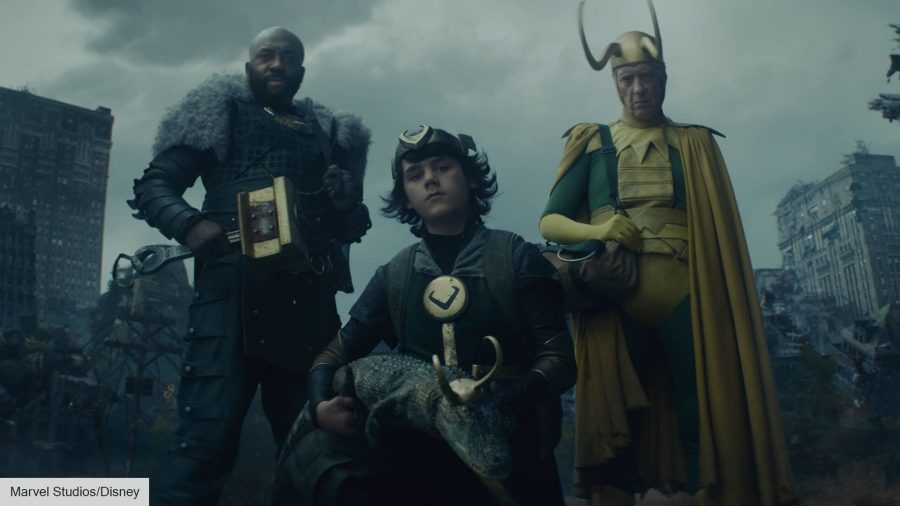 Right now, after ‘The Nexus Event’, there are five Loki variants after our one. Sylvie is the first we see, and then we meet four more. Loki is pruned during a battle in front of the Time-Keepers, and awakens in The Void, surrounded by other Loki variants. We have Boastful Loki (DeObia Oparei), Kid Loki (Jack Veal), Classic Loki (Richard E. Grant), and Alligator Loki.

Two of the five have a specific history in the comics, two seem like amalgamations, and the other appears to be completely original. We’ll get to which is which. 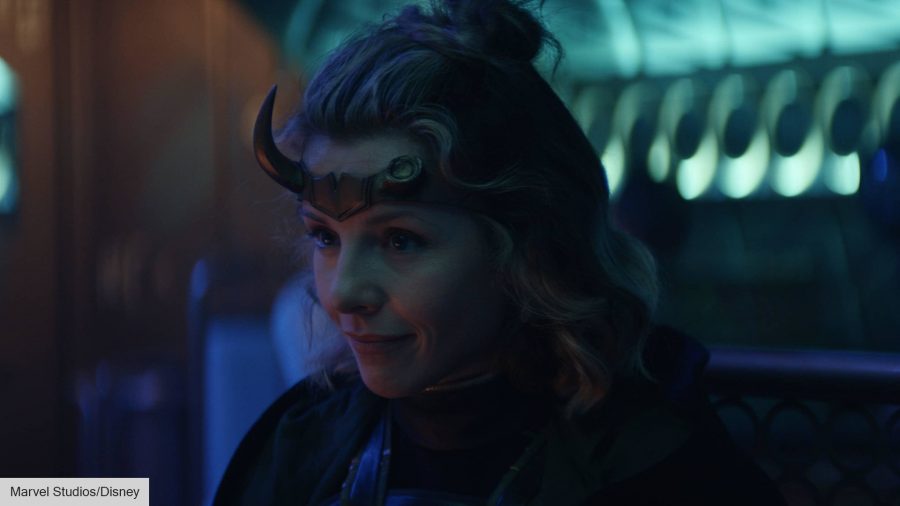 After episode three, ‘Lamentis’, it seemed like Sylvie was a nod towards the Young Avengers. This could still be the case, but her history is different from the established female Lokis. She was taken from her timeline as a child by the Time Variance Authority, but managed to escape before sentencing.

She’s grown into adulthood running from them, hiding out in apocalypses, biding her time until she could strike back. Though she resembles Lady Loki, her story contains elements of both Lady Loki and Sylvie Lushton, but appears mostly original – for now, at least.

Who is Kid Loki? 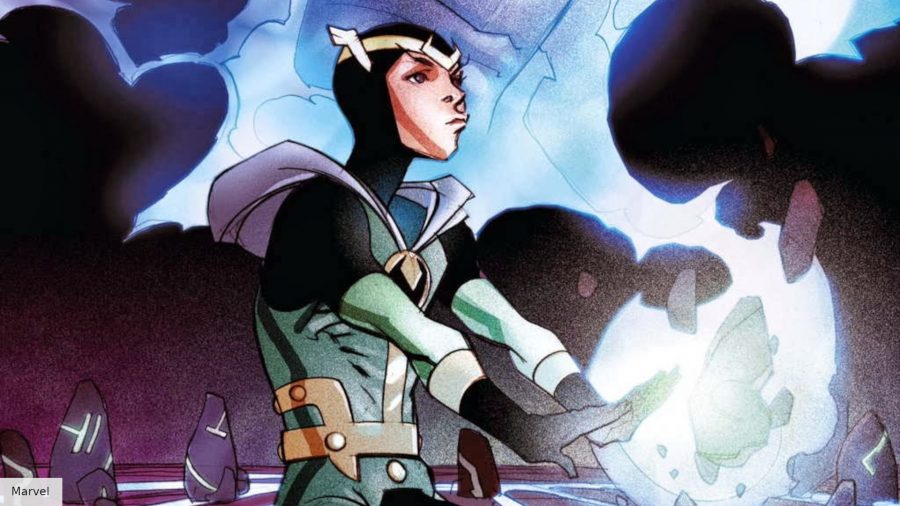 At the front of the pack that Loki meets after being pruned is Kid Loki, a younger incarnation of the Loki Laufeyson we’re already familiar with. During Matt Fraction and Pasqual Ferry’s run on Thor in the early 2010s, Loki managed to reincarnate himself as young Loki by tricking Hela to escape death.

This youngster has broadly the same powers, only less developed skillswise. His temperament is slightly more naive and good-natured than his adult counterpart, allowing to be manipulated more easily, but also making him more likely to do something heroic. He has a closeness to Leah, a servant of Hela, and his introduction could mean another Hela appears somewhere down the line.

Who is Boastful Loki? 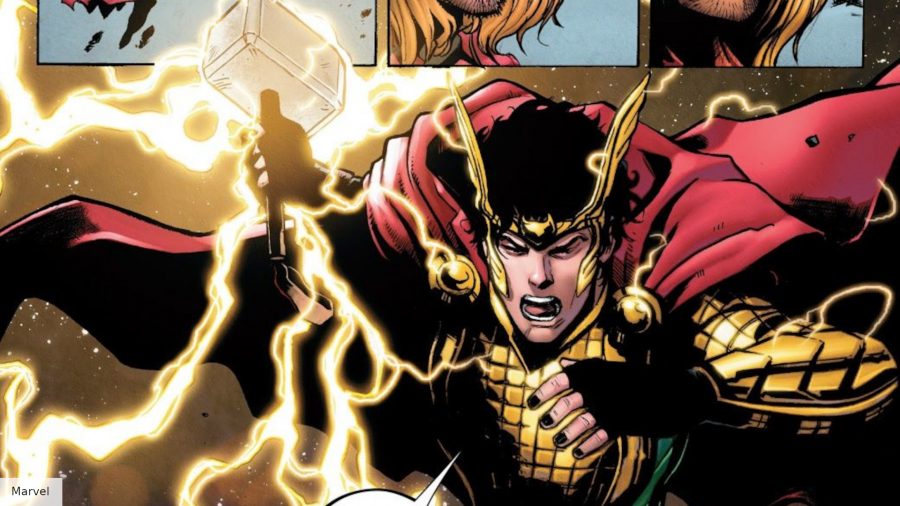 Over Kid Loki’s right shoulder is another Loki, who’s credited as “Boastful Loki”, wielding a hammer, and not wearing a helmet. The fur on his shoulders and the hammer points towards more recent depictions of Loki in the comics, where the trickster God has managed to wield Mjolnir – though, it should be noted, all these occurrences happened because of a change in the rules, Loki has yet to be “worthy”, per say.

Alternate timelines mean alternate Mjolnirs, though, so this could mean anything. During one storyline, Axis, in Loki: Agent of Asgard by Al Ewing and Jorge Coelho, Loki’s personality is inverted to where he is worthy, but also completely arrogant about it. Not a huge difference between boastful and arrogant, so we’ll see.

Who is Classic Loki? 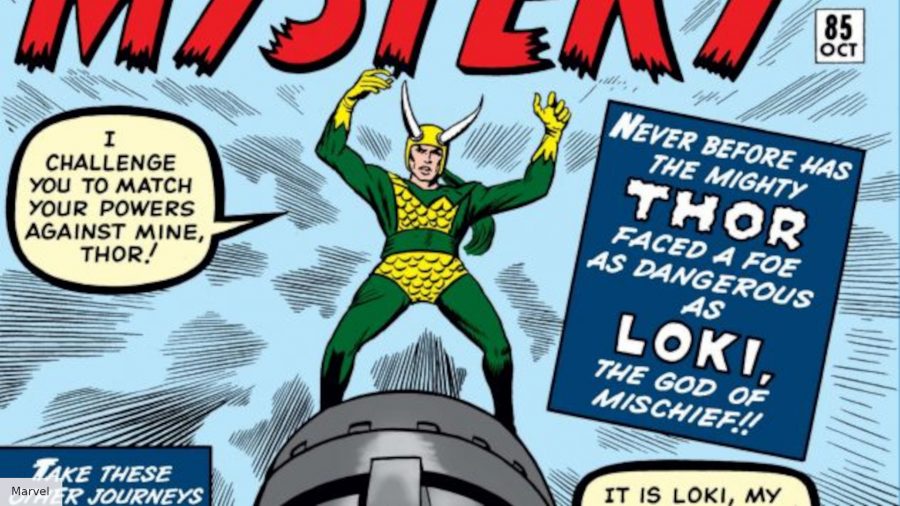 Over Kid Loki’s other shoulder is Richard E. Grant after taking a wrong turn on the way to WandaVision’s Halloween episode. Grant is dressed in a latex suit similar to the attire Loki wears in Journey into Mystery #85, in a short story by Stan Lee, Larry Lieber, and Jack Kirby.

This was Loki’s introduction to the Silver Age of comics, and he’s essentially a high-concept prankster. He attempts to trap and fool Thor at every turn, constantly getting up to no good for the sake of it. Don’t be too surprised if Classic loki throws a spanner in the works just for the sake of it.

Who is Alligator Loki? 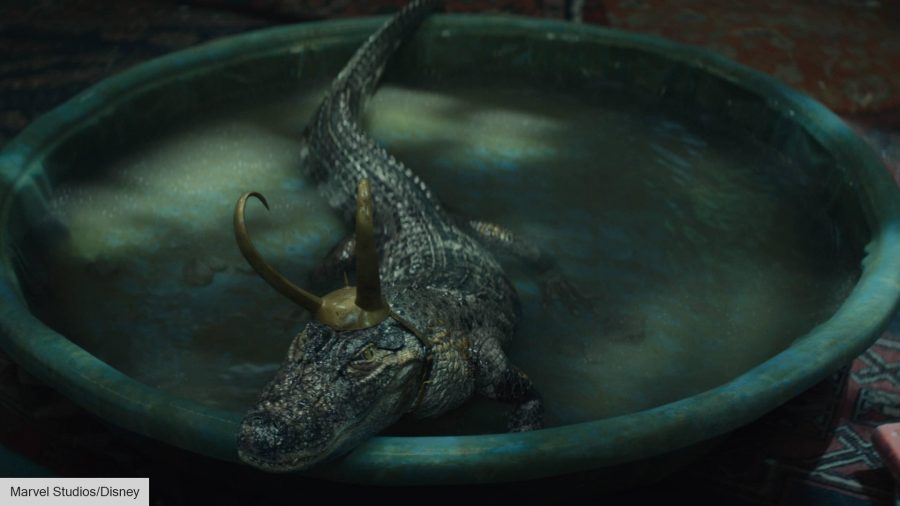 What if Loki came from a family of alligators? Sure, why not. No formal history in the comics, but Thor became a frog once, why can’t Loki have a reptilian form too?

We don’t know anything about this one, other than it’s already our favourite. Are you going to argue with an alligator that has the power of Asgard? We didn’t think so. All hail Alligator Loki.

Who Is President Loki? 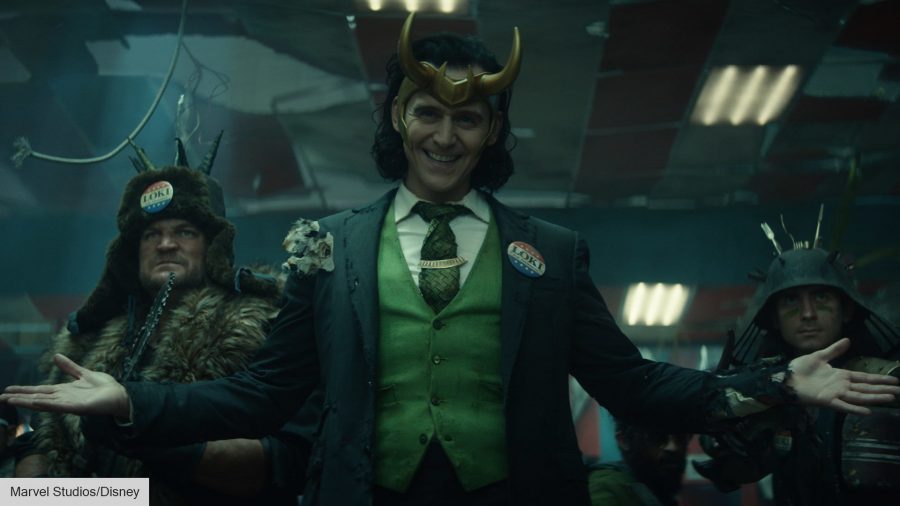 Many Lokis are in The Void, and some of them have more initiative than others. A copy of Tom Hiddleston’s Loki, this one views himself as something of a fine candidate for leadership, and he amasses quite the following by the time he shows up.

He’s a recent addition to Marvel canon, having been introduced in the Vote Loki miniseries from 2016, written by Christopher Hastings with art by Langdon Foss. There, Loki vies to be president of the United States. Filling his wardrobe with the finest suits, Loki hits the campaign trail, much to everyone’s confusion. In fairness, not the worst option, is he?

That’s every Loki variant so far. We’ll update when more are introduced, and as more information is revealed about each of these characters.