In 1982, Tron saw its hero trapped inside the confines of an arcade game, where the limitations of the real world ceased to matter. Nearly four decades on, Free Guy, starring Ryan Reynolds, inverts that premise by having an in-game NPC break through their illusory world. Opposing sides of the same formula, they demonstrate both how far Hollywood has come in understanding videogames, and how little has changed.

Movies based around videogames have a bad reputation, and for good reason. Those adapted from established IP, like Tomb Raider or Mortal Kombat, are usually just OK at best and tripe at worst. Others that try and incorporate elements of games into their cinematography or narrative, like Hardcore Henry or Jumanji 2, do fair better, but mostly on novelty rather than anything substantial.

Despite the game industry being the largest entertainment sector, producers and movie studios continue to struggle with capturing what we like about games in a filmic way. From the ‘80sto now, we’re still looking for that defining crossover between the two mediums, and from the looks of things, it may be a while yet before that happens.

Tron itself presents a strong case study on why this has all proven so difficult. In the science fiction movie, Jeff Bridges plays a videogame developer, Kevin Flynn, who’s digitised into a blue-and-orange virtual realm. Light cycles whiz by, neon frisbees are weapons, and Flynn can alter the world using programming code. Even at a point when home videogames were in their infancy, Tron had a good read on the general attraction.

Conceived as an exploration of special effects inspired by Pong, the adventure movie was one of the first to make heavy use of CGI. Director Steven Lisberger had to shop around the concept before Disney eventually agreed to produce, and though the box office returns weren’t terrible, the studio considered it a failure. It was an expensive experiment that didn’t get the necessary results.

It was swiftly followed by two more reality-bending pictures in 1983: a segment in the anthology Nightmares has Emilio Estevez literally consumed by his favourite game, and WarGames, where a hacker plays war but it’s with actual missiles. Another of similar ilk, The Dungeonmaster, followed in 1985, about a programmer who uses sentient AI to battle an evil wizard. Digital paranoia was taking hold, with plenty of pearl-clutching over kids and their Dungeons & Dragons, and these new-fangled machines that’ll warp their fragile little minds. 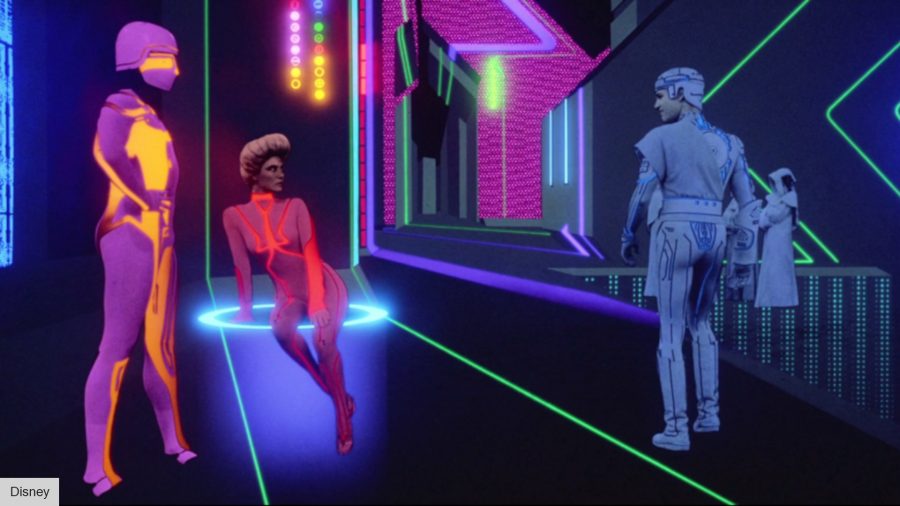 The trend didn’t really take off until the late ’80s, when Nintendo and Super Mario showed there’s plenty of money to be made. In 1989, The Wizard acted as a love letter to the way videogames spoke to disenfranchised kids, with traumatised Jimmy Woods goes on a roadtrip to compete in a Super Mario Bros 3 tournament.

The film is more about games than strictly trying to adapt any, and the suggestion of a more sincere outlook towards this new wave of interactive media was short-lived. During the early-’90s, a glut of videogame blockbusters would irrevocably stain the notion of big screen adaptations. Between 1993 and 1995, Super Mario Bros, Double Dragon, Street Fighter, and Mortal Kombat proved there were many ways to distort, misunderstand, or wilfully ignore the source material.

Super Mario Bros, featuring the bargain bin holiday resort version of the Mushroom Kingdom, and seven-foot, trenchcoat wearing Goombas, was such a failure it put Nintendo off working on anything with US filmmakers for years. Street Fighter and Mortal Kombat are fun and campy, with game-accurate costumes and some wickedly dedicated performances, but they don’t really capture the spirit of their games. Double Dragon is just sort of boring, an egregious error when adapting a beat ’em up. 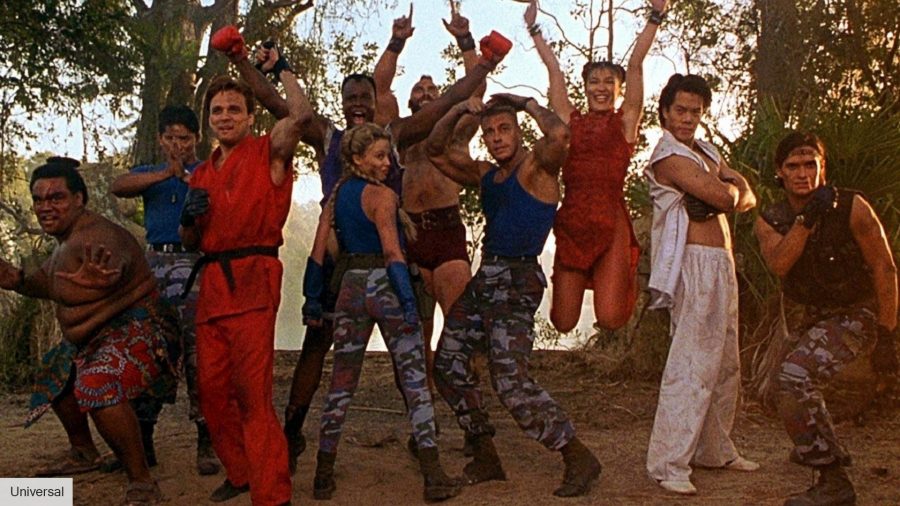 These set a low bar some would manage to cross. Wing Commander and Lara Croft: Tomb Raider yielded functional, if humdrum, action movies, and Resident Evil is a fine zombie movie despite taking liberties with the horror game’s premise.

Paul W. S. Anderson’s Resi film may have introduced a new lead character, Alice (Milla Jovovich), and toyed with the dark and dreary mansion backdrop, but it understood Resident Evil’s heightened tone. The underground lab is a maze of booby traps and locked doors, and the zombies all feel like a menacing threat, especially with limited resources. Tomb Raider, too, at least had Angelina Jolie wielding berretta pistols for a considerable portion.

There’s a sense someone involved in production actually played the games, and thought about why people like them. Narrative concessions were made to keep a certain vibe that had some resemblance to what a player gets out of doing the same thing with a controller. For most live-action videogame movies – including much of what came after – there’s a fundamental disregard for anything existing fans already get out of interactive storytelling. 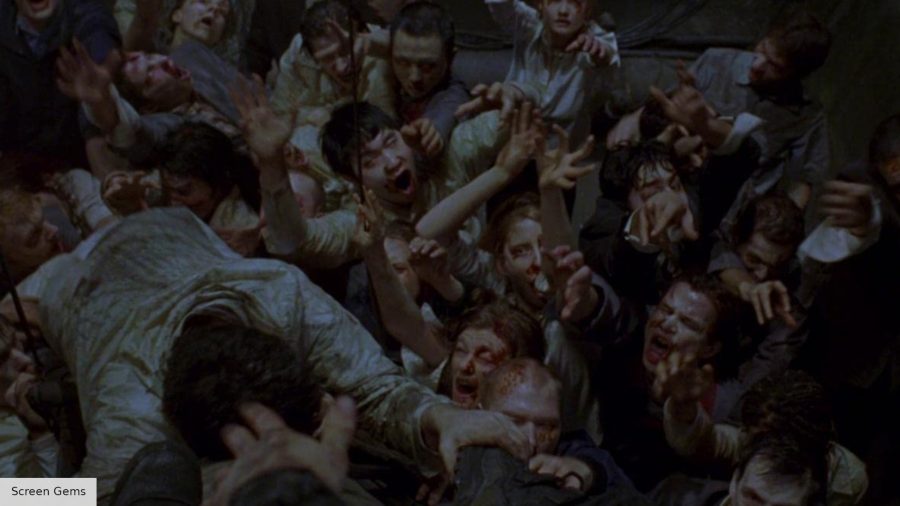 Doom, House of the Dead, Hitman, are all so far removed from what they’re adapting as to feel actively cynical, condescending even. Not even Dwayne Johnson, Karl Urban, and an awesome first-person sequence can redeem Doom’s trudging attempt at an Aliens rehash, and less said about House of the Dead and Uwe Boll’s repeated efforts in this area the better.

Dead or Alive, Max Payne, Tekken, major production houses kept taking the floor as a challenge for these vanilla interpretations of beloved, ongoing properties. Questionable acting, wooden direction, and a visual tone that seems derived from slightly gone off energy drinks. They’re videogame movies made without any want or care for why people invest hundreds of hours into these characters, worlds, and stories.

From other worlds: The best science fiction movies

While adaptations have continued to roll in the mud, Prince of Persia: the Sands of Time, Need for Speed, and Assassin’s Creed just gliding through cineplexes without a second word, movies borrowing aesthetic and mechanical cues are finding success. Disney movie Wreck-It Ralph captures the zest of gleefully moving around an arcade, and Doug Liman’s Edge of Tomorrow cleverly uses endless respawns to bolster the wartime weariness. 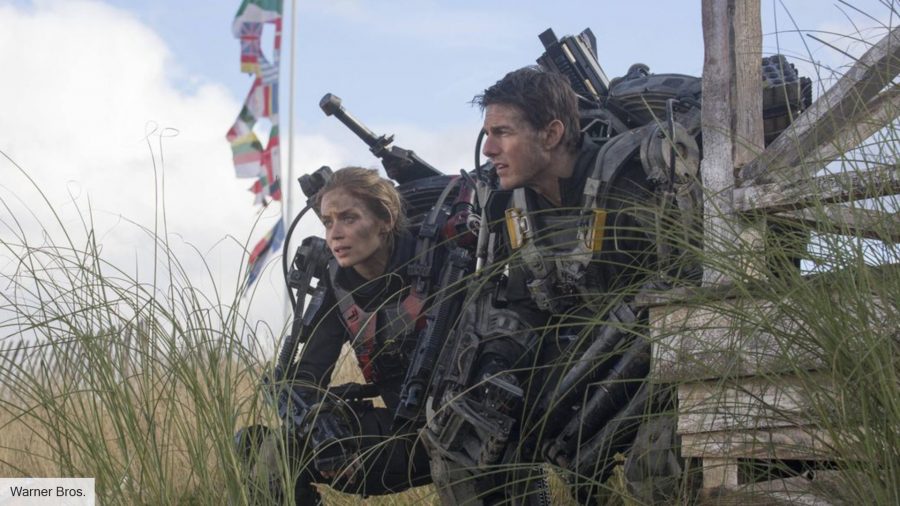 The actual substance of videogames is being utilised, the things that make the medium distinct and enthralling. Studios are coming back around to what Tron was trying to do, to positive results. Free Guy, with its joys of activating God mode in an open sandbox, is a hundred million dollar tentpole featuring Ryan Reynolds, one of the most popular American stars of the moment. The zeitgeist isn’t that games are trapping us any more, it’s that games offer unlimited freedom that’s worth embracing.

All the while, we’ve gotten live-action Pokémon and Sonic the Hedgehog movies that complement the legacy of their characters. Studios have also learned that not every one of these has to be a blockbuster, as evidenced by the sound thriller movie Werewolves Within. Eli Roth’s Borderlands movie and Ruben Fleischer’s Uncharted provide more reasons to be optimistic. Maybe, just maybe, after forty years, Hollywood has seen what we see in videogames, and decided to grab a controller for itself. 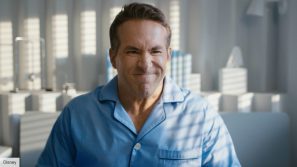