Another live-action adaption of a classic Disney movie is reportedly in the works. According to Deadline, the House of Mouse is developing a live-action version of the hit 1970s animated movie The Aristocats.

Sources tell the publication, that the production is currently in the early stages of development, with Will Gluck ( Peter Rabbit) and Keith Bunin (Onward) set to write the script. Gluck will also be producing the live-action Aristocats through his Olive Bridge Entertainment banner. The original animation from the ‘70s told the story of a family of pampered Parisian cats who are set to inherit the large fortune of their owner. The felines are catnapped by a jealous butler and have to find their way back home with the help of a charismatic stray tomcat.

Currently, it is unclear if Gluck’s and Bunin’s new live-action version of Aristocats will stick to the original’s story, as plot details are still being kept under wraps. However, we do have some clues on what the upcoming family movie will potentially look like. Deadline’s sources did reveal that the look of the live-action main characters would be similar to the style seen in the 2019 Disney Plus movie, Lady and the Tramp.

The original Aristocats is one of the studio’s most beloved films and stands as a box-office hit, grossing a total of $191 million worldwide. We are curious to see if the new iteration can match its predecessor’s success.

This is just the latest Disney live-action adaptation to be coming out of the Magical Kingdom. The studio is currently working on a handful of other projects such as The Little Mermaid, Snow White and the Seven Dwarves, and Pinocchio.

While we wait on more Aristocats news, here are our lists of the best Pixar movies and best kids movies of all time. 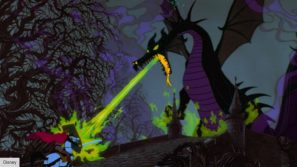