Disney has finally finished filming its highly anticipated live-action remake of The Little Mermaid. In celebration, actor Halle Bailey has shared a first look at the underwater princess Ariel, showing herself posing in the waves and smiling happily as production officially wraps up. Shared via the young star’s social media pages, the pic gives us a sneak peek at the reimagined classic Disney fishy character, and is also captioned with a personal message from Bailey, sharing her feelings about the production and Covid-19.

The picture shows Bailey on the coastline of Sardinia in Italy, where filming for the movie took place. The star is slightly submerged by the ocean – presumably hiding a fishtail – against a picturesque sunset backdrop. This is the first time we’ve seen Ariel in water, and Bailey’s post has reminded us all just how long we’ve been waiting for this aquatic blockbuster to hit the big screen.

Due to Covid-19 complications, filming for the Disney movie, which initially began in 2019, suffered delays, and only resumed in 2020.

“After auditioning for this film when I was 18 just about to turn 19, to now finishing filming through a pandemic when I turned 21…we have finally made it. I feel so grateful to have experienced this film in all of its glory.” Bailey captioned the picture, “It has been the toughest experience being away from everything and everyone I’ve ever known, to feeling self-doubt/ loneliness, but also feeling such freedom and perseverance as I’ve reached the end.”

The heartfelt message signals that the movie is finally on its way to Hollywood, although no release date has been disclosed just yet. The picture also hints that Ariel will be ditching her iconic purple shell top and green fishtail. However, before hardcore Disney fans fall into a state of anxiety, previous leaked set photos gave us a glimpse of Bailey on land, wearing a costume reminiscent to a scene from the original animated movie.

While we wait for Disney to give us a premiere date and more underwater pics, why not look over a few more animated classics with our list of the best Pixar movies. 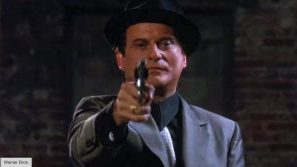