Jon Hurwitz, one of the creators of the hit Netflix TV series Cobra Kai, has said that we can expect to see more martial arts drama on our screens in the future. Taking to Twitter yesterday, Hurwitz shared that multiple Karate Kid and Cobra Kai spin-offs are being discussed, and a few may even be in development.

Cobra Kai is the popular spin-off series of the classic ‘80s movie The Karate Kid. Taking place 30 years after the events of the original drama movie, it sees rivals Daniel LaRusso (Ralph Macchio) and Johnny Lawrence (William Zabka) return as adults and reigniting their childhood feud. Created by Jon Hurwitz, Josh Heald, and Hayden Schlossberg, the series has quickly become one of the streaming service‘s most popular pickings since releasing back in 2018.

Season four is expected to drop in December, and Netflix has already greenlit season five for the TV series. There is obviously a demand for tense relationships and hand to hand combat tournaments. During a Q&A on his Twitter page, the creator answered a series of questions about Cobra Kai’s future and new potential spin-offs.

“We’re batting around ideas for various Karate Kid/Cobra Kai spinoffs. Some further along than others. Won’t spoil anything beyond that,” the showrunner revealed in one tweet. Hurwitz went on to explain the large scope of his future plans for the story writing: “We have lots and lots of plans, both inside and outside of the Miyagiverse.”

We’re batting around ideas for various Karate Kid/Cobra Kai spinoffs. Some further along than others. Won’t spoil anything beyond that. #CobraKai https://t.co/Ixt5qefJP9

We have lots and lots of plans, both inside and outside of the Miyagiverse. #CobraKai #CounterbalanceEntertainment https://t.co/orvaiiH3n0

Although Hurwitz didn’t discuss the details of his said plans, looking at Cobra Kai and the Karate Kid films, he has plenty of options available. The 30-year gap between Johnny and Daniel can be explored, and there is even the opportunity to do a prequel series for the iconic martial arts teacher Mr Miyagi.

Only time will tell what Hurwitz has in store for us. Stay tuned for updates. In the meantime, here is our list of the best action movies of all time. 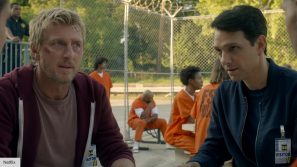 Cobra Kai season 4 release date, trailer, cast, and more
Get involved Continue the conversation over on The Digital Fix Forum