Production is coming along on the Last of Us TV series. Neill Druckmann, director of the horror games, has completed work on his episodes.

Druckmann shared the news on Twitter, with an image of his clipboard for the show, and a branded hat. Episodes are currently shooting in Calgary, Alberta, in Canada, and Druckmann joked about wanting to head back to his warmer climate in the US. “My time in Canada has come to an end,” the tweet says. “To the best TV crew in the world, thank you for your incredible work, your passion, and for making me feel so welcome! I will miss you terribly!”

In addition to sitting in the director’s chair, Druckmann has been involved in HBO’s adaptation from the ground up. He co-developed and co-wrote the sci-fi series with Craig Mazin, who previously spearheaded Chernobyl. Unfortunately, the tweet gives little suggestion as to what Druckmann’s episode looks like, or how far along the production is in general, but that he’s heading back to work on whatever Naughty Dog is up to suggests the actual filming might be done in general.

We did get our first look at HBO’s The Last of Us only recently, with a shot of Pedro Pascal’s Joel and Bella Ramsey’s Ellie. Cards are being kept close to everyone’s chest, but the image makes it look like we’re for something quite accurate to the survival games.

Alas… my time in Canada has come to an end. To the best tv crew in the world, thank you for your incredible work, your passion, and for making me feel so welcome! I will miss you terribly!

Excited to return to Naughty Dog (and some warmer weather!) ♥️ 🇨🇦 pic.twitter.com/A9hsy7gPpA

Based on the game of the same name, The Last of Us will follow Joel and Ellie on a cross-country trip through zombie-torn US. Many of the characters from the games have been cast, including Joel’s daughter, and Tess.

We don’t know exactly when the Last of Us is due to start airing, but the production budget is believed to be around eight figures per episode. We’ll keep you informed – in the meantime, here are the best zombie movies of all time. 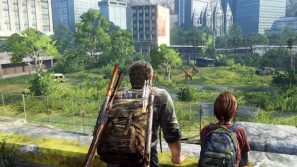