Get ready to return to a galaxy far, far, away because The Mandalorian season 3 has finally started production. Carl Weathers, who plays Greef Karga on the Disney Plus sci-fi series, confirmed the news on Twitter.

“Mandalorian, season 3 begins for yours truly, on (sic) tomorrow. Greef Karga will be back on Disney Plus,” he posted. Unfortunately, The Predator star didn’t share any more information about the upcoming season, not that we expected him to reveal the fate of Baby Yoda or anything. Still, it would have been nice to have some info about the upcoming  Star Wars series.

Production on The Mandalorian’s third season was slightly delayed because of the new Obi-Wan Kenobi series. Mando’s third outing was initially supposed to start filming in June, after The Book of Boba wrapped, but the Kenobi team were using the special soundstages so the crew had to wait for them to finish before shooting could begin. Showrunner John Favreau has also said that new measures put in place to prevent the spread of Covid-19 shouldn’t impact production too much as so many of the show’s cast wear masks and helmets.

Plot details about season 3 of The Mandalorian are being kept more secret than the plans for the Death Star, but we know a few details. Weathers is obviously returning, as is Giancarlo Esposito, who plays the ruthless Moff Gideon. Pedro Pascal, the man in Mando’s iconic beskar armour, is coming back as well.

Mandalorian, season #3 begins for Yours Truly, on tomorrow. Greef Karga will be back on Disney+. #BePeace

There’s no confirmed release date yet for The Mandalorian season 3 but don’t worry; we’ll be heading back to the Star Wars universe soon enough. The Book of Boba Fett is set to hit the streaming service Disney+ on December 29 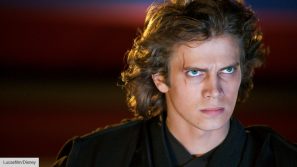