Squid Game creator Hwang Dong-hyuk has confirmed a second season of the hit Netflix TV series. Hwang says that demand was so high, there’s no choice but to continue the story.

The news was shared by Hwang in an interview with the Associated Press. Hwang is asked about the status of a new season, and said it’s currently in development. “There’s been so much pressure, so much demand, and so much love for a second season. So I almost feel like you leave us no choice,” Hwang says. “But, I will say there will indeed be a second season. It’s in my head right now. I’m in the planning process currently.”

Don’t get too excited, mind. Planning is such that a release window is unknown at present. Hwang explains that “it’s too early” for an estimation of when cameras will start rolling and we’ll get a look at it. There’s a movie Hwang wants to make before the new season becomes priority, and while it’s unknown if that’s taken a backseat, it’s clear Squid Game isn’t the only thing he’s working on.

A massive surprise hit on the streaming service, Squid Game dethroned Bridgerton as the most watched show on Netflix. The interest is so high, basketball legend LeBron James checked it out, and had some contentious thoughts on the ending.

COMEBACK SQUID: Hwang Dong-hyuk, the director, creator, writer of #SquidGame says the show will be back with more Gi-hun adventures. pic.twitter.com/uqC1DIdZqy

Centred on several hundred people who’re competing for a cash prize that will clear their crippling debts, the sci-fi series leaves several possible threads for another season. Hwang has said he’d like to further explore South Korean police in any follow-up he does. At present, it’s unknown who, if any, of the original cast will return.

Squid Game is on Netflix now. 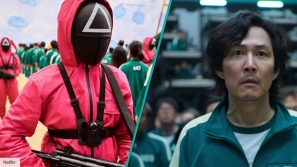