Squid Game season 2 may not have been confirmed yet, but the show’s creator is already thinking about new potential storylines. In an interview with The Times, Hwang Dong-hyuk explained that if Netflix does greenlight another series, then the focus will be on the police and those who oversee the games.

“If I do get to do one — one would be the story of the Front Man [a former police officer who oversees the titular game]. I think the issue with police officers is not just an issue in Korea,” he explained. “I see it on the global news. This was an issue that I wanted to raise. Maybe in season two, I can talk about this more.”

Hwang Dong-hyuk also said that Lee Jung-jae might return as Seong Gi-hun. The last time we saw Gi-hun, he’d managed to win the titular killer games, but the trauma he endured during them meant he was unable to move on with his life. With nothing else to live for, the series ended in a way that implied the former chauffeur was going to try and re-enter the games in an attempt to bring them down from the inside.

A runaway hit for Netflix, Squid Games is one of the streaming services most popular TV series ever. The show is set to overtake Bridgerton as the most-watched series on the platform, and it’s dominated social media since its release in mid-September.

Not even Netflix’s own co-CEO Ted Sarandos knew how popular the series would be, admitting to Variety that: “We did not see that coming, in terms of its global popularity.”

If you love the twisted world of Squid Game, then check out our guide to the best horror movies of all time. 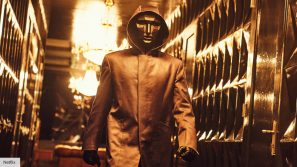