That Predator prequel you absolutely remembered was happening has finished production. One of the filmmakers on the science fiction movie took to Instagram to celebrate the milestone.

Cinematographer Jeff Cutter shared the post showing a clapperboard adorned with the Skulls logo – in the classic Predator typeface – laying against a tree in some jungle or forest location. “And that’s a wrap on Skulls! Can’t thank [Dan Trachtenberg] enough for inviting me along on this epic journey and entrusting me to help achieve his vision for this film!” Cutter captioned the post. “Thanks to a great cast led by [Amber Midthunder], [Dakota Beavers], and [Dane Diliegro], and much love to a brave Calgary crew for diving headfirst in with us!”

Details are still scarce on the horror movie sequel. Trachtenberg was revealed as director in 2020, and producers John Davis and John Fox, who also worked on Jungle Cruise, have said the main protagonist is a woman. Skulls is likely a working title, since it used to be known as Skull, and that’s it, really. Though what else is needed – someone will fight a Predator, there’ll be explosions, the usual.

Hopefully whatever Skulls turns out to be is better than 2018’s the Predator from director Shane Black. A comedy movie for all the wrong reasons in parts, Black’s action movie didn’t move the needle much for the franchise as whole. Obviously, 20th Century Studios, and parent Disney, still see some potential here.

And if someone’s going to get the classic action-horror series on the right track, Dan Trachtenberg’s as good as anyone. Having directed paranoid monster movie 10 Cloverfield Lane, and the opening episode of The Boys, he knows genre filmmaking, and has the success to prove it.

Skulls is expected to release next year, in time for the 35th anniversary of the original Arnold Schwarzenegger ’80s movie. We’ll let you know the date when we can, so you can get to the cinema in time. 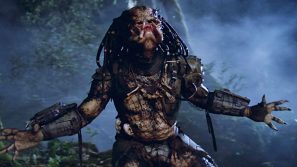