What is the Young Royals season 2 release date? The Swedish Netflix series proved to be a hit when it was released on July 1, 2021. After just ten days, Netflix statistics show that the drama series racked up over nine million viewing hours, as well as spending a week on the streaming service‘s Top 10 list.

It also has a Rotten Tomatoes audience score of 99% and was recently nominated for a Ria Award — a prestigious accolade established by the Swedish Film & TV Producers’ Association in order to celebrate the best of Swedish television.

The TV series follows Prince Wilhelm of Sweden (Edvin Ryding), who is forced to attend the fictional elite boarding school Hillerska after a club fight caused a very Royal scandal. As he adjusts to his new surroundings, he finds himself falling in love with classmate Simon Eriksson (Omar Rudberg). Given the explosive success of season 1, it’s no wonder people are wondering what the Young Royals season 2 release date is — so we’ll do our very best to track down all the information we know, or at the very least, make some educated guesses.

Although a season 2 for Young Royals was announced in September 2021, filming did not commence for the new series until February, 2022, with Netflix teasing the new season with a video of Ryding and Rudberg back on the grounds of Hillerska.

Fortunately, the filming process seems to have gone off without a hitch, with Netflix announcing that they had wrapped on May 11. Assuming that they don’t start adding in VFX aliens and are sticking to a six-episode format, post-production shouldn’t take too long — but it might end up just missing the July release date they established in their first season.

That’s a wrap on Young Royals Season 2! Can’t wait for everyone to see what’s next for Wilhelm and Simon 👑 pic.twitter.com/qzuO5JZ4Rk

With that in mind, it seems likely that we will be getting new episodes in either the early autumn or late summer of 2022, depending on how long production takes.

After August leaks Simon and Wilhelm’s sex tape, it all, unsurprisingly, kicks off. With his family asking him to protect the crown, Wilhelm is forced to deny that it’s him in the video. To make matters worse, Simon dumps Wilhelm after the latter asks him if they could stay together in secret: to which Simon responds that he won’t be anyone’s secret.

Most likely, season 2 will deal with the wider fallout of the sex-tape leak and the knock-on effect it has had on Simon and Wilhelm’s lives. Although the two are broken up for now, we don’t think they’ll stay that way given that the pair still clearly have feelings for one another. But with all the external forces keeping them apart, it looks like we will be seeing a bit of a will-they-won’t-they situation.

We can also expect more fireworks in the upcoming season with August and Simon’s family, with August secretly striking up a relationship with his sister, Sara. Given that he is the one who leaked Simon’s sex tape, we have a feeling that Simon and his mother Felice won’t be feeling too fond of Sarah’s new beau.

Speaking to The ANTI Magazine, Omar Rudberg, who plays Simon, teased that a second season of Young Royals would mean the drama goes up “another level.”

Although the leaked sex tape definitely put a spanner in the works for Wilhelm, he hasn’t been thrown into another random boarding school (yet). This means that we can expect the vast majority of the season 1 cast again, including leading men Edvin Ryding (Wilhelm) and Omar Rudberg (Simon), Pernilla August (Queen Kristina of Sweden), Malte Gårdinger (August), Frida Argento (Sara), and many more.

Someone that we can safely assume is not coming back is Ivar Forsling, given that Prince Erik, Wilhelm’s brother, is now dead. It’s also likely that some new cast members will appear to shake things up, although none have been announced as of yet.

Where can I watch Young Royals season 2?

Young Royals is a Netflix original, meaning that it’s exclusive to the platform. This means that like season 1, Netflix will be the only place you can watch season 2 of Young Royals. 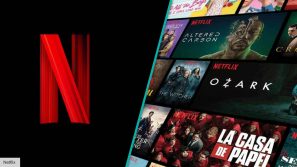 {"schema":{"page":{"content":{"headline":"Young Royals season 2 release date speculation and more","type":"guide","category":"netflix"},"user":{"loginstatus":false},"game":{"publisher":"","genre":"Netflix","title":"Netflix","genres":["Netflix","TV","Movies"]}}}}
We sometimes include relevant affiliate links in articles from which we earn a small commission. For more information, click here.
Trending in TV